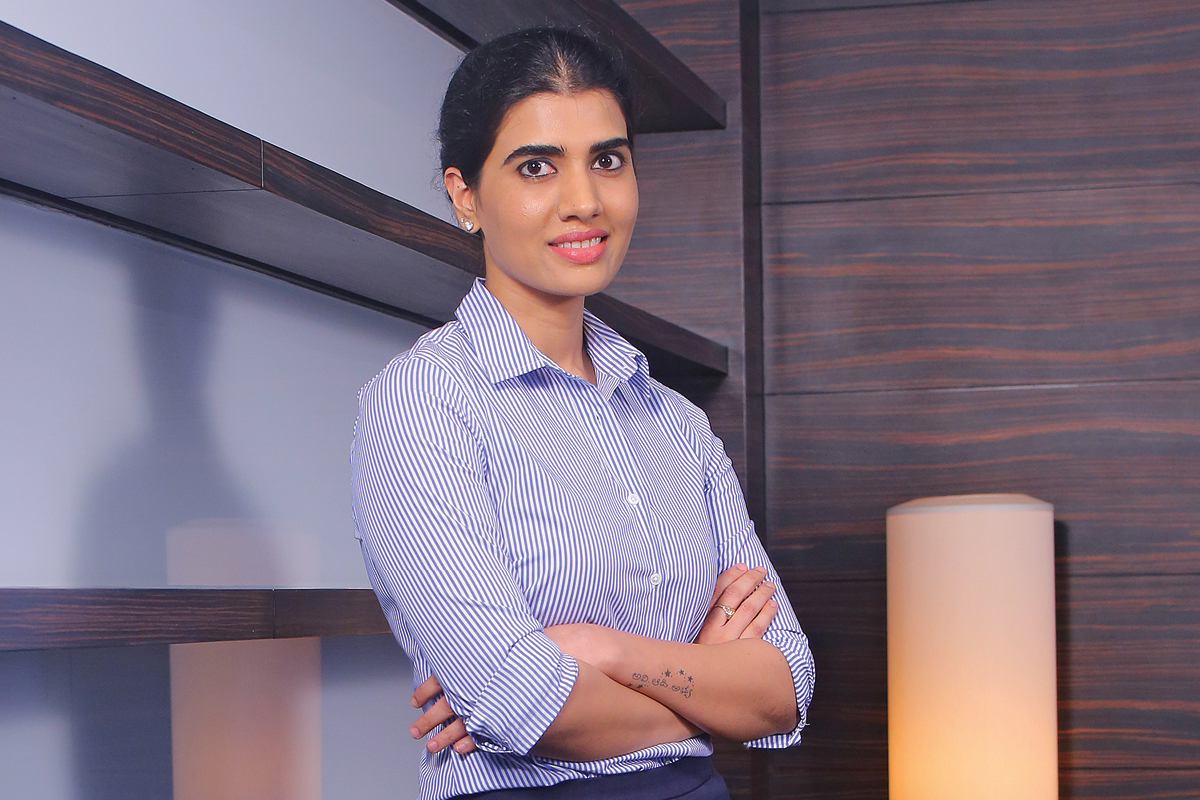 When Aparna Reddy’s family started a construction company in 1990, the majority of the discussions at home were about the business and its activities. “Growing up, I saw the effort that went into it,” she reflects. “When it came to my own career, there was no second thought for me. Since my teenage years, my intentions and those of my father, the founder, were apparent: we wanted to build a company for the generations.”

After Aparna completed her undergrad, she officially joined the family business and, over a few years, she learned the ropes. She noted where there were lapses and where corrective measures could be made, and she started putting her ideas forward.

It became clear to her that if the people and the system didn’t accept her, moving forward would be a difficult journey. “It’s people that matter at the end of the day, and I needed to prove that I could contribute to the company growth for them to accept me.”

Aparna took her first assignment in 2012, when she set up a high-end luxury outlet for bath spaces and kitchens in Hyderabad. “It was a successful venture,” she beams. “Today, seven years down the line, known architects and reputable builders visit the showroom to finalise their products in the outlet.”

The company is continually expanding its portfolio, and Aparna has played a significant part in new ventures. Once people started seeing that she was capable, her role in the business broadened.

“I slowly started looking after the finance and accounts, and the company strategy,” she says. “Aparna is a building material product company. So, we’ve also begun adding product lines.”

Aparna Enterprises Limited is focused on strengthening the building material industry itself. It now has seven product lines – Aparna Venster (uPVC windows and doors); Okotech (uPVC profiles); Vitero Tiles; Aparna RMC (ready-mix concrete); Unispace (luxury bath spaces and kitchens; Aparna Craft (aluminium window and door systems and facades; and Aparna Crusher (metal aggregates) – and the demand for the building materials it has in its portfolio is increasing in India.

“I will be looking at expanding these seven product lines pan-India,” Aparna says. “As of now, our major strength lies in the southern part of the country, where India is rapidly growing. So, we have a vast potential to grow and also look at the export market.” 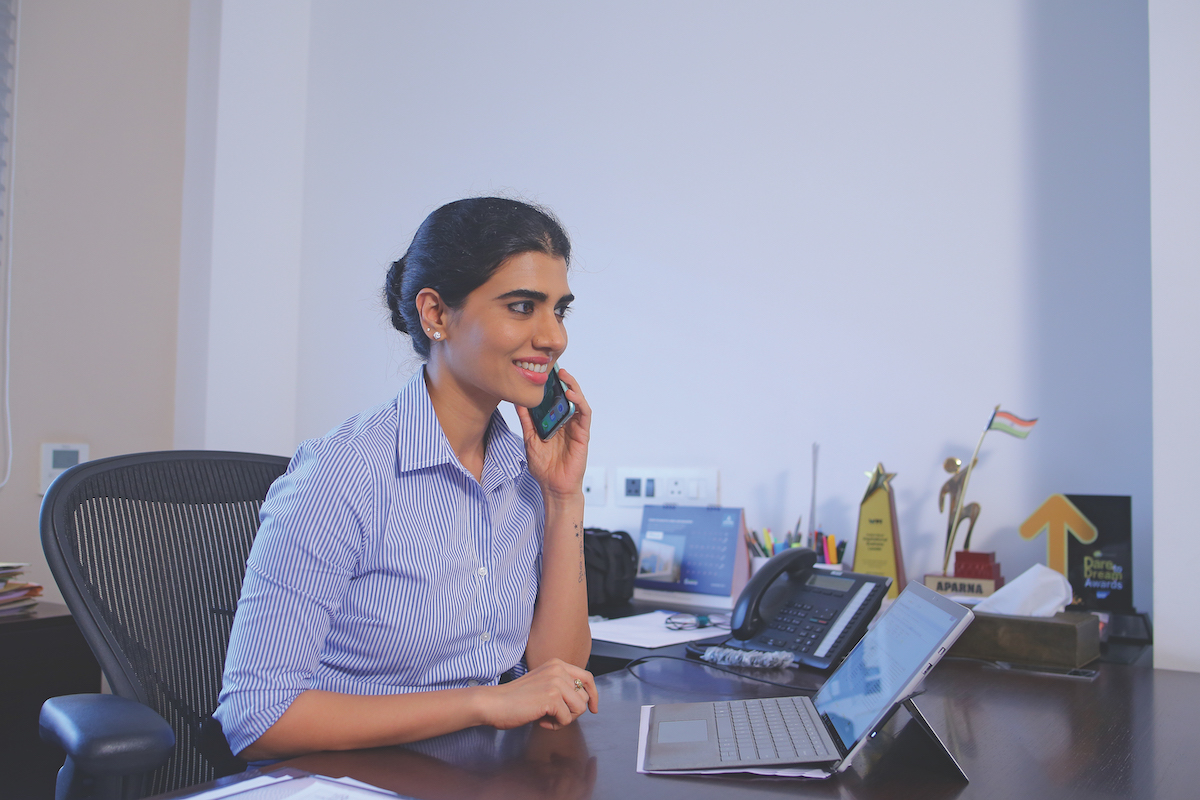 Building materials is one industry that isn’t driven by technology. “The way you build something, like a house, doesn’t go through a drastic change because of technology,” Aparna explains. “You need cement and steel to build a building. That’s how it is. The process or system might speed up things, but the basic materials remain the same, unlike technology-related products.”

“After all, they are doing business with a company to make money. If I delay the payments or if I bargain hard, they won’t be happy and I won’t have repeated business with them. So, our main focus is on the transparency and the commitment towards the vendors, customers and employees.”

First and foremost, Aparna believes that, as a second-generation entrepreneur, if you are accepted well by people into the system, things will go smoothly. Acceptance among employees is crucial because they are the face to a company’s customers.

“Our major strength lies in the southern part of the country, where India is rapidly growing.”

“My salespeople are on the frontline because they are the ones who speak about the company culture or the management to the customers,” she explains. “Also, it will reflect in the service and supply chain. It’s a top-down approach.”

With this acceptance, Aparna is confident the financials and everything else will fall into place. “This is the challenge for the second generation,” she says. “It’s a different challenge altogether for the first generation. For the second, third, and the generations to come, I think you should be well accepted in the system to find success.”

Placing the right people in the right job is also critical for a business. “It’s one of the most important things for an organisation’s growth,” Aparna comments. “India has enormous talent, but finding the right people is very difficult. We’re fortunate enough to have had at least 10–15 hands with us who’ve been there since the beginning.”

“India has enormous talent, but finding the right people is very difficult.”

The dedication of those who started the company is a high starting point, but as the business grows, more people who carry on the passion need to be hired. “If you hire 15 people, you need to ensure they’re happy with you and that they will grow with the organisation,” she says. “Those 15 people have to cling to the organisation.”

Aparna believes that culture plays a vital role in cultivating long-lasting employees. “If they are happy with the management, they will stay with the company. What I learned from my father is that it’s not always about the entrepreneur. The people around you should be happy because, if the company is doing well and the employees associated with the organisation are happy, it will result in healthy organisational growth.”