“Where I am today – the credit goes to my father.” Areej Mohsin Darwish 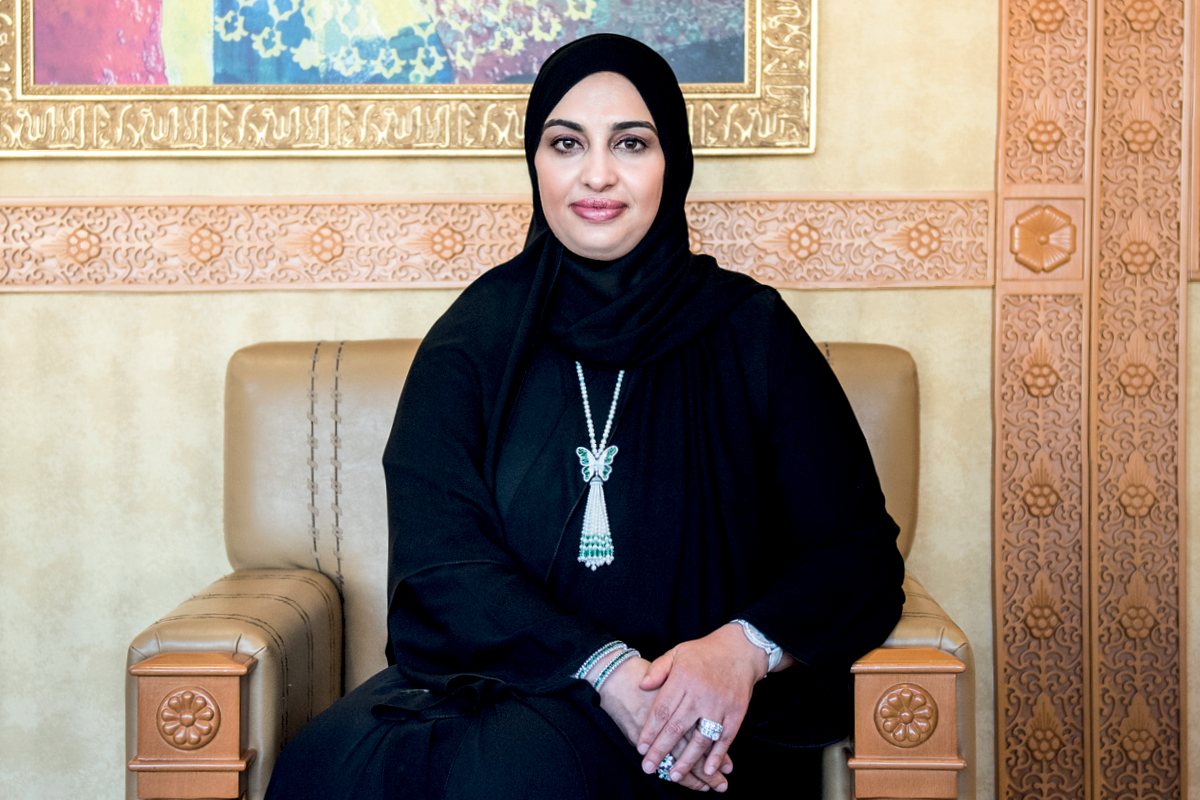 Business was running as usual at Mohsin Haider Darwish LLC, commonly known as MHD LLC, when, in July 2017, the family-owned Omani conglomerate’s internal computer system suddenly crashed. One of its nodes had been compromised by a vicious virus attack. “The issue at hand was critical and could have been detrimental to business operations,” recalls Areej Mohsin Darwish.

Fortunately for the company, computer systems maintenance was Areej’s forte. She had studied maths and computer science at Sultan Qaboos University and had honed her skills as a programmer at the country’s leading oil and gas firm, Petroleum Development Oman, before joining her father’s business in 1994 to oversee the internal audit and computer systems divisions.

She worked to bring the company into compliance with the latest information security standards and developed a Disaster Recovery Plan for the company’s centralised data centre.

All for the family

The virus attack was just one of the countless challenges Areej has had to resolve as the second-generation leader of a highly diversified company that offers services in the automotive, telecommunications, engineering, construction and technology sectors. The foundation of the renowned firm was laid by the late Mohsin Haider Darwish, who steered it to meet the challenges of a nation on its path to rapid development and also to measure up to the aspirations of its people.

When Areej and her sister decided to join the family business, their father was elated. However, he did not hand things to them on a silver platter. “My father supported us. He put us in proper positions in divisions that suited our skill sets. After I got experience in one division, he would get me involved in another so that I could learn what was happening in every division of the company,” Areej says.

“He trained me in the nuances of the business and prepared me to tackle the challenges we would face in day-to-day operations. Gradually, my father promoted me until I reached the point where he believed I was capable enough to take over. Where I am today – the credit goes to my father because he has supported and guided me.”

“Gradually, my father promoted me until I reached the point where he believed I was capable enough to take over.” 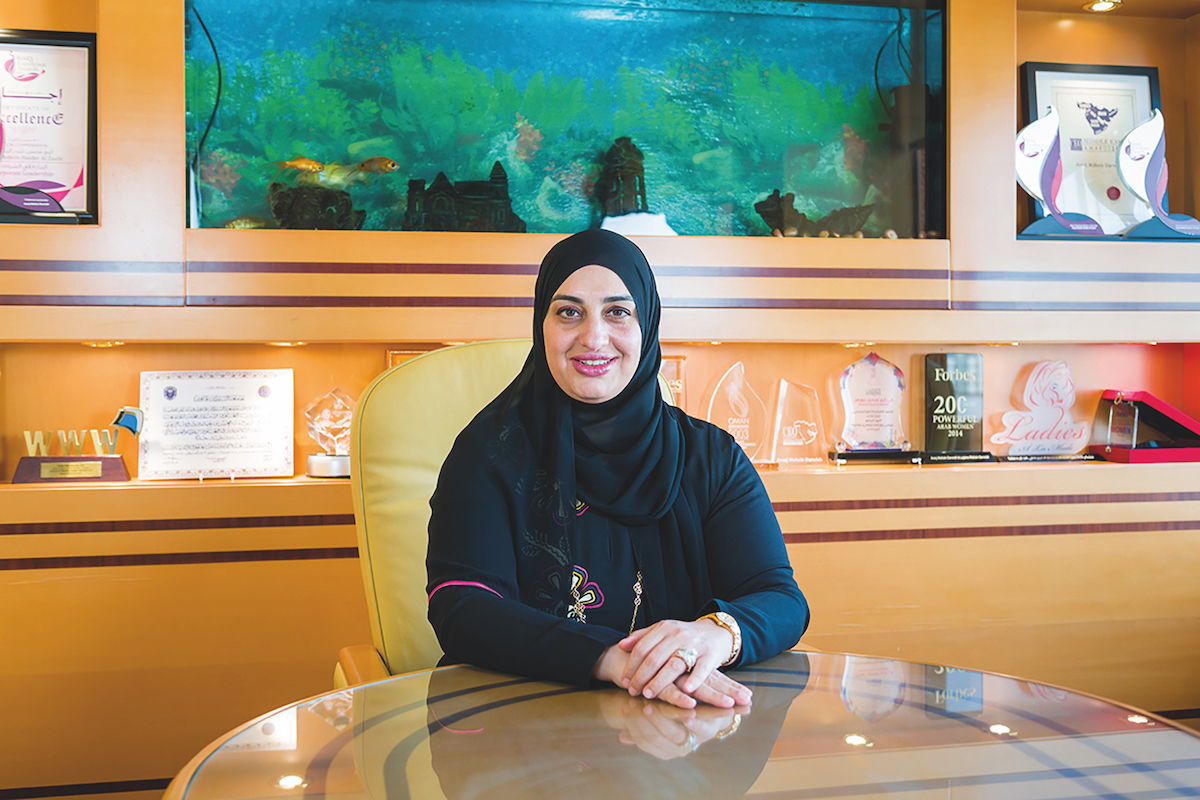 As the chairperson of MHD LLC, Areej faces a range of challenges. However, in her opinion, every challenge is an opportunity and how an organisation faces them determines its success. “In addition to the challenges thrown up by the general slowdown in the economy and the ones faced in day-to-day operations, one of the key challenges that MHD LLC – or for that matter, any organisation – faces is competition,” Areej reveals.

“Due to increasing choices available to the customer and changing preferences, the competition is very intense. We need to have the right products at the right price.”

She is looking to elevate the company’s profile and increase the brand visibility of MHD LLC brands among the general public and visitors arriving at Muscat International Airport, which is becoming one of the fastest growing airports in the Middle East.

The origin of Mohsin Haider Darwish LLC dates back over half a century. The family proprietary business was converted to its present form of a corporate entity in 1987. Over the decades, the company has witnessed phenomenal progress, helped by strategic planning and professional management.

Besides professional challenges, a female entrepreneur also faces the task of balancing responsibilities, treading a thin line between work and family life. Areej believes it is essential to strike the right balance and set the right priorities between the two. Even though the demands of her job are high, the rewards are big enough to keep her going. Among the most significant moments during Areej’s career at MHD LLC have been the numerous times she has received awards recognising her leadership and the success of the company.

In 2018 alone, she received four awards, including the title of one of the Middle East’s Most Influential Women from Forbes Middle East. In 2019, Forbes listed her as one of the top ‘Women Heading Family Businesses’. She was also named Manager of the Year at the Achievements Forum 2019 in London. Under her guidance and leadership, MHD LLC won the MENAA Award 2019 for Best Corporate Brand and a Forbes award titled Celebrating Oman’s Success.

“It’s not easy being a woman in this position. There are so many challenges that come our way.”

These awards substantiate her as an exceptional achiever and as a strong role model for other women. “It feels amazing and I am ecstatic every time I win an award,” Areej says. “Everyone needs a mentor in life and I am lucky to have found mine in my late father. I attribute my success to him. Winning awards gives me inspiration to keep going and it’s encouraging to know that my hard work is paying off.” 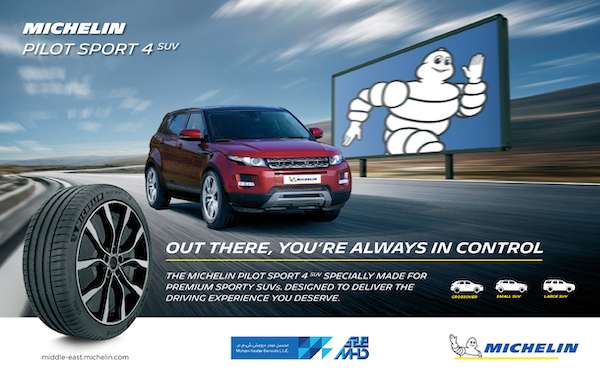