When it comes to the future of Mumbai, Omkar Realtors and Developers’ Managing Director, Babulal Varma, has a clear vision: to redevelop its slums and provide new homes for the inhabitants. By some estimates, more than half of the city’s 20 million-odd residents live in slums.

In fact, the percentage of slum dwellers is so high that many locals refer to it as ‘Slumbai’. “Mumbai should be slum-free,” Babulal declares. “That’s my biggest wish and I’m determined to see it happen in my lifetime.”

Described by Forbes India as “the undisputed king of Mumbai’s redevelopment industry”, Babulal is not sitting back and waiting for others to take action.

Since founding Omkar Realtors in 2003 with business partner – and now Chairman – Kamal Kishore Gupta, Babulal has worked tirelessly to gain the trust of slum inhabitants and redevelop the precincts.

While many major real estate developers believe slum redevelopment is more hassle than it’s worth given the politics and red tape involved, Babulal embraced the challenge and carved a niche for his business in the market.

“It was difficult at first, because the slum dwellers didn’t believe they would really get a new home,” he recalls. “The government had come up with a scheme and everyone knew this, but no-one was convinced it would actually happen. It was a huge challenge for me at that time to convince the slum dwellers to go ahead with the redevelopment.”

Babulal concedes it took time for the government to implement a scheme that worked well for everyone. “I spent five to seven years trying to explain to the government they needed to amend their rules, otherwise the schemes would not go ahead,” he says.

Under the housing scheme governed by the Maharashtra government’s Slum Rehabilitation Authority (SRA), if a real estate developer purchases the slum land and obtains consent from 51% of the inhabitants, the slum can be redeveloped. The developer can then clear the land and rehouse eligible slum dwellers – those who can prove they have lived in the same place since 2000 – free of charge in multistorey buildings.

The cross-subsidy scheme mandates that the developer who manages to procure consent of 51% of slum dwellers, must rehabilitate them free of cost in new buildings in a portion of the plot.

As compensation, the developer can construct other buildings on the rest of the slum land and sell them in the open market.

According to the UN’s Habitat data, Mumbai is the world’s second most densely populated city, with an estimated 31,700 people per square kilometre. Vacant land is a valuable commodity in the financial capital of India, which is why Babulal recognised that slum development could be a lucrative business opportunity.

“Geographically, Mumbai is surrounded by water on three sides, so that means there is no scope for expansion of the city,” he points out.

Omkar is now the leader in this field, and Babulal says it has a market share of 52%. The company has delivered 15 SRA projects and rehabilitated more than 10,000 families, which is approximately 60,000 people.

Omkar Realtors is currently working towards rehabilitating a further 50,000 slum dwellers by 2023. In recognition of the company’s achievements, Omkar was awarded both by government and private bodies for its achievements in SRA.

“We’re a trusted brand in Mumbai and India now,” Babulal smiles. “Customers are really happy with us and have confidence in our projects.”

Babulal believes the key to the company’s success is its commitment to delivering on time, as well as the high quality of its work. In addition to its SRA projects, Omkar also develops luxury residential towers, including Omkar 1973, Worli.

As part of Omkar’s commitment to slum rehabilitation, the company has established the Omkar Foundation. Aiming to go “beyond structures” to improving the livelihood of slum communities, the Foundation focuses on skills development, the empowerment of women, health awareness and environmental initiatives.
Training centres at many SRA sites provide vocational courses in areas such as computing, electrical work, carpentry, plumbing, tailoring, cooking, hairdressing, security and retail.
In tribal areas in and around Mumbai, the Foundation has distributed more than 500 smoke-free chulas (stoves). These reduce the amount of smoke produced during cooking by 70% and use 65% less wood. This initiative is aimed at improving the health of tribal women and reducing the environmental impact.
The foundation to date has reached out to more than 50,000 slum dwellers under its various CSR programs.

Made up of three towers with a combined height of 850-plus metres, this award-winning flagship development boasts more than 400 bespoke sky bungalows, an elevated jogging track, swimming pools, squash, tennis and badminton courts, a dog park and a creche.

However, Omkar aims to provide high-end features in all of its developments, regardless of whether they are designed for slum dwellers or the affluent. “We are working for all classes of people, from slum residents to billionaires,” Babulal says.

“We are working for all classes of people, from slum residents to billionaires.”

“We have a great relationship with L&T, and they are one of the leading construction companies in India,” Babulal says. “Having a good strategic relationship with vendors makes it much easier to achieve our targets on time, especially if you encounter supply shortages or regulatory issues and need their help.” 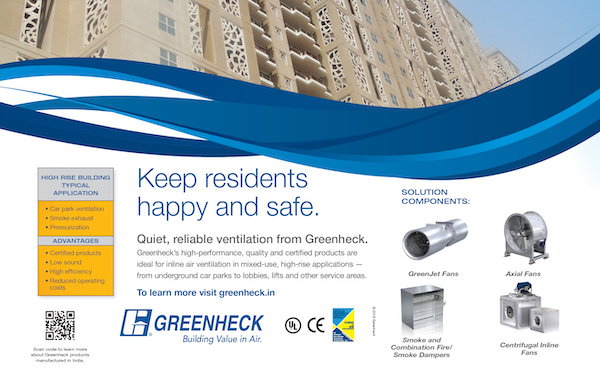 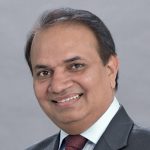