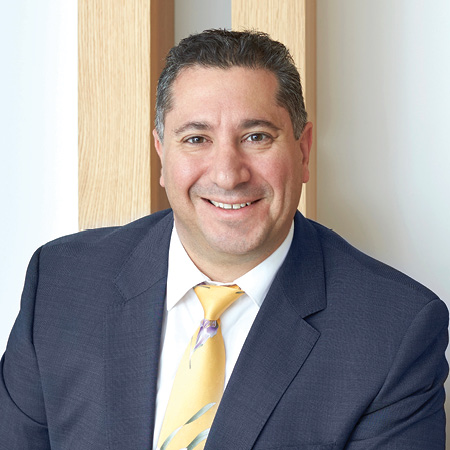 “We’re trying to focus on giving people a better building experience and that’s one thing we’re really passionate about,” says Danny Assabgy, CEO of Hudson Homes. “Most builders are pitching the line that they offer better quality homes or that they have cheaper homes, and we’ve really tried to stay away from that standard ‘me too’ message.”

Hudson Homes is a design and construction company providing new homes to Australia. With its motto of ‘made for living’, the company’s goal is to design and build quality homes for a new generation. With a significant part of the Australian lifestyle depending on property ownership and settling down with a family, Hudson Homes is always trying to find new and better ways to achieve this. The next step for the company is in community housing offerings, as well as other commercial options.

“What Hudson Communities does is develop land subdivision estates,” says Danny. “We’re three quarters through our first one on the Central Coast, which is a 130-lot subdivision. We’ve also recently set up Hudson Commercial, which is more of your apartment-style construction, and we’ve secured our first two construction projects.”
This commercial expansion, however, is only one side to a business which wants to expand. This includes further reach across New South Wales. 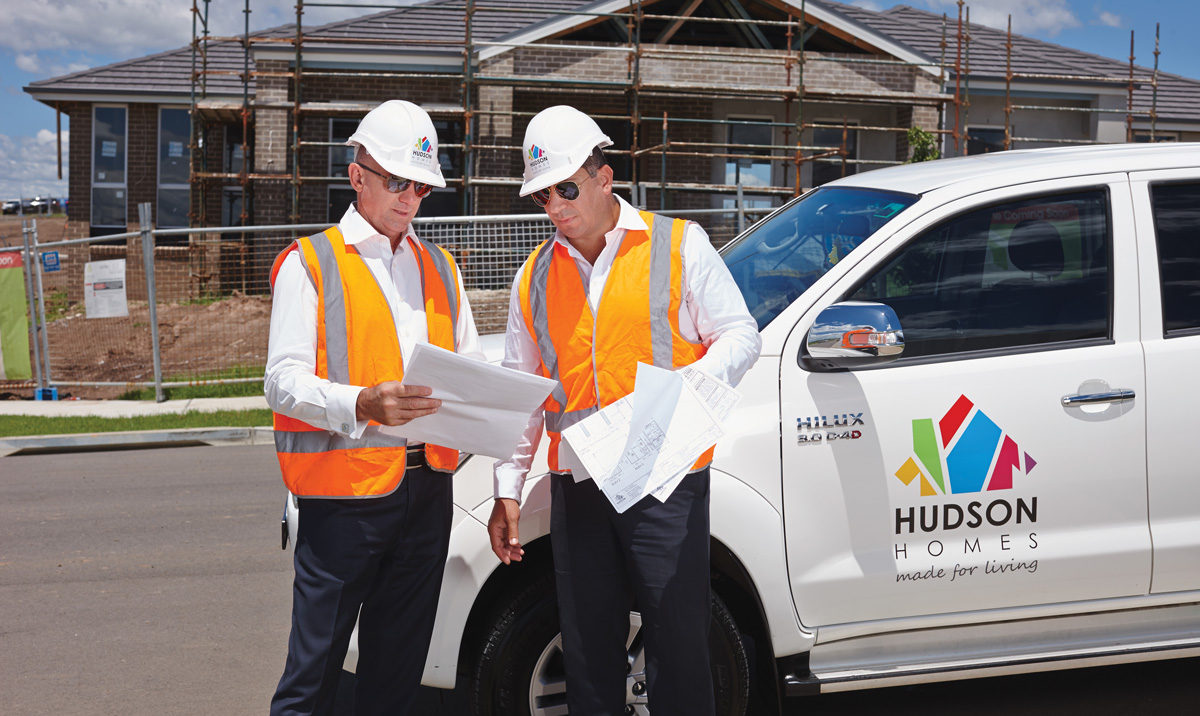 We’ve also recently set up Hudson Commercial, which is more of your apartment-style construction, and we’ve secured our first two construction projects.” This commercial expansion, however, is only one side to a business which wants to expand.

“We now have eleven display homes, and have expanded into the Dubbo marketplace, which has been quite a big leap for us,” says Danny. “We have strong faith in the Dubbo market, there’s solid land supply there and there are wonderful employment opportunities attracting people to Dubbo.”

Part of the drive to expand into the Dubbo area was to ensure the continuation of supply for the business. This is an area where Danny sees a future challenge for the industry.

“The biggest challenge for a project homebuilder is making sure they have enough supply,” he says. “Over the past two years, large estates have been released into the marketplace and mums and dads have been able to secure individual parcels of land. But that seems to be drying up and I think a clever strategy over the next few years would be to control a greater deal of that supply.”

This also rationalises the expansion into Hudson Communities. With the purchase of land and subdivisions, the company is essentially creating supply in the vital resource of space. This is useful for Hudson Homes, Danny notes, “because home and land packages still seem to be the preferred buying option”.

Furthermore, Hudson Homes offers assistance to potential homeowners who want to enter the market which has been very successful, but has hit roadblocks in the last six months partly due to a reduction in government grants to first-home buyers and changing lending criteria. 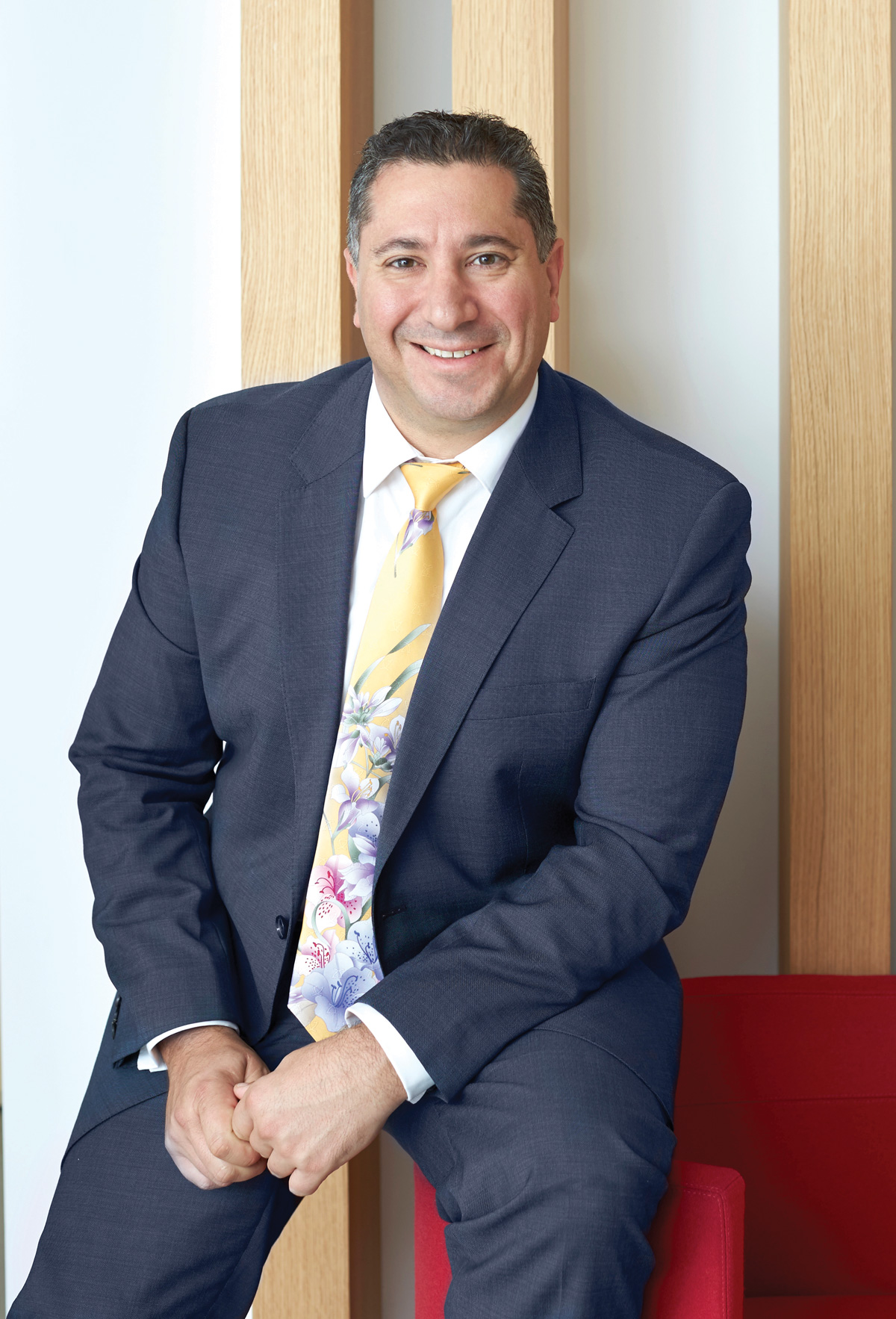 I always say that it’s the people that make the business.

“That has restricted a lot of people who previously would have qualified from being able to participate in the Help Get Me Started program,” he says. “Also, a bit of tightening with bank lending criteria has affected that as well.”

Despite these challenges, the CEO is confident in the housing market and its sales.

“The housing market is quite strong,” he says. “The delays in land registration, occurring right across this state, and the need for land developers to pre-sell a large portion of land before they can even commence construction means that most builders in New South Wales have a steady supply for at least the next eighteen months.”

Commercial success is not just a matter of buyers and external factors, though, which is a fact Danny recognises. He’s proud of a company culture which underpins this success. “I always say that it’s the people that make the business and the most valuable asset that any company has will never appear on the balance sheet — it’s the staff. We have a wonderful working environment, and a wonderful team that is quite productive. We tend to get a lot better productivity when we just let them do what they need to do, and they all have a very strong sense of fulfillment and achievement by doing that.”

The key to this success and engagement in the business is passion, says Danny, both from himself and from his staff, which links back to the company policy of offering a better building experience.

“Building a home can be stressful, especially for first time builders that don’t understand how complicated it can be. There are a lot of challenges. To me, the focus is not just on building better quality homes, or not just about delivering cheaper homes, but about giving people a delightful and rewarding experience.”

Danny always has his ear to the ground when it comes to providing the best offering, and is under no illusion when recognising the strongest annoyance to buyers during the building process.

Buidling trust and a solid reputation

“The biggest complaint people have with homebuilders is normally one of two things,” he says. “First is communication: ‘We don’t hear from the builder, we don’t know what’s going on’. The second is the reputation that ‘builders are liars’. They start the relationship in a negative way because they are told not to trust the builder.”

This lack of trust is often due to unforeseen surprises that can increase the cost of building a house, such as hitting rock, which requires extra excavation.

“We spend a bit more money upfront,” Danny says. “We do full site surveys and full geo-tech reports where we actually drill a number of bore holes
in the land before we provide a quote. “We do that because that tells us what lies under the soil.”

This allows for a smoother process for both Hudson Homes and for the customer, and both parties end up being more satisfied in the end. “That has been the one trigger point that has made our experience a rewarding one,” Danny says. 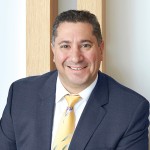