Built for the future: David Kealy 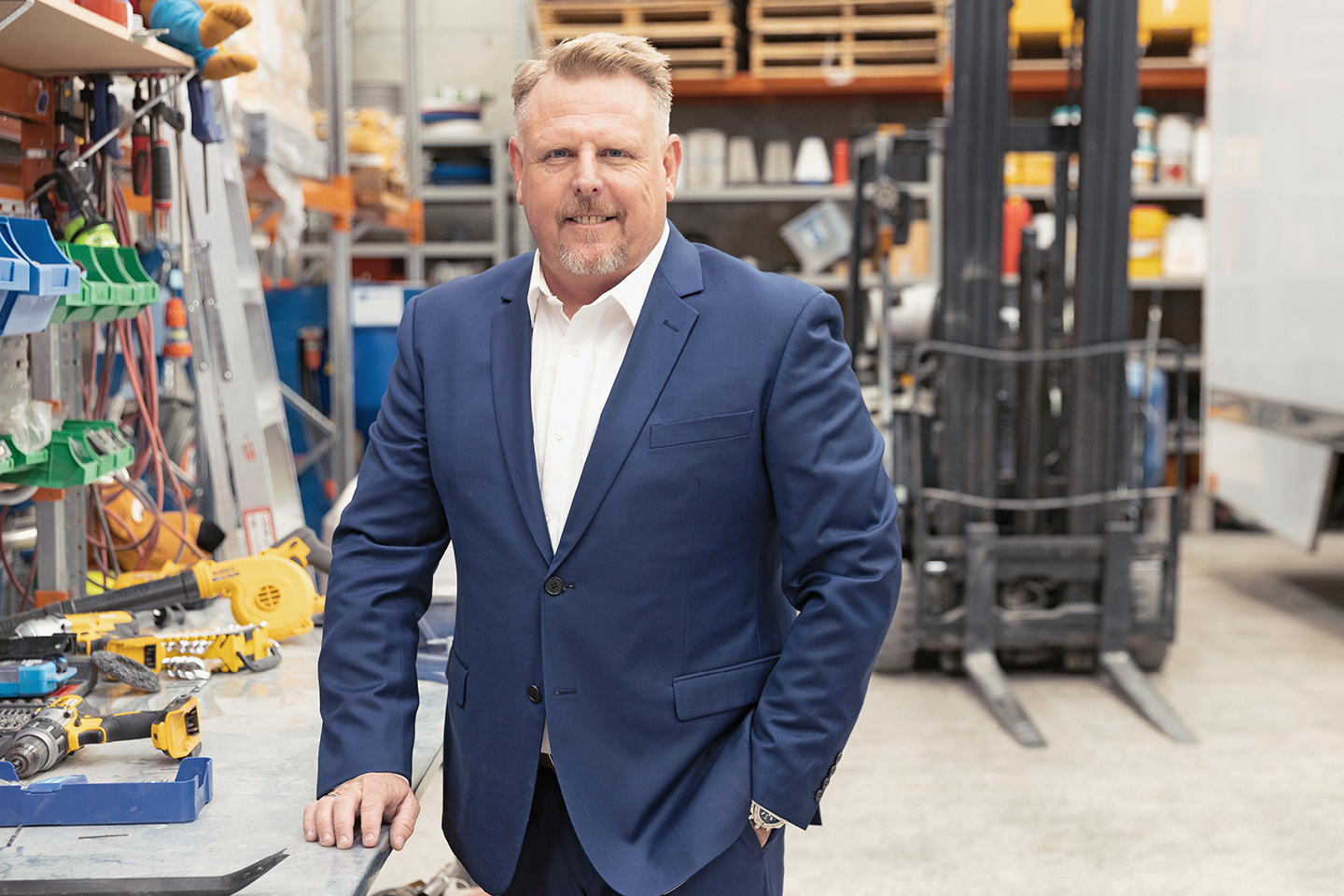 Even when he’s 70 storeys up in some of Sydney’s most enviable new real estate, there’s a part of David Kealy, AllPrep Flooring Specialists’ Founder and CEO, that wishes he was back on the ground – specifically, on the football fields of Europe. At the dawn of his career in construction, David was offered a chance to take his football skills abroad.

“This was just after I finished my HSC,” he says. “I played for a Polish-backed club here and the opportunity arose to travel to Poland to play. One thing led to another and I ended up playing all across Europe and the UK for five years.”

Before he left, David had worked for his family’s construction company. When his time on the field ended, he found himself drawn back into the industry by the innovations that had arisen in his absence.

“We specialised in floor preparation, and I was one of the first people in Australia to use the self-levelling products imported from Germany,” he says. “It was new technology, a new way of doing things. Before that you’d have to mix the product in a 20-litre bucket using a drill, one bag at a time, and trowel on the floor by hand.”

Driven by a desire to change the industry he’d come to know well over 30 years, David founded AllPrep Flooring Specialists in 2013. “I wanted to take what we were doing as a niche market and bring it out into the open,” he says.

“To showcase all the new technology and what can really be done in flooring.” Early on, while others were still using the hand trowel method, AllPrep was importing Putzmeister pumps that could mix up to six bags of product every minute.

The work speaks for itself. I didn’t want to get too big and not be able to perform, so i just got on with it.

Another of AllPrep’s innovations was a callback to David’s previous life – his growing team would wear spiked boots to walk through freshly laid product.

“The reality of this industry is that it’s full of cowboys,” he says. “They see the potential in what we’re doing, but they’re not up to speed. They don’t have the experience or the know-how to see where the mistakes are, so they’re quick to take shortcuts.”

AllPrep has, on occasion, taken jobs that have involved cleaning up another’s sloppy work. “Getting it right the first time is paramount, particularly for clients,” he says. After 30 years in flooring, David says he’s made all the mistakes and learned from them.

“And my clients know what AllPrep is about, they know we pride ourselves on our performance,” he says. “We’re not the cheapest out there – we never will be – but with that cost comes experience. We are what we do, and if we don’t get what we deserve to get for it, I won’t do the job.”

Along with his many innovations, David’s compromisefree attitude to flooring has won him the clientele of some the biggest names in construction: Lendlease, Multiplex, Probuild and Thiess among them.

“We’ve done all the Tier-1, major high-rises in Sydney – in fact we’re currently finishing off a 70-storey project for Probuild.” The changing nature of the construction industry has helped drive David’s passion for innovation: “In the beginning, there was a lot of commercial work, but residential is where it’s at at the moment. There’s a lot of timber flooring, a lot of vinyl flooring.”

To meet the challenges of today and the future, David continues to push for the most innovative solutions on the market.

Recently, AllPrep partnered with American materials manufacturer Laticrete to import its new Supercap Pump Truck system, which allows flooring product to be blended and prepared in the back of a truck and then pumped by hose up to 60 floors high to create perfectly flat floors. “Before, it might have taken us five days to do one floor,” David says. “With Supercap, we’re in and out in basically an hour. We did a project the other day where we were laying 13.5 tonnes of product, which would usually take two days or so, and we did it in 45 minutes.” Not only does it dramatically quicken the process, safety is also improved.

“This will be the way the industry will go,” he says prophetically. “And we’ll be at the top.” The kinds of projects that will benefit most from such innovation are easy wins for AllPrep, which is renowned in the industry for being at the forefront of what’s new in flooring.

“We want to be the leaders in that, which is why we’ve invested the time and money to progress,” David says. “People are willing to pay for that in the high-end market.” For this reason, he has never had to actively seek out work.

“The work speaks for itself. I didn’t want to get too big and not be able to perform, so I just got on with it,” he says. “Word travels fast in this industry; they know if they call us, we’re there and everything happens correctly.”

Offsite, David can still be found on the football field; he’s a member of the Western Sydney Wanderers and goes to as many games as possible. “I got involved in coaching for a while, and my eldest son actually left at 15 to chase the dream. He’s been over in Europe for seven years now.”

David’s younger son has become involved in AllPrep’s operations, and even came up with the name. “That was back when I was looking for the right way into the industry, and I was trying to work out how to get started,” he says. “He came up with that – he was only 13 years old at the time – and it just worked.”

AllPrep’s 40-strong team may handle some of the biggest jobs in construction, but they still try to operate with the mentality of a smaller player. “I’m not some big CEO, I still get involved,” he says.

“I like my team to see me out there doing the same as them, because I never ask anyone to do anything I wouldn’t do myself. If you keep it simple, if you respect your team, everything works as it should.”