Back in 2012, Eric Kwong decided he wanted to build a tea house for his friends and family – a place for them to gather, hang out, have fun and relax. But when he thought about what materials he would need in order to build it, he had to take into consideration local conditions. While wood might have been his material of choice from an aesthetic point of view, the humidity in Hong Kong as well as the risk of termites and the strong smell in springtime, made it an unwise option in his eyes.

That’s when he realised the need for an alternative. Serendipitously, he had been working in the family aluminium business since graduating from college. “So we thought, why don’t we try to build houses in aluminium? Nobody had done that before,” he recalls. “Aluminium has been widely used in many industries like automotive, aerospace, high-speed rail and even the construction industry. But nobody really did anything with aluminium to build houses.”

With access to the raw materials and machinery to make as much aluminium as he wanted, the tea house was completed in early 2013. The reaction to it was so overwhelmingly positive that Eric decided to turn it into a standalone business producing aluminium housing, which he launched in 2014 as AluHouse.

“At the beginning, we tried to promote everything in modular pieces – not as a big box, but as precast pieces in aluminium with different elements such as panels,” he says. “But that didn’t work out well because it’s still very labour intensive.” So he instead started looking at other building techniques being used in the Western world as well as in Singapore such as prefabricated prefinished volumetric construction (PPVC) and modular housing. “They were many years ahead of us,” he admits. “I tried to absorb that and then make houses that way but using aluminium structures and exteriors. We would build them in China and then send them to different parts of the world.”

With the Chinese government undertaking a major tourism push, fledgling AluHouse found itself creating a large number of vacation homes for that market. Then, in 2017, the Hong Kong government imposed a policy called modular integrated construction (MiC). “This is how we really started to evolve into the business we are today,” Eric explains.

Similar to Singapore’s PPVC program, MiC is a building technique where freestanding integrated modules are manufactured in a prefabrication factory and then transported to site for installation in a building. It responded to high labour costs and low productivity levels, which were proving problematic within the industry.

“There’s a lot of time saved because while they’re creating the foundations, we’re already building the houses in the factory,” Eric expands. “So once the foundations are ready, we just transport all these house boxes to the site. I think the whole process saves about 30 per cent in terms of overall construction time, and time is money.” The whole thing saves about 30 per cent in terms of overall construction time, and time is money.

The introduction of this new construction program was great news for AluHouse. Simultaneously, AluHouse became one of the first Hong Kong companies to be listed as an MiC supplier. “After that we got a lot of projects in Hong Kong, including MiC site offices and liaison offices,” he recalls.

“In 2020, in the midst of the COVID-19 situation, we built the quarantine centres – 1123 units within a short period of time. And then last year we were working on 2,000 units of government transitional housing.” The company is also involved in public housing, hospital facilities and government buildings.

It’s clear that the business is now thriving, but Eric doesn’t take this success for granted, having had to work incredibly hard to get to this point. It’s a steely determination that he credits in large part to his father’s influence.

“He gave me a lot of encouragement and was always pushing me forward. Now, I have that spirit and keep fighting, keep learning and never give up,” he shares.

“Starting a business is really hard. Especially that beginning stage when you’re offering a very new thing. People need to accept it and it takes time as well as a lot of education to do that. The first couple of years were really rough, but we hung in there. Now the opportunities have started coming, business is just booming.” 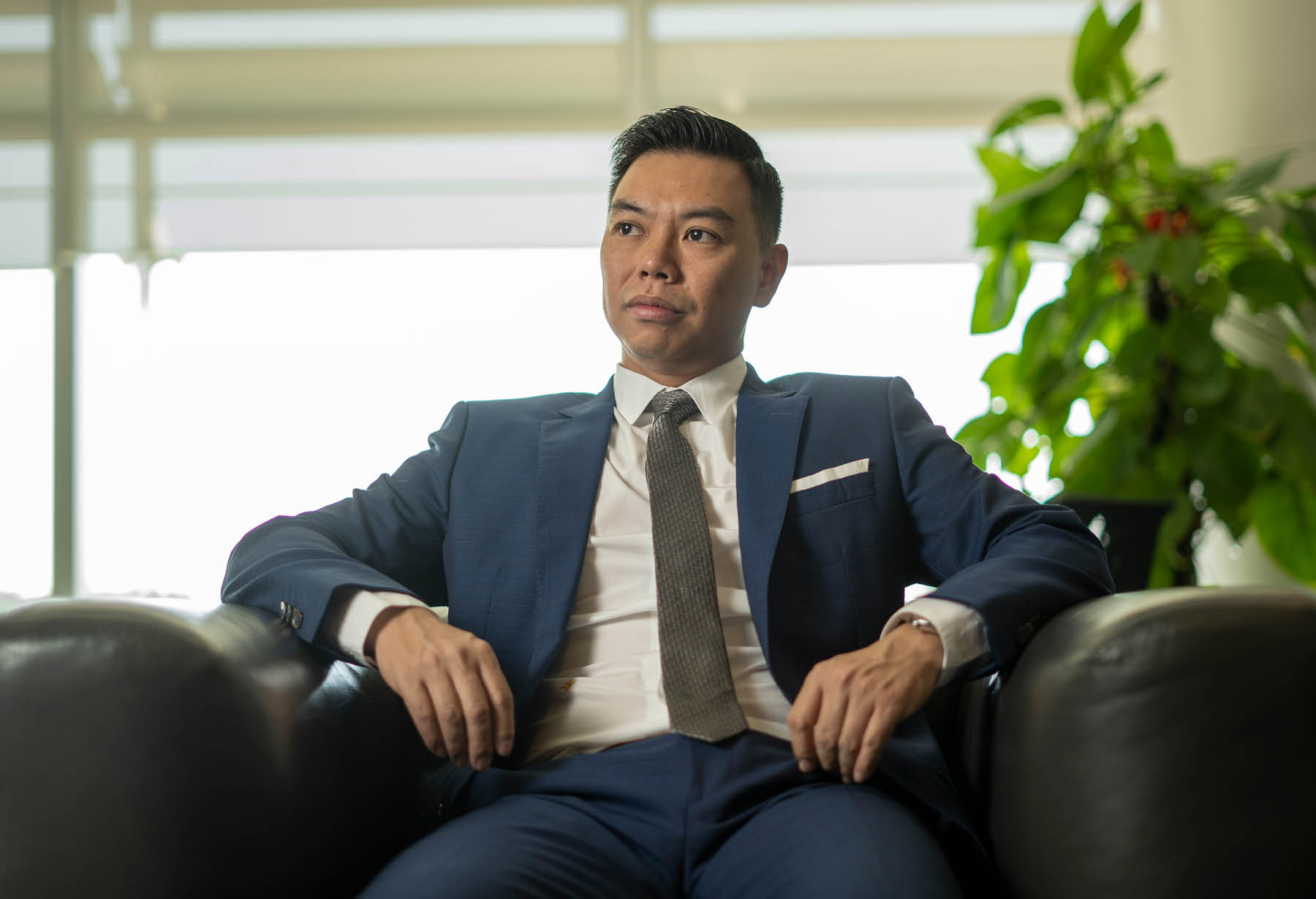 In South China, we are one of the biggest players in the market right now.

Indeed, the company has grown its ranks from just 10 people in 2014 to around 300 today with a further 2,000 subcontractors on its payroll. Its factory production capacity has expanded five times over the same timescale to almost 1,270,000 square metres per year. “In South China, we are one of the biggest players in the market right now,” Eric says proudly.

However, he has no intention of stopping there. “Of course, I want be one of the top three players in Hong Kong,” he sets out. “Right now we are exporting to the US and I would like to expand more and have manufacturing bases in different countries like the US and maybe one day in Europe or Australia. Developed countries need these kinds of building methods because their labour is expensive.”

In addition, AluHouse is exploring different avenues in order to grow further, such as modular bridges, the harnessing of robotics and the use of concrete and steel MiC as an alternative material. “We will work with a lot of different institutes to enhance this MiC technology to the next level, especially in the application of high-rise MiC buildings,” he shares.

Eric believes that as well as helping the company become increasingly innovative, this will also give it access to a graduate talent pool that can help to drive it forward. “We need new blood, more new ideas, new thinking to grow. That’s what we need to do to keep ourselves in front because the market is always changing.” 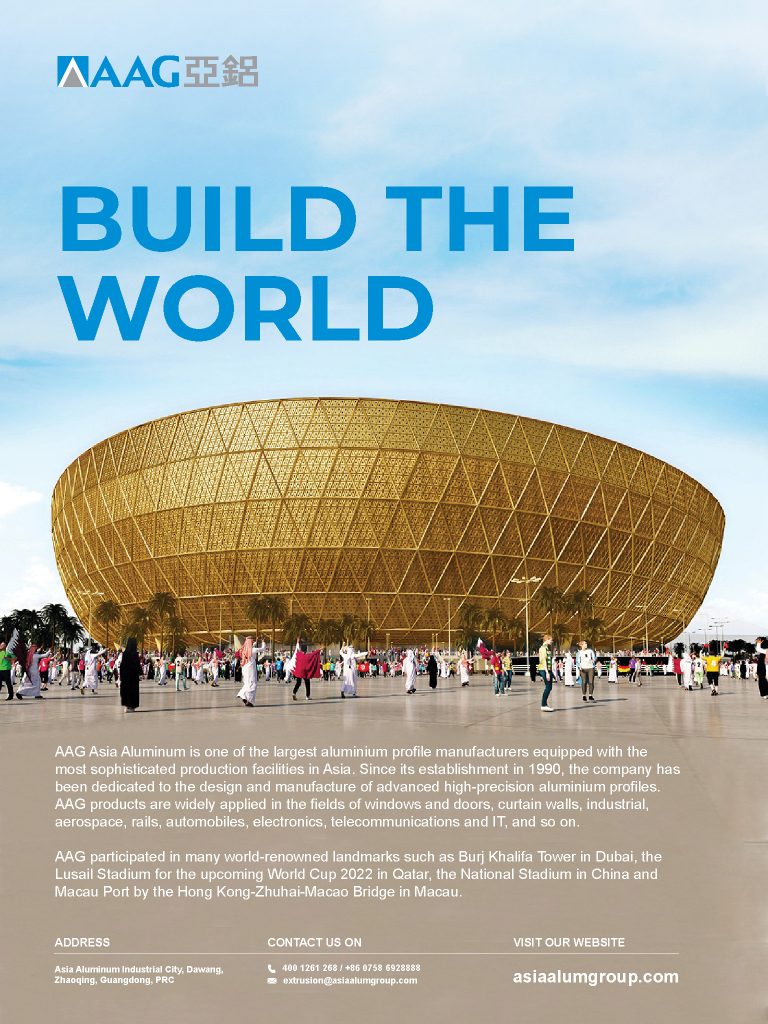