Star Group Managing Director Geoff Coleman is passionate about nurturing the potential of workers in his business, a result of the guidance he received from one of his highly respected mentors.

Star Group Managing Director Geoff Coleman is passionate about nurturing the potential of workers in his business, a result of the guidance he received from one of his highly respected mentors. 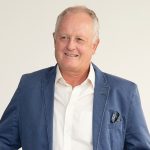 There’s no question that managing directors have numerous responsibilities, but for Geoff Coleman, one of the most important is helping his fellow employees along the right career path within the business.

“You’ve got to consider where they want to go and what their aspirations are; whether it’s the person packing the truck, the one doing the engineering, or the project manager delivering a A$50-million electrical project,” Geoff tells The CEO Magazine. “You’ve got to think about that constantly. If you’re not mindful of what your people’s aspirations are, you’re really not in touch with your business. You’ve got to motivate them by giving them opportunities and a goal.”

“If you’re not mindful of what your people’s aspirations are, you’re really not in touch with your business.” Identifying and nurturing potential early on

While some employees naturally gravitate towards roles suited to their inherent strengths, Geoff acknowledges that others will require managers to help nurture their skills and get the best out of them. “Every now and again, you get a real surprise,” he continues. “You get an inkling that an individual has this skill set and you’re surprised at how competent and capable they are. But because they’ve never been given the opportunity or it’s never been suggested to them, their skills could stay dormant forever.”

Geoff finds it exceptionally interesting and satisfying when he sees an individual and thinks “there’s something there”. “All you have to do is keep scratching away at the surface and give them the opportunity,” he says. “The next thing you know, bang, you’ve got a crack of how good they are.”

And that is exactly what happened with Geoff, thanks to his former project manager and mentor, Jack Myers. Geoff speaks reverently about Jack, who took him under his wing when Geoff first began at Star Group more than 45 years ago. “He must have seen something in me that no-one else did,” Geoff reflects.

Back then, he explains, he wasn’t the most disciplined of characters at Star. “I was the cheeky guy who no-one particularly liked because I would give them a bit of lip on the way through,” he says. “But I progressed through the business under the guidance I got from Jack. He was such a strong force. I get a bit teary now because, unfortunately, he passed away a couple of years ago.”

Star Group is an electrical, communications and maintenance contracting business based in Condell Park, Sydney. It was established by John Andrews as a family business in 1957 and delivers a range of services for the government, commercial mining, transport and retail sectors. It has provided electrical and communications services for the Wynyard Walk at Sydney’s Wynyard Station conducted the redevelopment of Sydney’s Westmead Hospital and upgraded the Federation Chambers at Parliament House in Canberra.

Geoff says it was pure luck he ended up at Star Group in the first place. “An acquaintance of my dad knew the apprentice master back then,” he recalls. “He was an electrician but I’ll be honest, I never wanted to be an electrician. Back then I wanted to be a plumber or gardener.”

However, in those days, Geoff says, when you got a job interview, you had to toughen up and do it. And if you got the job, you took it. “I went for the interview and within a week they said, ‘When do you want to start?’ And I just thought, ‘Okay, I’ve got nothing better. I’ll just fall into it’.” When Geoff joined the company, he was aware of the sense of camaraderie in its culture. “Back in the old days, blokes would get paid, and they’d go to the pub and spend all their money, then turn up to work on the Monday with no money,” he recalls. “Often, you’d put your hand in your pocket and say, ‘Okay, I’ll give you 50 bucks to get you through the week’. That’s just the way it was. That’s what you did. That created a culture where everybody looked out for each other.”

And it was Jack who supported Geoff over the years, helping him understand the importance of responsibility, especially as Geoff rose up the ranks. “This all comes down to the guy who mentored me,” Geoff says. “At 21, I was confronted by the fact that there were guys who’d been in the business for maybe six, seven, or even eight years, and the kid who was their apprentice one day was now their boss. I had to find my way with those people to get the best out of them with the least amount of pushback.”

Jack was in his late fifties when Geoff became his boss. “He actually wrote me a letter saying that was the best accolade he could get in his career,” Geoff says. “I suppose that shows the character and feel of the business. It was all about the people. We were only ever as good as the guys we had around us.”

“It was all about people. We were only ever as good as the guys we had around us.”

It was the potential Jack saw in Geoff that has inspired him to do the same for others at Star Group. “I’m trying to impress upon our managers now that, if they’re going to be successful, they need to know everything about their people; be mindful of what issues they’ve got personally and what their aspirations are,” he adds.

Star Group now employs more than 350 workers and has diversified its offerings through the growth of its regional services division. “The nature of our industry has changed,” Geoff explains. “Now, to be successful, you’ve got to have all the capabilities required for a job. You’ve got to have access to them within your business.”

The regional services division has quadrupled in turnover since Geoff took over, and he attributes this to General Manager Chris Mulvey. “He’s been exceptionally successful in growing the business from being just a service provider to where we now do small projects as well, and this gives him the lead into where he’s going in the future.”

Although some of the projects Star Group undertakes are more challenging, Geoff chooses to see the positives that come out of them. “Difficult projects open your eyes to where you can improve your business,” he notes. “Over the past 15 years, we’ve had some exceptionally challenging projects. Years ago, there was a big upgrade to the Royal Prince Alfred Hospital that we were involved in. Originally it was a two-year program but it ended up blowing out to four years.”

“Difficult projects open your eyes to where you can improve your business.”

This, to Geoff, was just another learning curve. “That’s just the life of a construction company,” he says. “Some projects are good, and hopefully the good projects outweigh the bad ones. We now manage and maintain our contracts extraordinarily well. The reality is, with the industry now, we have to manage and maintain everything contractually. If someone wants to make you sign a contract, you then have an obligation to your business to make sure you manage and maintain it well.”

While employees play a significant role in the survival of a business, Geoff describes Star’s suppliers – including Gerard Lighting, K E Brown Electrical Switchboards and Fuji SMBE Macquarie – as equally critical. “It’s about the personal relationship you have with those suppliers,” he says. “A lot of that comes down to having the right opportunity, knowing the right people in the mix and instilling into our workers the conviction that without our suppliers, we’re going nowhere. We’re extremely lucky that we’ve got some excellent suppliers. They make our business a lot easier and a lot more efficient.”

Having been in a leadership role from a young age, Geoff believes one major characteristic all leaders should have is selflessness. He suggests setting aside your ego for the benefit of the whole company. “You’ve got to be able to lead,” he admits. “There’s no two ways about it. You’ve got to show strength of character and direction. But you’ve also got to have everyone behind you. If you want people to follow you, you’ve got to be considerate of them the whole time. Those two go together and are the most crucial things. Looking back and moving forward

“Everybody loves to know where we’re going. To me, that’s the easy bit. The hard bit is making sure they stay behind you. At the end of the day, it’s about them. I get the outcome the business needs because the workers have ownership of what they do.”

In June 2017, Geoff gave notice of his retirement. While this will take effect in 2019, Geoff says he will remain in the business in an executive role. “Having been such a big part of the business, I didn’t want our clients to be taken by surprise,” he says. “I think the advance notice has been beneficial because it allows the transition to happen.”

Looking back over his career, Geoff is most proud of seeing the business and the people he has worked with develop over time. “I look at the people who work for us today and a lot of them have done their apprenticeships with us as well,” he says. “There’s no better achievement than to be able to look back and say, ‘Look at these guys, look how good they are, look at what they’ve done. They’re going to be the future of the business.’”

Geoff also mentions the tremendous support he has received from everyone in Star Group, from Jack through to current director Sandy Nugara. “Sandy and I have had a brilliant partnership together,” he says. “He’s been absolutely key to the business’s success while I’ve been here.”

For now, the company has its focus on its core businesses – electrical and construction. “We won the Crown Casino over Christmas, which is a fantastic project for us,” Geoff says. “And we just finished the Northern Beaches Hospital Project in Frenchs Forest. That’s been a wonderful job.” The Group is expanding its reach in the mining engineering space.

Geoff adds that Star Group is currently in a good position for the future. “As it goes forward, there are people there that can take it on for years to come.”