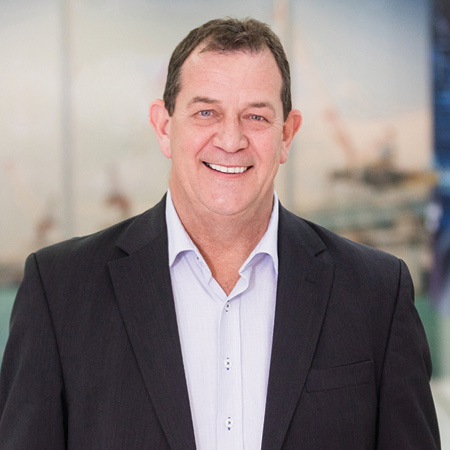 ­­In 1949, Australian engineering and construction icon, Sir John Holland, founded the John Holland Construction Group. The company won its first major civil engineering project in 1950, and has gone on to build many of Australia’s major complex infrastructure projects. Though Sir John passed away in 2009, his company and his passion for quality projects have lived on for generations, surviving multiple acquisitions and business leaders, including recently retired CEO Glenn Palin, who has continued to drive those values throughout his twenty-three years with the company.

“The late 1940s was a great time for engineering and construction in Australia, a lot of new significant companies were formed by some incredible men who became legends in the field,” says Glenn. Along with John Holland, at around the same time AC Lewis formed Concrete Constructions; Ian Barclay started Barclay Constructions; and Stanley Leighton founded Leighton Holdings.

“It’s funny but disappointing that there’s only one original name that survived over the years, and that’s John Holland.” 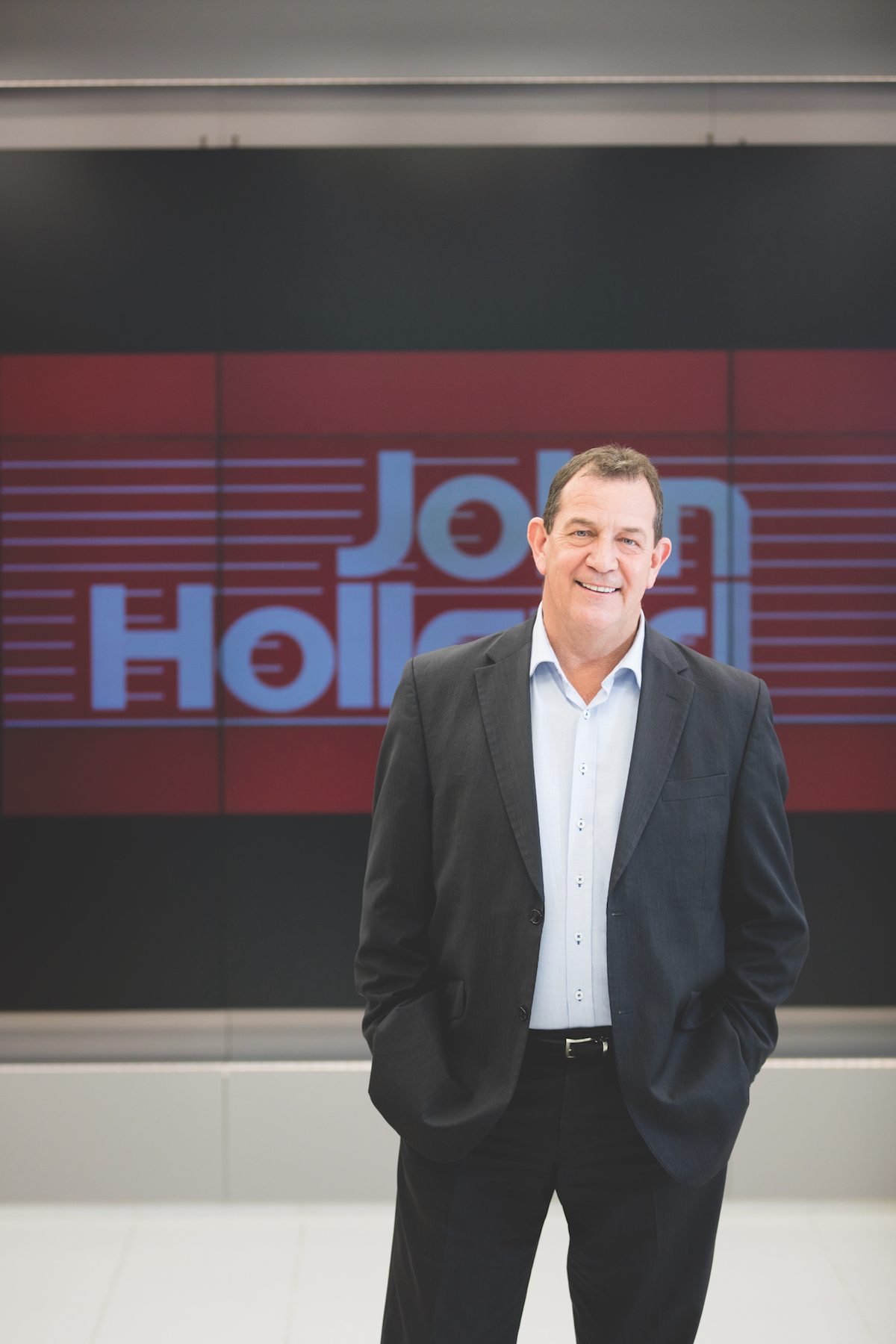 “It’s funny but disappointing that there’s only one original name that survived over the years, and that’s John Holland.”

That’s not to say there weren’t numerous opportunities for the company’s name to change or disappear over the years, as the firm met with the threat of absorption by new parent companies. Despite having faced new ownership on three separate occasions since 1990, the historic brand name and its connotations were always maintained. After several decades of growth and diversification, Janet Holmes à Court’s Heytesbury acquired the John Holland Group, and over the ensuing nine years the company secured a $180 million contract to construct a Toyota car manufacturing plant in Altona, Victoria, and expanded into rail with its first major rail maintenance and construction contracts with Wesrail and the Asia Pacific Transport Consortium.

In 2000, John Holland’s majority shareholder, Leighton Holdings, acquired 70% of the business, and four years later the group was awarded the $2.5 billion EastLink project, in conjunction with Theiss. Just last year, John Holland was again purchased, this time by an international corporation, the China Communications Construction Company (CCCC). “During the acquisition process, we enquired as to CCCC’s intentions in relation to maintaining the John Holland name. Their response was an unequivocal ‘Of course we want to keep it’ — the brand, the history, the reputation, the people — that’s a large part of why we’re so interested.’”

A veteran of the industry, Glenn has been in construction and engineering for more than thirty-five years, the majority of this time served with John Holland Group. Having retired in November, Glenn looks back on his time with the company. “I was lucky enough to have met Sir John Holland during my early time here, and the values that he has enshrined around fairness and quality and supporting our people are still evident today. I’m proud to have been around to see how we have grown over the last twenty years, and to have played a part in that.”

Before being appointed CEO, Glenn played a number of roles in the business, including COO, Executive General Manager for Specialist Businesses, regional manager, and other operational roles. When Glenn first joined the company in 1993, annual turnover was around $300–400 million, with anywhere between 700 and 1,000 staff, depending on workloads and market activity. Today, turnover regularly exceeds $4 billion, and Glenn heads up a 5,000-plus team that works across approximately 100 projects at any one time.

When Glenn first joined the company in 1993, annual turnover was around $300–400 million, with anywhere between 700 and 1,000 staff, depending on workloads and market activity. Today, turnover regularly exceeds $4 billion, and Glenn heads up a 5,000-plus team that works across approximately 100 projects at any one time. The group won the 2014 Australian Construction Achievement Award for its Cape Lambert Marine Works project, and in 2015 again won the Award for its Victorian Regional Rail Link project. All the while the company has continued to uphold its key values around integrity, collaboration, care, accountability and innovation.

Changing of the Guard

Looking ahead, John Holland Group is expected to continue to prosper, with new CEO Joe Barr beginning to lace up the large shoes he must fill following Glenn’s departure from the company. CCCC’s ownership has presented many new opportunities for expansion. As the largest listed company in the international infrastructure and engineering sector, CCCC has exciting plans to utilise the group to develop their own international growth, which will involve doubling the size of the John Holland Group within five years. “We’re now in the first year of that five-year plan, with a broadening focus on what we have to do to achieve that,” says Glenn. “There are a couple of different areas John Holland will be focusing on going forward, to reposition the group as a business grower, not just a constructor.”

Across the company’s three key pillars — buildings, infrastructure and rail — each division has been charged with seeking new opportunities to vertically integrate new service offerings. “We’ve been exploring how we can continue to operate as a constructor in the markets that we’re already comfortable in, but also introduce new operations, whatever they might be — asset management and maintenance, development, facilities management, and so on,” says Glenn. Further, while previous owners restricted their operations to Australia, CCCC provides the benefit of geographic expansion, with the group’s first South East Asia office opening in May. “The firm will be taking that expansion very cautiously, servicing the Singaporean and Malaysian markets in the first instance, and hopefully that will facilitate further growth.” 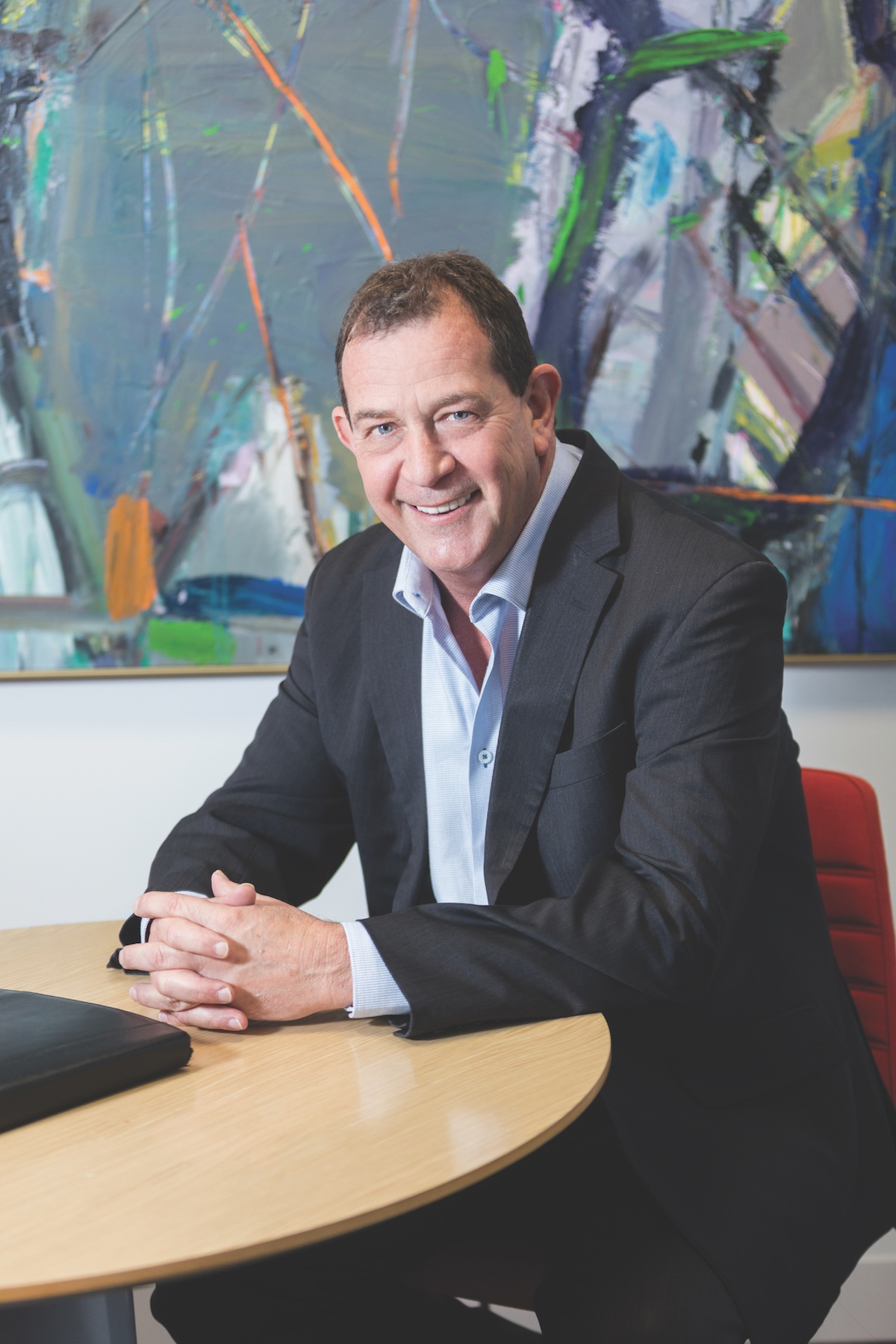 Glenn had been overseeing the implementation of a new John Holland Group Development and Investment vehicle, which will cover property development, mergers and acquisitions and public–private partnerships.

Before announcing his retirement, Glenn had been overseeing the implementation of a new John Holland Group Development and Investment vehicle, which will cover property development, mergers and acquisitions and public–private partnerships. “It’s going to make the company a major player going forward. With the financial backing of CCCC, John Holland will be able to create its own opportunities, and we expect to see those initiatives start to crystallise over the next twelve months or so.” More than anything, Glenn says the support of such a strong new parent company has been a great win for the people of John Holland Group, who have banded together through what was quite a difficult and uncertain time before acquisition, with most choosing to stay loyal to the business despite uncertainty.

Prioritising people is about more than just onsite safety

“In that period of uncertainty, we lost less than twenty people. Not everyone could stay, and that’s understandable. But there was a large majority who stuck to the task, kept their heads down and did their best. I’m so pleased that we’ve come out the other side of that in a very strong and exciting position — that is probably the best we could have hoped for,” says Glenn. Above all else, Glenn says taking care of people is the most important part of leadership today. He says that John Holland prioritises people’s overall well-being — rather than just on-site safety — as well as ensuring a strong diversity of workers, and providing ongoing and multiple types of training and development opportunities. “We actively drive a strong diversity agenda right across our business and place a huge emphasis on training and development opportunities,” says Glenn. “I am particularly proud of our ongoing achievements in diversity, whether that be age, gender, culture or even career.”

“We have not been leaving this to chance, we have been very active. We’re not perfect but we acknowledge that, and the company is certainly not afraid to tackle it. I see this as being a major part of why people want to work at John Holland,” says Glenn. This is no understatement — each year the company receives thousands of applications from aspiring engineers or construction professionals wanting to join its graduate program, despite there only being around 100 spots for the lucky minority. Those that make it through will be successful not just because of technical know-how, but because of how well their personality aligns with the company culture.

Continuing an investment in future leadership

John Holland Group has praised Glenn for being a driving force behind the introduction of internal programs designed to develop the careers, skills, and opportunities of younger employees, as well as providing opportunities for everyone within the company to get experience in different roles, fields and leadership responsibilities. This is one accomplishment that he says he takes great pride in. “I could talk about successful projects all day, because our guys and girls deliver outstanding work in the field, and I’m forever amazed by what they can accomplish in difficult conditions. But today, our company plays a much broader role, and the expectations of us as a community leader are much higher,” says Glenn.

“During my time with John Holland, we evolved from being a straight construction company to one that also values the community and our social responsibilities.” As well as being a leader in its field, John Holland Group also serves as a great example of why nurturing your talent is so important, and Glenn maintains this has been a crucial driver for the company’s continued survival over the years.

“You judge the character of a company and the culture of the business by how you overcome great challenges. When I look back now on the way that people stuck together to see each other through those difficult times — that comes from the heart of the culture that you build,” he says.

“You can talk about technique and projects all day, but when those larger challenges are put in front of you and people stand by one another, then you know you’ve had something special.”