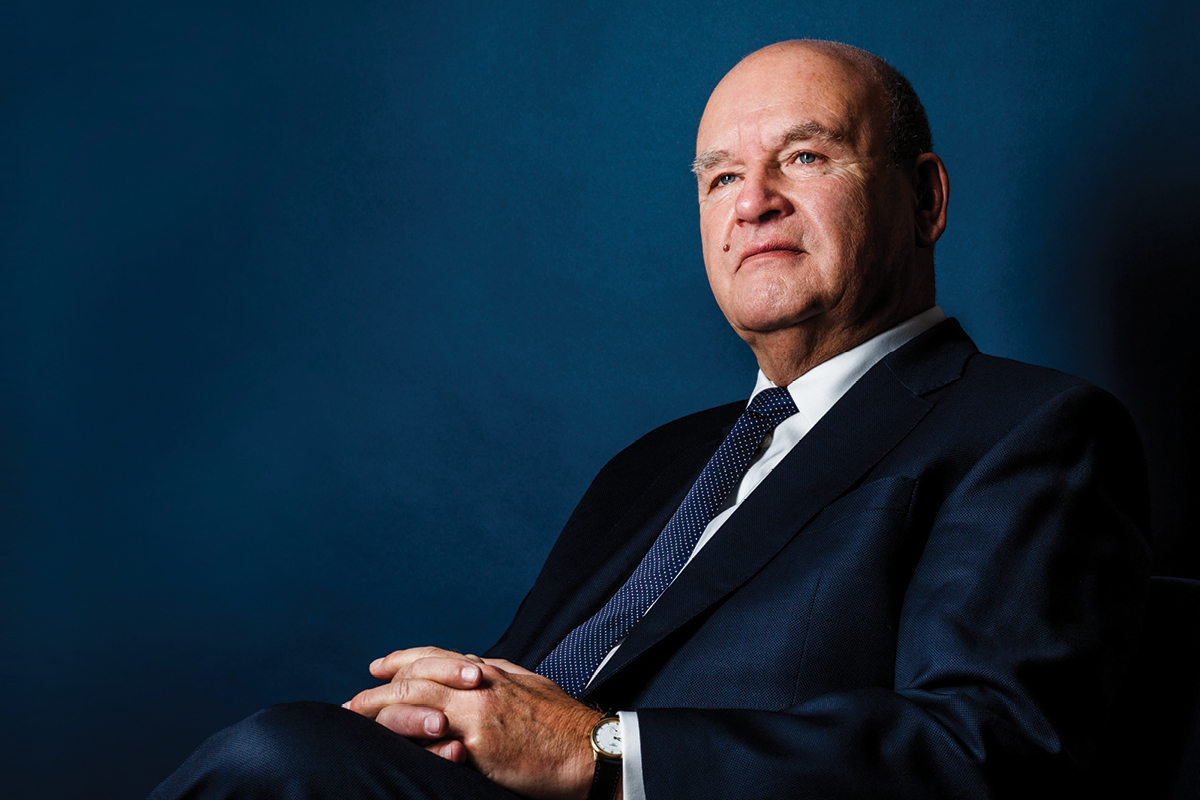 “If you can’t beat them, join them,” says Henryk Liszka of how he came to be CEO of HOCHTIEF Polska in 2003. Born in the UK, where he studied civil engineering at the University of Leeds, Henryk recalls he was first lured to Poland more than two decades ago by Sir Frank Lampl, then-Chairman of another construction company, Bovis International.

After establishing an office for Bovis in Warsaw, Henryk was headhunted once again – this time, by HOCHTIEF Polska. The decision to leave Bovis and join HOCHTIEF was something he didn’t take lightly – the loyal Henryk spent a year mulling over the offer before finally accepting.

Founded in 1996 and headquartered in Warsaw, HOCHTIEF Polska is a construction company covering office, residential and commercial projects, hotels, industrial and public-purpose buildings.

Its portfolio includes the Museum of the Second World War in Gdańsk, and the Krakow Opera and Supreme Court buildings.Henryk says the residential sector in Poland, in particular, is booming. “Specifically, it is due to the lack of supply,” he says, “which a lot of developers have recognised and decided to do something about.”

HOCHTIEF Polska is busy with a variety of projects, says Henryk, including an airport, having recently signed a contract with the Polish Airport Authority to modernise its baggage handling system. “It’s work like this that we are picking up that is traditionally our bread and butter.”

The main issue facing the construction industry in Poland is the lack of skilled workers, and with economic difficulty in Europe impacting the industry, many workers cross the Polish border, attracted by the high pay elsewhere.

“It has been incredibly difficult in the construction industry in Poland and generally in Europe,” he tells. “There is a huge shortage of manpower and there are a number of reasons why this has happened. A lot of people have gone to other countries in search of better wages.

“On top of that, prices are going up, but wages aren’t increasing proportionally, which is why many people have decided to skip the country. You can’t blame them, but it has had a serious negative effect on local construction companies,” muses Henryk. “Construction companies are the first to get hit, and the last to come out of it.”

Despite this, business remains good and there is plenty of local work for HOCHTIEF, and Henryk adds that most of the company’s customers are those it has worked with before. “About 60% of our business is return business; it’s the best marketing tool possible,” he says.

Henryk describes the company’s strength as its focus on and attitude towards the customer. It has adopted a “value engineering” approach that aims to ensure customers get the best value for money.

“Before something goes out to tender, we ask, ‘How could you value engineer this project?’ At the end of the day, better value for money for the client is key,” he explains. “We wouldn’t survive if it wasn’t for the client, so if we can help them, they in turn respect us, and that’s why we get a lot of return business.”

Aside from keeping the customer as its core focus, Henryk stresses the importance of innovation and staying ahead of technology. “You can’t say, ‘Well, I’ve done it like this for 20 years and I’ll do it like this for another 20 years.’ That’s just simply not good enough.

You have to look at ways of perfecting what you do. And if you don’t do that, you’ll get left behind,” he says. “We’ve taken digitalisation seriously. Innovation and keeping up with technology are very important in our business. I suspect it’s important in anything.” 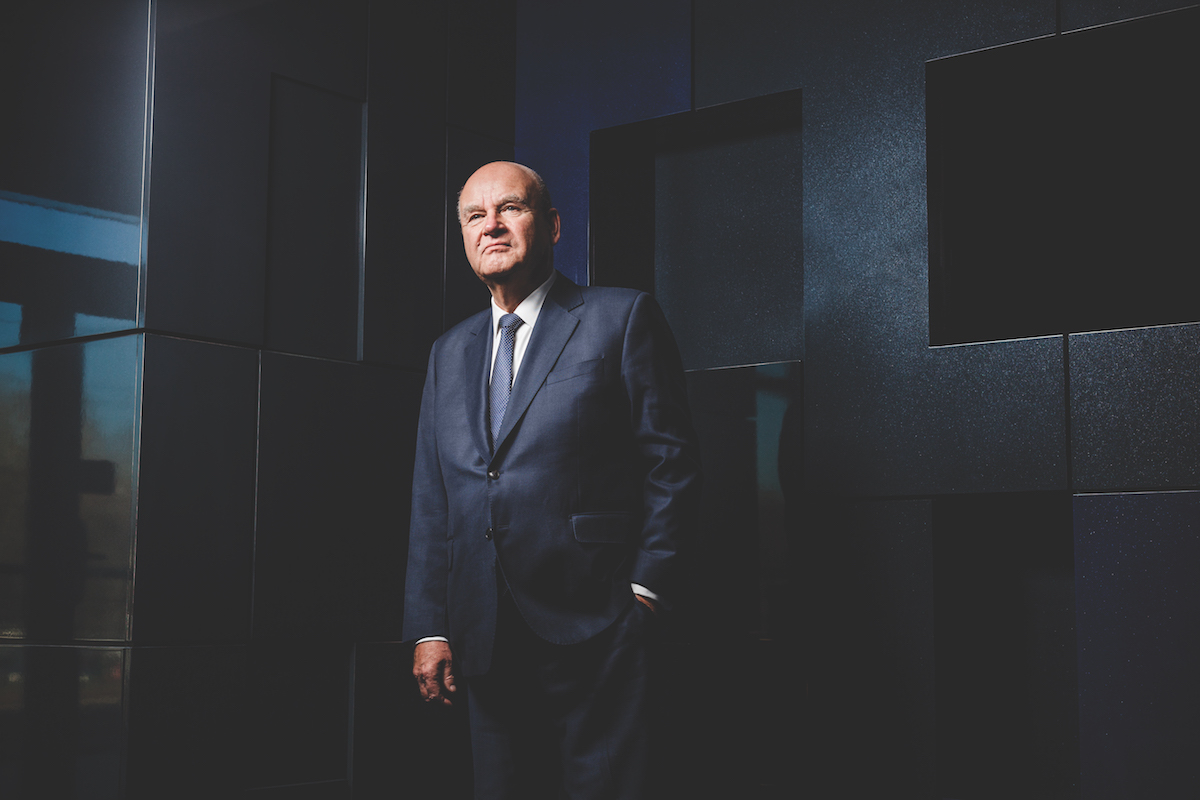 Henryk highlights the value of the people he works with at HOCHTIEF; his “A-team”. “You’ve got to have the right people in the company,” he insists. “You can have the best systems in the world, but if you haven’t got the right people, those systems are worthless.

“You can have the best systems in the world, but if you haven’t got the right people, those systems are worthless.”

“When I came to HOCHTIEF, I assessed the people we had because, for me, the most important task was getting the right person in the right position.”

When it comes to working with HOCHTIEF’s partners and suppliers, Henryk says it’s all about trust. “It’s about building a level of trust with our clients and the whole spectrum of suppliers and subcontractors. It has always been my ethos that you’ve got to trust people. If you can’t trust them, don’t work with them.”

A direct result of having strong supplier relationships “enables us to price ourselves in the market”, he adds. HOCHTIEF’s central procurement department has “buying power”, honed over years of developing relationships with companies. “HOCHTIEF is synonymous with quality, and a lot of clients are aware of this,” says Henryk.

“I’ve used this saying during my career many times: ‘If you pay peanuts, you get monkeys.’ You’ve got to price yourself in at the right level.” But, he adds, all the elements must work together. “While the supply chain element is hugely important, that’s not to dismiss the importance of innovation and having the right people.” 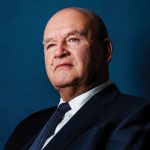