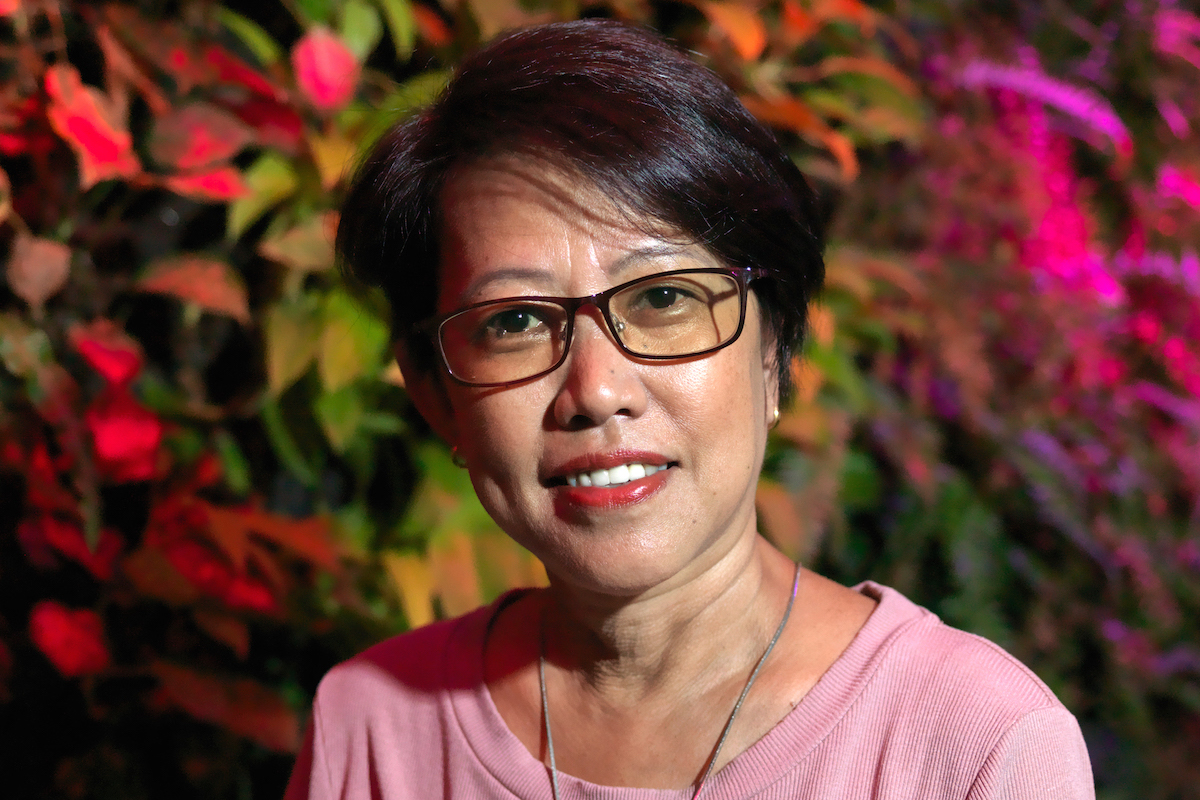 Singapore is a world-class city in a garden, famous for its iconic green spaces created to preserve its citizens’ quality of life. Behind these gardens and parks are what Executive Director of Nature Landscapes Jacqueline Allan calls the “unsung heroes”.

These are the people who work hard to maintain such a stunning landscape, celebrated by the Landscape Industry Association (Singapore) at their biennial Awards of Excellence.

Jacqueline and her team pride themselves on being part of a premier landscape company that maintains the highest standards in the industry.

To reach these standards, Jacqueline decided it was essential to create meaningful careers for her staff. “I was inspired in many ways, so I thought that if I could do the same for them, then they would go through the same journey as me and excel each day,” she enthuses.

“They could each be a better person and have a better tomorrow; there’s always a better tomorrow.” Jacqueline has been in the industry for 30 years and loves her job. “It’s soul fulfilling, and goes beyond my expectations,” she says.

“I think I just did the best I could at every task I was given and took on more and more responsibility until I got into a leadership role when I’d been in the industry for six years. I had an ambition, and my ambition was simply to always do the best that I could.

I live by this motto: ‘If a task is once begun, never leave it till it’s done. Be the labour great or small, do it well or not at all.’” Though she’s successful in her work, Jacqueline maintains a humble attitude.

She says she was surprised when the Managing Director and General Manager of Nature Landscapes reached out to her about a role. “It’s such a big organisation,” she says.

“At that point in my career, I didn’t think I could play a very major role. But I just did my best, and it led to promotions over a span of 10 years, until now.”

Initially a horticulturist by trade, Jacqueline managed to work her way up to become a leader in her field. When asked what this transition was like, she says she never identified as a leader. “I believe in doing well in whatever I do,” she states.

“You do need the drive to achieve certain standards, then you have to make sure that you’re not the only one doing it. So if it means I have to influence someone, or a group of people, I naturally find and connect with the passion in the person, and make it work.”

Jacqueline believes that integrity, dignity and taking pride in your work are vital aspects of being a leader. “If you take pride in your work, you will not just look at it as a job that you need to deliver,” she explains.

“I think your gut instinct needs to be right to face whatever is on the outside. If the inside isn’t strong and you don’t have substance, then it is just going to be something you want to get out of the way without thinking about the consequences.” 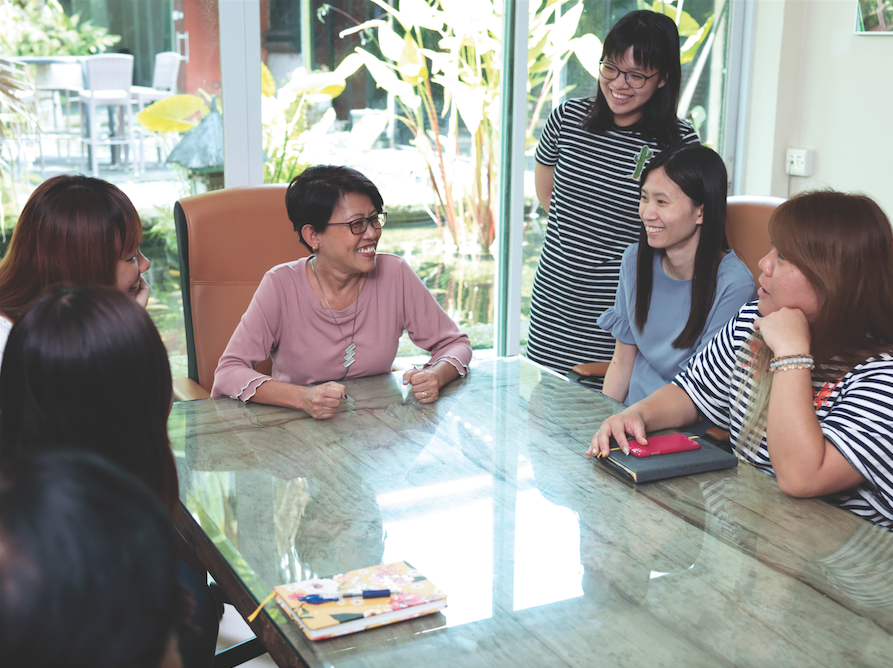 Nature Landscapes has two divisions, and Jacqueline oversees maintenance and sustainability. “We’ve changed our approach to services,” she says.

“I tell my clients not to look at us as a contractor, but as a partner. They pay me a fee to maintain their garden but, as partners, we will come up with ideas, long-term solutions, cost-saving methods and so on.”

When one person has a problem, we come together as a team and look out for each other.

Ardmore Park condominium is a large project under Jacqueline’s division, and her team has clinched a gold award in maintenance for it twice. “This was something we didn’t think was possible, because there are many new developments that come up and competition gets tougher over the years,” she admits.

“But the landscape condition and the way it’s maintained is still looking good, and I think this is one of the challenges we’ve managed to overcome. Every challenge that comes my way, I have never looked at it as the end.”

Another major challenge for Nature Landscapes is having to be one step ahead of the rest. “We know that with whatever challenge we have, there has to be a certain connectivity,” Jacqueline explains.

“We’ve managed to be successful with specific nature projects because those projects and their tasks made us think outside the box. I believe that sending our people, including myself, to attend courses and look at formulas has turned out to be a tool that helps us overcome many obstacles.”

Jacqueline’s division relies on manual work, so to prepare for the future it has, where possible, embarked on digitising practices. “We’re improving productivity and setting up an electronic reporting program to help streamline our operations,” Jacqueline explains.

“We’ve tried to get everyone to adapt to the new systems, and I think we have managed to, after two years of painful trial and error.

“The human touch still needs to be there, and we still communicate with staff in person at times. We’ve created on-the-job training for our ground crew where someone goes to coach them.

Also, in the office, we have what we call ‘company bonding’ for the executive supervisory staff and we meet every three to four months to celebrate this and to give out awards. Employee development has become a significant aspect of the company to attract and retain more staff.

“We have a broad spectrum of people,” Jacqueline says. “There are mature workers and, at the same time, we have millennials coming into the industry – all with very different needs. We have in-house, on-the-job and external training, where necessary, and we also provide leadership training for younger staff.”

Jacqueline encourages her team to have ownership over what they do. When they approach her with a problem, they need to find a solution and move forward without dwelling on it.

“It’s human nature, people are defensive when something goes wrong. So what happened is the first question, but I do not go into the why, because to me explaining why is what makes people defensive,” she says.

“We aren’t going to achieve anything that way. When one person has a problem, we come together as a team and look out for each other.” 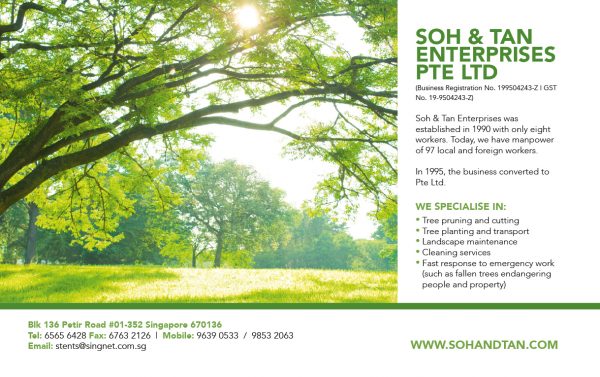