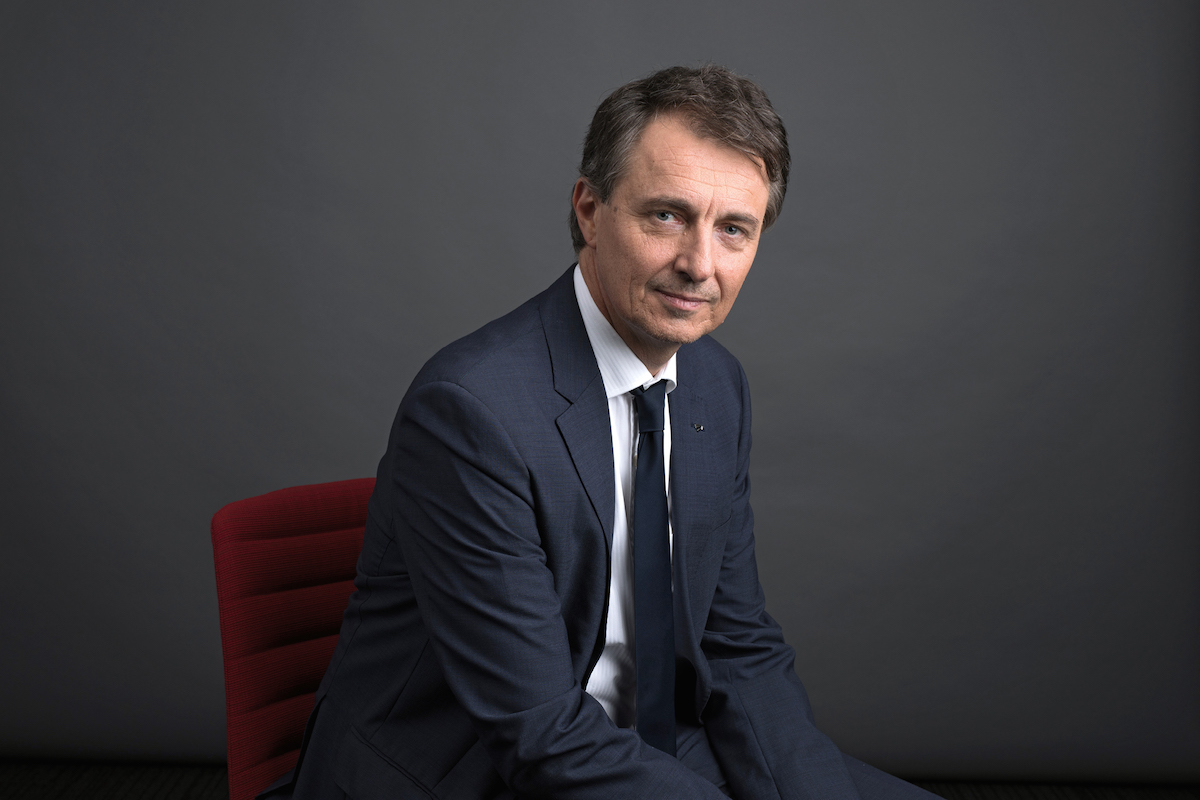 The economic prospects of Brisbane’s role as host city of the 2032 Olympics are tantalising for the state capital’s rapidly growing population and also for the many organisations that could reasonably expect to see a boost in business as the world comes here to visit and participate.

For one company in particular, the potential for new Olympic projects in the city is almost limitless. BESIX Watpac is an Australian construction company founded in Brisbane in 1983 and has about 600 staff across Australia and New Zealand. While its corporate head office is located in Brisbane, it also has offices in Sydney, Melbourne, Adelaide, Townsville, Cairns, Port Macquarie and Christchurch in New Zealand.

In 2018, it became a wholly owned subsidiary of the international multidisciplinary contracting company BESIX Group, headquartered in Belgium. BESIX Watpac CEO Jean-Pol Bouharmont sees the 2032 Brisbane Olympics as a gateway to more than just new business; it will act as a resounding affirmation of the company’s major impact on the city’s infrastructure.

“We are extremely excited by Brisbane’s successful bid for the Olympic Games, and the prospects for South East Queensland more broadly, in 2032,” he tells The CEO Magazine. “Brisbane’s iconic Gabba will be one of the main stadiums, and so we will certainly be targeting its redevelopment, which has been announced as part of the event.

This will be a priority project for BESIX Watpac. The Gabba is like home to us as we did the original redevelopment, and we were back there last year completing some major upgrades, which led to the AFL Grand Final being played there in 2020.”

While it is a tough industry, the work we do is for the benefit of many, and depending on the project, the entire community.

The company’s input to the successful 2018 Gold Coast Commonwealth Games included the Metricon Stadium and Anna Meares Velodrome, which stands it in good stead for prospective developments for 2032.

“Yes, we are very excited about the opportunity to deliver some of the major venues,” Jean-Pol says. “In addition, we are hoping to participate in some of the additional necessary transport infrastructure that will come up, be it through the airport development, metro or tramway stations.”

BESIX Watpac doesn’t need a sports extravaganza in order to find new business though. It has a long track record in key sectors, adding value in hospitals, airports, bridges, marine infrastructure and specialty services for industrial and secured facilities. It can also provide financing possibilities for public–private and private–private partnerships if project developers show interest.

For Jean-Pol, part of the payback of his job lies in the long-term benefits for the communities around projects. He was first attracted to BESIX and building major projects during his childhood in Africa. Then, after studying engineering in Belgium, he found himself working on a number of major infrastructure projects in Europe. 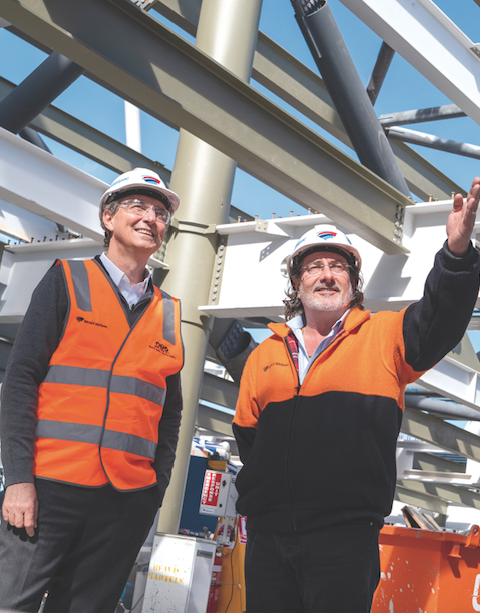 After 12 years, he was transferred to Dubai, progressing to the COO position for BESIX’s Middle East subsidiary where he took on responsibility for infrastructure projects including Dubai’s iconic Burj Khalifa, Cleveland Clinic – one of the world’s biggest hospitals – as well as airports, stadiums, tunnels, bridges, tramways, ports and major industrial projects.

“After spending 20 years in the Middle East, I was presented with the opportunity to move to Australia after the BESIX acquisition of Watpac, first as COO and quickly thereafter as CEO,” Jean-Pol shares. “It’s been a remarkable chance for me to lead the transformation of BESIX Watpac into an engineeringled, multidisciplinary construction contractor.

Brisbane-based BESIX Watpac can call on the global reach of the BESIX Group, which boasts over 110 years of operations in 25 countries, more than 13,000 employees and US$7.4 billion (A$10 billion) of work in hand.

“While it is a tough industry, the work that we do is for the benefit of many and, depending on the project, the entire community. Our projects become the legacy of the hard work done. It is incredibly gratifying for me when I pass a major project that my colleagues and I are responsible for delivering.”

Collaboration between the company’s three hubs in Brussels, Dubai and Brisbane centres around its in-house engineering team of about 200 specialists, who add value on projects in different areas such as design constructability enhancements. This can result in significant cost or time savings for BESIX’s clients, according to Jean-Pol.

Teamwork is everything, he says of BESIX Watpac’s operations. That applies internally but also externally when it comes to choosing partners for its major projects, whether that be at the design stage or when selecting specialist partners and subcontractors for construction. 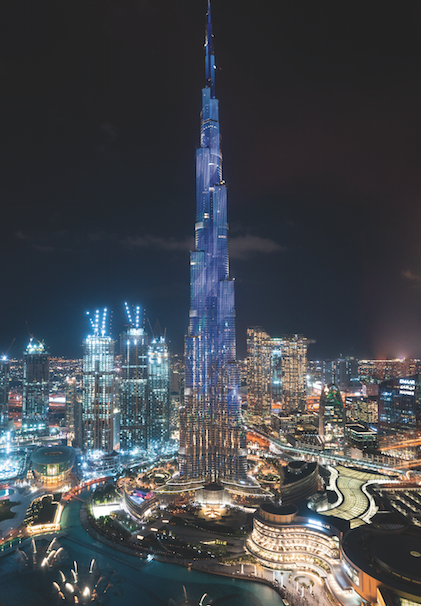 As examples, he points to the BESIX Watpac team that was recently awarded Christchurch’s Canterbury Multi-Use Arena project and the specialist project team that successfully tendered for Brisbane’s Kangaroo Point Green Bridge.

“We place enormous importance on our relationships with subcontractors in every corner of the country,” Jean-Pol says. “Beenleigh Steel Fabrications is a great example of one of those productive relationships. They’ve been working with us on most of the Queensland stadiums for the past 20 years. For example, they came with us to Townsville to build the structural steel for the award-winning Queensland Country Bank Stadium, and also worked with us on the extension of the zinc refinery there. Now they have provided the structural steel elements for the Jubilee Place development in Brisbane. It’s an extremely complex steel diagrid structure and we needed the right subcontractor to deliver it.”

Similarly, subcontractors from the Geelong region have won nearly 60% of the work packages awarded to date (by value of packages) for the City of Greater Geelong civic administration building, with most of the labour force supplied by locals. “We are also committed to social procurement, providing opportunities to disadvantaged people wherever possible.

Indigenous engagement is another key focus, and we’ve achieved some great Indigenous employment outcomes of up to 12% on projects,” Jean-Pol says. He draws on more than 30 years of experience working on huge projects around the world to lead by example, by supporting and mentoring his staff. He firmly believes that this is his greatest strength as a leader.

“The best advice that I would share is that if you think something should be done and are confident you can do it, then do it,” he asserts. “Otherwise, speak out and share your views with your colleagues to ensure that no opportunity is lost and that any risk is addressed. “Our values of excellence, co-creation, respect, passion and unity speak for themselves. They are central to our brand and to our success.”