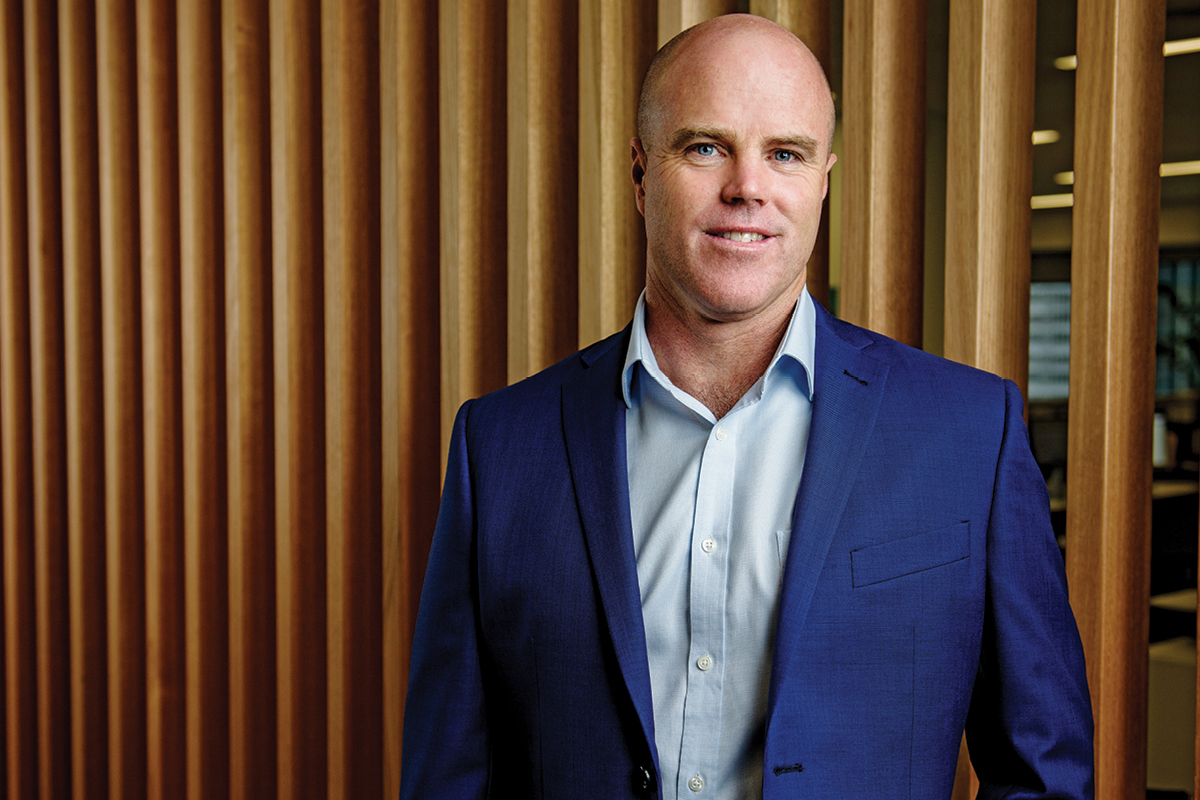 Probuild is one of Australia’s most successful and prolific construction companies, last year celebrating its 30th anniversary. This year, it’s celebrating an anniversary that’s a little more specific, but no less momentous – five years of successful projects in Queensland. Probuild’s Queensland Managing Director, Jeff Wellburn, believes these projects have vindicated the company’s expansion into the Sunshine State.

“There was a reason we moved here,” he says. “There was a demand from our national clients. They have operations all around the country and so we felt that having a presence in Queensland was necessary to be able to give them the same consistency of service that our clients in other states were getting.

“We’ve had some exceptionally challenging projects, and we’ve come out the other side of them. Moving forward, we’ll focus on being able to deliver projects operationally, from a more mature basis. We’ll stand upright and keep moving forward.”

A period of establishment and growth

The past five years have been a period of establishment and growth for Probuild. With the company completing one successful project after another, Jeff believes the organisation is developing sufficient local experience to become an influencer in the Queensland market. “We’ve paid some dues over the past five years,” he says. “We’re able to field a solid core of professionals who understand construction, the local market, our national clients and how to deliver the projects they require.”

Like Probuild itself, Jeff has become a veteran of the industry. He’s accrued construction experience across Southern Africa, Singapore, the Middle East and Australia. After his military service in the South African navy, he undertook a degree in Construction Management, and went on to serve in construction companies; including running his own business for some time.

But in his earlier days, he admits he took his work a bit too seriously. “Now that I’m older, I would’ve counselled my younger self to enjoy the moment,” he says, “to be a little more perceptive and to understand that the project will get built regardless of whether or not my personal stress levels are maxing out.”

With international experience behind him, and having settled in Queensland for the time being, Jeff has learned to take things a little easier. That’s not to say he now neglects the business side of things; while he’s serious about Probuild’s mission, these days, he also recognises the importance of staying happy, healthy and motivated.

This approach has seen itself writ large in the way Jeff leads his team. “There’s a lot of business-speak around,” he says, “but at the end of the day, I believe that if you engage with people on a human level, you’ll see they are really good judges of whether you are genuine or not. If you can engage with people on that personal level, you’ll both be on the journey.”

“If you can engage with people on that personal level, you’ve got them along for the journey.” Putting emphasis in people and projects

As his team is rewarded by his focus on engagement and satisfaction, Jeff is in turn rewarded by the talents and abilities of the Australian construction industry. He’s worked in many regions of the world during his long career, and is particularly impressed by what the sector in Australia has to offer.

The “highly trained, capable” nature of Australian construction workers translates into a reduced dependence on micromanaging and general contractors, a boon to Probuild’s operations. But Australia also presents a more expensive market for construction firms, where the lifetime of a project from conception to construction is longer.

For Probuild, this simply means it spends more time on projects, with thoroughness and care defining the company’s approach. “We make sure the projects we take on are delivered correctly and appropriately,” Jeff explains. “The focus of the company has been on Tier 1 projects. We identify projects that are of strategic importance, for clients with a national footprint. It’s important to understand the individuals and organisations involved in a project. These projects tend to go for several years and require a lot of time, effort and commitment, as well as capital. We make sure that we understand and map that process carefully before getting involved.”

Over the years, Jeff has focused on developing the ability to identify the projects that best align with Probuild’s strategy. Having spent his career in numerous geographical regions, he’s seen how the Queensland construction sector differs from that of other parts of the world.

“Moving with the construction industry has forced me to be able to set up quickly in a new place,” he explains. “It generates tenacity in individuals. It also provides the insight necessary to review the market quickly, make assessments and understand key economic drivers, and who the participants are.”

Jeff places a particular emphasis on employing the best and says this is something that has remained constant no matter what part of the world he is in. He endeavours to motivate and engage his existing staff, ensuring the alignment of team members starts with their hiring.

“We try to employ people who understand the process and rigours of construction,” says Jeff. “Our focus is very much on a project-first outcome; we put the project ahead of anything else. We try to take the ego out of the room and build teams of people who not only understand the technical side of things, but also possess the emotional intelligence to manage large capital projects and stay calm as we go.”

But as crucial as Jeff’s team is to Probuild’s five years in Queensland, he acknowledges that the company’s partners are just as much a part of its success. They’ve helped Probuild gain traction not just in Queensland, but across Australia. “Without a doubt, with any construction company, the most important aspect is our relationship with our stakeholders, our strategic partners,” he says. “You can have the best people, but unless you engage and partner with competent consultants and subcontractors especially, you won’t succeed.”

“The most important part is our relationship with our stakeholders, our strategic partners.” Jeff’s management strategy of balancing his business relationships with social engagement extends to Probuild’s relationships with its Queensland partners. The business recently got its subcontractors and suppliers together, had a few beers, and explained the direction the company was taking in the market and the opportunities they saw ahead. The casual, open communication of such events leads to a sense of appreciation among Probuild’s partners.

Without Probuild’s partners, the builder’s Queensland projects wouldn’t be the achievements they are today. As the firm celebrates its fifth anniversary in the state, Jeff can look back at an impressive portfolio of developments across Brisbane’s CBD, Toowoomba and the Gold Coast.

When he was still a Construction Director for the company in Perth, Jeff started commuting to Brisbane in 2015 to oversee the development of The Star Gold Coast’s new six-star, all-suite tower. The 17-storey hotel is located at the front of the iconic Broadbeach Island.

It was a technical challenge, especially given the existing constraints of the site, but it was a challenge that Probuild overcame to deliver the project with minimal impact on the existing casino’s operations.

With five years of similarly successful projects behind the company, Jeff has faith in Probuild’s capabilities. He also has a general confidence in the market, though that’s tempered by its uncertainty. All things considered, Jeff has good cause for optimism; with five years of operational excellence behind it, Probuild continues to work on exciting new projects throughout Queensland.

“There are a few larger towers in and around the CBD that are gaining traction,” says Jeff. “There’s a fair bit of movement in the commercial office space with several big national players. We have been involved in Queens Wharf, Brisbane’s historic waterfront, and we are in the tender phase of the Integrated Resort Development on that site.”

While the Queen’s Wharf project is currently in the excavation and shoring phase, Probuild is ensuring that the waterfront’s heritage buildings are conserved in an effort to cherish the history of the wharf. 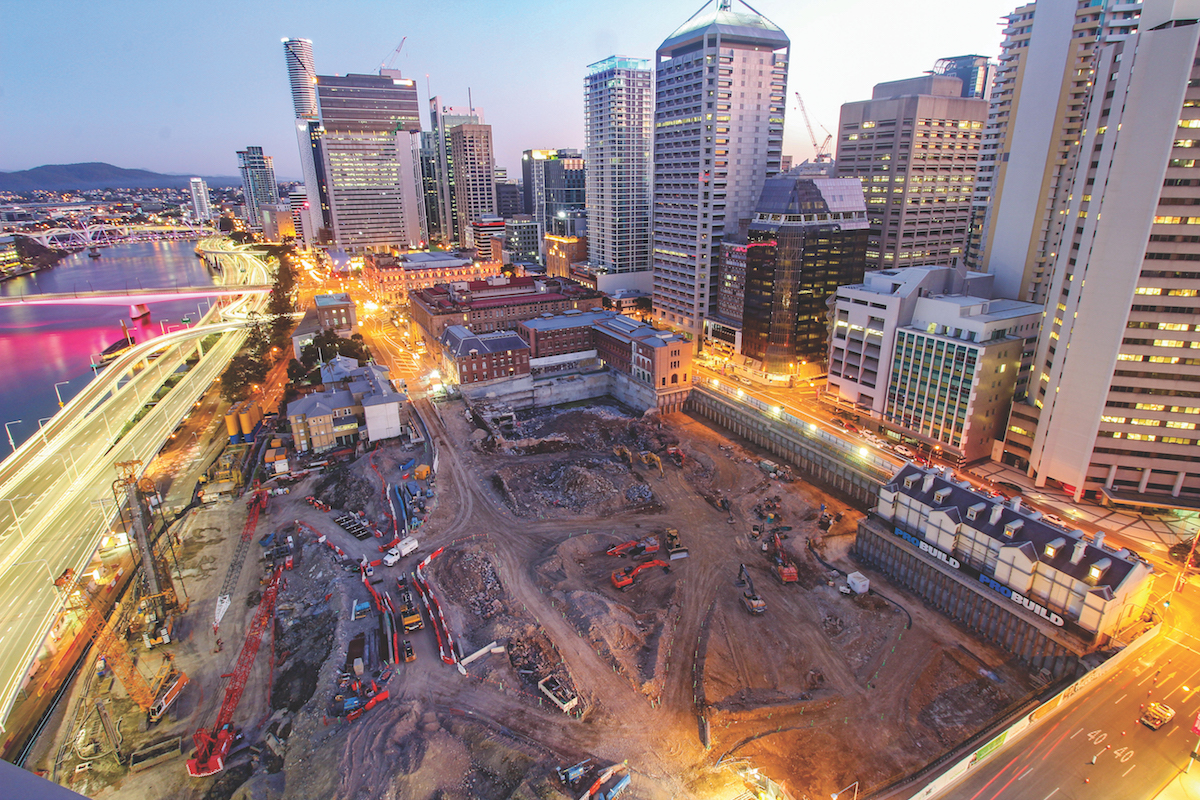 At the same time, Jeff welcomes certain changes into the industry. For one thing, Probuild is committed to gender equality, a challenge in a historically male-dominated sector. The company supports the National Association of Women in Construction, and Jeff discourages the more toxic elements of masculinity that once pervaded the wider industry.

“Historically, there has been a lot of testosterone in construction and that can have a negative impact on the way companies deal with issues,” he says. “The way we deal with each other, our clients, and subcontractors. Thankfully, it’s changing. Certainly at Probuild and on our sites, it’s a much more considerate workspace.”

Jeff takes a comprehensive overview of all the elements integral to Probuild’s continued achievements. This broad perspective, after all, has guided him through his career, and defines the way he now leads Probuild Queensland into its sixth year.

“Success necessitates an even spread between commercial return for the business, client satisfaction, and happy end users, staff and the surrounding community, as well as the natural environment. You’ve got to take a balanced view in the way that you measure success.”

“You’ve got to take a balanced view in the way that you measure success.” 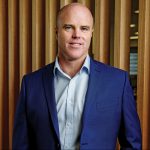