Many business leaders would probably be happy to have their companies valued at US$200 million (€170 million). Not Joey Ghose. When he took the helm at Raysut Cement Company (RCC) as CEO in December 2017, the year’s valuation for the firm did not represent success to him.

Rather, it was seen as the culmination of years of subpar performance. That’s because at its peak, RCC used to be a billion-dollar enterprise. From the get-go in his new role, Joey was plagued by a question that kept him awake at night: how could he get the company back into the billion-dollar range?

Change happens from within

Joey dove into a systematic reform of the company by first looking inwards. “I discovered that we were our own worst enemy,” he recalls.

“There were major gaps in our systems, policies and standard operating procedures, which resulted in a lot of complacency, overstaffing and duplication of work. I realised that the business could not succeed if we did not have the right teams in place with the right people in the right jobs who were held accountable for their work with regular, quarterly reporting.”

It was clear the company’s human resources policies were long overdue for a revamp. This involved setting up an appraisal system guided by well-defined KPIs.

“I believe that it is important for any successful company to have clear goals that are shared with each and every employee, as well as clearly defined steps on how to achieve them,” Joey explains.

“A robust performance management and appraisal system will help ensure that every individual is performing as well as they can. It’s the only way to ensure that everyone in the workforce is engaged and pushing in the same direction.”

Following a successful reform to the workforce, Joey turned his attention to RCC’s cost areas and found the main culprit to be the firm’s cement plant, where the equipment had not seen proper maintenance in the 10 years before he joined. Declaring 2018 the year of correction, he led the company on an ambitious modernisation process.

“We upgraded all our equipment to ensure that it not only ran at its installed capacity, but exceeded it. We also put in place new technology that made us more cost-effective, reduced our carbon emissions and made our plant a safer and better place to work,” he reveals.

With the organisation’s internal issues addressed, Joey began to look into increasing RCC’s revenue. He believed that the answer lay in expanding the company’s footprints. “Our plant is in Salalah in the south of Oman, which gives it access to the port,” he explains.

RCC has transformed into a regional player that is no longer susceptible to domestic issues. We have spread our business across several markets so that a downturn in one can be made up for by success in others.

“However, Oman’s population and business areas are concentrated in the north, which put us at a disadvantage because of the freight costs involved in shipping our products across the country.”

It was apparent that to remain competitive, RCC would require a northern presence. It was with this goal in mind that RCC acquired Sohar Cement Factory in May last year. With a capacity to produce more than 1.7 million tonnes of cement per annum, the factory pushed the company’s production then to 4.7 million tonnes – today it’s even higher at 6.4 million tonnes.

“Following this acquisition, we now occupy more than 40% of the market in the north,” Joey says proudly. The company has continued its southward expansion by leveraging its proximity to the Salalah port and moving into overseas markets including Yemen, Zanzibar, Somalia, Madagascar and the Indian Ocean islands.

In this quest for overseas expansion, RCC has been fortunate enough to have a natural advantage – Oman’s strategic location on the region’s traditional maritime trade routes. “If you look at a map, you’ll see that Oman sort of sits at the centre of the Earth,” Joey says.

“Our shipping routes are well positioned to service the entire extent of the Indian Ocean markets. These are high-growth areas that are integral to our long-term strategic plan. If you look into the history of trade routes from Salalah Port to Nairobi or Mombasa in Kenya, Dar es Salaam in Tanzania and Mozambique, you will learn that these are very old, well-travelled routes that have always been of economic importance.”

It’s important to create relationships with suppliers, but they have to be limited and they have to have a strong track record.

To make the most of this advantage, the company has even acquired five seagoing vessels, reducing its reliance on third-party shipping partners and the impact of fluctuating shipping costs.

“When I first joined, RCC was very dependent on the south of Oman for its livelihood and was susceptible to local market conditions. For seven years, the southern market had declined significantly and so had the fortunes of the company,” Joey recounts.

“But we live in a global environment, so it’s important to have our eye on international events. This will not only enable us to readily identify growth opportunities as they appear, but also to avoid any negative market impacts. 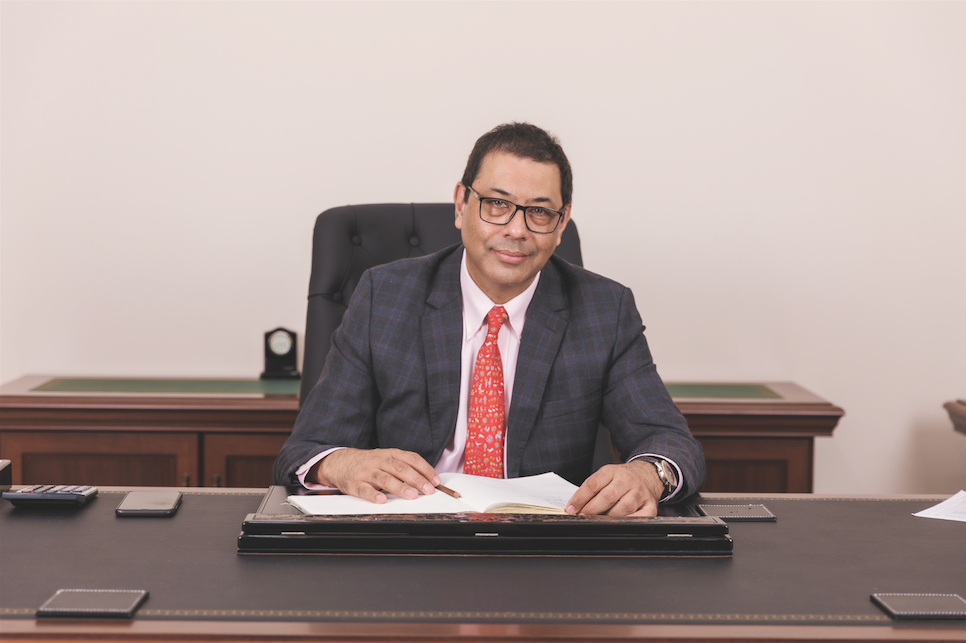 “Since expanding, RCC has transformed into a regional player that is no longer susceptible to domestic issues. We have spread our business across several markets so that a downturn in one can be made up for by success in others.”

RCC rounded out 2019 with two investments in Duqm in September. With this move into central Oman, it effectively established presence in all major geographical regions of the country.

The investments included a terminal services agreement with the city’s port and a land lease agreement to build a grinding unit that is expected to add another one million tonnes to RCC’s annual capacity, pushing it to 7.4 million tonnes.

“We have developed a strategy of growing in markets where the margins are better and the potential higher than in the Middle East,” Joey says. “At the same time, we have to protect our home market because it is constantly under attack from the UAE, which has an overcapacity of about 40 million tonnes of cement, and continues to dump into the Omani market.”

It’s on track to attain its target production capacity of 20 million tonnes by 2025, propelled by the reformed operations that allow the firm to run like a well-oiled machine. “I have been able to put into place a team that is fully committed. They are clear about the common goal and work towards it collectively,” Joey confirms.

Even while he aspires to transform RCC into a business with a bigger regional presence, Joey is adamant about keeping its production and manufacturing mostly local. The company is proudly Omani and has historically benefited greatly from the country’s natural resources.

“Oman has ample availability of high-grade limestone, gypsum and iron ore, all of which are raw materials required for the manufacturing of cement,” he points out. There’s no need for the company to rely on imported raw materials and, in fact, Joey is not a fan of unnecessary outsourcing. “The cement industry is a process industry, where every minute or second lost in production cannot be regained,” he says. “When we invest in a plant, we generally spend between US$20–250 million (€170–213 million), and a feasibility study would have been done to ensure that the plant operates at a certain percentage, a level that usually requires specialists and trained staff in every department.”

In his opinion, the amount of specialisation and attention to detail that is desired simply cannot be reliably achieved by a third party.

“When IT is outsourced, for example, the work will probably be done by a company that’s working with 20 or 30 other clients. Its priority isn’t to understand how the cement industry works, nor is it obligated to be a cement expert,” Joey explains.

Similarly, with outsourced maintenance, RCC will be one in a long queue of clients that require attention. Time will be lost, or specialty work may be required, which the outsourcing partner isn’t able to provide and will have to work around. Compare this to having an in-house workshop, which has only one priority: to keep our cement plant running.”

The fact that cement manufacturing is such a capitalintensive industry makes it all the more crucial that no money is lost to inefficiencies.

“It’s important to ensure that our business doesn’t come to a halt due to third-party failure,” Joey says. “Even with the current drive towards globalisation, where China is seen as the world’s factory and India as the IT support, I believe that it is important for any industry – particularly those which are capitalintensive – to be self-sufficient to a certain extent.”

This is why, besides establishing its own mines and handling its own transportation of goods, the firm has also taken on its own power generation. In addition, Joey is currently pushing the firm towards self-sufficiency in its inventory and maintenance, motivated by the painful lessons learned from COVID-19.

Even with the current drive in globalisation, where China is seen as the world’s factory and India as the IT support, I believe that it is important for any industry – particularly those which are capital-intensive – to be self-sufficient to a certain extent.

“Our engineering work used to be carried out in the UAE and the spare parts for our equipment were from China. During the pandemic, we had to survive without these services and items for about three months as the supply chain dried up,” he reveals. “The loss we suffered in those months wiped out all the savings we made over the past five years from outsourcing.”

Only the select few

Still, no man – or company – is an island. Despite Joey’s stance on outsourcing, necessity dictates that he allows RCC to work with a few chosen partners. He reveals that most of RCC’s partners are OEMs, but that the company also works with spare part suppliers, building companies that constructed the manufacturing plants, as well as with packaging companies.

“It’s important to create relationships with suppliers, but they have to be limited and they have to have a strong track record,” Joey says.

“We have continuous dialogues with them and share systems so that they know our stock count and supply replenishment can be automated. We have a very robust vetting system for our suppliers, which we look at annually to keep track of their performance.” As for the future, Joey predicts that it belongs to regional firms such as RCC.

“The cement business is very much a localised one in that the raw materials, labour and energy are all sourced locally. To a great extent, most customers also source the finished product – the cement – locally,” he says.

“I think that the need for global technical partners will eventually become redundant and the current model with global giants dominating the market will disappear. With better access to world-class manufacturing, smaller players with local roots will gain prominence.” 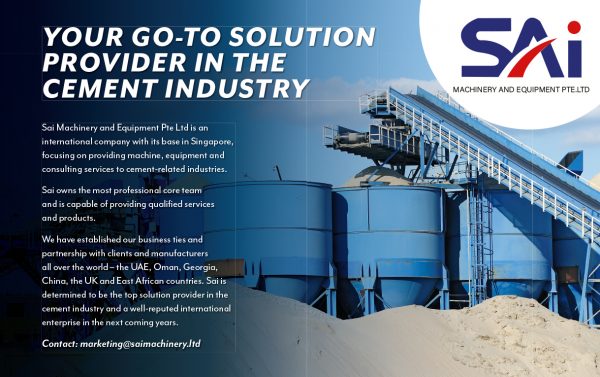 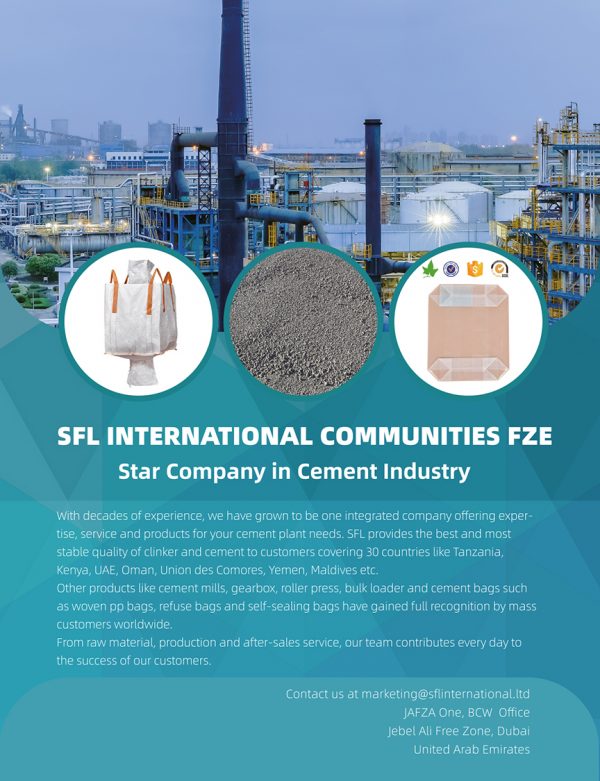 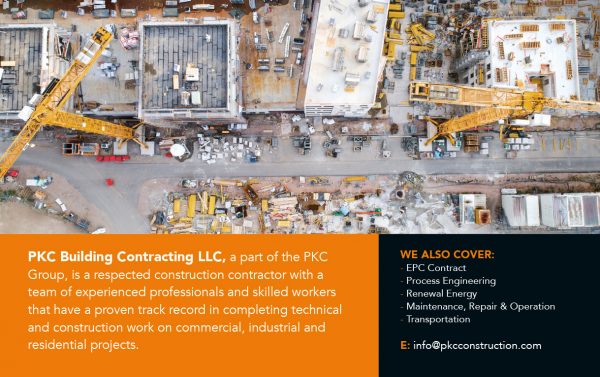