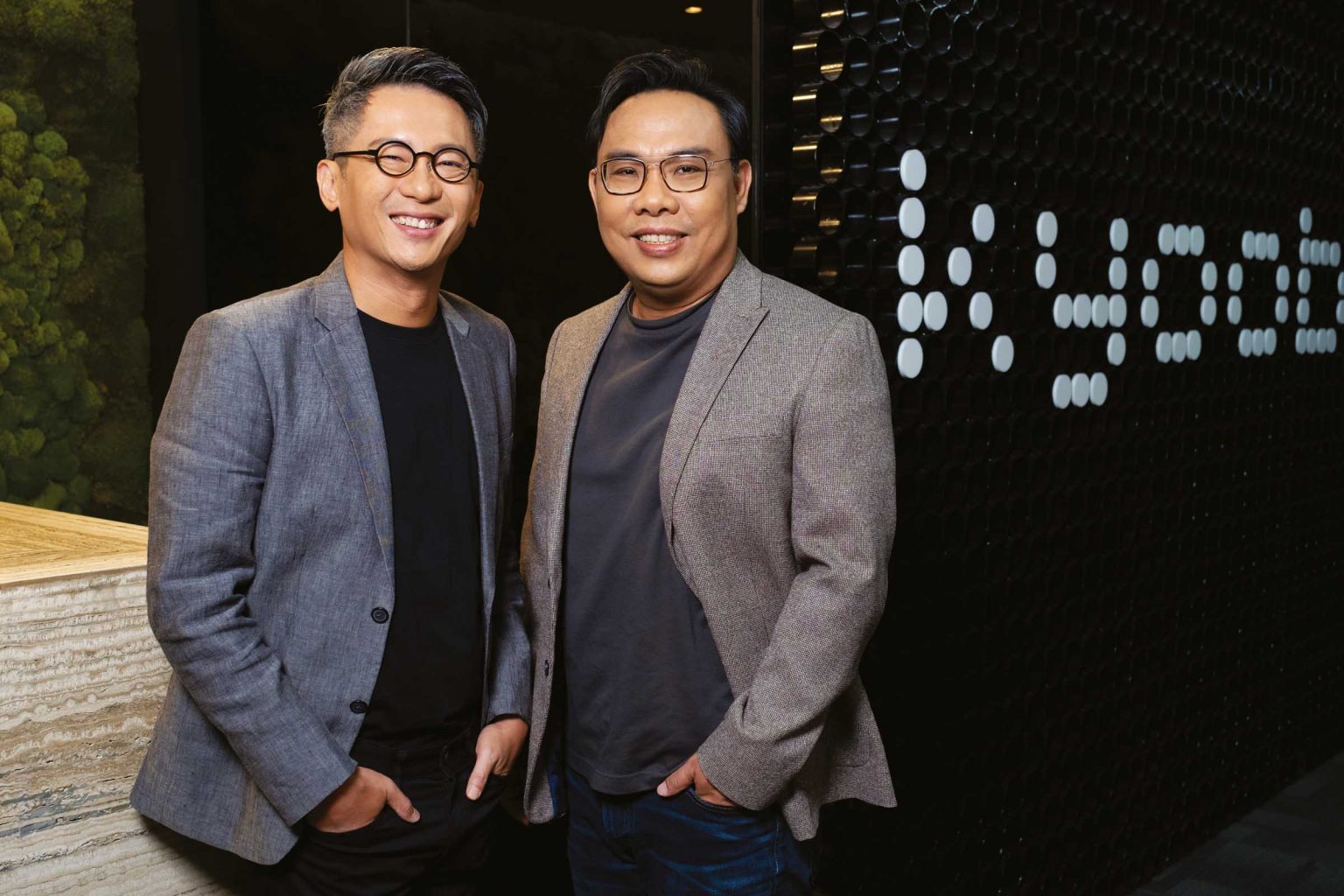 Mixing business with pleasure has long been considered a minefield in the world of business. But former university classmates Julian Chia and Lau Chee Meng have somehow made it work. From Kyoob Architects’ humble beginnings in Julian’s living room in 2003 to a now thriving firm of 50-plus employees, there is no doubt that the Singapore-based company has come a long way. 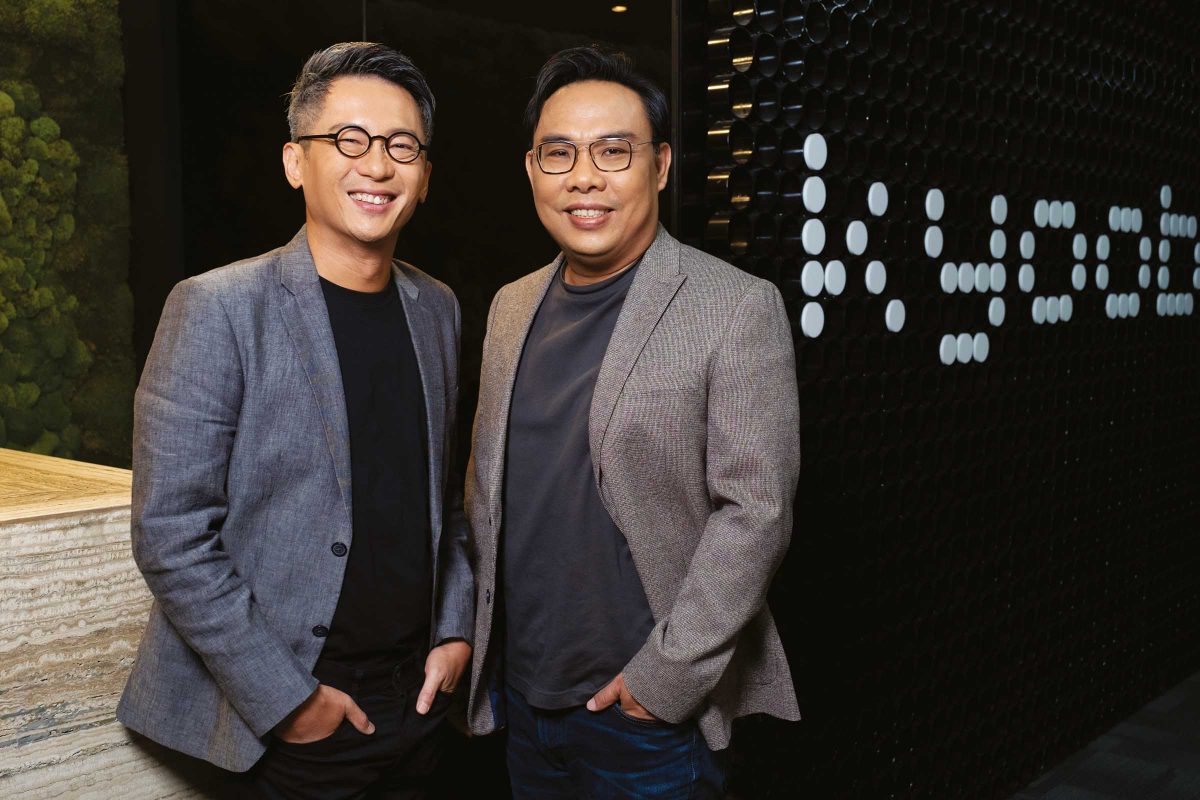 After leaving university, the pair drifted off in separate directions, working for different architecture firms, but they remained friends. “Prior to 2003, we had been chatting about the possibility of doing something together, but then the stars just aligned,” Julian tells The CEO Magazine.

He had just left a company and Chee Meng was contemplating a similar move. “So, we said, ‘Why not? Let’s get started,’ and that’s how it began.” Determined to give it their very best shot, the pair were mindful of the challenges that lay ahead of them.

“We’ve been going now for 18 years, so I think that’s something to be thankful for,” he reflects. The ambitious pair took a somewhat idealistic approach when starting out. This was because they had a very clear vision of what they wanted Kyoob to become.

“When we started Kyoob, we wanted to create a firm with a unique DNA, in terms of work culture, environment and way of design,” Julian recalls. “We had to work hard to avoid many of the pitfalls that other firms encounter and instead focus on improving in those areas to create a firm we can all be proud of.”

On the design front, they aimed to stir things up. “We wanted to design buildings that were a lot more meaningful than some of the buildings that we see,” Julian says. For Kyoob, a building has to be more than simply aesthetically pleasing, it must also offer users a “meaningful experience”.

“The next step is not so much about growing the office to be bigger but to engage in more meaningful projects that really demonstrate what we are capable of.” – Lau Chee Meng

“Meaningful for us means the building suits the intended use well and that it is fit for purpose,” he adds. However, Kyoob has intentionally chosen not to adopt a “distinctive visual style” to avoid its work being stereotyped with a “superficial aesthetic look”.

“Our philosophy when it comes to architecture is that every building we do and each client we serve is unique and different,” Julian says. “Each of our projects is bespoke so everything, including the design, the approach strategy and the solution, should be different.”

This way of thinking seems to be working well. Kyoob’s strengths lie mainly in the residential field, but its portfolio has also expanded into commercial buildings such as malls, hotels and other commercial and industrial developments.

It is involved in projects with a combined construction value of more than SGD$1 billion (US$751 million). The office walls are lined with awards, with the most recent being the 2020 Singapore Institute Architects’ Architectural Design Award for Interior Architecture for its work on the recently completed Tzu Chi Humanistic Youth Centre.

So how have the guys made working together on a daily basis work for them and for the business? “It is very much like a marriage. In fact I sometimes spend way more time in the working week with Chee Meng than my wife,” Julian laughs. 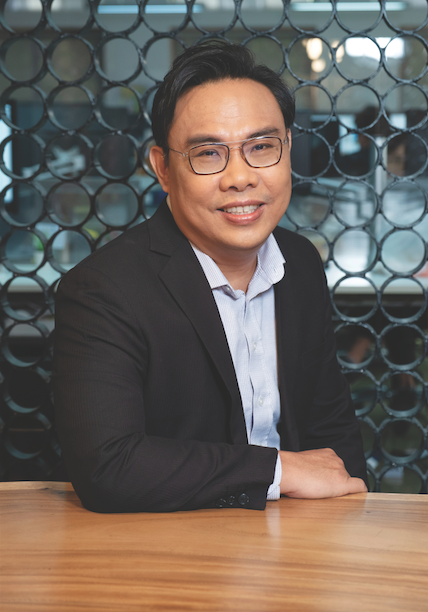 “Similarly, just as in a marriage, there’s a lot of communication and a fair amount of give and take as well because both of us are quite different in many ways. That’s part of Kyoob’s strength and what has brought us this far.”

The creative nature of architectural design means there is often no “right answer”. This can further complicate any disagreements. “It’s not like engineering where one plus one is always two and nobody can dispute that. In design, you may like blue and I may like red, and we can argue till the cows come home so that can make it difficult,” he says.

“Thankfully, neither of us has an overpowering personality that just steamrolls over the other.” Luckily, both men have been on the same page when it comes to technology since before they even started Kyoob.

“In 2003, technology adoption in Singapore was still not very strong, but when we started the firm we were one of the first to embrace three-dimensional Building Information Modelling (BIM),” Julian reveals. Essentially, drawing in 3D, rather than the 2D AutoCAD drawings of yesteryear, BIM incorporates “richer” information that can assist contractors or the project owner.

Kyoob has also incorporated Integrated Digital Delivery (IDD) into its office workflow. “What that means is using all the digital tools available to enable our work to be far more productive and digitalise it right from the beginning to the end,” he says.

Kyoob has adopted various digital design and visualisation tools with in-house 3D printing of architectural models. It is now looking to incorporate both virtual reality and augmented reality technology into its future projects.

This early integration of technology into its DNA and corporate culture put Kyoob in a good position when the pandemic set in, with these digital tools proving to be even more effective in a remote working scenario.

By quickly adopting videoconferencing and other technologies, the company could continue the creative process, although with some limitations “The work we do requires a great deal of face-to-face interaction and a lot of essential non-verbal communication can be lost during video calls. These nuances are incredibly useful in a physical environment,” Julian says.

“As designers, we pick up on that and then we know how to react to the client. So when it’s virtual, it’s tough.” With Kyoob’s pipeline of projects predominantly based in Singapore, the company has fared better than some of its counterparts, which were engaged in projects overseas that were more severely hit.

“Nevertheless, we were hit as well,” he admits. “Some local projects were terminated and some were put on hold.” Fortunately, the company’s portfolio of ongoing projects was solid, helping to sustain it over this difficult period.

“We’ve been lucky and blessed, but we are still facing some challenges,” Julian reflects. “Dealing with COVID-19 amid ongoing projects is tough, and trying to secure new projects is also challenging. But with our strong adoption of digital delivery, we think we will be in good position when the upswing eventually happens.”

Taking the next step

Chee Meng highlights a “positive” impact of the pandemic as motivating Kyoob to make the necessary improvements to take it to the “next level” when the time is right. New hires made by the company during the pandemic have brought in talent and capabilities that will help it to tackle ongoing and future challenges, according to Chee Meng.

“Even though it has been tough, we are now in a much better position than we were two years ago, which will help us move forward,” he points out. “The next step is not so much about growing the office to be bigger but to engage in more meaningful projects that really demonstrate what we are capable of.”

The pandemic also gave the company the opportunity to show its staff how important they are to Kyoob, with Julian describing it as a “big family” committed to diversity and inclusion.

“We expect each member of the team, even management, to roll up their sleeves to help each other out whenever there’s a need and to look out for each other,” he says passionately.

“With our strong adoption of digital delivery, we think we will be in a good position when the upswing eventually happens.” – Julian Chia

“To date, we have not had to implement any retrenchments and that is something that reflects our dedication to our staff.” While staff were working from home, Julian and Chee Meng implemented a range of measures to take care of them, including fruit deliveries and regular games nights to keep spirits lifted.

Kyoob also aims to spread these good vibes to the wider community by encouraging its staff to volunteer whenever they can. For the past few years, the entire team has headed out of the office for one full day in order to support the work of Singapore’s Lions Befrienders Service Association by keeping seniors company, by chatting and playing games with them, or taking them grocery shopping.

Even when the team could not be there physically due to COVID-19 restrictions last year, the company bought up supermarket vouchers and recyclable grocery bags to be distributed to each of the seniors.

Additionally, as part of its corporate social responsibility efforts, the company undertakes occasional pro-bono work for selected projects, giving back to the community as building professionals. When it comes to sustainability and caring for the planet, Julian and Chee Meng are also firmly on board, with Green Mark-trained staff and several Green Mark Platinum-certified projects under their belts. Both men believe that effectively addressing sustainability requires a broader and more holistic approach.

“We believe in it wholeheartedly, but it is a much bigger question that we cannot solve as architects and designers alone,” Julian says. “Our vision for Kyoob has always been to do the very best we can for each and every one of our clients, creating buildings that contribute in a truly meaningful way to our built environment.”

This positive energy has served Kyoob well during its 18-year history. Indeed, when it comes to standing out from the competition, it is the principles of family and friendship at its core that truly set it apart. 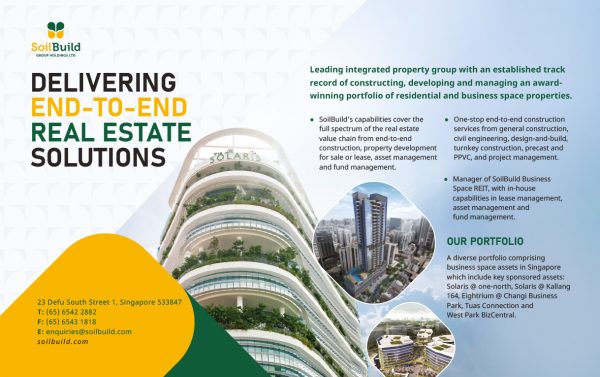 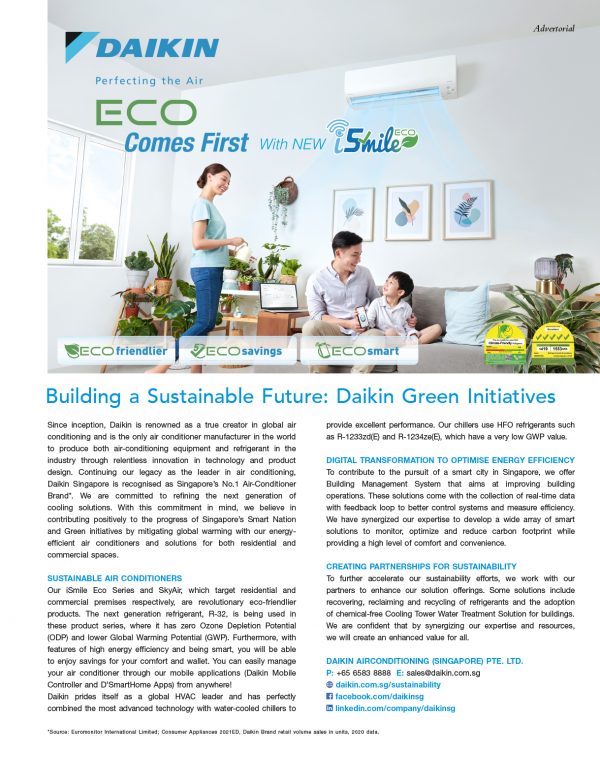