Made of tougher stuff: Marc Kenney 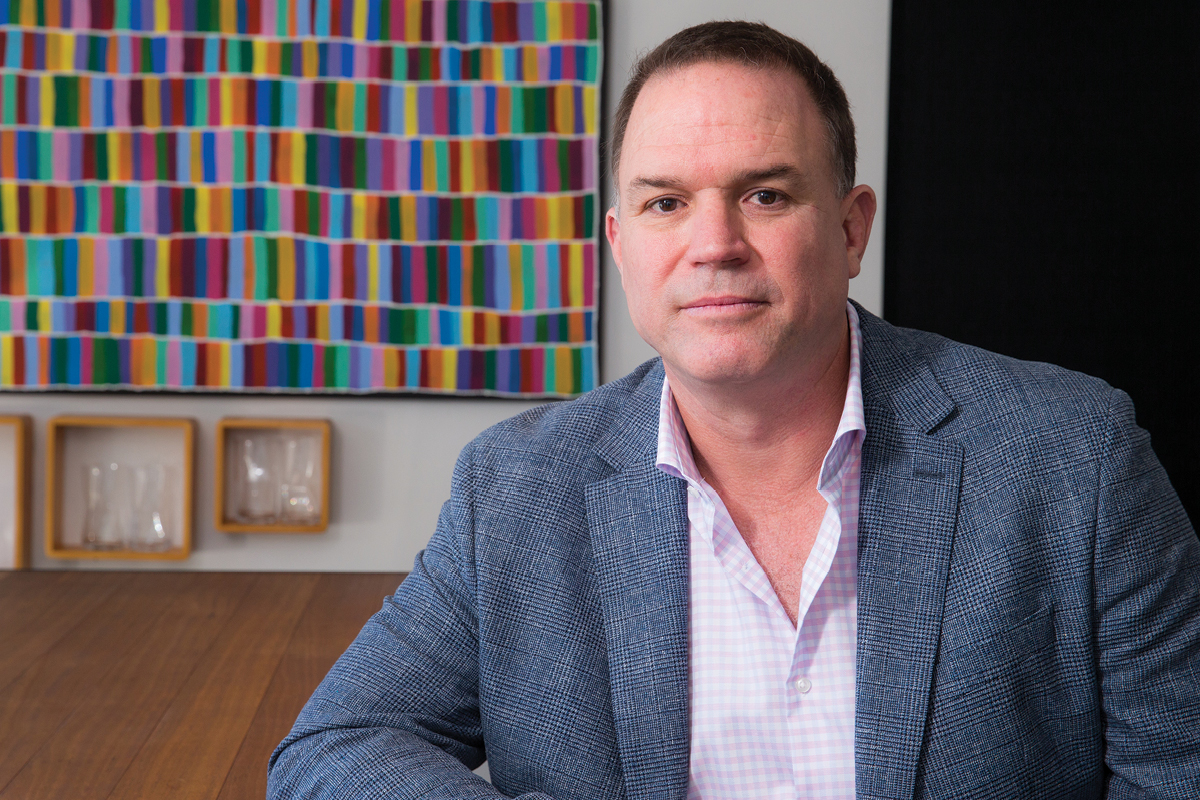 Marc Kenney, Mettle’s Managing Director, was drawn to construction. “I’ve always been drawn to things that I can touch and feel,” he reflects. “A building is a tangible thing and you can see what you’ve done at the end of the day. It’s physical. I take comfort in having something where pretty much everyone can understand what you do.”

Having spent his school holidays working as a labourer, Marc eventually realised he could make a greater contribution to construction in a different way. Across his first few roles, he worked as a Project Manager, finally making a substantial leap to General Manager when he joined Built. But the real challenge came a decade later when, in 2014, he acquired a shareholding in a business that would soon become Mettle.

By chance, he was in contact with its then Owner and Director, David Mann, who said the Brisbane-based construction company was struggling. “It was a small business, which was doing about A$6 million to A$8 million worth of work a year,” Marc says.

“The company was down to the point where it was either going to be shut down or someone had to jump on board and leverage the infrastructure it had.” For Marc, this was an opportunity to take over the business and turn it around.

“For me, it was really a chance meeting. David reached out to me and I said, ‘Look, I want to set up a construction business that looks like this, and I’d like to change the name of the business.’ So, a month after I started, we changed the name to Mettle.

“What appealed to me was that there had been a lot of hard work done to create the infrastructure of the business, which was effectively just sitting idle with no-one driving it. We were able to leverage that into the market quickly and efficiently. For me, it’s about building things, whether that’s a business or a construction project – it’s all the same in some respects.”

“The word ‘Mettle’ stands for the ability to rise to a challenge In a spirited and resilient manner.”

As rapidly as Mettle has been turned around since Marc took over, it required no small input in terms of effort. As well as growing Mettle’s staff from a handful to more than 60, there were also new accounting systems implemented, ISO certifications obtained, a Sydney office established and a business coach brought on in a strategic, advisory role.

But the most crucial development was an effort to clearly define the culture. From the start, Marc moved positively towards the kind of culture he wanted, rather than let it develop organically.

Having spent 10 years with Built, he wanted to create an entirely new kind of corporate environment with Mettle. More recently, the company has hired an Advisor to reinforce this culture, which Marc believes has two main components. “The word ‘mettle’ stands for the ability to rise to a challenge in a spirited and resilient manner, with the emphasis being on resilience,” he says.

“In saying that, though, our culture is effectively based around an ecosystem. Every part of that system informs another, so we try and make people aware that no matter what role they have in the company, anything they do will affect someone, somewhere. That’s why culture’s important, because if we get it wrong, the ecosystem dies. It’s about good people doing good things together.”

For Marc, Mettle is fundamentally a human-centred organisation. The culture revolves around a system named ‘the Quadrapus’, for its four branches (or tentacles). These branches – performance, accountability, intelligences and results – form the company’s key to success and, respectively, lead to ‘good work’, ‘good people’, ‘super vibe’ and ‘great results’. This is the path by which Mettle enables “good people doing good things”. 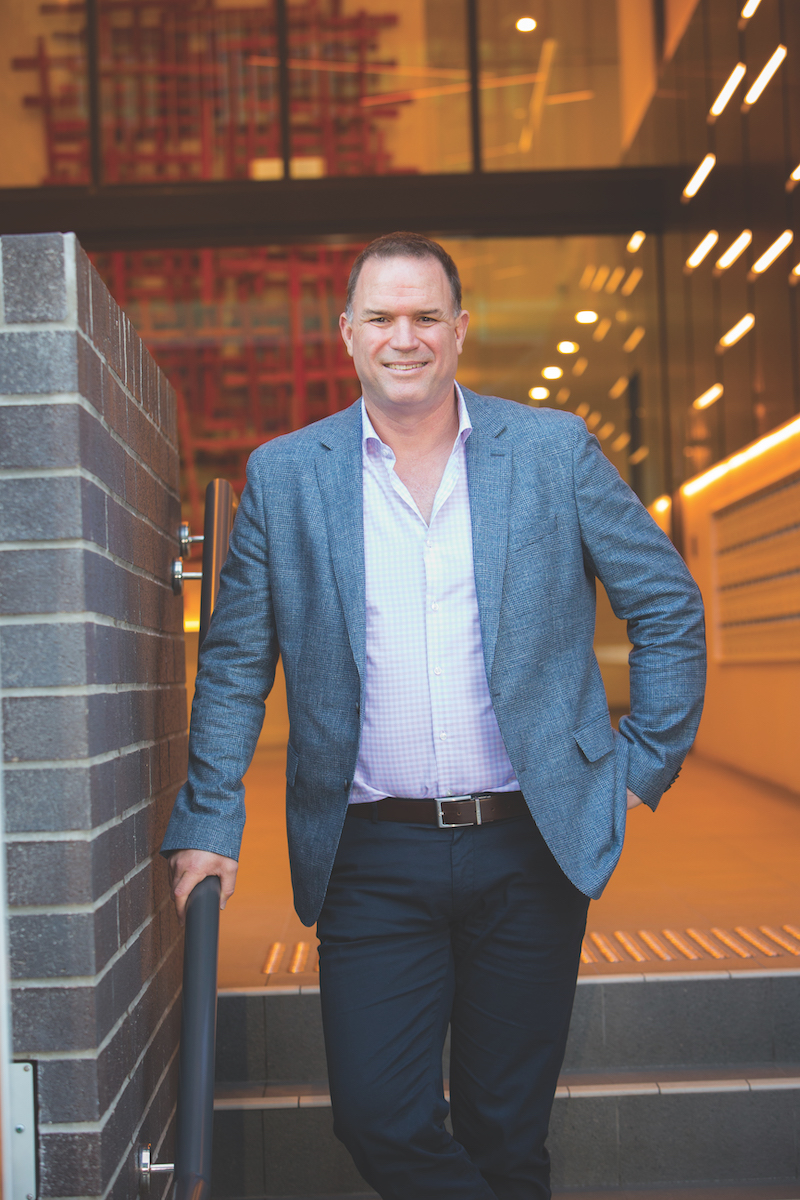 In practical terms, the firm exemplifies a fresh approach to the construction industry, with a focus on people. For example, it’s not as corporate as many of its competitors, meaning that interactions with clients are more person-based.

Internally, there’s a strong effort to avoid staff burnout, and mental health is something Marc is deeply invested in. “A big challenge is stamping out the undercurrent of machismo culture in the industry,” he says.

“There are a lot of mental health issues in construction, which has led to a significantly higher suicide rate. A lot of that, in my view, boils down to people not being able to speak about their problems. It’s a by-product of being a blokey industry where machismo is valued. People don’t want to talk about their problems because they’re afraid to appear weak or not on the ball. So aside from it affecting their mental health, it also affects the growth of the business and their personal growth. I think we’re getting through it, but there’s a lot more to do.”

As well as caring for the health of Mettle’s employees, the company also empowers team members to achieve more. For one, flexible employment (the CFO works from London) is gaining popularity and, as is becoming increasingly common these days, Mettle has implemented its own Academy to develop its workers, with staff conversations designed to focus on professional improvement.

Employees can aim to move horizontally within Mettle, trying new duties and experiences, so growing their capabilities is an important duty for management. “Investing in youth has helped us succeed, and we’ll continue that,” he says.

“I’m a believer in having a structured program to bring in young graduates, and move them through the business. They’re the future of Mettle. I have a soft spot for the program – I went through something similar when I was coming through the ranks. I love to be able to give back to the juniors who are looking for the same kind of experience.”

But it’s not just about growing skills through internal training; Mettle helped its Business Coordinator undertake volunteer work in Nepal, as part of what Marc describes as “a genuine interest in making sure that we’re developing the person”.

And as another indication of Mettle’s efforts to grow its social footprint, the company supports several children’s charities, including one for hearing-impaired children – Hear and Say – and the Children’s Hospital at Westmead. 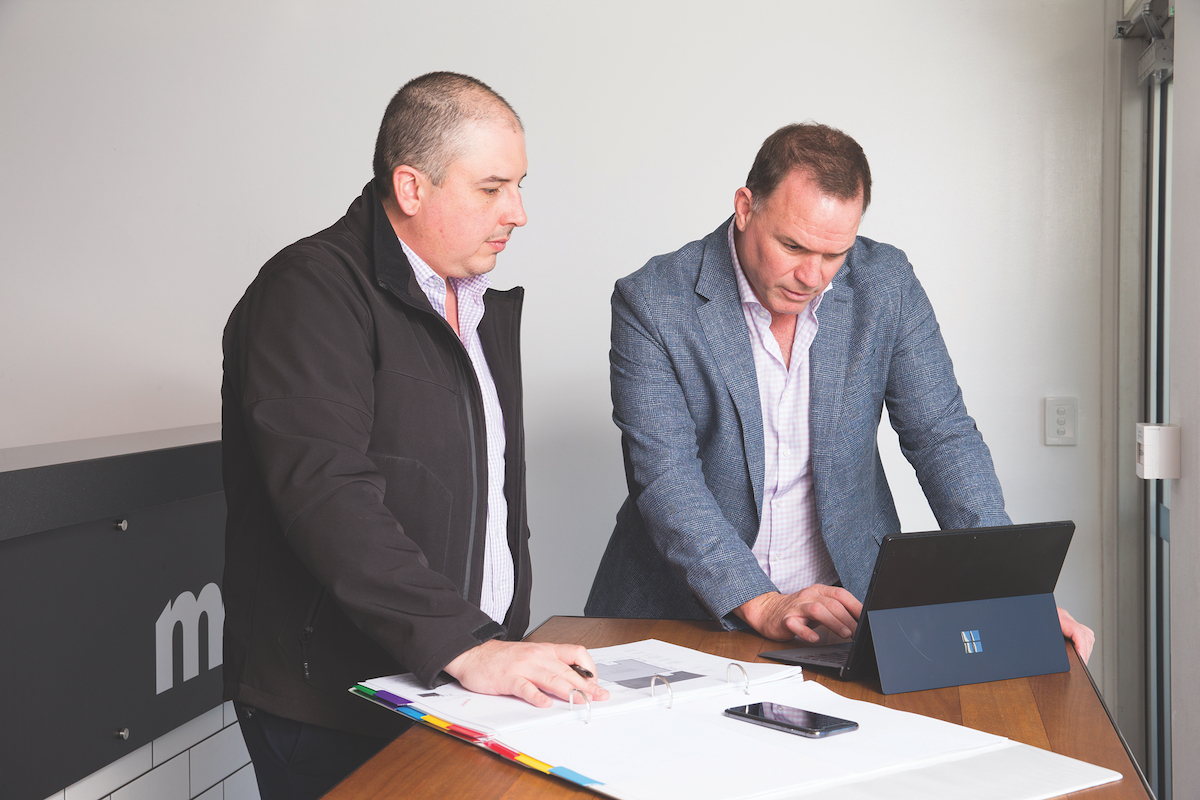 More recently, Mettle helped fund a social enterprise – an environmentally ethical farmers’ distribution hub, the Food Connect Shed. But the company would be hard-pressed to have such a far-reaching and positive impact were it not for the strength of its business partnerships.

E&C Electrical, for example, facilitated Mettle’s 262-room refurbishment of the Marriott Hotel and the technologically impressive relocation of two radio stations into a new facility. DTG Mech Services enabled another mechanical refurbishment, one delivered while the building’s tenants were still in residence, so the two companies worked together to minimise disruption.

Meanwhile, says Marc, the assistance of Queensland Glass helps Mettle achieve the perfect balance between cost and aesthetics. While the length of these partnerships is particularly impressive, the most distinctive aspect of Mettle’s business connections is the way Marc maintains a personal relationship with each of these companies’ leaders.

Having successfully made it through the effort of transforming a struggling company, Marc can offer sage advice to those who might be looking to travel down the same path. First and foremost, he says, having a vision is crucial – you can’t be doing something simply for the sake of doing it. Without an end goal in sight, it’s impossible to make the right moves to achieve success.

Equally, he believes a high degree of social and emotional intelligence is invaluable throughout the process, which goes back to his commitment to a human-centred organisation. “You could be dealing with a multimillionaire property owner in the morning and then with someone in the afternoon whose biggest problem is their car not starting or the dog being sick. When you’re turning a business around, you need to be able to communicate across all levels.”

The business world can sometimes be an impersonal one, but not so for Mettle and its partners. That level of involvement is essential for the survival of such connections. “You ignore your supply chain at your own peril,” Marc warns.

“We certainly respect and nurture it. It’s an important part of our business and we’re trying to foster that mindset where: one, people understand how important the supply chain is; and two, they give those relationships due respect.”

Equally central to Mettle’s success has been the joint leadership of its three directors; Marc, Matt Hoffman (a colleague of Marc’s since his Built days) and David offer different yet complementary perspectives on how to take the company forward. Meanwhile, Marc’s Strategic Business Advisor, Susan Wanmer, has helped him implement his vision throughout the company.

Despite its success, Mettle, like any company, has had its ups and downs, and Marc maintains a pragmatic yet optimistic view of the company’s future. “We haven’t always got everything right,” he acknowledges. “In some cases, we’ve got it bloody wrong, you know? But we’ve always believed in being better, and that’s an important ideal in our culture.” 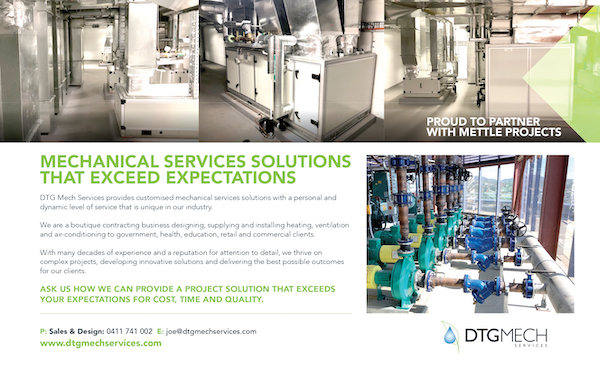