At the 10-year anniversary of construction firm Next, MD Mark Di Noia reflects on his time with the company, how fate propelled him back to the construction industry, and what’s in store for the next decade.

At the 10-year anniversary of construction firm Next, MD Mark Di Noia reflects on his time with the company, how fate propelled him back to the construction industry, and what’s in store for the next decade. 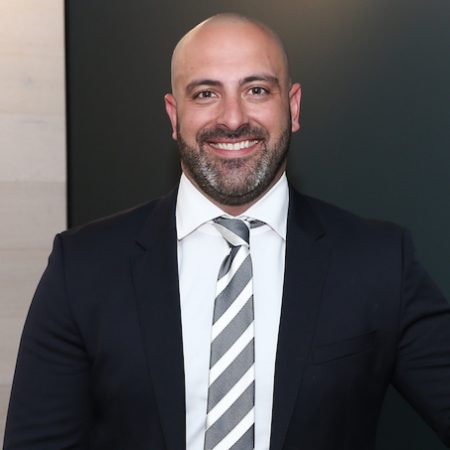 Mark Di Noia is a driven executive who at times is run off his feet planning new strategies, keeping the company growing, working alongside his CEO Joseph Di Girolamo, and doing interviews for certain executive magazines. But beneath his business prowess is something very personal.

A quick online search for Mark reveals much more than a businessman. His social feeds divulge snippets of a warm and supportive family man who works hard but doesn’t take himself too seriously, and who remembers what’s important in life. From the proud post on his son’s first day of school; a fun photo at a costume party, cold beer in hand; to the soggy selfie in his running kit after a gallant attempt at marathon training that involved an hour and a half of torrential rain, it’s clear that Mark has layers that were built on a foundation of family, hard work, and the importance of self-care.

It’s this foundation that also drove him to the construction industry which, to him, is not so much business as it is personal. “At first I didn’t know what attracted me to the industry, but then I realised it isn’t just ‘business’; it’s very personal for me. I grew up around all of it. As third generation in the industry, my father was also a builder in the 80s and 90s,” says Mark.

The path back to construction

Always planning to follow in his father’s footsteps, there came a sharp fork in Mark’s road when his father’s life was tragically cut short at the age of 36. Mark was just 12 at the time. “Before that, I had grown up wanting to be like my dad, but that experience really turned me off the industry. He was such a hard worker and had so much responsibility,” says Mark. “After that, I didn’t want to be known as my father’s son anymore; I wanted to strike my own ground and be known for something different, so I purposely avoided the construction industry in the early days.” 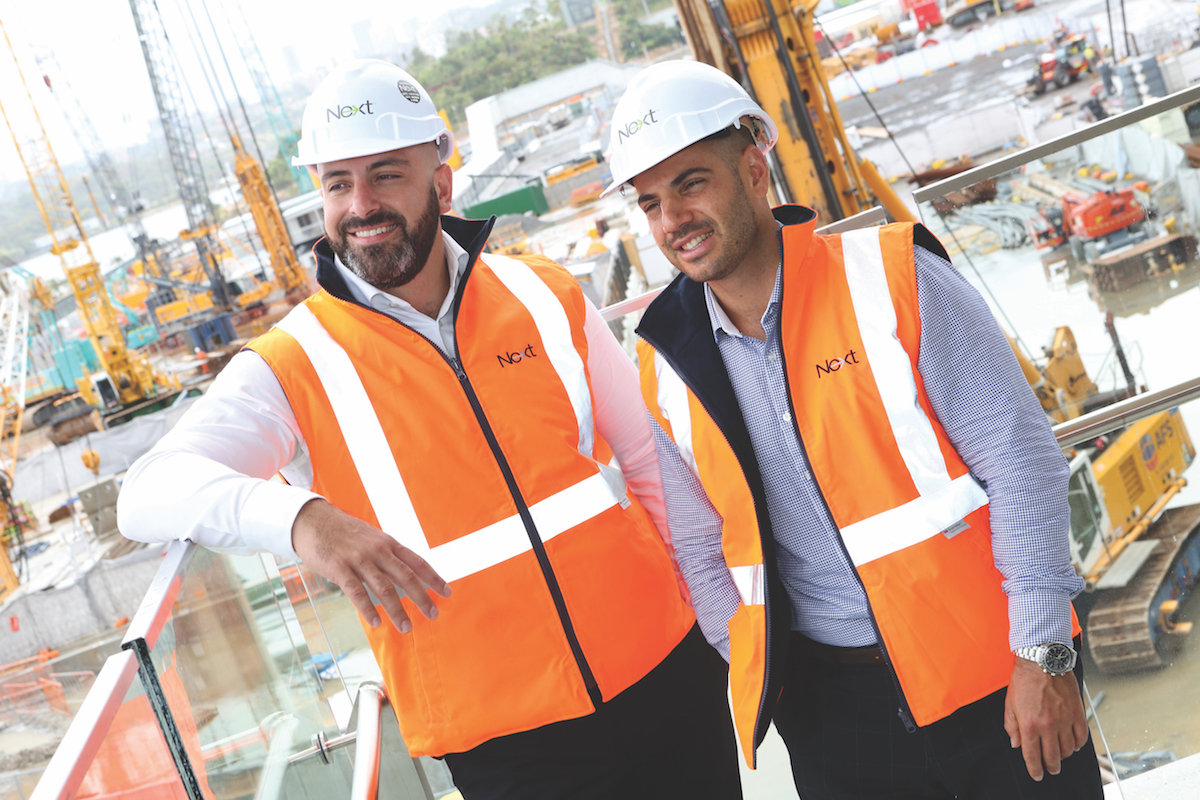 Instead, Mark completed a Bachelor of Commerce at Sydney University, and the then-eager 21-year-old quickly ventured into hospitality and retail. This led to his first business opportunity, working as a freehold co-owner and manager of a chain of service stations in the Blue Mountains region of New South Wales.

After 6 years of redeveloping those business operations, Mark leased the sites to Caltex Australia in 2008, and then went on to sell to Woolworths Ltd in 2009. “They were 2 important deals that I did at an early stage of my career. This set me up for the next step when I returned to Sydney and crossed paths with Joseph Di Girolamo in 2008, who had founded Next Constructions just the year before,” explains Mark.

“I planned to stick around for a few weeks to see what he was doing, but I enjoyed it so much I never left.” Now Mark has no regrets about ending up in construction like his father, claiming it was “meant to be”. “Joseph and I really hit it off. We had a strong respect for each other, and I found that the industry, in some strange way, had come back to me. I realised that this is where I was always meant to be. It’s in my blood.”

At the tender age of 26, Mark became Joseph’s right-hand man — a commercial director who, drawing from his commerce studies, was responsible for establishing Next’s finance, human resources, quality assurance and business development functions.

This industry is where I was meant to be … it’s in my blood.

The company quickly grew from its foundation business, Next Constructions, to include services across construction, fit-out and refurbishment in a wide range of industries for major corporate, institutional, public sector and private clients, now known just as Next.

“Going from retail and hospitality back to construction so quickly, and now entering my tenth year working at Next, it is amazing how my life took me down this path,” he says.

Despite the personal element of the construction industry for Mark, he also has no trouble getting down to brass tacks when discussing Next as a business. “We seem to be going from strength to strength,” he says. “Our projected revenue for this next financial year is forecast to be from $80–100 million, and over the past 4 years we have achieved an average growth rate of more than 100% for both revenue and EBIT each year. I think that kind of achievement is really something for a construction business.

“In the past year, we have also seen staff numbers average from around 35 to now 60 full-time staff, which is great,” adds Mark. The company’s strong performance has seen the team recognised by Business Review Weekly (BRW) in the publication’s Top 100 Fast Starters List in 2011 and 2012, as well as more recently being featured 2 years in a row on the BRW Fast 100 list, ranked 77 in 2015, then shooting up to 27 in 2016. “To achieve that for the last 2 years, and with drastic improvement year on year, was a really nice accomplishment,” says Mark.

It wasn’t all accolades and smooth sailing, however, with Mark and Joseph putting in a great deal of elbow grease at the beginning to sustain their fledgling business through the throes of the GFC. “In our lifetime, that was probably one of the most significant financial events to ever occur.

So for Joseph to start his first business then and for me to be in a totally new industry, it was quite confronting,” says Mark. “For us to get through those first 2 or 3 years, just grinding away, not doing the jobs that we envisaged we would do at the start — we had to really earn our stripes.”

After knuckling down through the worst of it, Next was finally recognised as a competent contractor for construction, fit-out and refurbishment work, with very successful public projects like fashion brand Zara’s first retail store in Sydney’s Pitt Street Mall in 2011.

The job saw Next praised by Zara’s head architect for a job well done, and completed on time, despite the complexity of the site. “That was an amazing success, and it was advertised nationally, which really set us on the path to being a key player in our industry,” says Mark. 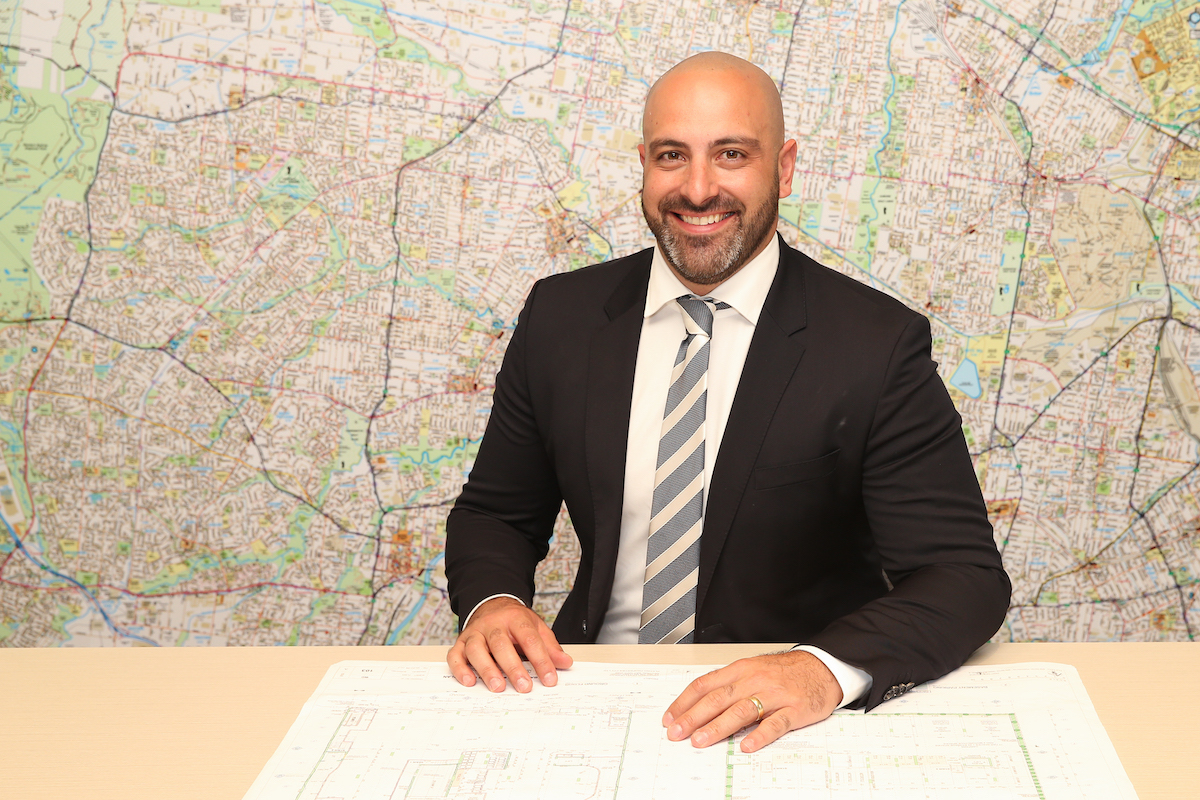 “It was also those initial big projects that made us appreciate the need to streamline business processes throughout the whole company. That meant putting systems in place that we still have today, which enabled us to not be a flash in the pan but to grow
year on year.”

The company’s commitment to maintaining strong relationships with its subcontractors and ensuring it honours its commitments to its suppliers is a big contributor to the overall success of projects, says Mark. “If we take painting, for example, our subcontractor Modern Painting Group has always delivered with the quality and consistency needed to deliver a great project.”

Modern Painting Group has worked with Next across various residential and retail projects, including H&M stores in New South Wales. “And on our side, we always honour our commitments, which means it’s always been a good relationship both ways,” Mark adds.

Both Mark and Joseph have sung the praises of their strategic partnership with EOS Australia (formerly Gallop Solutions), which helped them to clarify their vision and determine the right structure and processes needed for the business to scale with ease.

Since first working with the business training firm, Next has seen its annual turnover double, and profit has increased year on year. “As our business is constantly evolving, it’s important that we stay agile and open to change so that we can meet that growth, and keep it controlled,” says Mark.

As our business is always evolving, it’s important that we stay agile and open to change to meet the growth and keep it controlled.

“We have always planned in advance so that we are not reactive but proactive, and EOS has really helped us to facilitate that planning for a much larger-scale business than we are working with. So we’re always refining the good things we have in place and preparing for the next level.”

‘The next level’ is always on the periphery, and it was the desire to operate in a proactive, agile working environment that had given the company its name. “When Joseph founded the company, our raison d’être, and the reason we chose the name ‘Next’, was because we are the next generation, the next best thing coming up, and we are going to innovate,” says Mark.

“We have implemented systems used by Tier 1 construction companies because if we take that advanced approach before we really need it, then we have time for it to become ingrained early on. That way we are always able to handle the future growth in an agile way, as opposed to being reactive when it is too late and all it does is create confusion.”

It’s certainly onwards and upwards for the group, with plans for the next 10 years including advancing into a Tier 2 player, and further diversifying across its services and sectors. “As we approach our 10-year anniversary for the business, we can look back and appreciate how far we’ve come and to thank all those who have helped us to get here. But the next day we’ll be back at it, looking ahead and asking, ‘What’s next?’ — because what’s next is who we are.”