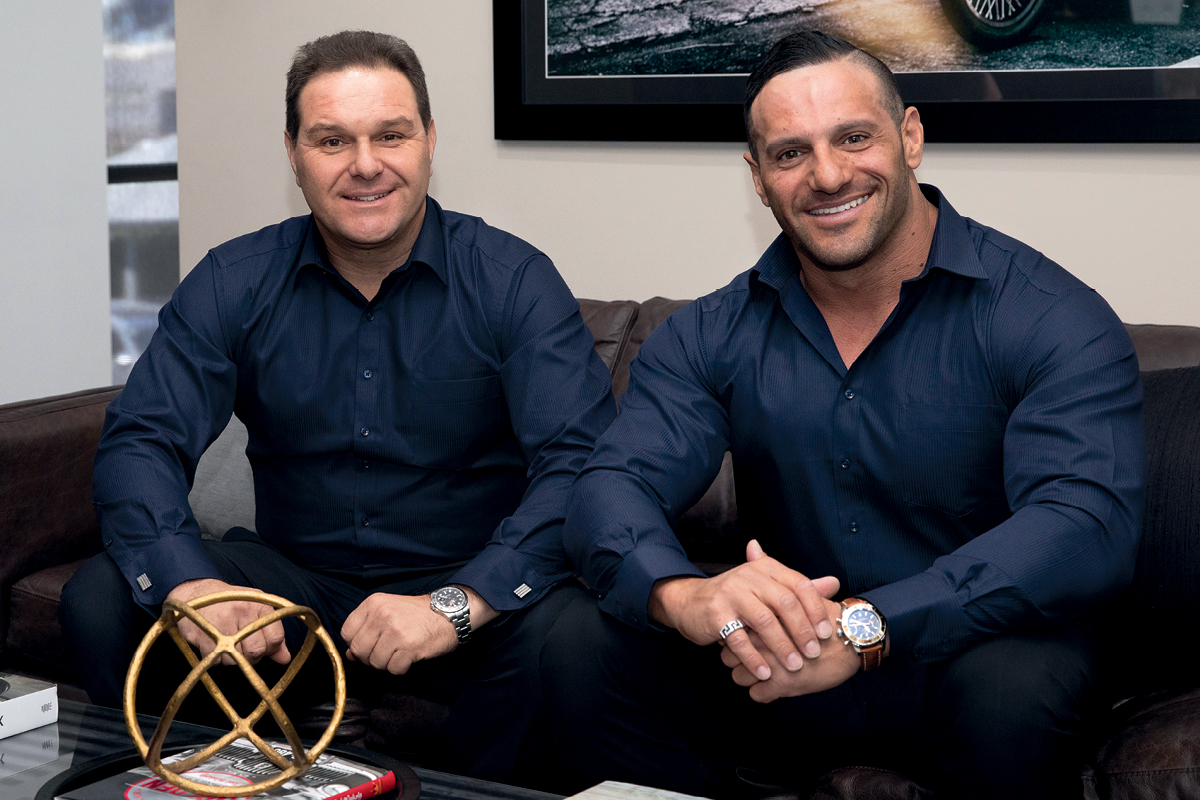 Brothers Michael and Peter Kulakovski, Co-Founders and Directors of award-winning Kurmond Homes, have virtual dirt under their fingernails. Their careers started ‘on the tools’ and, even though they’re more likely to be seen in a suit than hi-vis these days, they’re both actively involved in the business’s day-to-day operations.

“Peter and I are very hands-on. Peter manages the sales and design and I manage the construction teams,” says Michael.

Both brothers stay engaged with their clients. Michael attends frame inspections and client handovers, while Peter takes potential clients through the sales process.

Michael builds all the company’s display homes to set the standard for his supervisors to ensure the highest quality home is produced for homebuyers. Michael says it also helps him to keep in touch with suppliers and trades.

“I like to maintain good relationships on job sites and make sure they’re cooperating with each other so the jobs run smoothly,” he adds.

At the heart of the business is a strong sense of family and work ethic, gained at an early age from their parents. “They both worked hard and supported six of us,” reflects Michael. “Peter and I shared a bedroom until I was 24 and he was 18 – we’re a close family.

“Mum’s family were Greek Macedonian vegetable farmers with a long history in the Hawkesbury,” continues Michael. “We’d either be helping Dad at work or selling vegetables on the side of the road.”

“Dad and Mum instilled in us the value of earning money for ourselves,” Peter agrees. “We’ve been raised to get out, work hard and create opportunities.”

After leaving school, Michael started an apprenticeship making staircases with a local builder. “My boss was a master and a perfectionist. Under his guidance, I became a good joiner and staircase builder, and I had a natural eye for detail and quality,” Michael recalls. “I’m a perfectionist myself; ‘close enough’ isn’t good enough for me.”

Younger brother Peter followed a similar path, gaining a building apprenticeship and establishing himself as a talented carpenter. Both brothers were driven to succeed.

“I was cutting staircases in the evenings in my dad’s basement,” laughs Michael. “First to practise doing them, and then to quote and sell.” 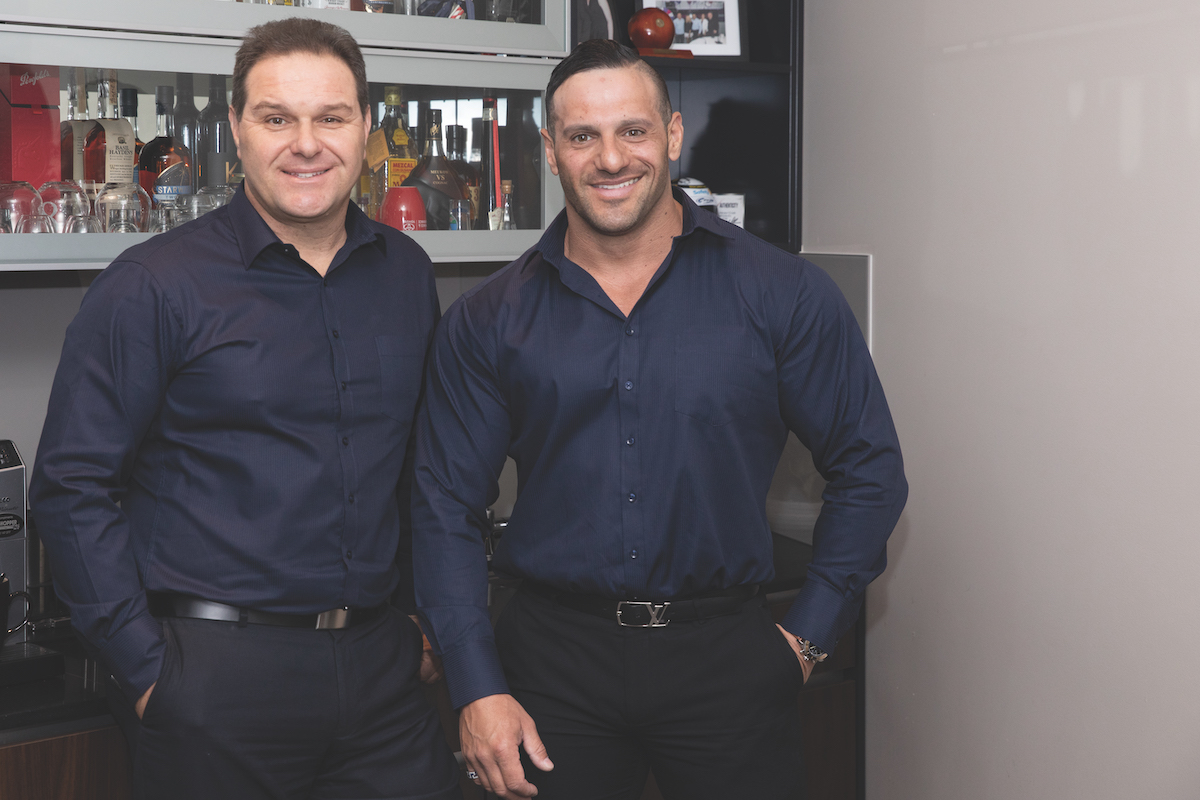 In 1999, the brothers purchased their first investment property together in North Richmond. “We won a site at auction,” Michael remembers. “Dad would not have wanted us to get into debt so young so we said, ‘Okay, we can’t tell Dad.’” The brothers built three units, repaid the debt and made a profit. “This is what gave us our start,” Michael says.

In 2009, they launched Kurmond Homes with a special family significance in the name. “When we were young, Dad loved a property in an area called Kurmond and always wanted to buy it,” Michael explains.

“We’d drive out to it often and he’d talk about his dream of a family farm. In the 1980s it came up for sale but Dad missed out and always lamented missing the opportunity to buy it. Other properties he bought didn’t attract the same passion.

“When we started our business, the property came up for sale again. Peter and I bought it on the spot. This is where my wife and I live with our four boys, and Peter lives in a property around the corner. We love the area and have bought multiple properties surrounding it, so the Kurmond name is a genuine reminder that childhood dreams can turn into reality.”

Kurmond Homes now employs 60 full-time staff and is kicking goals with award-winning home designs and satisfied homeowners. “Everyone must be looked after like they’re the only client in our system,” states Michael.

“We want our clients to have the opportunity to live in a designer home with the best possible range of inclusions. We make extravagant affordable.”

Kurmond Homes stands out for its extensive range of designer homes that can be uniquely customised. “Many large builders don’t offer flexibility and just punch out the numbers – what you see is what you get,” Michael says.

“Our homes can be customised on a large scale. We’re designing and building dreams – you can’t cookie-cut a dream.”

“There’s a real connection you make with a client when you’re helping design their home,” adds Peter. “The best moment is when you’re handing the keys to the new homeowner.”

Michael says that the business is very much a family environment and everyone is very close. “The key to our success is having the right people around us, and that includes our suppliers. They all know what we expect and how we prefer things to be done. We want the best out of everyone – that’s why they’re with us.”

“Valuing the trades and suppliers is crucial to a successful building company,” Peter continues. “Most of ours have been with us for 10 years and remain loyal – they know where we started. We have mutual respect for each other.”

The Kulakovski brothers set Kurmond Homes apart with their drive, energy and work ethic, but it’s the relationship they have with each other that has established the brand. “We’re so close and truly enjoy working together,” says Michael. “I couldn’t see this business without either one of us.”

“We certainly don’t have a traditional workplace,” laughs Peter. “When a business starts with two brothers and a sister, your behaviour in the workplace mimics the family environment and that culture carries over to new employees as the business grows. Our core team feels like family.”

“We’ve opened our eyes to possibilities far greater than we set out to achieve.”

After 10 years of operation, the brothers believe they have the systems and teams in place to take Kurmond Homes successfully into the next decade and become a widely known household name.

“We’ve opened our eyes to possibilities far greater than we set out to achieve,” says Peter. “We believe we can expand across New South Wales and possibly Australia, but we never get too far ahead of ourselves. You have to treat every day with the same work ethic and not waste any part of it. No excuses, just get the work done – that’s the motto we live by.”

And the hard yards are paying off. “We know how to build a good quality home and how to run a business,” Michael says. “We’ve worked hard for what we’ve achieved and we’re really proud of it.” 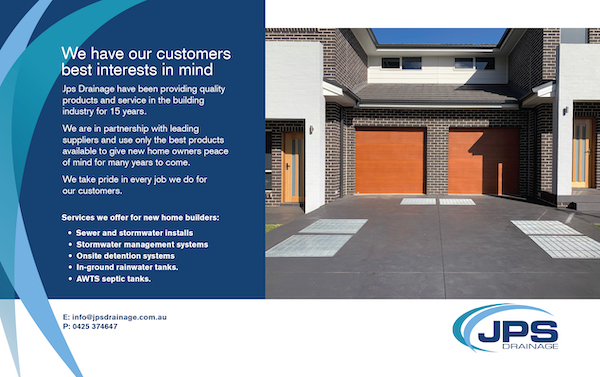