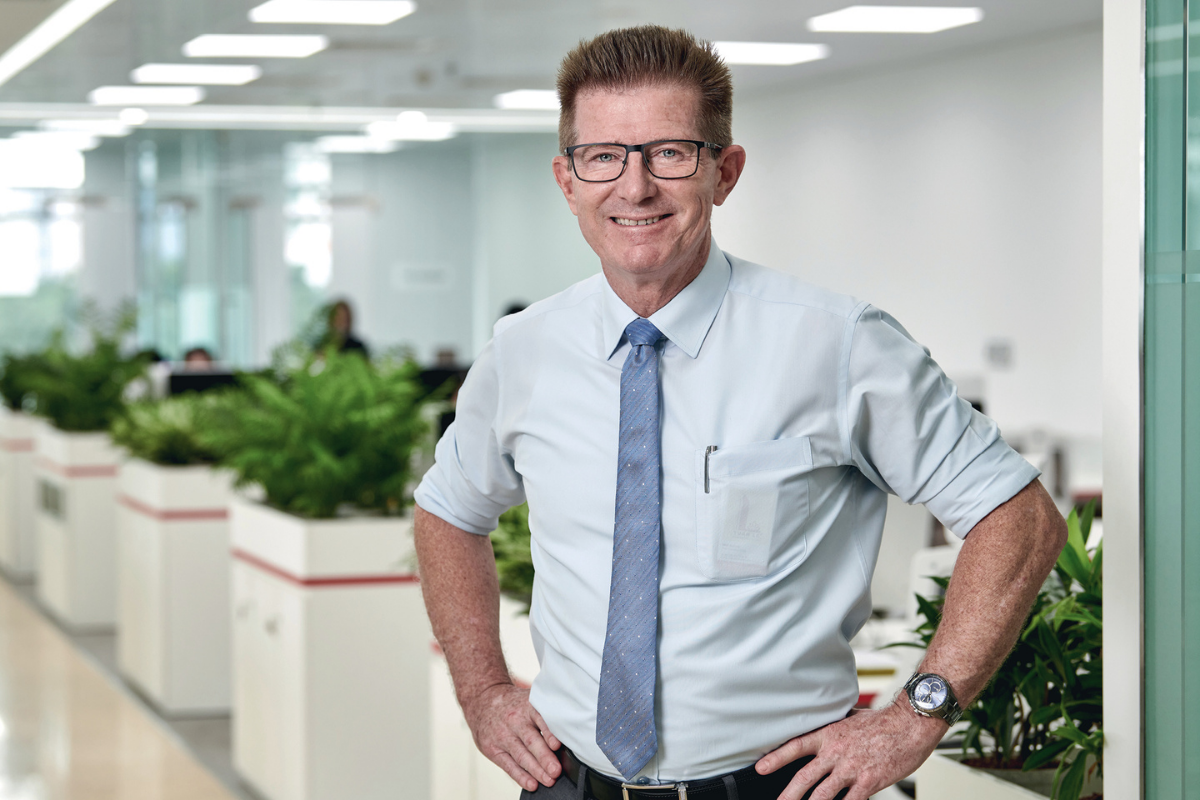 Mike Gammel’s passion for his industry developed from a young age, fostered over numerous site visits accompanying his father, who was the CFO for Concrete Constructions, Australia’s largest building contractor. He explains that even as a child, he was “aware of the progress, teamwork and connectivity of construction”.

The atmosphere was intoxicating and planted a seed within him that would only continue to grow over the years. “I’m really driven by the three Ps: people, progress and problems,” Mike tells The CEO Magazine.

“I’ve always been driven to devising solutions to problems that may arise. I love dealing with people, motivating and mentoring them, and seeing them work hard to improve their lives. I’m also very fortunate that I can go to work every day and see buildings grow through people’s physical efforts and creative talents coming together. If I was in IT or an accountant, I think I’d go crazy.”

As a leader, Mike has always been a firm believer that the magic happens when out in the field, on site, speaking with workers. “I’m very hands on,” he says.

“In our industry you cannot effectively lead from the sanctuary of your office. You need to show your face on site. You can learn far more from two hours on site walking and talking to your staff than receiving a report. I’m here to smell the roses and the dust at the same time.”

After obtaining his Bachelor of Applied Science in Building and Construction Management at the NSW Institute of Technology (now known as The University of Technology Sydney) in 1987, Mike quickly ascended the ranks within the industry.

During the span of his nearly 20-year career in Australia, Mike was involved in a number of high-profile projects, including with Concrete Constructions as the project manager in charge of the external refurbishment of the Sydney Opera House between 1992 and 1993.

This project was later awarded Best Refurbishment from the Master Builders Association. In 2008, Mike joined one of Vietnam’s largest fund managers, VinaCapital Real Estate, as its Deputy Managing Director.

While he says Vietnam is “definitely home now”, he admits that initially, the move proved to be a baptism of fire of sorts, given the conditions reminded him of decades earlier in Australia.

We have a really strong family culture and make sure to always give back to the community.

“Like any expat moving into a new frontier, there’s always a bit of a transition where you’re on a learning curve and understanding the new laws, construction regulations and business culture,” he explains.

“It was like a time warp, because Vietnam circa 2008 to 2020 was at the level that the Australian construction scene had been back in the 1980s and 1990s. But they’re constantly developing, maturing and improving.” 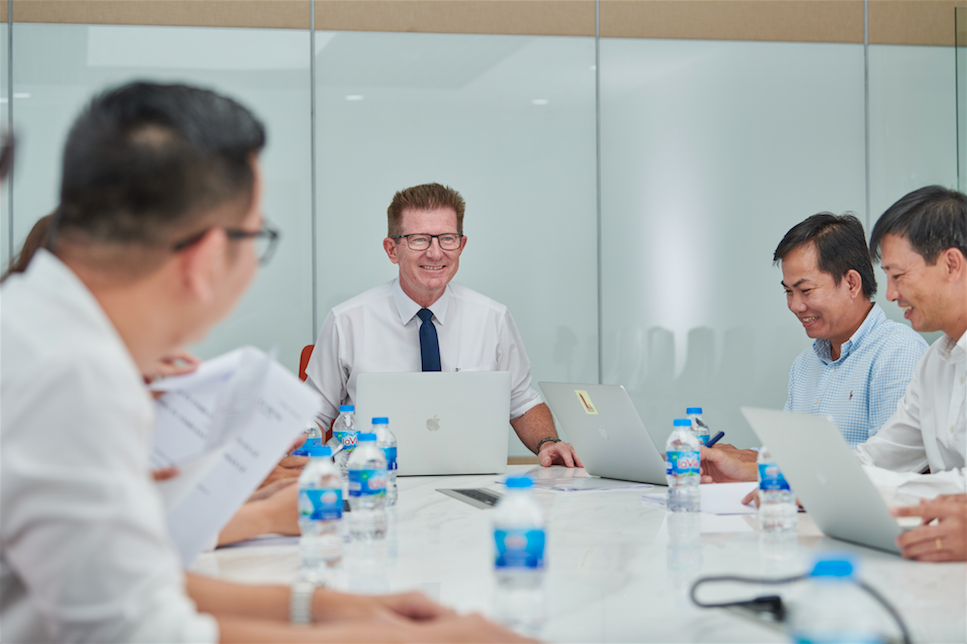 In 2019, after 11 years at VinaCapital, he was brought on board as Tuan Le Construction’s COO. Consolidating his considerable knowledge, Mike embarked on a mission to take the business to the next stage of development, while at the same time ensuring that it would never compromise on its objectives.

“We’ve never looked to become the biggest construction company in Vietnam,” he says. “More importantly, we want to be the construction company of choice, based on our safety protocols and record, ease of accessibility to senior management and our strong desire to deliver a quality project. We’re looking to gradually grow the business and double our turnover in the next three or four years by attracting repeat business with clients that trust us.”

And there’s no denying that this mindset works – a number of notable clients including Coca-Cola, Heineken, Nestle, PepsiCo and VinaCapital have turned to Tuan Le time and time again.

The company recorded US$100 million in turnover last year, with 70% attributed to industrial and manufacturing facilities, and 30% to commercial, hospitality and residential.

However, with urbanisation in Vietnam at 32% and increasing at 2.9% each year, Mike posits that the nation’s “construction boom” has no chance of slowing down anytime soon.

“In 10 years, around 60% of the current population of nearly 100 million people will be living in cities,” he says. “This means there’s an immediate requirement for residential solutions and the infrastructure facilities that accompany urban growth.”

Mike explains that given it is a privately owned company, which to this day is run by its eponymous founder, Tuan Le, it has always been a top priority to instil a sense of belonging and commitment to people-first values in its 400 staff and 6,000 workers. “When Tuan Le established the company 12 years ago, he started with nothing,” Mike explains.

“He’s so appreciative of where he’s come from, so has always donated generously to a number of charities across Vietnam including the university in Da Nang with the engineering and architecture faculty. He sponsors 40 university students every year that come from underprivileged families. So we have a really strong family culture and make sure to always give back to the community.” 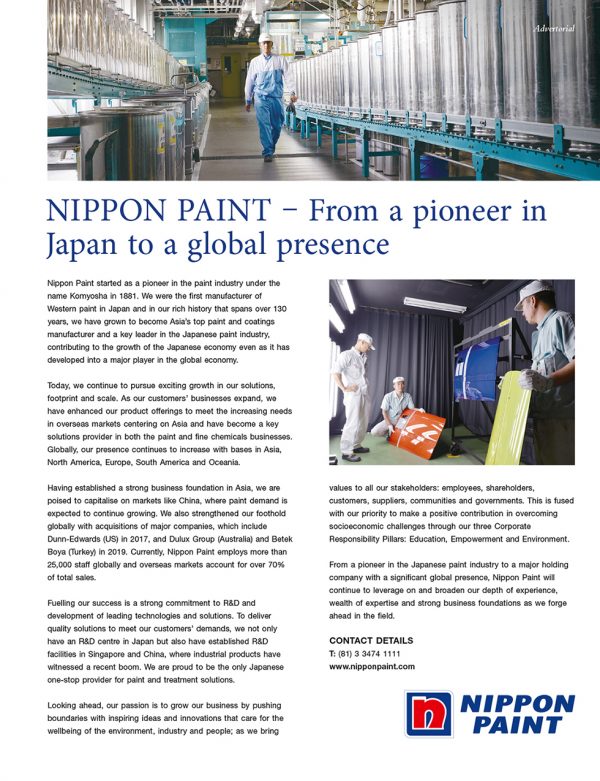