Nick Gaudry has steered Probuild NSW into a position where it can take on some of Sydney’s most ambitious construction projects.

Nick Gaudry has steered Probuild NSW into a position where it can take on some of Sydney’s most ambitious construction projects. Nick Gaudry, Managing Director of Probuild in New South Wales, had no problem thinking big from an early stage. “From the outset, I wanted to go down the path of project management, leading project teams on big, iconic projects. After I did that for a few years, I started to look at chasing new business. Then, eventually, I got a role as managing director of full programs.”

Initially working as an engineer, Nick gravitated towards bid leader and senior project management roles. His career path led him in 2014 to Probuild, a Tier-1 contractor offering end-to-end construction services. “I saw in the company a lot of what I enjoyed working on in those earlier businesses.

Probuild also had a lighter structure, was more operation-focused, and had a lot less politics than I’d experienced in my former life.” The relatively flat management configuration was a plus for Nick, as was Probuild’s market position.

“Throughout my career, I had been with established competitors, so the attraction of being with a disrupter in the industry and becoming the alternative choice for chasing the big projects was one of the main attractions in coming to Probuild,” Nick recalls.

He says there is a certain agility that comes with such a market position. “There is more flexibility from a decision-making perspective; there is not a long, drawn-out series of people that need to sign off on every stage of our decision-making process. I think that’s helpful for clients, that we can move on some fairly complex issues in
a very short time frame.”

Another point of difference for Probuild is its focus on whole-of-life solutions and
its capacity to offer long-term property solutions. Nick says this may not appeal to clients looking for a short-term fix, but Probuild is in a position where it has the ability to be very selective in terms of which clients it takes on.

“A lot of our client base are national businesses that have a long-term view on their developments and their partners. We’re not out there tendering for everything in the market. In New South Wales, we have a maximum tender of about 12 projects a year. That gives us a lot of flexibility and allows us to focus our resources.”

The company’s handpicked projects in New South Wales have included the refurbishment and an addition to a historical CBD hotel, an environmentally sensitive riverside commercial development, and the revival of a heritage-listed 30s Art Deco building. On each project, Probuild has been able to get its design, project and site managers involved from an early stage to develop whole-of-life solutions.

Lessons from a crisis

Only a month into his role as managing director for New South Wales, Nick was thrust into the media spotlight when a crane Probuild was managing collapsed onto a residential tower at Wolli Creek. He says it was a challenging time, though not unmanageable. 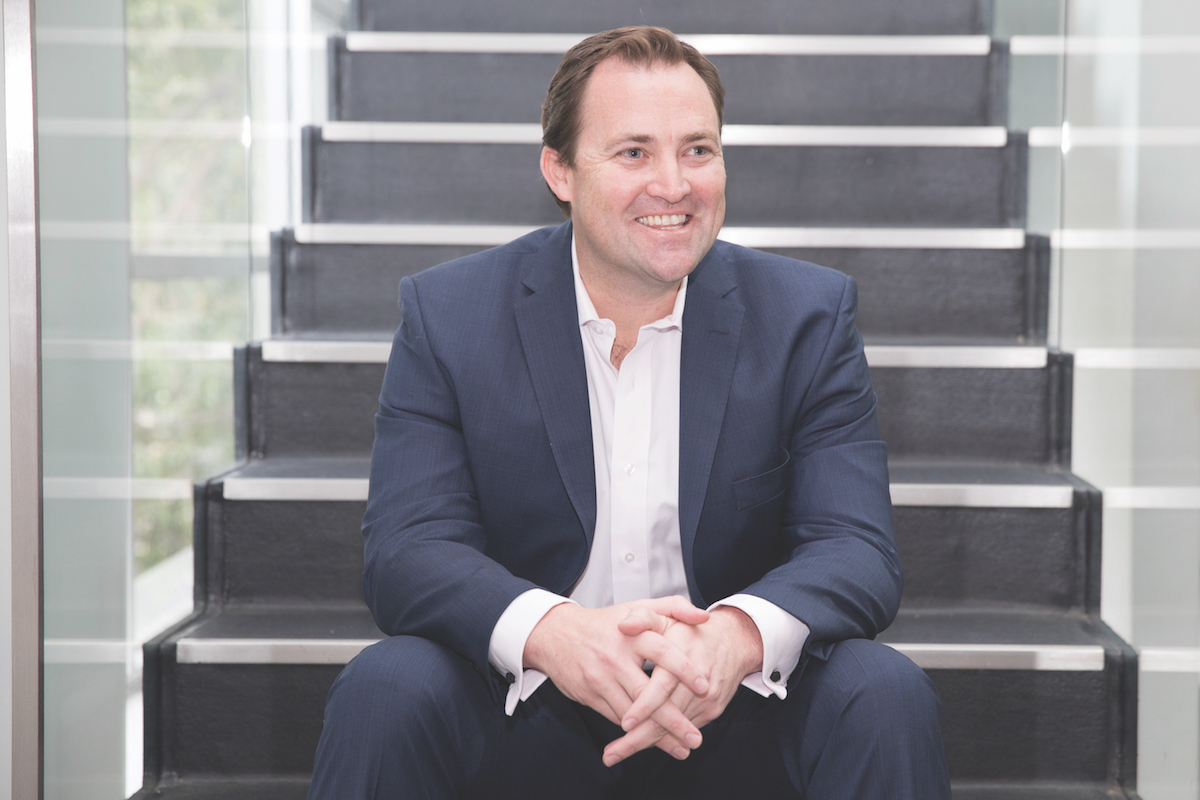 “Certainly, I’ve faced big challenges in my career. What I identified when I’ve been in this space before is that you can turn on each other and start fighting about who’s at fault, who’s to blame. It can quickly spiral out of control.

“However, what I found when I went to lead the team working on the issue was that we bonded together extremely quickly. There was never any blame during the process; it was a real one-directional focus on resolving the issue, and getting the crane recovered and getting the residents back into their homes.”

Having a clear process in place to deal with such unexpected events is a must, Nick says. “After 20 years, I can still be blindsided by this industry. It’s about how you respond, and making sure there’s a team response and that the individuals don’t fall apart. The best strategy for dealing with a situation like that is to have very strong communication and engagement with your employees. If you’ve got that, you’re good for any challenge.”

Open communication has been a key feature of Nick’s leadership, which he describes as inclusive. “I’m a very approachable manager. My door is always open, and I talk regularly to employees at all levels.”

I’m a very approachable manager. My door is always open, and I talk regularly to employees at all levels.

He also makes a point of being involved in the interview every time a salaried staff employee joins Probuild. “Our business is our projects, and our projects are our people. We’re all active getting around to those projects, and I make sure that I speak to our employees quite regularly.”

This focus on open communication and continuous feedback extends to clients. Probuild’s project teams are encouraged to work closely with the clients on every project. The project managers within each project are particularly important here, and are groomed for senior management roles down the line. These leaders are given all the support they need, Nick explains.

“I’ve got a national client working in New South Wales and we have a senior manager in another state whom we can use to strengthen that relationship and to leverage existing relationships from other states that will assist us here. The national approach to clients is very much part of our culture, having multiple touchpoints to our client teams and management, allowing every level of our team to have some involvement in the project or within the client base.”

The result of this approach has been a loyal client base. Across all the live projects and an early contractor-involvement project currently going ahead in New South Wales, all are repeat clients. “What we’ve learned is that it is not just one individual who is important,” Nick says of relationships with clients. “It’s not just one stakeholder that makes a relationship. It’s very important that we have strong relationships at every level.”

Late in 2016, Probuild signed an agreement to construct the Greenland residential tower – the largest contract it has ever won. “That was a game changer,” Nick explains. “It’s a A$400-million-plus residential project, and the tallest building in Sydney’s CBD.

It had been in the market for probably three or four years before we got involved. The challenges of the project included demolishing around an existing steel frame, demolishing the base, and then coming up with new basement structures, while keeping that structured steel frame stable. Greenland was a huge challenge, and one that some of our competitors walked away from.” 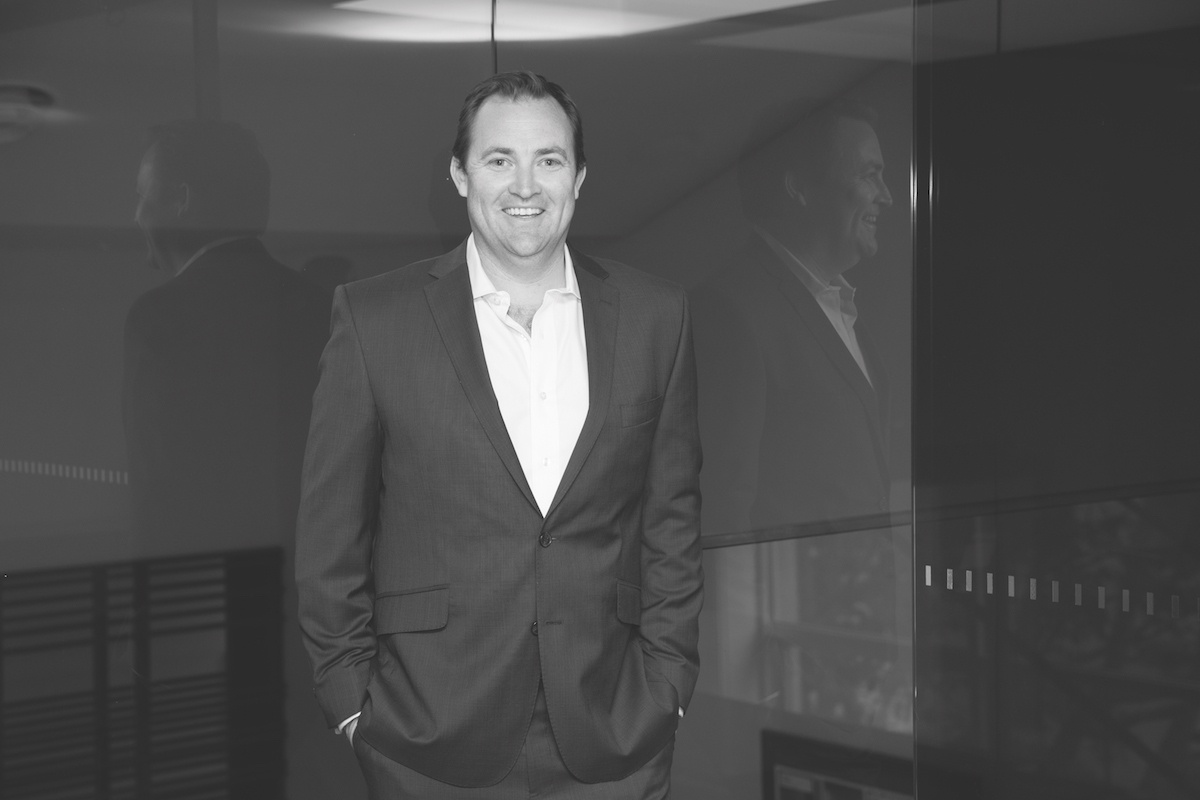 Greenland was a huge challenge, and one that some of our competitors walked away from.

When completed in 2019, the building will be home to almost 500 residential units as well as a boutique hotel, retail space and a creative hub operated by the City of Sydney. The units will feature unique ‘Sydney balconies’: indoor–outdoor spaces made possible by a modulating angled glass facade to counter wind speeds.

Despite the considerable complexity involved in the project, Nick says his colleagues at Probuild welcomed the opportunity. “Our mindset was to take that challenge on. It’s not a simple construction. There is nothing typical involved. There is nothing out of a textbook that you will find when you’re looking at how to build a 68-storey building. Working around an existing steel frame doesn’t occur every day of the week.”

Nick says there was a celebratory mood in the business when it secured the contract. While signing up to build anything on this scale would be worth celebrating, the context here made it even more momentous. The New South Wales arm of Probuild had been working towards a project this ambitious for some years.

“It was something that we had in mind when we restructured the business back in 2012,” he explains. “Now Probuild is able to meet the needs of our national clients with consistency across the country.

“In our home base of Victoria, we’re well established in the high-rise, residential and large retail project sphere. The other states, including New South Wales, have been heading in that direction since that restructure. Long term, the objective might be to get projects that are even larger than the ones we’re currently chasing.

“My long-term objective is to have fewer projects, but bigger projects. They’re longer-term enterprises that can be planned a lot better than the quick-turnover projects.”

Nick says a robust Sydney construction market means Probuild will have plenty of opportunities for such projects going forward. “I haven’t seen Sydney like this; it’s probably even busier than it was pre-Olympics. There is a lot of development on the way.”

With this increase in work, however, come challenges in terms of meeting increased staffing requirements. Nick says the looming skills shortage will present some difficulties.

“We had a business program to work nationally, and our focus had been varied across the different states until then. In 2012, we determined that the business should be the same in every state. You get the same look and feel and the same types of projects to chase. To manage that, we are being very selective on the projects that we’re chasing,” he explains.

“I think there’s an inherent desire in everyone to want to be on great projects. They want to work on projects where there is a good safety culture, and the site is well-presented and clean.”

By continuing to focus only on innovative, high-profile projects, Nick explains, Probuild hopes to become recognised as a preferred employer. From this position, it will be able to attract the best employees and subcontractors through its project portfolio and client base. “Our business plan is to chase a select group of clients and to chase individual projects.”