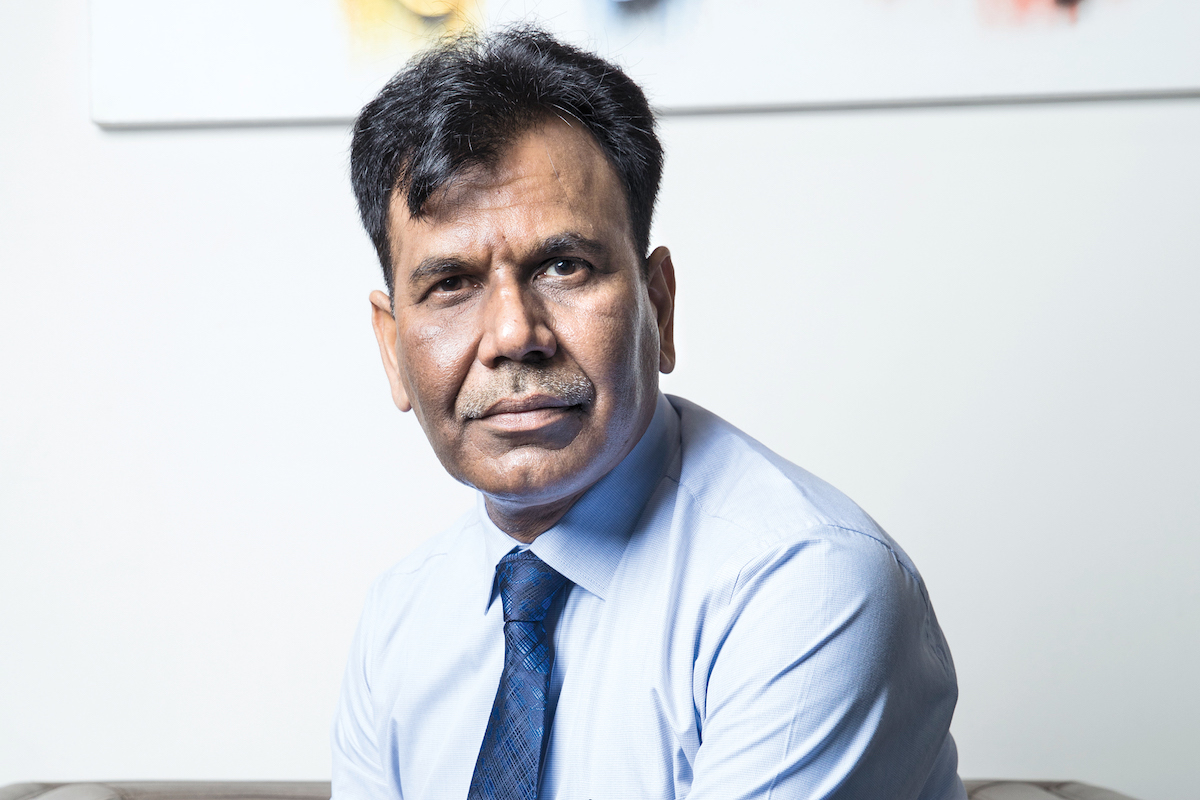 Execution can often be a tricky act in the railway infrastructure business. For starters, there are numerous stakeholders, which usually include government utilities, all involved in complex procurement activities. Then, there is a massive amount of expensive components that must be skilfully pieced together while adhering to strict regulations and safety protocols.

It is little wonder, therefore, that new railway lines and upgrades are so often subject to lengthy delays. But Rakesh Gaur, who has decades of experience managing high-value engineering, procurement and construction projects around the world, is one of a special breed of leaders who have earned a reputation for consistently delivering on projects despite any challenges.

Rakesh is President of the Railway Division at Kalpataru Power Transmission Limited (KPTL), an Indian infrastructure company that operates in 63 countries across five continents. Its extensive railway portfolio comprises more than 6,000 kilometres of railroad track. “I’ve had a very rich and enjoyable career that spans more than 35 years,” he shares.

“In that time, I’ve become known in the industry as the person with the discipline to get things done. I have a strong focus on execution.” He acquired that discipline working for several major companies including Siemens, ABB and KEC International. In fact, Rakesh has worked on more than 70 projects across a number of different countries including India, Canada and the Commonwealth of Independent States, which includes Russia and parts of Eastern Europe.

“It has really helped me to have that experience across those multiple geographies and diverse environments, which facilitated me to visualise the hold points and the areas of concern at a very early stage of project,” he reflects.

Our customers now have the confidence that we have a capable team, which can deliver projects on time and at high quality.

“That means doing everything necessary – taking every action required to close the project. So understanding the complete life cycle of the project and having a really clear understanding of the critical milestones needed to close it has helped me repeatedly deliver projects ahead of schedule.”

KPTL offers a comprehensive range of services in railway building and is heavily involved in India’s major push to electrify all rail lines across the country by December 2023. The company also lays new tracks and refurbishes old ones in addition to building bridges, tunnels and train stations. 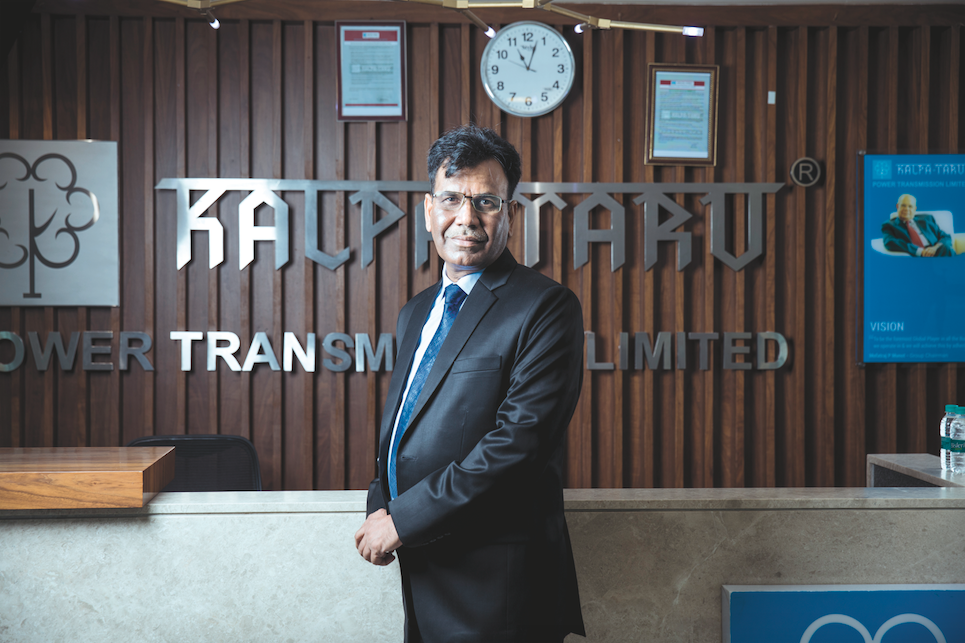 With rail operators across the world constantly in need of these services, the organisation’s rail division has long enjoyed a full order book. However, when Rakesh joined in 2019, he encountered a typical dilemma: contracts were not being executed as quickly as they could be, and so, the division was not contributing as much as it could to the group’s revenues.

“Although the organisation had a good order book, the execution required improvement and a more focused approach,” he recalls. “I saw this as a great opportunity to increase effectiveness in all processes and bring in effective leadership so we could start delivering more to the clients. It was about churning it out in terms of revenue – that was the major opportunity. We built it up, and we started delivering the projects.”

The results have been very impressive. Some projects finished earlier than scheduled, and the company received bonuses for early completion, which has contributed to the doubling of turnover since he joined the company. Now, to build on that strong success, he plans to expand internationally as well as into new segments in India, such as metros and regional rapid transport systems.

“Our customers now have the confidence that we have a capable team, which can deliver projects on time and at high quality, while keeping financial considerations in mind,” he explains. “And because they can see that the right team is in place, that we have our maths right and that our execution capabilities are good, they are looking forward to our increased contribution in nation building.”

One of the division’s new international projects is a joint venture in Bangladesh. Rakesh also sees exciting opportunities in Africa, where many cities want to be better connected with metro systems or intercity rail but do not have the budget to fund large infrastructure projects. The company is well positioned to facilitate financing of these projects with the support of partner banks. “That is an area where we are focusing with a lot of attention,” he says.

The success of any organisation depends on how you link three things: your people, your strategy and your operations.

Suppliers of such products are limited, and it is of the utmost importance that they are of high quality. For this reason, KPTL has secured at least two manufacturers for every component it uses, and it works closely with every one of these suppliers to ensure they are aligned with its procurement processes.

Terms of payment are discussed well in advance and KPTL strives to always honour the conditions agreed to at the pre-bid stage. Thanks to this strong commitment to transparency and fairness, Rakesh’s division enjoys good prices from its suppliers when bidding for tenders, which in turn helps make its bids more competitive.

“We have an order backlog of approximately US$500 million for the next two years,” he reveals. “This success has come partly as the result of our suppliers’ commitments to us.” In an industry as complex as railway infrastructure, these relationships are critical.

“We are part of an ecosystem that is made up of many supporting manufacturers, and our success depends on how our partners can support us in a particular moment,” he stresses. Rakesh maintains good relationships and makes sure he is always approachable to key suppliers and subcontractors, so if they ever have any kind of difficulty or grievance, it can be swiftly solved. In return, those partners prove reliable and flexible if the company faces headwinds and requires their understanding and support.

Another significant change that Rakesh has introduced as leader of KPTL’s Railway Division has been to decentralise the decision-making process. He has worked extremely hard to develop leaders at lower levels of the company by actively encouraging them to make localised choices, and to become comfortable with the idea of making mistakes and then learning from them. 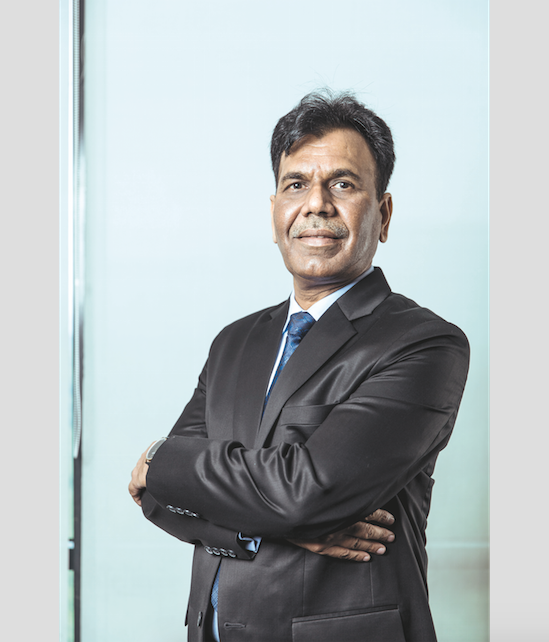 In doing so, Rakesh is trying to overcome what he likes to call “baby elephant syndrome” – a reference to grown elephants who are strong enough to break free from their chains, but believe they are too weak because they were weak when they were younger.

“What is happening in more and more organisations is, when they start to grow, they don’t want to lose control so they try to centralise everything. The leaders develop this baby elephant syndrome, where even if you allow people to make decisions, they don’t,” he says.

As KPTL’s leaders become increasingly empowered with Rakesh’s encouragement, they also become more motivated and confident, he reveals. This has, in turn, led to noticeably higher productivity and greater efficiency – exactly what is required to ensure the division continues to excel when it comes to executing complex projects. It’s already working, according to Rakesh.

“We’re consuming less time, and the inertia in the system is decreasing,” he enthuses. The lesson learned from that success has been that great execution depends not just on careful and logical planning, but also on ensuring that human interactions within the company are fulfilling and sincere.

“The success of any organisation depends on how you link three things: your people, your strategy and your operations,” Rakesh insists. “Effective leadership is not just about the hard facts, but it is also about listening to and using your intuition. You have to mix the two – that is the way you can lead any organisation to success.”