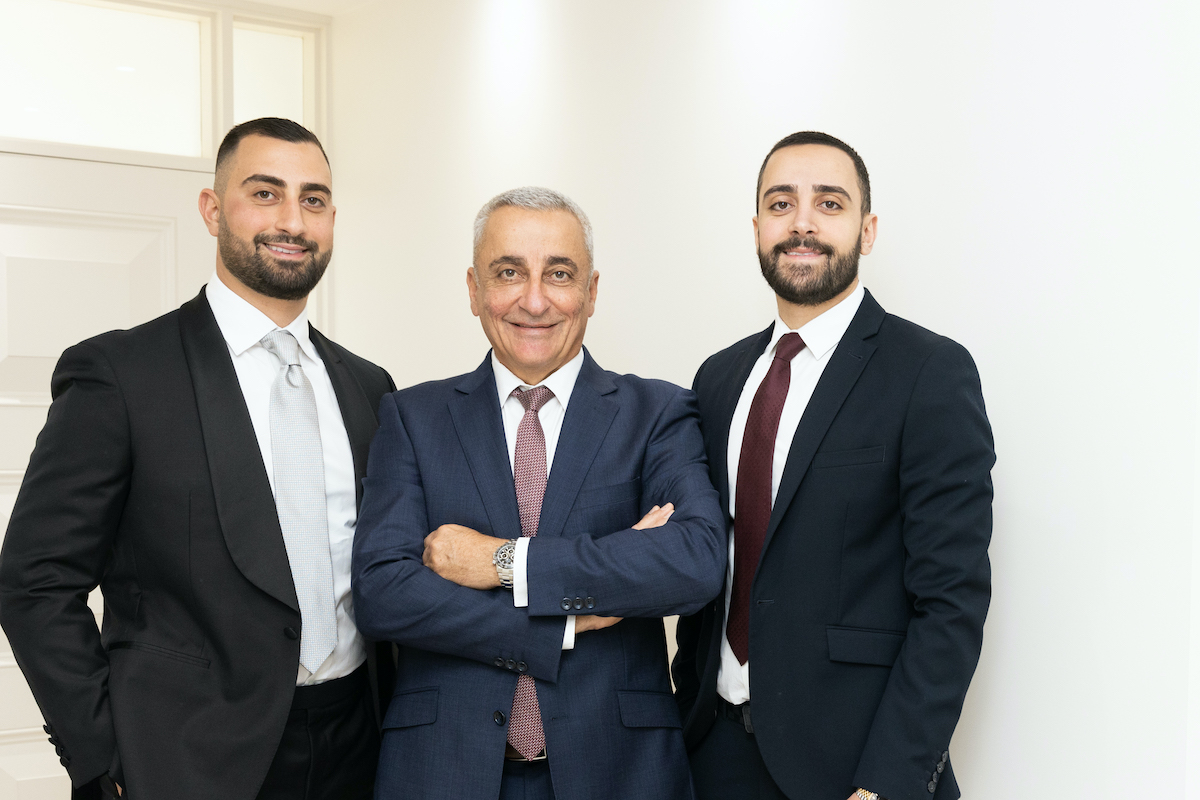 Sam Saad was only a little boy when he visited a building site for the first time, but it’s a day he’ll never forget. As he toddled round in an oversize hard hat grasping his dad’s finger, he gazed in wonderment at the towering scaffold, noisy concrete mixers and piles of bricks. There was something magical about the smell of diesel and cement, and the clatter of heavy machinery. He knew instantly he was going to be a builder.

Some 30 years later, around the turn of the century, Sam led his young sons around a very similar site, smiling when he saw that Nadim and his brother Daniel were as entranced as he’d been. There was no doubt about what their future careers would be.

Today, Director Sam is still at the head of the family business, the DCN Group, while Nadim is Managing Director and Daniel is CFO. “It makes me very proud having my boys working with me, and sharing the same values of craftsmanship that were instilled in me,” Sam tells The CEO Magazine from the company’s head office in the Sydney suburb of Strathfield. “And now they’re creating their own values, as they’re from a new generation with different aspirations and ideas about the future.”

The company has built a number of premium residential blocks, warehouses and office complexes, earning a reputation for attention to detail, integrity and high-spec design. The most recent was The Leonard, a boutique complex of 48 contemporary apartments in Bankstown, advertised as a “thriving, living sanctuary for relaxation, convenience and culture. Delivering aspirational living to all residents.”

“It’s an outstanding building, it really is,” Sam beams. “It’s very satisfying to see how well it turned out, and you know what? We did the whole thing right down to the landscaping. That’s very important for first impressions. “What drives us every day is doing everything we can to make sure we’re putting up quality buildings that families will love living in.”

“When someone comes along for a viewing and parks their car, if their immediate reaction is, ‘Wow,’ and then, when they go inside, it’s also going to be, ‘Wow,’ if not, ‘Wow, Wow.’”

Not surprisingly, demand for the units was extremely high, and one particular purchaser left a lasting impression on Sam. “We always introduce ourselves to the people when they move in so they know who we are. One purchaser at The Leonard approached me just last week and said, ‘I just want to thank you and give you a little gift.’ He’d been looking for eight months and was just so happy to have bought from us. He told all his friends about the place and now one of them is buying a unit in the same block.”

Key to their success is what Sam’s father taught him all those years ago. “Dad always said, ‘If what you’re building isn’t good enough for you to live in, it’s not good enough to sell to someone else for them to live in.’ I’ve never forgotten that and it’s still how we operate today. I’m only interested in creating something I’d be proud to put my name to.”

What sets DCN apart from most developers is a sense of ownership over the work, being immersed in the project from when it’s still literally on the drawing board to the day the new owners move in and beyond. It’s why the company selects each job very carefully. “We like to do one at a time so we have our finger on the pulse at every single stage. We don’t just do a drive-by once a week in a flashy car; we’re actually there at six in the morning and often we’re the last to leave at five in the afternoon.”

An important aspect of the company’s culture is evident on the building sites themselves where Sam ensures everyone is treated equally. “I don’t care if you’re a developer or builder, you’re not above anyone else. We’re all on the same level. There is nothing wrong with picking up a shovel or a broom – just be one of the boys,” he insists.

“I have a strict policy of no swearing or yelling onsite, or talking down to anyone. If there’s an issue, and we make it clear to our subcontractors, you deal with it in a meaningful, manly manner. There’s no need to throw tantrums.”

That’s one of the reasons DCN Group has no difficulty recruiting the best subcontractors and establishing long-term relationships with them. They too must share a philosophy that the priority should never be just about cost, Sam says.

“What drives us every day is doing everything we can to make sure we’re putting up quality buildings that families will love living in. That’s how we’ll shape and secure our future, one brick at a time.”

“Dirt and diesel are in my bloodline.”

Sam Saad’s son, Nadim, inherited a passion for building and works alongside his father and brother in the family business.

“I always wanted to be a builder when I was a kid because I saw how passionate Dad was about his work. I used to go onsite with my grandfather when I was five. Dirt and diesel are in my bloodline,” Nadim says. “My dad and I are onsite every minute of every day and, without wishing to sound crazy, we could both tell you about every screw and every plank in every building because we make sure we’re across everything.

“Dad’s 60 now and I’ve learned a lot from him, but some of his practices were a little bit prehistoric. Coming through the ranks, I wanted to give it a modern touch, like going paperless and bringing in new policies. So my brother, who’s CFO, and I have modernised a lot of the business. Dad didn’t really showcase much of his work as he was hard at it with everything he did, so I told him that we really needed to show off what we’ve done because it’s so beautiful!” 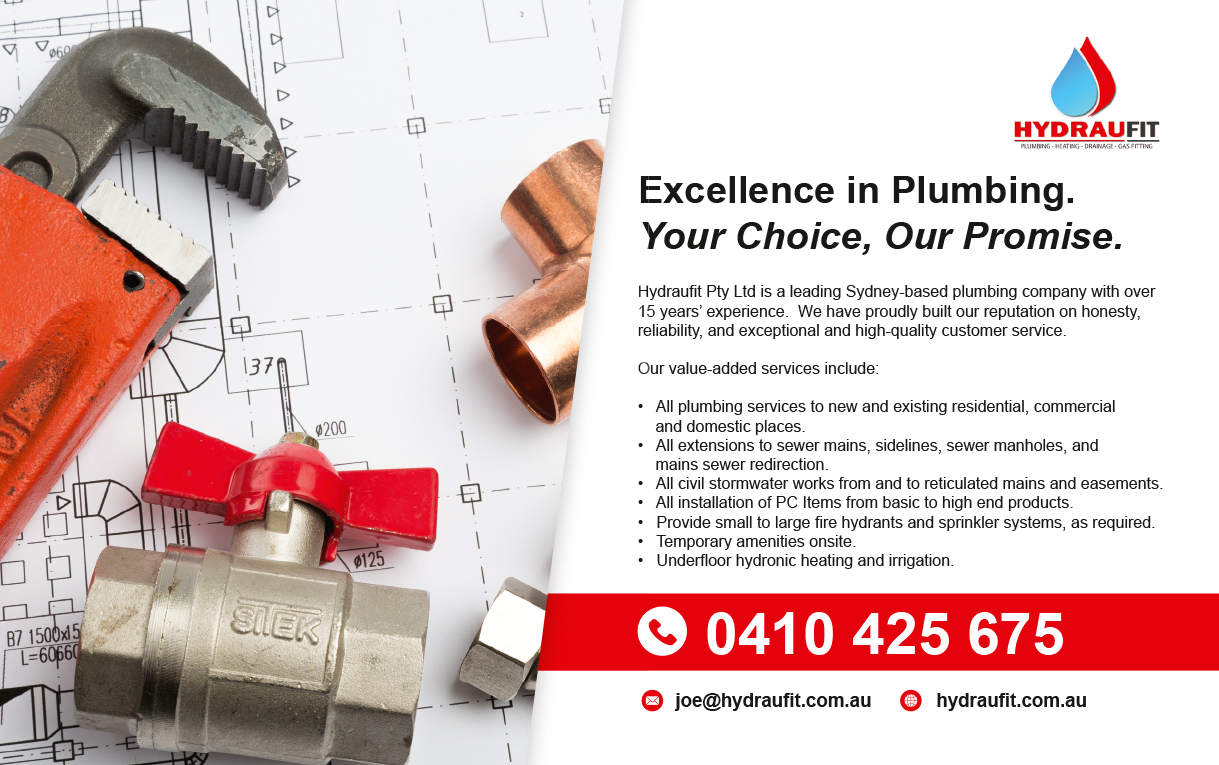