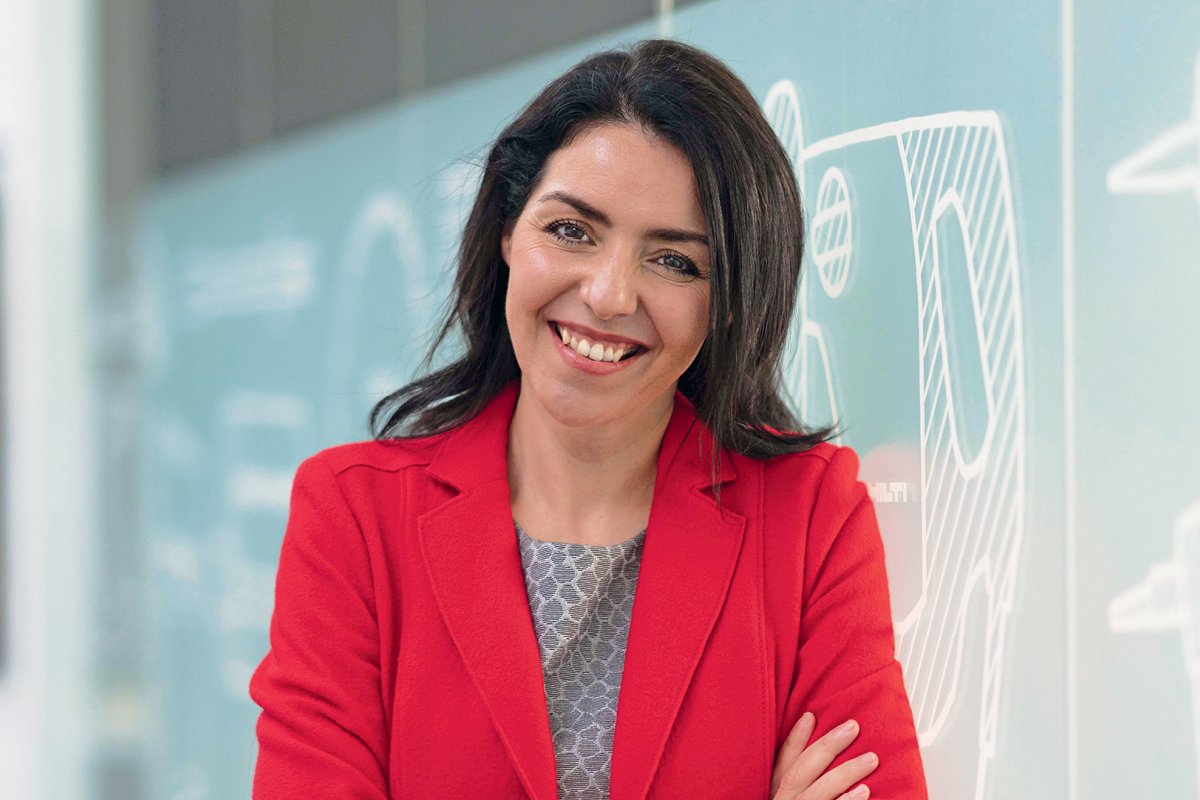 Sonia Mokdad has been with Hilti, a Liechtenstein multinational business, for 20 years. From working in the supply chain to marketing and sales, she’s learned and constructed a leadership style that reflects compassion, honesty and authenticity.

“It’s rough but down to earth. It’s also very male-dominated. The key to a business like this is to treat people like adults, give them freedom and allow a culture of error.”

Hilti Singapore’s General Manager explains that a top-down approach would, of course, be much easier and faster, but then it wouldn’t be about the people. “We need to create space for unusual ideas and trust people,” she says.

“I think this will bring out the most potential in every business. It takes patience, but the result will be much higher than if you don’t listen to your team.” Sonia goes on to say that sometimes businesses forget that behind its success are hardworking individuals, not just numbers.

“At times, we are not brave enough to say it because it sounds weak and not economical enough,” she points out. Climbing up the ranks, the Austrian native never imagined her career would lead to a move 9,845 kilometres from home.

Singapore was never on the agenda. Sure, it was on Sonia’s mind, purely because the city is the epicentre of the economy, but not in the sense of envisaging a future, a life.

“My old boss in Austria was constantly telling me that if Singapore is coughing, the whole economic world is suffering,” she recalls. “Singapore always had a special position when we are talking about international business and economies. But I never thought I would work here.”

The offer came as a surprise. And it was Sonia’s husband who made the decision – quickly. “My husband was with me when I got the proposal and within five minutes he decided to quit his job to go with me; this was a special situation,” she explains. “In reality, it was my husband who decided to go to Singapore, not me. 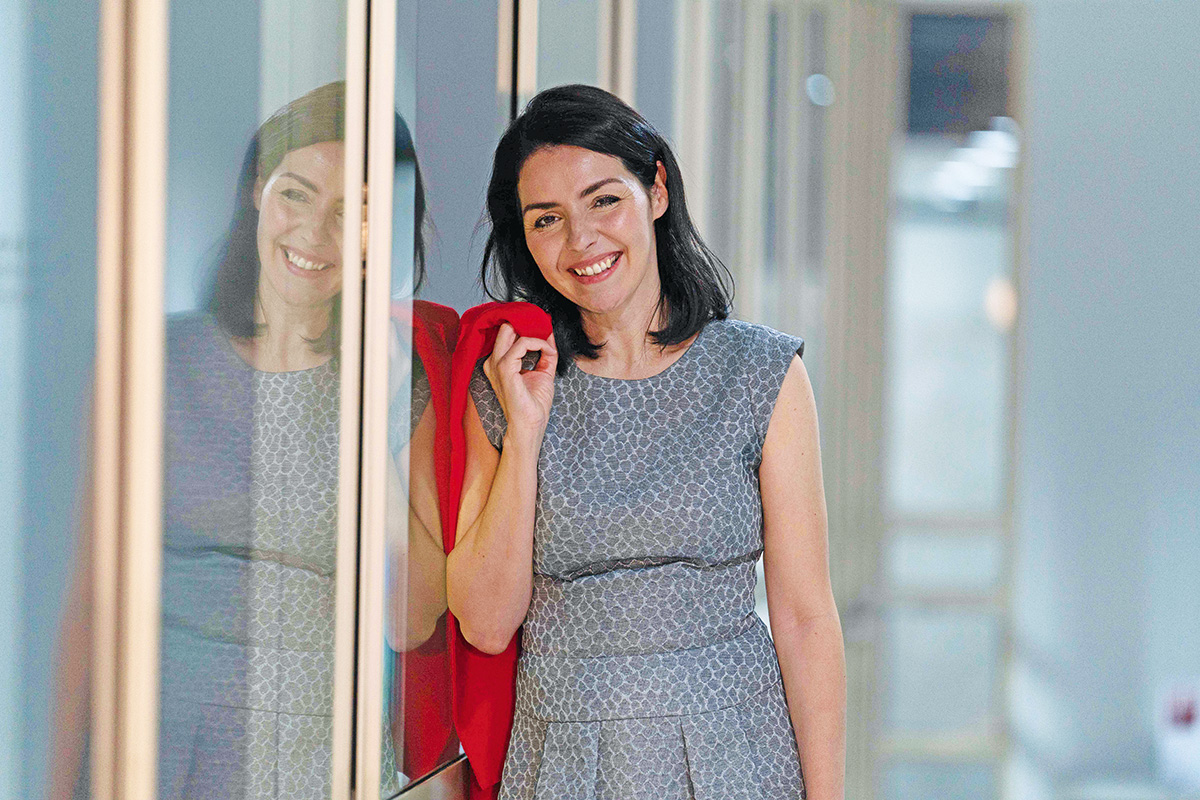 “The change was as big for him as for me because we were switching roles. At that time, I was taking more care of all the traditional mother-related matters. In Singapore, we switched and he’s now taking care of our son.” It was hard for them both, Sonia admits.

“Saying yes to Singapore was also saying yes to a new role in terms of both my business and private life,” she says. Three other points were influencing Sonia’s decision. “I’ve always had big trust in Hilti. They’ve never proposed something bad for me or the business,” she says.

“Secondly, I strongly believe in the power of people-oriented leadership. I’ve always had great teams around me as well as a healthy balance between a culture of trust and best results. I’m results-oriented, but not in the first view, always in a second view. The first view is compassion – understanding the people, being authentic and honest to the people around you. Especially when you are in a leadership position.”

The third element was self-reflection. “When jumping into a new role, I always start with myself. If I know where I am, I’m able to lead others,” she says.

Making the decision to step out of her comfort zone early this year has so far been the highlight of Sonia’s career. Upon arriving in a new country, culture, team and role, Sonia also had to navigate the business through a global pandemic.

She believes that in difficult times, authentic and genuine corporate culture becomes more apparent. “One of the pillars to us – getting out stronger – is because of our cultural behaviour,” she says.

“Culture is the base. From a business point of view, we established a clear strategy out of the crisis.” Hilti Singapore first had to understand where the company stood and where it wanted to head.

“We looked at our resilience from a financial and an emotional perspective,” Sonia explains. “Then, we started to look at how we could reinvent our business to embrace the new normal. The one important message to our people was that nobody must go through it alone. We are a team; we go through it together.”

Looking at the year ahead, Hilti Singapore is working on a new CRM project called Evolution, where it will introduce Salesforce to its systems. “It will help us tremendously in how we strengthen our sales-oriented approach and our professional relationship with customers,” Sonia explains. Productivity will remain one of the company’s highest priorities. “Our vision is that Hilti Singapore becomes one of the market leaders, not just for the South Pacific but worldwide. We also intend to double our business within the next three years,” she says. Hilti Singapore’s chosen suppliers are part of the company’s continuous growth. The business works with several close partners and always ensures that quality comes before quantity. Sonia explains that they are a loyal customer of its suppliers. “Once we start a relationship with our suppliers, we work to keep it for the long-term,” she says. For the past two decades, purchasing has been an essential focus. The company is also always looking to do sustainable teamwork with both small and big businesses. One example is ADM Design & Build, a young company that built Hilti’s Learning Centre in Singapore. “We’re fair in giving everyone an opportunity to work with us,” Sonia says.

Hilti also took the opportunity to provide virtual training and review its long-term strategic plans. “We are using this time wisely to sharpen our skills and work out a long-term strategy, showing our people that we are not thinking about short-term retrenchment. We are long-term oriented.”

One must have sincere dedication to the work that they do and the industry to be able to trust the same company for two decades. This is very much the truth in Sonia’s case, whose passion and attachment lies in the people of Hilti. “My passion is making other people flourish and grow,” she enthuses.

“I’m not a number cruncher, which you would normally expect from a General Manager. This is how I see the traditional picture and I’m not that typical picture. Numbers are important to me. I’m watching numbers every day, but I use them as a compass to navigate.”

We lead people and we know numbers. I would not stay with a company for 20 years if numbers were most important.

The statement Sonia frequently relays to her team is, “We lead people and we know numbers.” She adds, “I would not stay with a company for 20 years if numbers were most important. I would not survive emotionally. For me, the key point is that I lead with a people-oriented approach. It is fulfilling to see individuals developing personally.”

So how has Sonia managed to cultivate this life of balance? It’s a question she finds the most challenging because it is something she has continuously strived to improve. “At Hilti, we do cultural training,” she explains.

“The group has been investing in this for more than 20 years. All of our 30,000 employees globally go through a cultural workshop.” Every year there’s a theme with a topic. The idea last year, she says, was work–life balance, which inspired Sonia to meditate and be more present.

“My seven-year-old son is quite direct and gives feedback. He tells me when I’m not present,” Sonia says, laughing. “My biggest teacher in life is my son because he doesn’t care if I’m a General Manager or not. He’s very honest and doesn’t care if I like the feedback or not.” 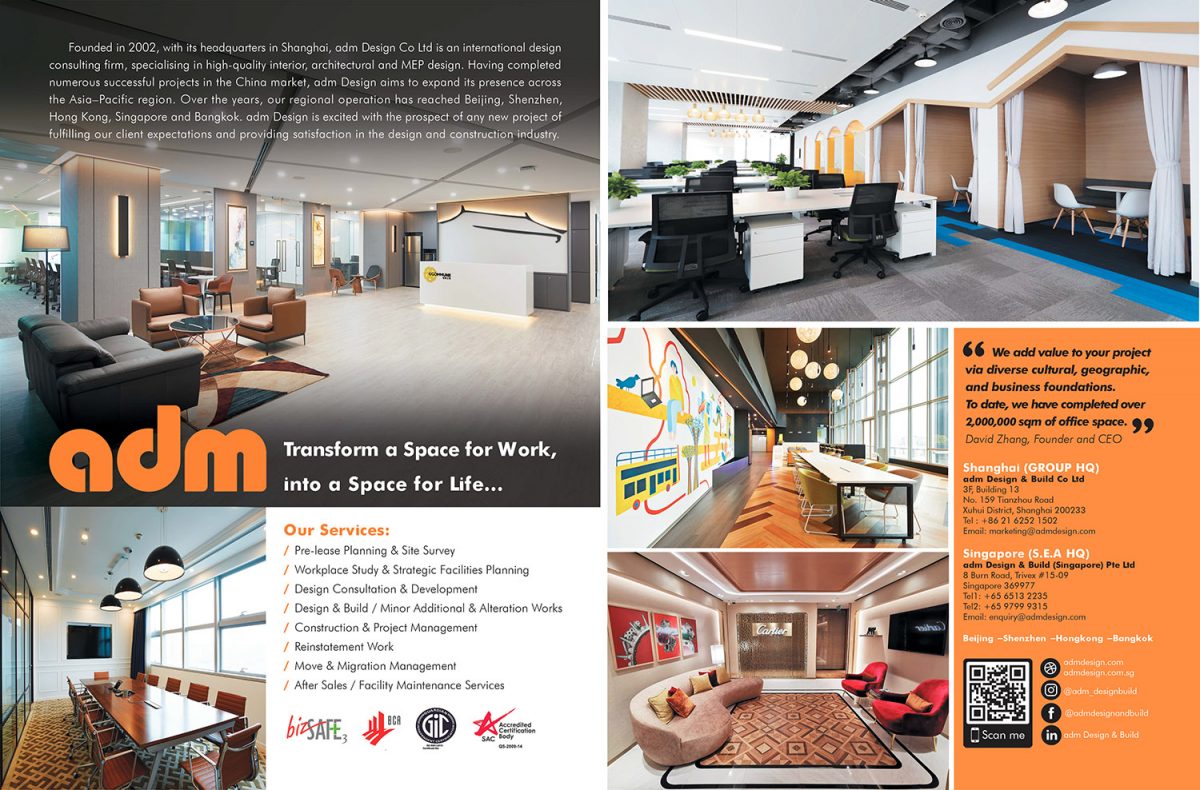