We need to have a great vision: Stephen Lai 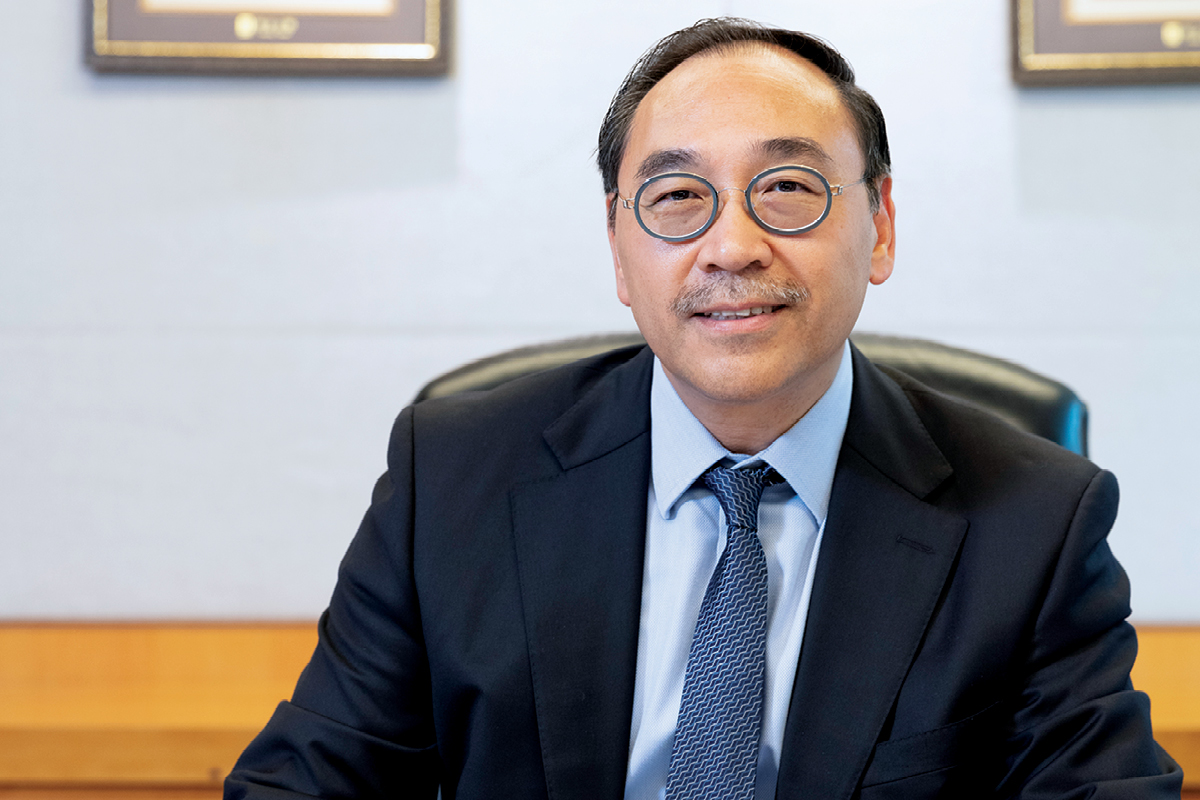 Stephen Lai, Managing Director of Rider Levett Bucknall Hong Kong and China, has a message for the construction industry. “This year, we should be driven by our profession and united for success,” he says. And it’s not just the theme for 2018’s Quality Building Award in Hong Kong; it encapsulates his vision for the entire industry.

He believes this because he foresees drastic changes throughout the construction industry, and not just within Hong Kong. “We need to have a great vision, because the industry is changing a lot regarding technology and innovation,” he says. “We have to prepare to change now. The construction industry has been very traditional. It might not look like it now, but it will change very quickly and if we can’t accommodate that, it’ll be very difficult to survive.”

If anyone can predict the course of the construction industry, it’s Stephen. After all, he’s spent some four decades working in it, with almost three of those at project management and quantity surveying services provider Rider Levett Bucknall (RLB). Having joined in 1989, he oversaw key evolutionary stages of the company, while it was still known as Levett & Bailey (it globalised with Bucknall Austin and Rider Hunt in 2007).

During the 1990s, Levett & Bailey began its expansion into China, inspired by the new construction boom. It would prove to be a challenging task given the absence of any foothold. For one thing, rented office space was a difficult thing to come by for a foreign company. Stephen eventually found one location, some distance outside Shanghai, despite the city then having a population of around 10 million. More problematic, however, was the need to find staff to assist with the expansion.

“At that time, we had nobody there,” he says. “It was a challenge to find somebody who could help set things up. The first decision I made was to employ a personal assistant, so I found a very good local candidate who’d graduated from Shanghai University of Finance and Economics. I was especially looking for someone good at setting up taxes and administration, things that I had no experience in. This graduate was trained in finance, with a couple of years of experience in Shanghai, so I employed her to help set up the whole thing.”

The early struggles in expanding to China have since worked out for Stephen. RLB have paid their dues and are now comfortable with the Chinese construction sector. The company is familiar with the local procedures, contractors, conditions and regulations, thanks to having worked alongside partners who had more experience in China. With 17 offices in cities like Shanghai, Beijing and Guangzhou, RLB has gone on to work with numerous Chinese developers, across countries such as the UK, Australia, Poland, Russia, South Africa and Congo.

“Chinachem and Rider Levett Bucknall have had a long-term business relationship. Recently, we collaborated on the Nina Mall Renovation and M&E improvement works at Hilton Plaza. Together, we work as a team to create a better tomorrow for the communities we serve.” – Donald Choi, Executive Director and CEO, Chinachem Group

Following the success of the China move, Stephen took on the Managing Directorship at the turn of the millennium and also set up a new office in Seoul in 2003. Seven years later, the company would enter its present iteration. Having previously worked alongside Rider Hunt, Levett & Bailey would go on to seek partnership with one other group, the UK-based Bucknall Austin.

“At the time, globalisation was coming on quickly, so 11 years ago, a few executive directors from Rider Hunt and I (from Levett & Bailey) went to the UK to find a partner, because we hadn’t established offices in Europe,” Stephen explains. “We went there and found our partner. Since then, our company became Rider Levett Bucknall – Bucknall was the UK partner, Rider included Australia and the States, and we, Levett, together building up an international network across Africa, Asia, Europe, Middle East, North America and Oceania.” “We have to understand the budget, how much to bill, what the construction cost may be and then control it throughout the whole process.”

The expansion into China and the partnership in 2007 were two of the biggest decisions Stephen has been responsible for, in the course of his long and illustrious career. Now, as part of a global company with more than 120 main offices around the world, he’s ensuring both RLB and the industry at large are prepared for the future.

“As we are leading the way in terms of cost management, we need to use our skills to help the industry, community and public,” Stephen says. “We engage with a lot of institutions – the Royal Institution of Chartered Surveyors and The Hong Kong Institute of Surveyors – and we take on key roles in public services. We also teach the master degree students in the architectural department of the University of Hong Kong, helping them learn contract administration and so on.

RLB also keeps in touch with its former employees, and encourages them to familiarise themselves with different professions or fields within the industry, such as management, business or engineering. Stephen and RLB believe in growing the industry as a whole, evidence of a spirit of collaboration.

Stephen also spends time in numerous other industry-related roles, where the emphasis is on rewarding and growing the construction sector. For example, he’s the Chairman of the aforementioned Quality Building Award 2018 in Hong Kong. The awards recognise excellence in design, quality, environmentalism and benefits to the community, as well as rewarding good business practices, in terms of contracts, for example. Held biannually, it’s overseen by a collection of nine professional bodies in Hong Kong. Stephen also serves as the Board Member of the Hong Kong Construction Industry Council, and on the Corruption Prevention Advisory Committee for the Independent Commission Against Corruption of Hong Kong. But these roles aren’t just for the benefit of the construction sector; they also allow Stephen to acquire more experience, better understand the industry in which he’s spent decades and expand on his own capabilities.

He believes that construction is complex and multifaceted enough that there is a great need to develop a diverse skill set. “Given the work we’re doing within the construction industry, we need to understand the technical side of it,” he says. “Because we prepare contracts, we must understand a lot of legal things. We also do lots of accounting, looking after the project from conception to completion, and the cost line. That means we have to understand the budget, how much to bill, what the construction cost may be and then control it throughout the whole process.”

After all, no industry is sheltered from disruption and evolution, construction being no exception, and those in the industry will have to do as Stephen is doing – gaining more experience and learning new skills. Technological changes are coming rapidly; building information modelling (BIM) is in itself not a new concept, but as an element of digital technology, is subject to continual development.

“Chun Wo Development Holdings Limited has been working with Rider Levett Bucknall for years. The service and quality provided by RLB over the years have played an important role in Chun Wo’s success.” – Stephen Lee, Chief Executive Director, Chun Wo Construction Holdings Company Limited”

That said, things like BIM still represent enormous potential for construction. BIM provides digital models of a proposed building, and is an easy way of keeping all participants in a project simultaneously apprised of any changes to that model. The design process is, therefore, better coordinated, improving efficiency, time management and the ability of participants to work autonomously.

This ties in well with Stephen’s managerial methods, which prioritise independence within his team. “Most of my colleagues really like a challenge, so I like to make sure they have the freedom to work, while supervising them on the way they do that,” he says. “It makes them happier to have these little chances to do things. Each construction project is different; hotels, offices, resorts, hospitals, everything. So, it’s very challenging. And I think they enjoy the responsibility.” “We believe in the importance of our relationships.”

The quality of RLB’s business relationships is, Stephen believes, integral to the survival of the company. “We believe in the importance of our relationships, which is everybody in the team that’s involved in a construction project,” he says. “You have the clients, the developer, then you have all the consultants, architects, engineers and the contractor. We’re all involved in that process, so I think it’s extremely important to maintain a very active business relationship with everyone.” The other element of Stephen’s leadership is communication; one can’t maintain good business relationships without it. So, he is careful to communicate the company’s vision, and given that it now employs 3,600 people across its 100-plus offices, internal unity is more important than ever.

“We need to know the purpose of what we are doing, especially now,” Stephen explains. “We need to set up a lot of corporate guidelines and so on for all our staff, because RLB operates within different kinds of culture all over the world. The central idea is that we are the cost management experts; with an objective to help our customers to achieve optimum value from their properties and assets.” 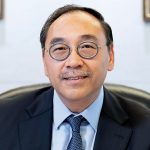