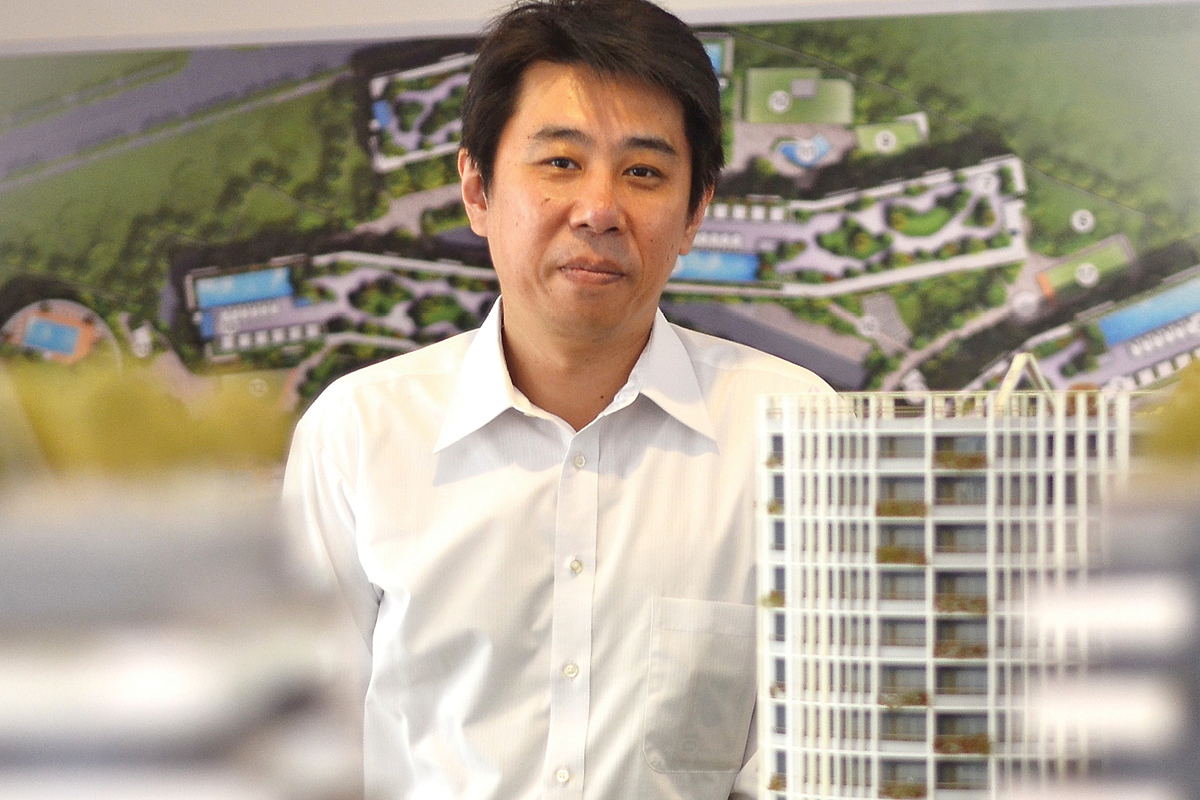 “We’re bringing new, high-quality concepts infused with Japanese flair to the Cambodian market,” says Creed Cambodia’s President Takashi Eguchi. “There’s a saying we have in Japan: ‘God is in the detail.’ It’s hard to put into words what our defining point is. But, when our customers see it, they know it.”

Worldwide, more and more people are flocking to the urban lifestyle. According to a 2015 report from the International Organization for Migration, roughly three million people are moving to cities every week. And, by 2050, it’s predicted the number of people living in cities will almost double to a staggering 6.4 billion, transforming the world into one big global city.

With land prices at a premium and the novelty of a ‘lock-and-leave’ condominium lifestyle, the urban pull is stronger than ever, especially in Cambodia. “Just like what happened in Bangkok and Ho Chi Minh, we’re starting to see an increasing number of Cambodian people, specifically the younger generation, choosing to live in condos because it’s affordable,” Takashi explains.

“They can’t afford landed houses in urban areas anymore because land prices are skyrocketing. But they’d still like to afford a home on their own. So, we’re on a mission to continue providing houses to suit this local population and their lifestyle.”

“We want to expand our business here into more affordable housing. We want to provide a new answer to their problems,” he says. “We want to create a suitable supply for the local people and continue to increase our presence here.” 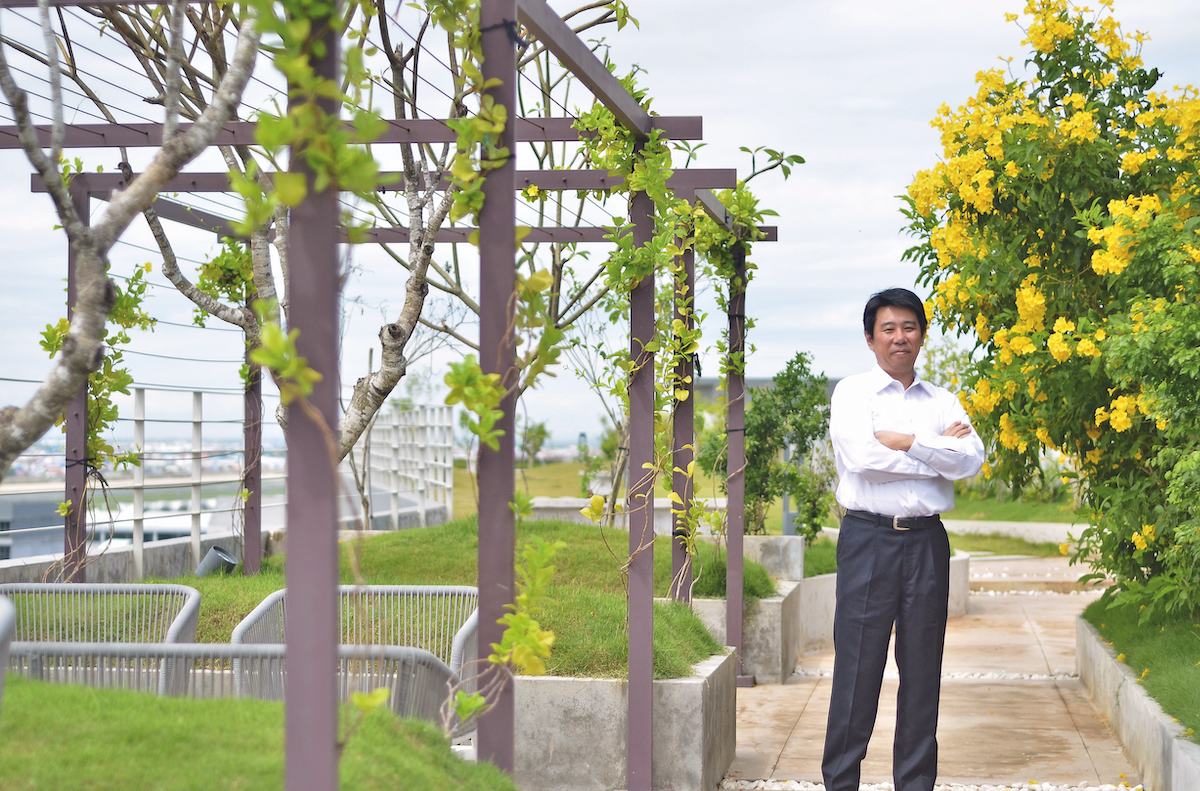 When affordable housing is expensive

However, as Creed increases its presence in the Cambodian market and continues to serve the lower-income bracket, the company is finding that securing land isn’t the problem; securing affordable land is.

“In order to provide local, affordable housing, we have to find a good location at a reasonable price,” he continues. “It’s becoming more and more difficult to do this as everywhere in Cambodia is seeing increasing land prices.”

The cost of hiring a construction crew is also soaring higher. “It’s becoming increasingly challenging for us to keep our quality with a reasonable price for the local customers,” he shares. “But, as we expand, we are finding reputable contractors. So, hopefully, we will continue to cooperate with these good contractors and suppliers and achieve a price the local people still regard as acceptable.”

For Creed, it’s all about beautiful housing crafted exquisitely, yet affordably. And, of course, delivered punctually. Being Japanese, its focus on quality is ingrained in its DNA and, in Cambodia, this high Japanese standard is revered.

“The local people here like and trust the brand of ‘Japanese’. However, if we actually brought materials over from Japan, our houses would not be affordable for most of the locals,” Takashi explains.

“So, we give our customers ‘soft contents’ from Japan, like timely delivery and quality products. Of course, we also try to bring some Japanese concepts into our products as well. One of our projects, Arata Garden Residences, has been inspired by Japanese design. Our customers love it, and it makes us stand out from other developers.”

However, Takashi continues, Creed Cambodia’s goal is not to make something different; instead, the aim is to make a difference. “We believe that it’s not just about making us different from others, it’s also about making the local people happier.”

Even if that ‘happier’ comes years later because the customer’s house is continuing to withstand the test of time. “We spend money in the places nobody can see. It’s quality inside the wall,” he says.

“Sometimes the quality of the foundation and the pipe spaces from other developers is a bit dodgy, but not ours. After five or 10 years, the people in our projects can feel the Japanese quality is there.” 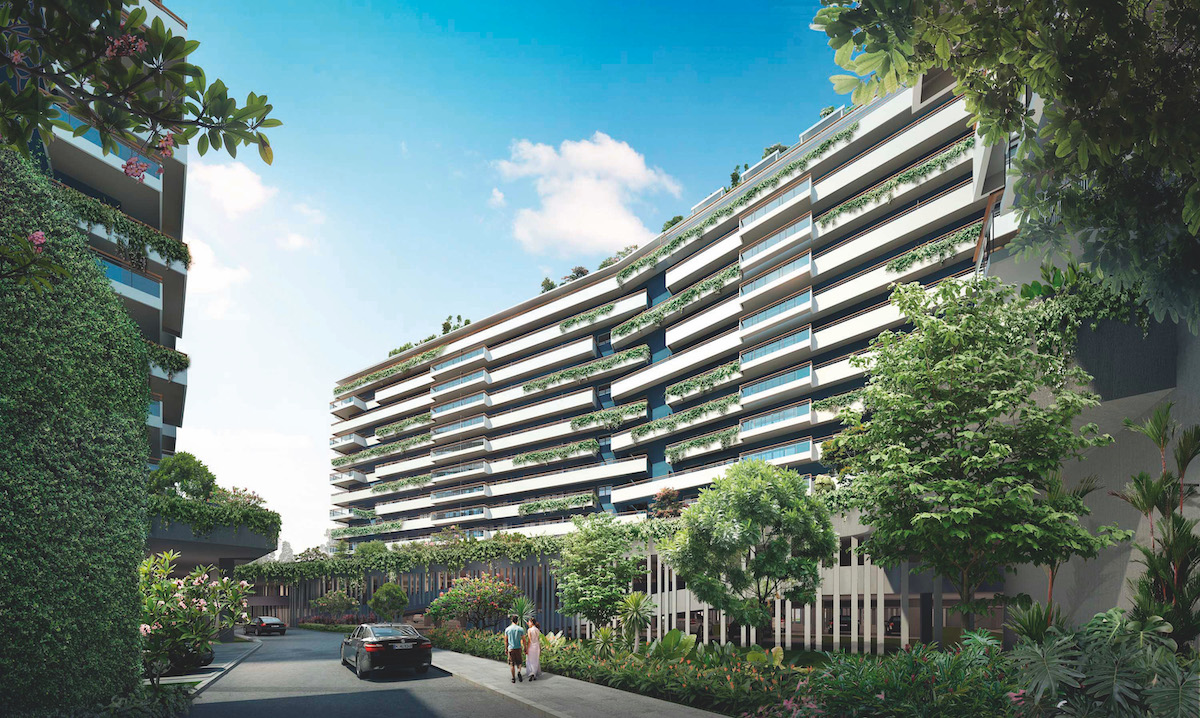 In the still-maturing economy of Cambodia, Creed has had to work overtime to make sure the product it delivers is up to snuff with these stringent Japanese standards. “We educate local contractors to follow the Japanese way of project management,” Takashi explains.

“In Cambodia, contractors are typically behind schedule when delivering projects similar to ours. Even though they may promise a house in two years, the project is often delayed by an extra six to nine months. Whereas, we take a very detailed approach before we hand it over to the contractor.”

Doing so ensures Creed can get the job done – and done right. “We deliver what we promise. We strictly meet our construction deadlines,” Takashi states. “If there’s even the smallest defect when the contractor finishes, we have them go back in and fix it. Then, and only then, will we invite the customers in to see their new home.”

“We believe the Cambodian people should have every opportunity to afford a home.”

However, hiring the right candidates to deliver quality goods is oftentimes a challenge. “Cambodia is still behind compared to other South-East Asian countries with regard to the quality of contractors. So, we educate them to follow the customer’s request and to follow our developer’s requirements, but sometimes they cannot follow our requirements and then just give up,” he says. “Finding a good quality contractor is one of the biggest challenges we’ve faced in the last handful of years.”

In Cambodia, Takashi says the work culture isn’t quite what it is in other countries. “The workers would often come to work late and just play games when they should be working, so we’ve had to train them for our standards,” he shares. “So, the improvement has been challenging for us, but we’re a better team because of it.” 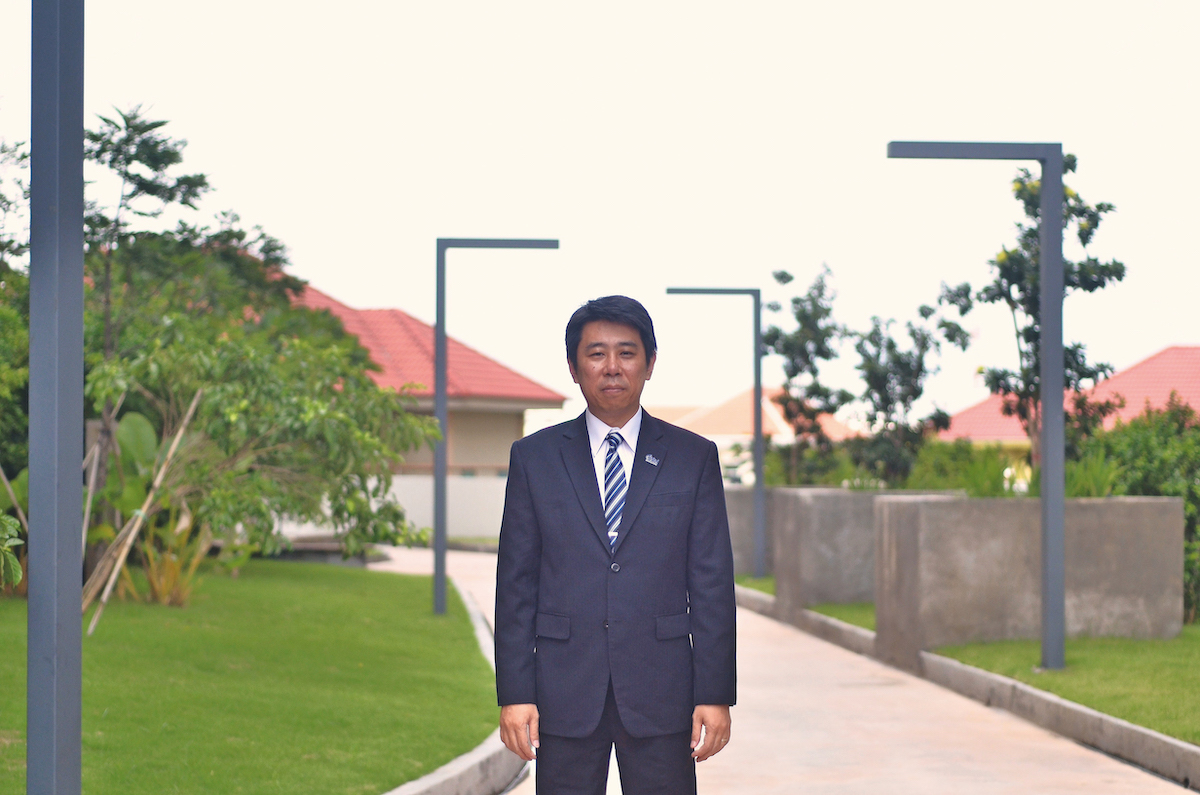 Takashi also credits communication as the key to his team’s success. In Cambodia, he says it’s typical to go through the layers of management to get to the bottom. However, in Japanese culture, it’s acceptable to correspond directly from the top to the bottom.

“I try to communicate with my staff directly. I like to know what they are thinking, and I also like to tell them what we at top management would like to see from them. This direct communication is key so they can understand more and more of what is expected from them.”

Communication also comes in handy when overcoming building challenges. Through collaboration and skillful thinking, Creed Cambodia is able to come up with solutions to finish projects on budget and on time while simultaneously providing beautiful buildings nestled in inviting landscapes.

Takashi says it’s these collaborations and partnerships with companies like SPACElogic, TOTO and C-Herald Property Service that help Creed improve its services and make everything run more smoothly. “As we have built our business from scratch here in Cambodia, collaboration with suppliers has been so important.”

“As we have built our business from scratch here in Cambodia, collaboration with suppliers has been so important.”

When asked about his leadership style, Takashi doesn’t bat an eye before answering. “My leadership style is more freestyle,” he grins. “In the beginning, I am very detailed in the communication with my direct staff who will then lead the department. But, after we speak, they know what to do, so I don’t interfere much. I simply give them authorisation to manage their internal department. Displaying this trust in the relationship motivates my team to work harder, and they’re also happier.”

This freestyle flair has been moulded by many years in the industry, including his 15 years with Creed. In 2016, he accepted the role as President of Creed Cambodia, overseeing the company’s projects in Cambodia. Under his leadership, Creed Cambodia expanded rapidly.

“When I was appointed, we had roughly 50 or so employees in Cambodia,” Takashi says. “We quickly expanded our business to more than double that now with around 130–140 people; mainly Cambodian people. We are also expanding our business field, catapulting us into property management as well.” 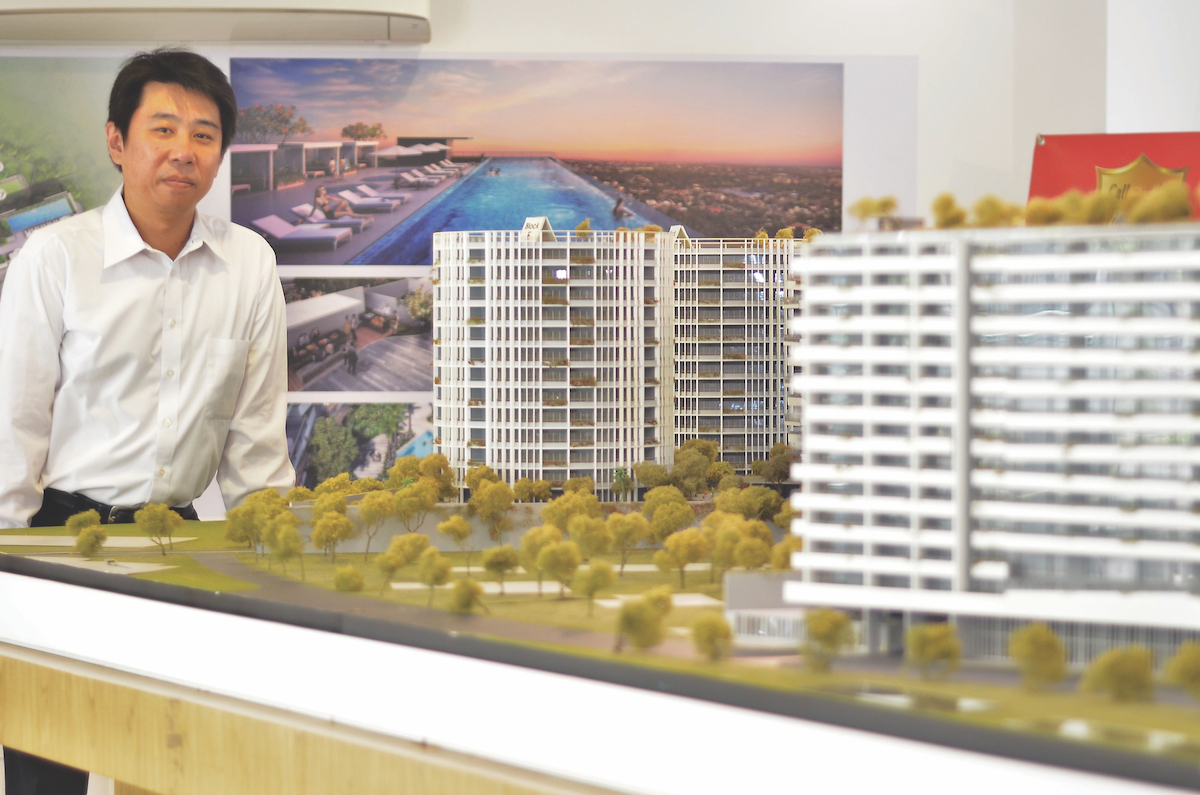 Just as Creed’s contractors and internal staff have had to undergo training, so have the company’s key suppliers. “When our suppliers improve their quality and improve their management styles to fit with our requirements, we’re able to give them work. Through this partnership, we get to know each other well, so we work together again on future projects,” Takashi says.

“There are benefits for them and benefits for us. They get more work and we are able to deliver quality products. We expand our businesses together through these collaborations.”

It’s also been important for this Japanese company to respect the locals while bringing them something different. And, as a multinational company with managers from Japan, Cambodia, Singapore, China and Vietnam leading the team, Creed is more than equipped to do just that.

“Even though we are a Japanese company, we are working on a multinational basis. Of course, we have to adopt our way to the local way, but we can also teach the local people to adopt the international way. We have the experience and the tools to adapt as necessary.”

And, when things don’t necessarily go according to plan, Takashi accepts it as an opportunity to grow and learn. “Of course, we have failed,” he says. “But, from those past failures and mistakes, we have learned. We’ve learned more about what kind of things appeal to our customers and how to maintain our reputation as a Japanese company.”

We believe that it’s not just about making us different from others, it’s also about making the localpeople happier. 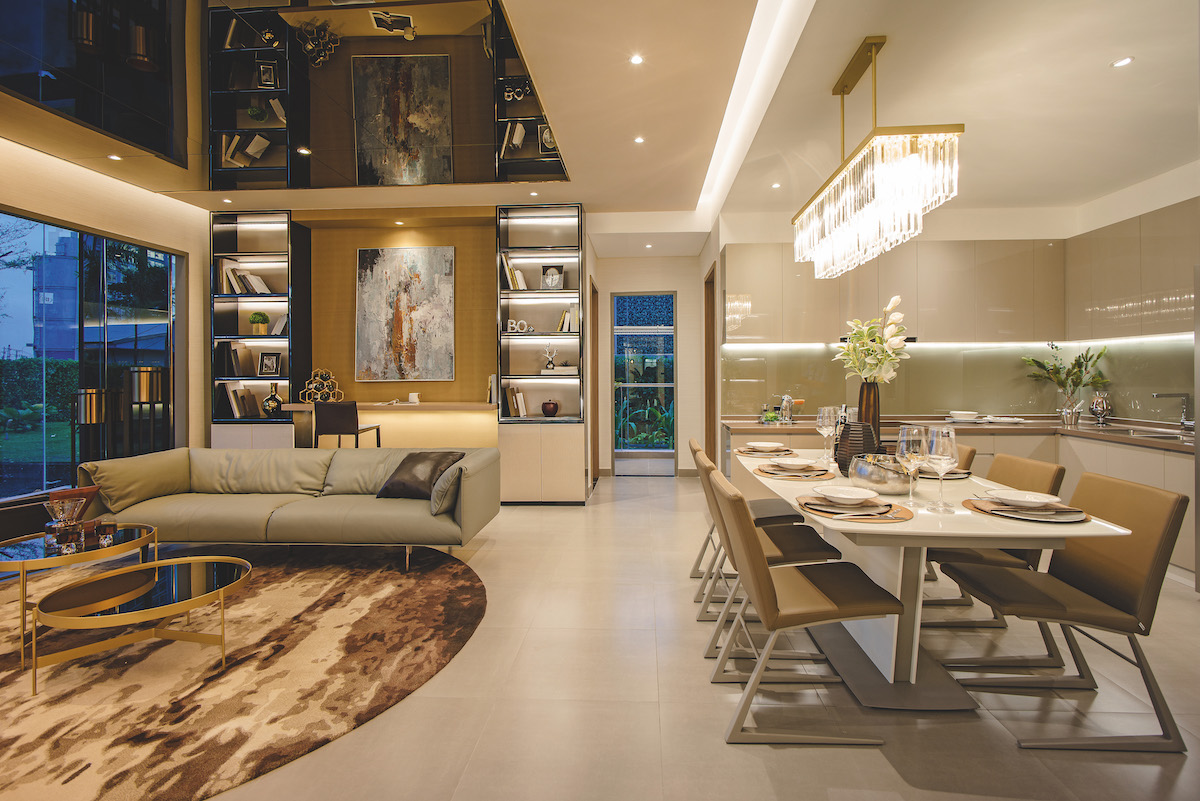 As challenging as it may be at times, Creed is constantly looking for ways to improve the lives of Cambodian locals. “We believe the Cambodian people should have every opportunity to afford a home,” Takashi stresses.

“We are looking to expand our business view, targeting those with a salary around US$500 per month. So, we’ll try to launch our next project, hopefully in the next 12–18 months or earlier, that will create affordable housing for this low-income market.”

In helping the local population, Creed is also guaranteeing its continued success in the difficult housing market of South-East Asia. With Asia’s young and growing demographic, the demand for entry-level housing for the middle-to-low income class is in constant demand. By focusing on this income bracket and meeting their very real demands, Creed has been able to maintain profitability, allowing for a bright future full of potential new projects.

To grow the business even further, Takashi says Creed is considering listing on the Cambodia Securities Exchange. “Doing so will attract more investors from overseas to Cambodia,” he says. “Then we will be able to contribute more to the Cambodian economy through development of houses with affordable price tags and creating something new to enhance the current standard of living.” 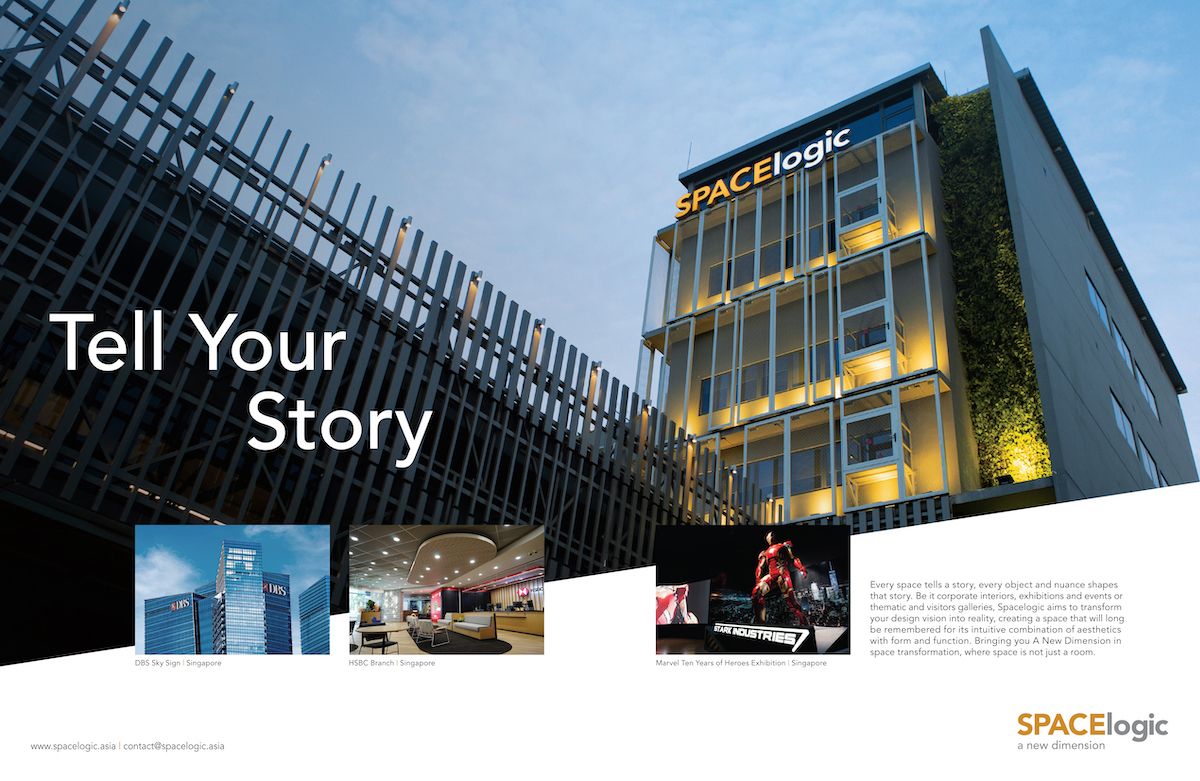 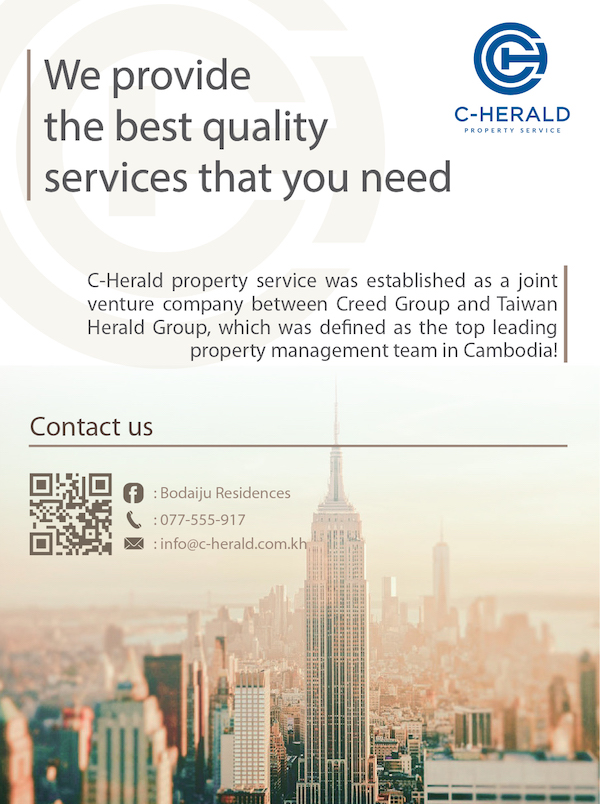 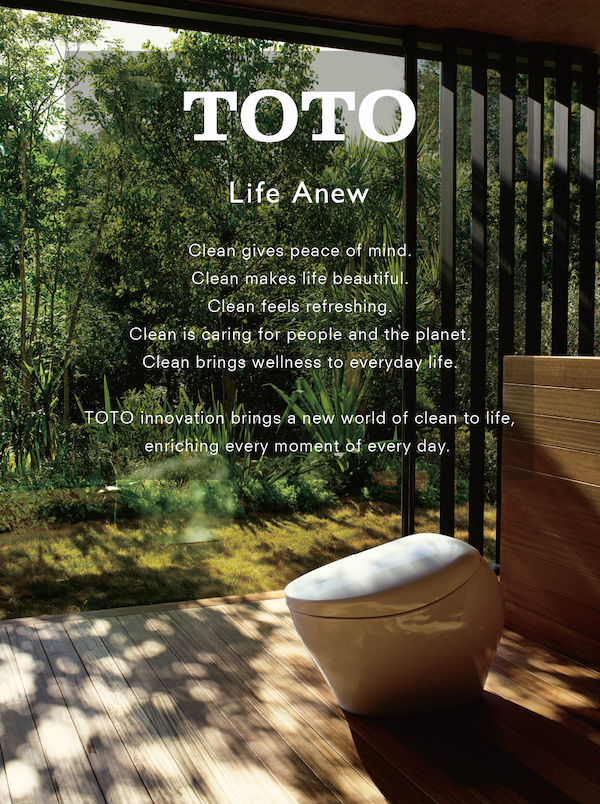