The foundation of success: Moorthy Varadhan 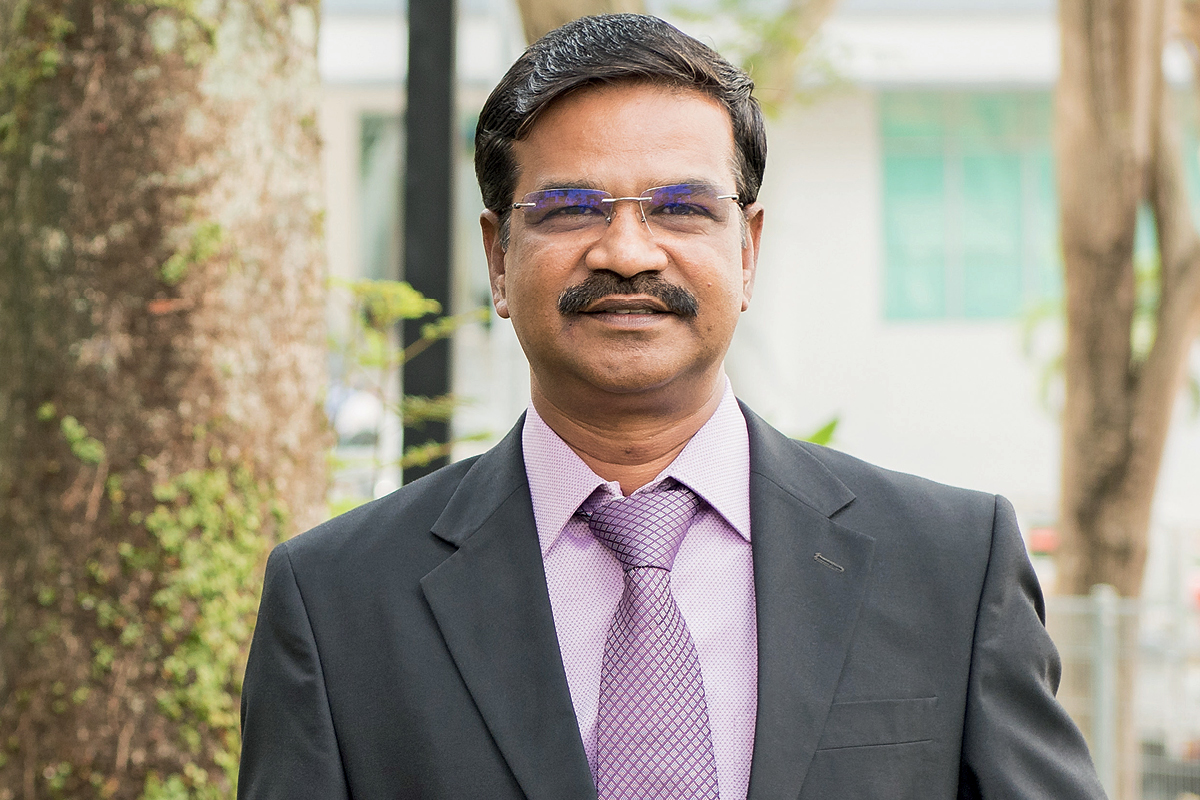 When Moorthy Varadhan was offered the job of General Manager at Swee Hong in 2016, he felt like a “free man”, he tells The CEO Magazine. Having worked in India since the 1980s, he had just finished working on a major metro rail development with Larsen and Toubro (L&T) in September that year and felt he needed a new direction in his career.

Moving to Singapore to take the job, he became Executive Director the following year and, in that role, oversaw an improvement in the company’s credit rating and secured projects worth millions of dollars in the space of six months. 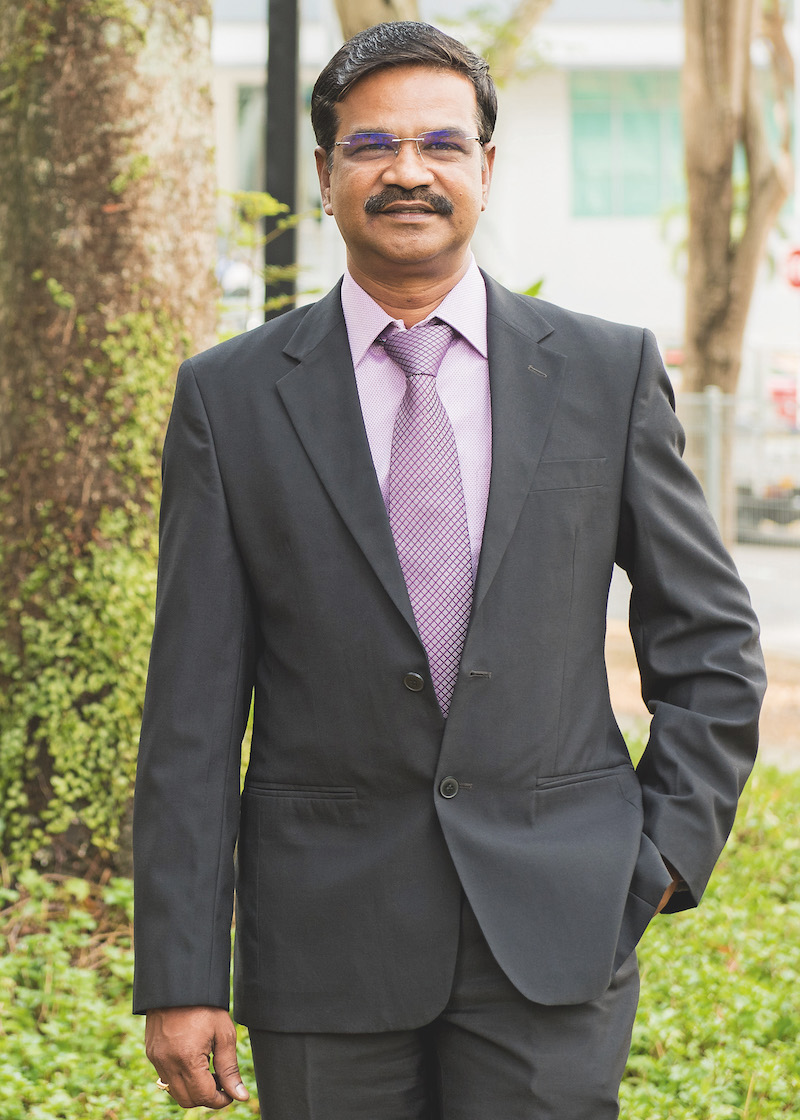 That outcome is to be expected from Moorthy. Throughout his career, he has built his reputation on delivering projects on time and under budget, while being formally recognised with awards from both the British Safety Council and the Royal Society of Prevention of Accidents for the safety standards he has set.

He’s candid about his success, chalking it up to his ability to think clearly and learn from his experiences. “I’ve created a lot of new business value and invested in new technologies during my career,” he says.

“I’ve evolved because I make plans and I’m not extreme. In fact, I encourage people to be calm when confronted by problems and try to find new solutions where possible.”

Moorthy began working in construction in 1985, when he was employed as a trainee engineer at L&T. Juggling full-time study with work, he attended extra classes in his spare time to learn more about “emerging construction technologies”.

A year later, he had become a Chartered Engineer from the Institute of Engineers India and, by 1991, was working as a Senior Engineer on a precast industrial shed project for Tiruppur Exporters’ Association.

It wasn’t long until Moorthy decided he needed to go back to school though and, in 1996, he graduated from the College of Engineering, Guindy, in Chennai.

Returning to the industry as a Resident Engineer at L&T, he went to work on some of the most prestigious building projects in India, including the Gachibowli Hockey Stadium, home of all field hockey games played during the 2003 Afro-Asian games.

That breadth of experience was important when Moorthy became a Project Manager in 2004, overseeing the construction of campuses and car parks for Microsoft.

Moorthy says he’s particularly proud of the work he put into it as the development was highly sought after. He says he secured it because he has “always been attentive to costs and aware of what technologies are needed”, completing construction in five years.

Moorthy would further diversify his experiences in 2011, when he spent three years as a Cluster Project Manager in Mumbai overseeing developments with Omkar Realtors and Developers, DB Realty and L&T Realty.

“In that role, I took a rounded view of construction, maximising profit and looking at business strategies. While engaging with clients, perfecting the customer experience and advising on procurement of machinery, I also handled recruitment and staff administration, and learned that people are the prime movers of organisations.”

Moving from Mumbai to Hyderabad in 2014, Moorthy took on a two-and-a-half-year project with L&T, this time overseeing the construction of the city’s rapid transit system.

Constructing interchanges and concourses, Moorthy says it was one of the largest metro rail developments in a public–private partnership in India, and is proud of having completed it without interrupting the city’s traffic.

“I had to develop new and sustainable building methods to complete the project on time for our clients. Because of that, we managed to coordinate our efforts with stakeholders and ensure that the development was completed on a timeline, on budget and with the right resource allocation.” 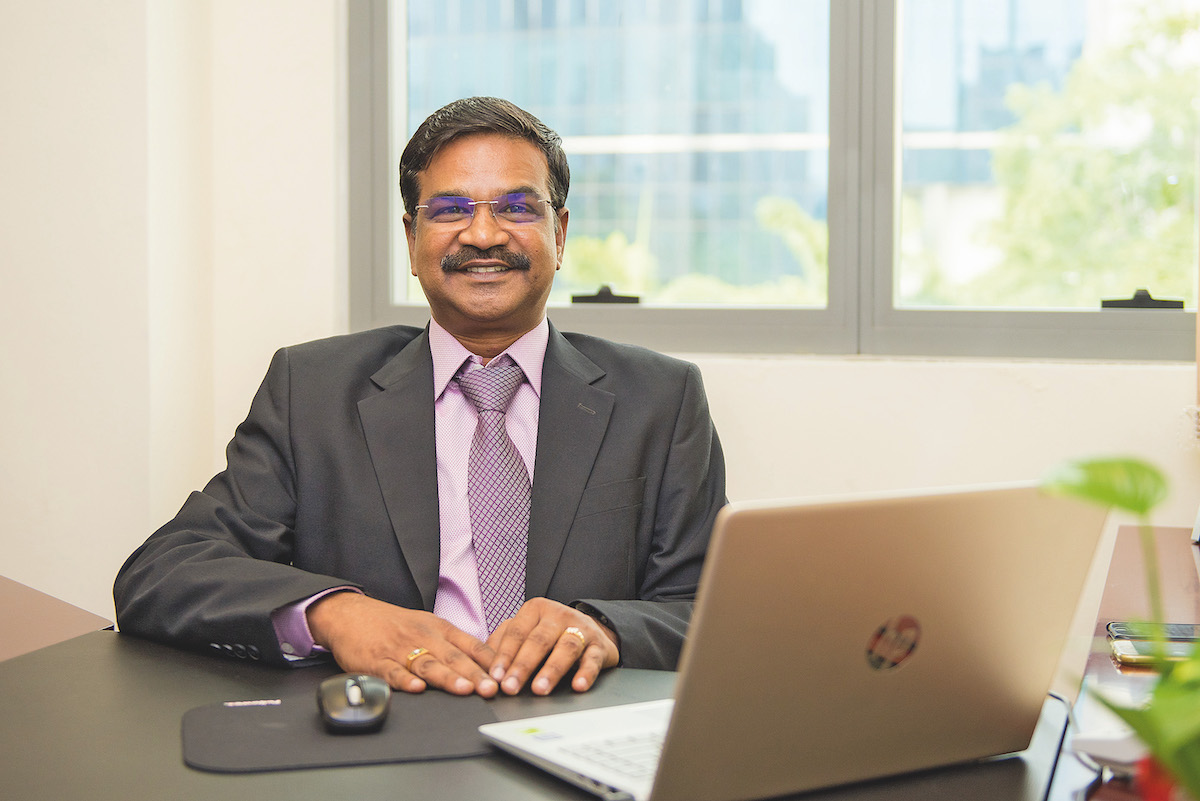 The results of Moorthy’s work were spectacular. Named the Global Engineering Project of the Year in 2013, L&T was recognised at the Global Infrastructure Leadership Forum in New York City for its role in the construction.

Starting operation in 2017, Hyderabad Metro Rail now has about 200,000 commuters a day and services a population that is expected to grow to more than 13 million by 2021.

Despite the pressure of completing a major metropolitan infrastructure development, Moorthy says analysing problems confidently has helped him succeed. “The way I look at it is, just because something is a challenge does not mean it is difficult. I don’t find difficulties, but I find a lot of challenges,” he says.

“Just because something is a challenge does not mean it is difficult.”

“Construction can be challenging, but it can be managed, because new ideas and innovative ways of thinking can fix the problem.”

Moorthy’s sensible and efficient way of thinking has guided his career. Reflecting on his more than three decades in the construction industry, Moorthy says the most important thing he’s learned is how to make the right decision.

“To get to the right position and to be on the right path, you must know that what costs a lot is not always the right decision. You can make that mistake, but it’s important to learn from it; that way, you’ve not suffered, because you’ve learned a lesson.”

Founded in 1962, Swee Hong’s range of infrastructure construction services aim to deliver “First World cities for First World living”. Here are some of its most notable projects.

The proposed works, valued at S$17.8 million (US$13 million), involve the laying of approximately 2.7km of 2,400mm-diameter sewers and the construction of manholes along Yishun Central, Yishun Ave 5 and Sembawang Road, and temporary structures such as access and working shafts, including all ancillaries and miscellaneous work.

An eco-friendly building conceptualised as an extension of the Singapore Botanic Gardens’ Heritage Museum, the CDL Green Gallery incorporates solar panels, a hemp core and lime binders to ensure energy efficiency. Completed in 15 months, Swee Hong contributed project management and installation of prefabricated and modular building structures to the development.

Next to Singapore’s Marina Reservoir, Bay East Garden is one of three distinctive waterfront gardens that make up Singapore’s Gardens by the Bay – a nature park spanning more than 100 hectares of reclaimed land. The Gardens incorporate elements of sustainability and serve as a major tourist attraction. 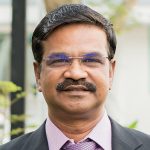