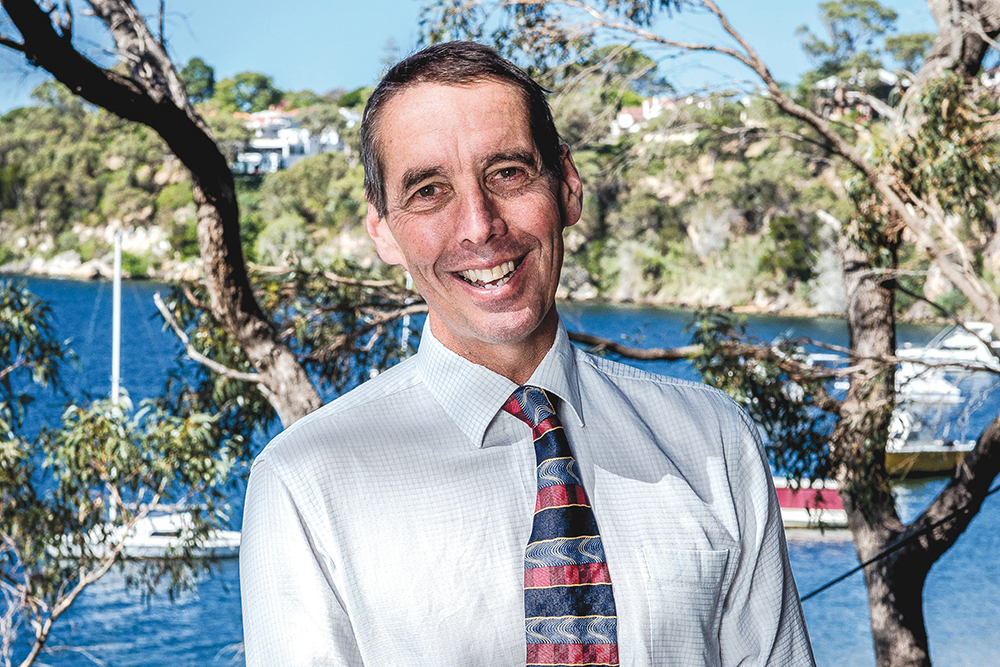 Alan Jones remembers choking up when more than 1,000 boys rose as one to their feet and cheered. The noise was deafening in the Christ Church Grammar School (CCGS) chapel, but the school’s Principal did nothing to quell it. House of God or not.

The thunderous applause was for one of their own, a boy who attends the Peter Moyes Centre (PMC), which caters to CCGS boys with learning challenges. “He was receiving a medal for swimming and when I presented it, he came up and hugged me,” Alan remembers.

“I wasn’t quite sure what to do, but the boys knew. They got to their feet applauding and cheering, lifting the roof off the chapel. It was incredible. You’ve got to choke up with those moments.” The scene demonstrates perfectly how diversity is celebrated in the 110-year-old school in Claremont.

There are 14 boys on indigenous scholarships, more than 100 boarders from overseas or regional areas, and nestled in the heart of the Preparatory and Senior Schools is the PMC, offering boys with learning challenges, such as Down’s Syndrome or autism, a Curriculum Differentiation Plan, which nurtures independence and confidence, and sets goals for skills development.

“They are a significant part of the school and community, and are inspirational in all that they do and achieve. They are key to what makes this school so unique and special.”

Founded in 1910, CCGS employs 340 teachers to educate its 1,700 boys from pre-kindergarten through to Year 12. Alan joined the school in 2016 after serving as Deputy Head at The Hutchins School in Hobart and holding senior roles at Mentone Girls’ Grammar, Haileybury and Huntingtower in Melbourne.

It’s obvious Alan is very motivated. Finishing his schooling in South Africa, he played hockey and cricket at state level, completed Iron Man competitions and has run more than 100 marathons. However, despite his personal impetus, he believes boys need strong encouragement to achieve their best.

“They’re not compliant learners, you have to motivate them,” he reflects. “I loved my school in South Africa, but you had to be a good sportsman to be recognised. Here at Christ Church, we celebrate everything equally – it’s a school that does boys’ schooling well.

“We’re very academic, but not every boy needs to get an A+. Apart from the 40 different subjects we offer, we have every co-curricular activity under the sun, including drama, cadets, art, informatics, debating, publishing and mock trials.”

And then there are the girls, an extracurricular interest Alan regards as a vital factor in the education of boys. Next door to CCGS, separated by a fence, is Methodist Ladies’ College (MLC) while CCGS’ sister school St Hilda’s is just a couple of kilometres down the road.

Alan has cultivated close relationships with both of the schools, which included pulling down the fence surrounding the CCGS pool and co-funding with MLC to build another to encompass a co-ed aquatic precinct. Alan has also initiated Crossing the Fence, where Year 11 and Year 12 students from both campuses share classes.

You don’t automatically assume command because you’ve got a title, you have to earn the community’s respect.

“Girls are one of the most important things in a boys’ education,” he says. “I don’t want any boy leaving this school who doesn’t know how to respect and interact with females. Half of our school’s board and our teaching staff are female, and I spend a lot of time with the two principals of the girls’ schools planning musicals, camps and excursions.”

Alan doesn’t want any boy to leave CCGS without the skills to be self-sufficient either. At different points throughout their education, they’ll experience a rite of passage, rituals ranging from camping together to ringing the school bell on their first and last days.

There’s also The Making of Men – Year 9 Program, which is aimed at instilling a strong sense of identity and belonging into the boys, and includes another initiative from Alan dubbed the On Queenslea Drive Program.

Named after the street where the school is located, it requires every Year 9 boy to board at the school for three weeks, when they’ll attend regular classes during the day and be taught life skills after dinner. 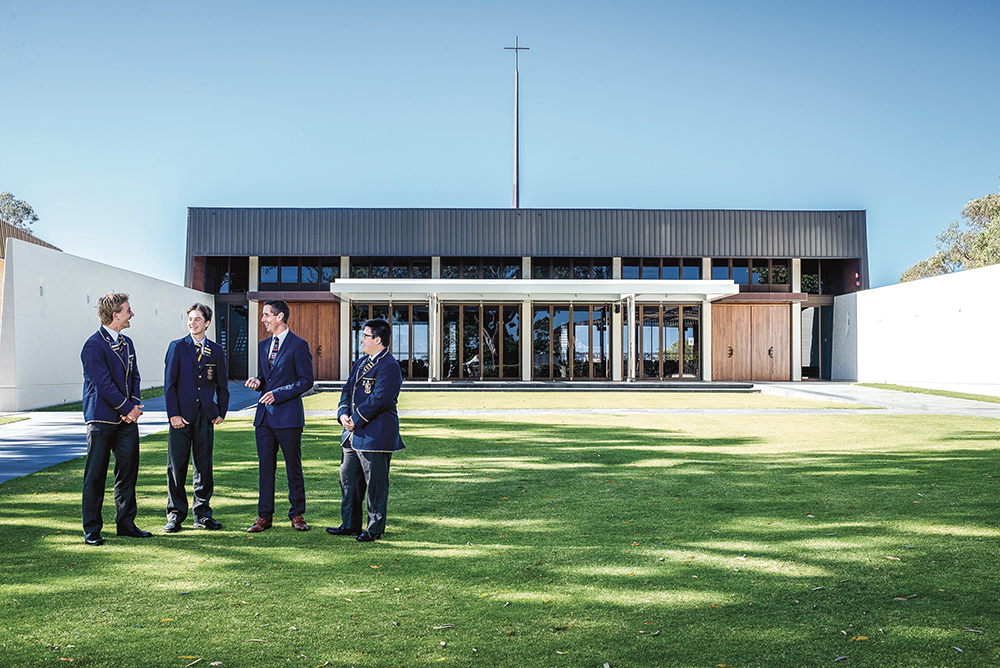 “They have to wash and iron their own clothes and cook their own meals, and we chop their buttons off so they have to sew them back on,” Alan explains. “Mums and dads are also invited to stay on separate weekends, to provide that village connection where everyone has to work together to raise these boys.

“This year, we’re also introducing the Little Queenslea Drive Program for Year 4 boys, who will spend two days boarding and focusing on building relationships, resilience and skills. And in Year 10, the boys take part in an 11-day journey through the bushland and coastal settings of D’Entrecasteaux and Walpole-Nornalup National Park.”

Alan says his biggest challenge joining CCGS was engaging the various sectors that make up the school’s community. Aside from the students, he has to build relationships with their parents, the board, his staff and the old boys who protect the culture and traditions of the school.

“You don’t automatically assume command because you’ve got a title, you have to earn the community’s respect and you’ve got to work pretty hard at that,” he reveals.

“Tradition is very important. Boys need symbols and conventions that they can relate to. But we’re not tied to the past. For example, we’ve just built a prep school that has an innovation centre with cutting-edge IT. We are a very restless school, always wanting to move forward.”

Describing CGGS’s pace as frenetic, it’s not unusual to see Alan keeping pace at 5am in a tinnie watching the boys row, or at 8pm after wrapping up the day with a debate. His support for his school is relentless, his enthusiasm infectious. It’s an energy that radiates and one he encourages his boys to snatch up and generate.