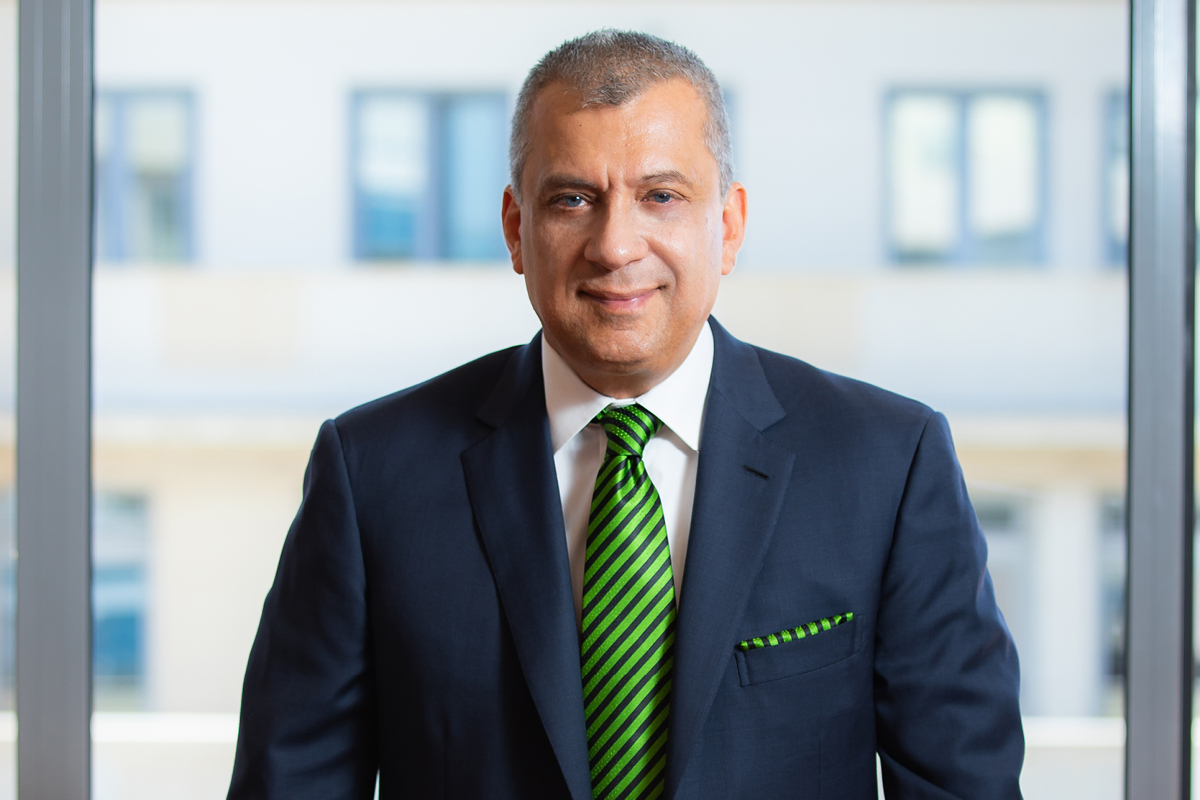 Between 1987 and 1992, Byron Nicolaides found himself in an enviable position. “I became very successful and financially secure in a very short time,” he confesses. Unlike most people, however, he did not enjoy this position of privilege.

“I had more money than I needed or deserved and more than I could manage,” he says. The main ‘culprit’ behind this ‘problem’ was his high-profile career as the Vice President International of Merrill Lynch, so there was only one thing to do: Byron quit his job.

A stint in the shipping industry followed, which he quickly cut short because he “realised it was, again, only about the money”. When Byron finally founded PeopleCert, a professional training and certification company in 2000, it felt as if he had finally found his destiny. “As the child of two teachers, I have always wanted to do something useful for society,” he says.

“At the centre of every business is a ‘why’ – why we do what we do. The value of every certificate that we issue is more than just the cost of the course. It also includes the impact it has on the life of the holder of the certificate. When I think about my legacy, I want to be remembered as the person who has enabled many people to maximise their potential.”

Today, PeopleCert touts itself as a global organisation, having helped certify more than five million professionals in more than 200 countries through recognised courses in IT governance and service management, digital marketing, business transformation, cybersecurity and resilience, and more.

It counts big names, including Microsoft, as partners, with Byron revealing that the collaboration with the technological giant is one that has lasted 20 years. The company’s revenue has increased steadily by an average of 40% annually for the past five years.

About 20% of this usually comes from organic growth, while the other 20% comes from government contracts. Byron admits that business has slowed down this year due to the COVID-19 pandemic, but remains optimistic about the business’s ability to bounce back after the situation has stabilised.

“The world is changing and with globalisation, education systems are changing too,” he points out. “When I was in school, people spent many years in university learning a lot of things that they rarely ended up using. I call this the ‘just-in-case’ principle.

PeopleCert’s exams are delivered in 25 languages. The company has worked with 2,000 training organisations, 50,000 companies and 800 government departments to help upgrade workforces.

“We have since evolved into ‘just-in-time’ education. Whatever we need to know, we can easily find information about today. Instead of spending three or four years at university, people are gaining knowledge through nano degrees or professional certifications as they encounter new requirements in their jobs. These could take three to six months, or one to two weeks. Shorter, focused programs that lead immediately to tangible results are a trend now and will continue gaining popularity, especially with the advances of technology and online courses.” 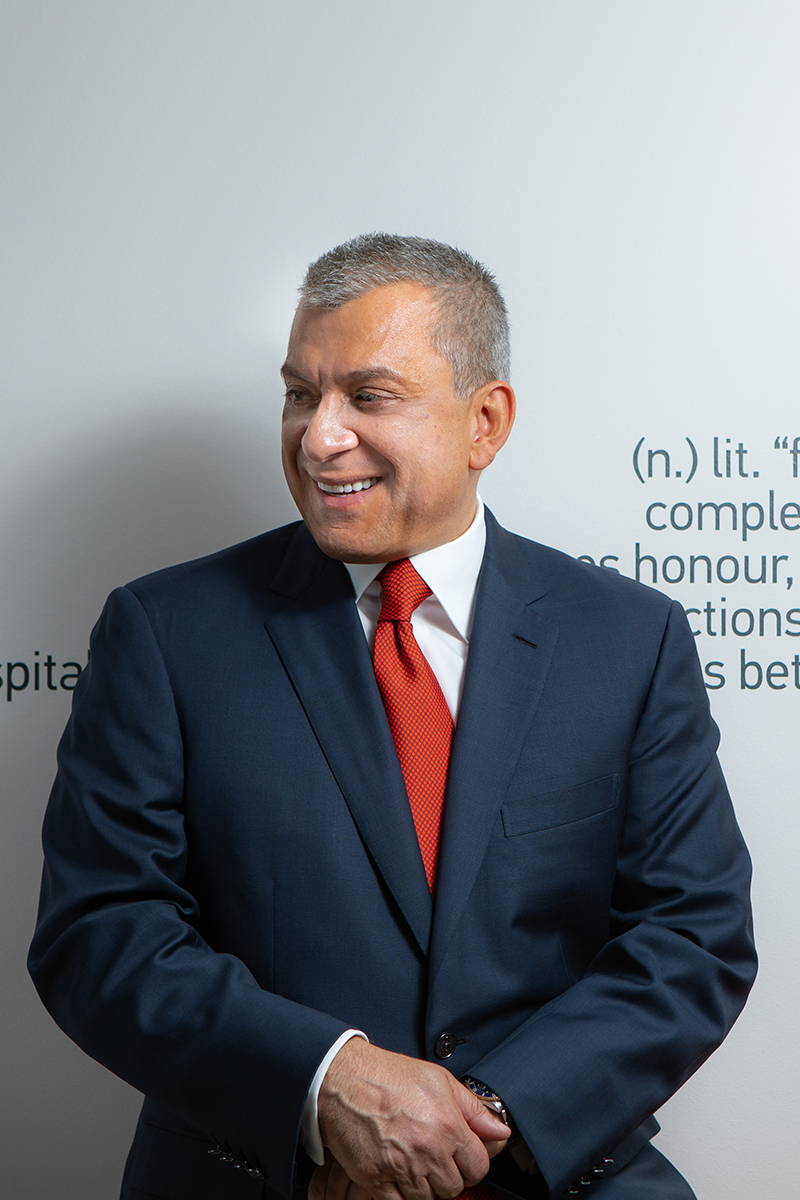 Increased digitalisation is also why Byron believes that unexpected challenges such as the COVID-19 pandemic may not be as detrimental to his business as some may expect.

“Today’s professional training is usually a blend of classroom learning and e-learning. The former may suffer when we are in the grip of a difficult situation, but I predict that the latter will see a surge very soon.”

This year’s slowdown isn’t the first one that Byron has experienced since founding PeopleCert, which is why he is confident that he has the experience to help the company pull through. “When the Greek debt crisis hit in 2009, I saw business go down by 92%,” he recalls.

The company was then still offering its services only within Greece. “I was faced with a dilemma – either let the company shrink and become very small, or become a global player and move outside of Greece.”

Despite reservations from his management team, Byron chose the latter option. “It took one-and-a-half years before we saw results and knew that we had made the right decision,” he recalls.

It’s these challenging times that have taught Byron the biggest lessons in his entrepreneurial journey. “I think it’s important to manage failures. If we never learn to manage our failures, we will not be able to manage our successes. Never be disappointed when faced with failures. Try, try and try again until success is achieved.” 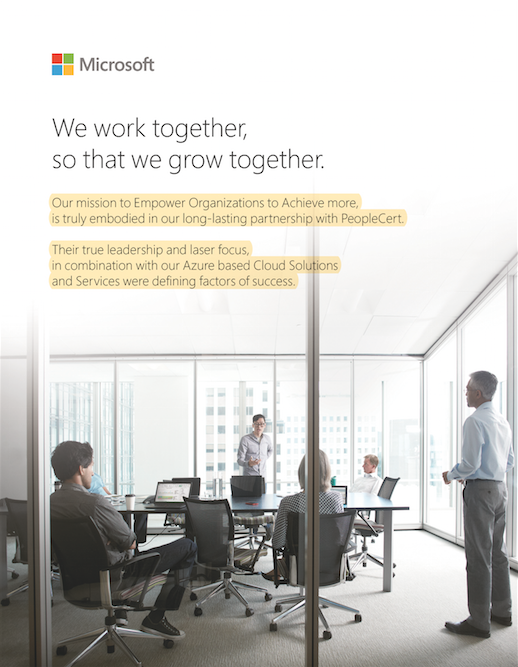