“My major initiatives have been completed.”: Cynthia Jackson-Hammond 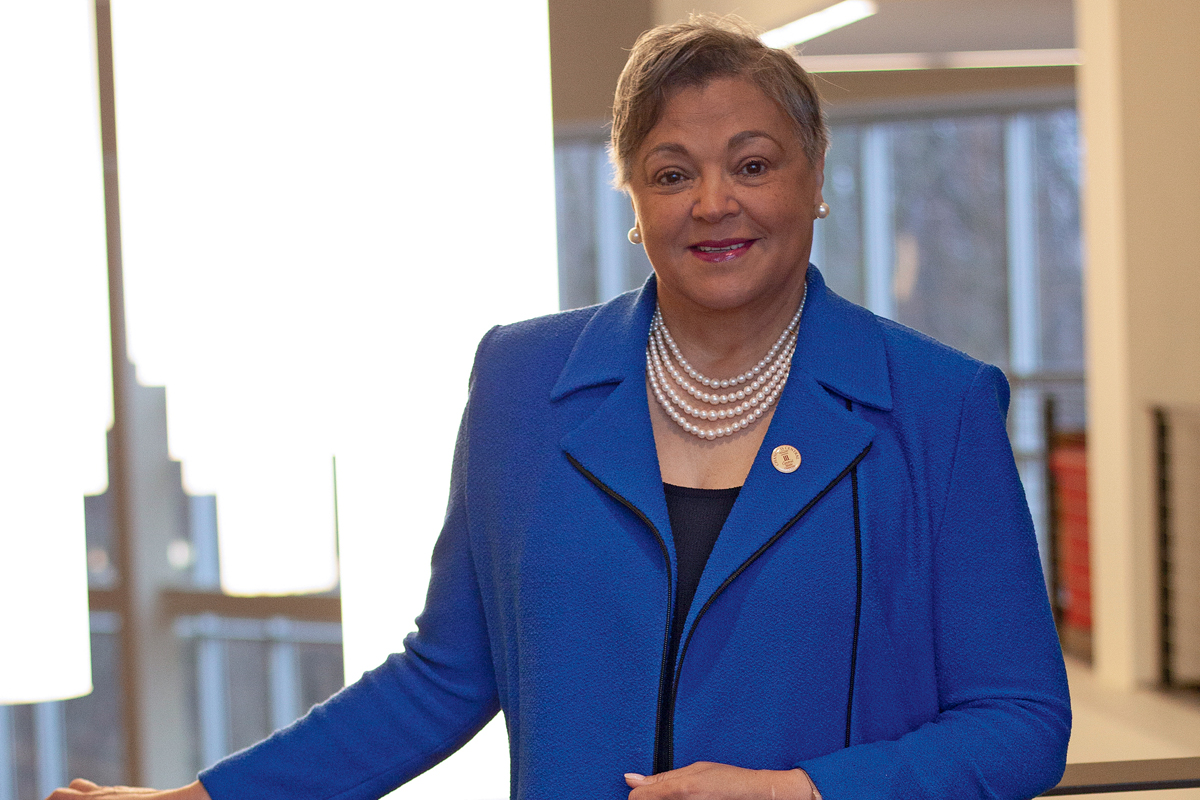 A lifelong ambition is coming to an end. Cynthia Jackson-Hammond can look back on a long career of achievement in academe, but it’s her last eight years that may well be best remembered for their lasting impact. She was for that period the President of Central State University (CSU) in Ohio, but retirement now calls to pursue her other great interests.

“I’ve been in higher education for nearly 40 years,” Cynthia tells The CEO Magazine. “I’ve touched just about every level of responsibility in my career; in my time, I’ve gone from faculty member to a Program Director, Department Chair, Dean, Provost and then President.”

Cynthia’s tenure at CSU began in 2012, a turbulent time for the university. It was in economic straits, and firm measures had to be taken to rein it in. Her ‘tough economic love’ approach was controversial, but proved to be effective in overcoming those problems.

“In Ohio, there is a financial term called fiscal watch, where your debt exceeds your revenue. When I came in, we were already there because of the benefits we gave to first-generation students by allowing them to graduate owning a college debt. It was about absorbing the historical debt of students. That was really a wake-up call for the university, but we were able to get off fiscal watch in less than three years.”

Back then, CSU had a deserved reputation for cultural diversity and acceptance. With so much campus unrest during the civil rights movement in the 60s and 70s, many college students left their campuses to join the movement, leading in many cases to their suspension. Central State University opened its doors to them, and it flourished as a beacon of social justice in troubled times.

“We saw students from the Deep South and the east coast coming to Central State because they were abandoned by their institution and looking for a new home. They came here because this was a safe passage and our campus believed in the civil rights movement. It helped the campus to grow politically, socially and educationally. At that time, the sixth president recruited a lot of international students, so we had an international melting pot converging with national students. It became an exciting place not only for African–American students, but also for white students as well,” Cynthia explains.

In keeping with its charter, CSU pursues a program of building lasting relationships with its neighbors, local communities and organizations. The result of that era is greater access to education for many students who may not have considered it, and reciprocal agreements and social cohesion.

In 2014, CSU was designated an 1890 Land-Grant Institution, with a charge to drive critical teaching and learning, conduct research and provide extension services to Ohio counties.

“Over the years, we have forged local, regional and state partnerships, which have been of great benefit. We are in a very small community – we are not surrounded by big companies and big industry – and for a long time we were our own island. As we looked to the future, we realized that we needed to be not just an institution educating those who came, but also an innovative change agent in the communities we served. We reached out to chambers of commerce, local cities and surrounding communities. With the onset of technology, we realized that our location didn’t have to be a hindrance because technology allows us to touch communities that we may never see, but are still partners with us,” says Cynthia.

“I tend to be more focused on working to get things done as soon as possible because tomorrow’s not promised to anybody.” 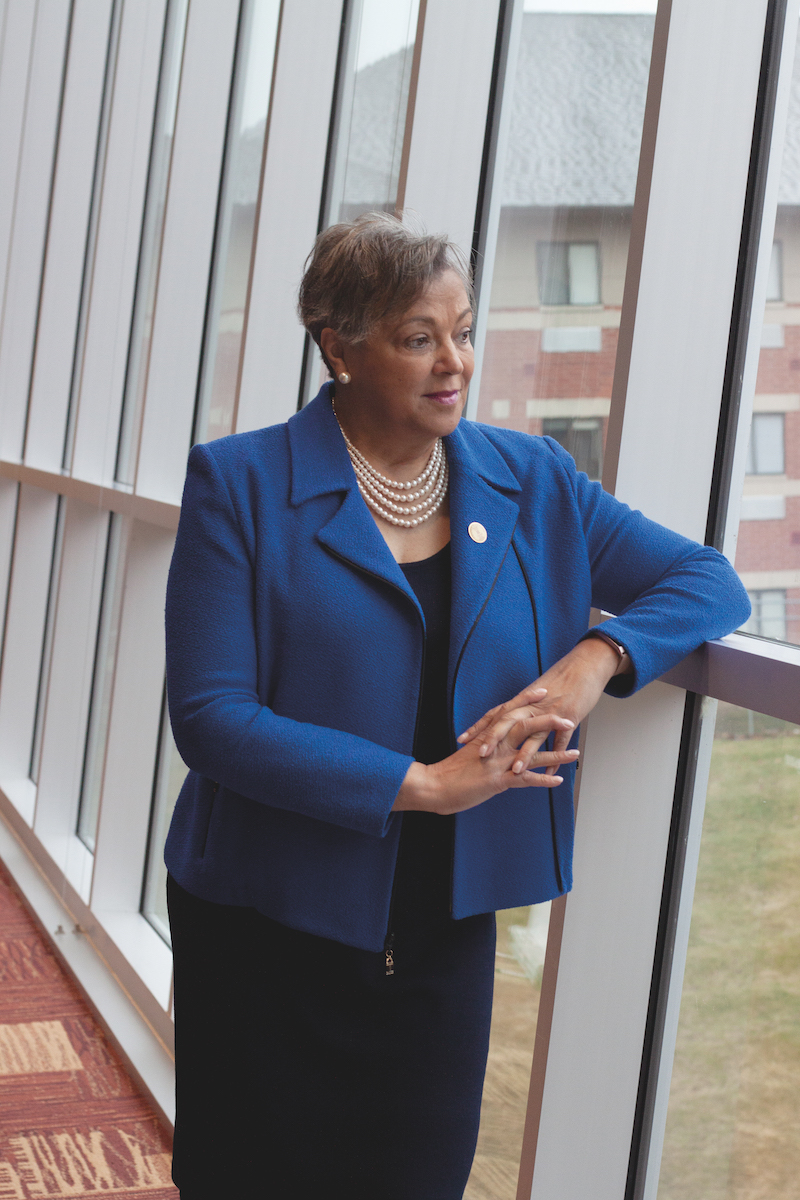 One such partnership is with the American Federation of Labor and Congress of Industrial Organizations (AFL-CIO), consisting of 55 national and international unions that represent over 12.5 million active and retired workers.

“Those students may never touch this campus, but they are going to be graduates of Central State University and they will go into their communities and be change agents. I think our strength is our ability to reach out to those in our backyard, and to those abroad.”

Cynthia is retiring at the end of the 2019–20 academic year, sticking to her original timetable for improvement and change. It’s a timetable that has served her, and particularly CSU, well. “I’m the eighth president, and the first female president,” she points out.

“When I came, I told the board that I only wanted to serve eight years. I put that time limit on myself so I could move quickly to get things done. I think that sometimes, when people know they have an indeterminate amount of time, they take their time. I tend to be more focused on working to get things done as soon as possible because tomorrow’s not promised to anybody. I had a time line of what I wanted to do each year and how I was going to accomplish that. For the most part, my major initiatives have been completed, so I think it’s time to go.

“I hope people will think of me as a risk-taker for the good of the institution, laying a very strong foundation and setting courses for whatever needs to come.”

“My first priority was to continue to elevate the academic standards of the university. We did that through quality assurances of our programs, which led to our receiving five new national program accreditations. Second, I wanted to stabilize its financial solvency. We’ve done that, and we have a trajectory that is very positive. It’s a struggle because you always want to do more and more. But I am leaving the institution on very solid ground.

“Third, I wanted to build a community of service. It’s our greatest achievement – from a cultural point of view, the faculty, staff and administration have all coalesced around a unified mission and vision.”

That’s a proud record of achievement, and one realized through bold initiatives driven by Cynthia’s self-imposed tight agenda.

“I hope people will think of me as a risk-taker for the good of the institution, laying a very strong foundation and setting courses for whatever needs to come. CSU now has the tools to do whatever the new leadership wants to do, the foundation is solid, and all they have to do is continue to grow,” she says.

“From time to time, anybody who has been in higher education needs to step back a little, reassess and establish new priorities.”

So where to now for Cynthia Jackson-Hammond? Curiously, for one who thrives on finely tuned professional schedules, she has not mapped out a definite plan for herself. Perhaps the indeterminate nature of her immediate future is
a welcome counterpoint to her strict working life regimen.

“I don’t have any immediate plans. I’ve been requested to do some consultancy, but I haven’t committed to it. From time to time, anybody who has been in higher education needs to step back a little, reassess and establish new priorities.”

Those priorities will definitely include travel, she says, and the pleasure she derives from recording it. “I love to travel. I’ve had the fortune to travel to about 10 or 11 different countries. My eldest son and his family live abroad and I’m sure we will be spending some time with them. And I’ll keep my blog – my journal of my travels, my experiences and the people I meet.” 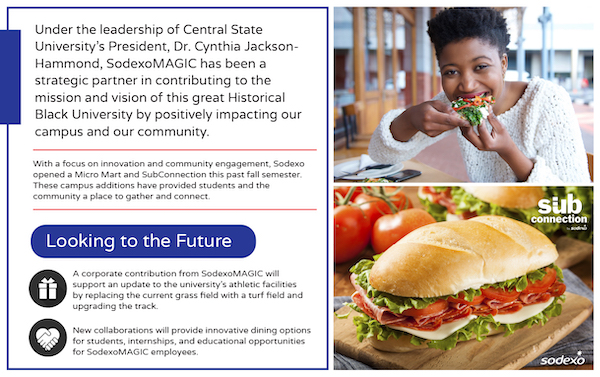