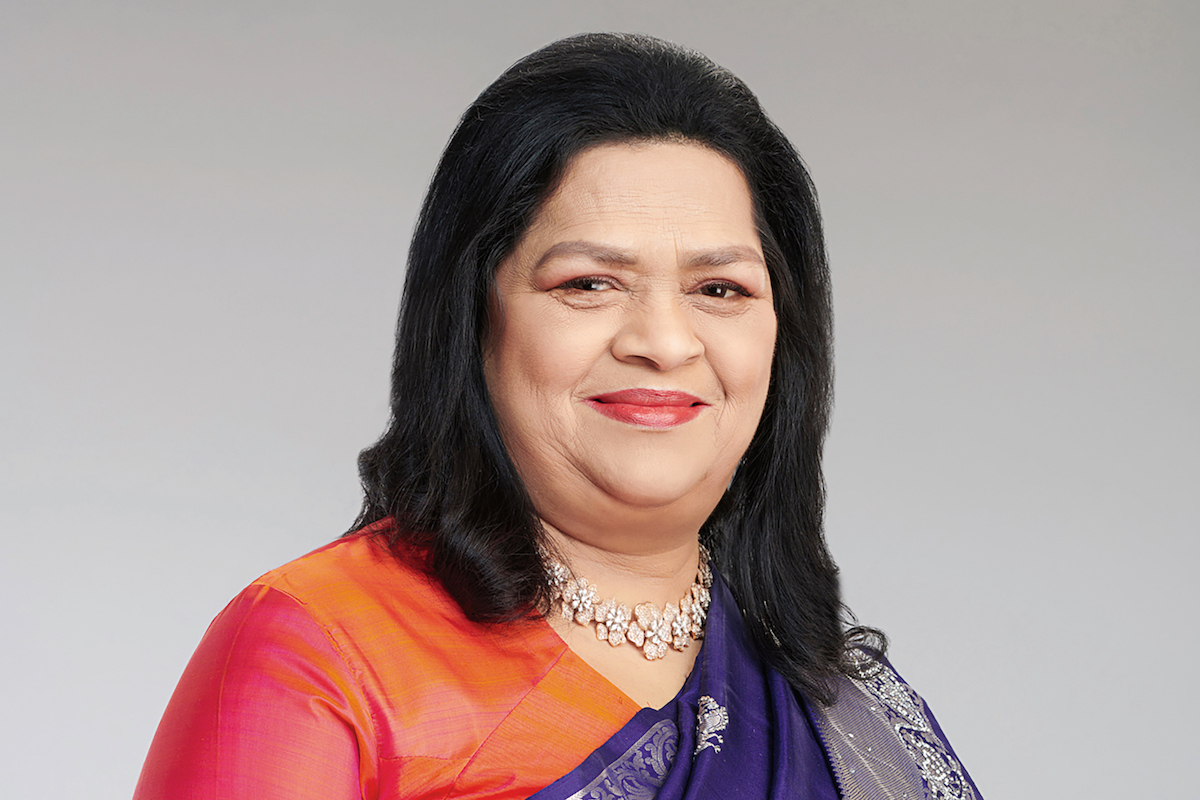 Dr Augustine Francis Pinto discovered his love for teaching while working at a school in the suburbs of Mumbai in the 1970s. The school’s founder recruited students by riding from house to house in deprived areas in a bullock cart to encourage parents to send their children to classes. The dedication of his boss, who started out with a single room and 12 students, inspired Dr Augustine to take a similar path.

His wife, Dr Grace Pinto, whom he met and married in 1974, was equally passionate about education, having spent her career teaching science and maths. Two years after they married, the couple founded their own school.

The couple persevered through a rocky start, travelling the length and breadth of India opening schools initially as St. Xavier’s Group of Schools. Eventually, these would become the Ryan International Group of Institutions, one of the best-known private school operators in the country.

“We went all over the nation,” says Dr Grace, who is the Group’s Managing Director. “Dr Pinto’s vision was to provide affordable, quality education to children around India, even the most remote parts. Wherever we went, we had overwhelming support from the stakeholders – the parents, the teachers, local communities – who trusted us to educate their children.”

The Group is considered one of India’s largest privately owned group of schools offering a K–12 curriculum through state, national and international boards. It has 18,000 faculty members in schools across 18 states and 40 cities. More than 20,000 children pass through Ryan Group schools yearly.

“We have been serving the needs of the nation by nurturing lifelong learners and responsible citizens,” Dr Grace says. “Technology integration, teacher training and holistic pedagogy have helped us remain ahead of the curve.”

Ryan Group schools are committed to providing intellectual, emotional, physical, social and spiritual development for every child to enable them to become global and humane citizens, Dr Grace explains.

We have been serving the needs of the nation by nurturing lifelong learners and responsible citizens.

“Integrity, responsibility, compassion, respect, hard work and discipline are interwoven in the pedagogy, ethos and culture of schools within the organisation,” she says. The Group’s schools follow what it calls the KASSM approach, meaning the pursuit of knowledge, attitude, skills, social and moral values.

“Along with the construction of knowledge and fostering of relevant attitudes and life skills, we also seek to develop social and spiritual values. This sets the context for all of our practices,” Dr Grace shares.

“Our motto is ‘Excellence in education and all-round development’, and we are committed to deliver holistic education through the integration of academics and cocurricular activities as well as offering learning opportunities in a range of contexts that go beyond the classroom.” This was a factor that set the Ryan Group apart during the COVID-19 pandemic, she adds. 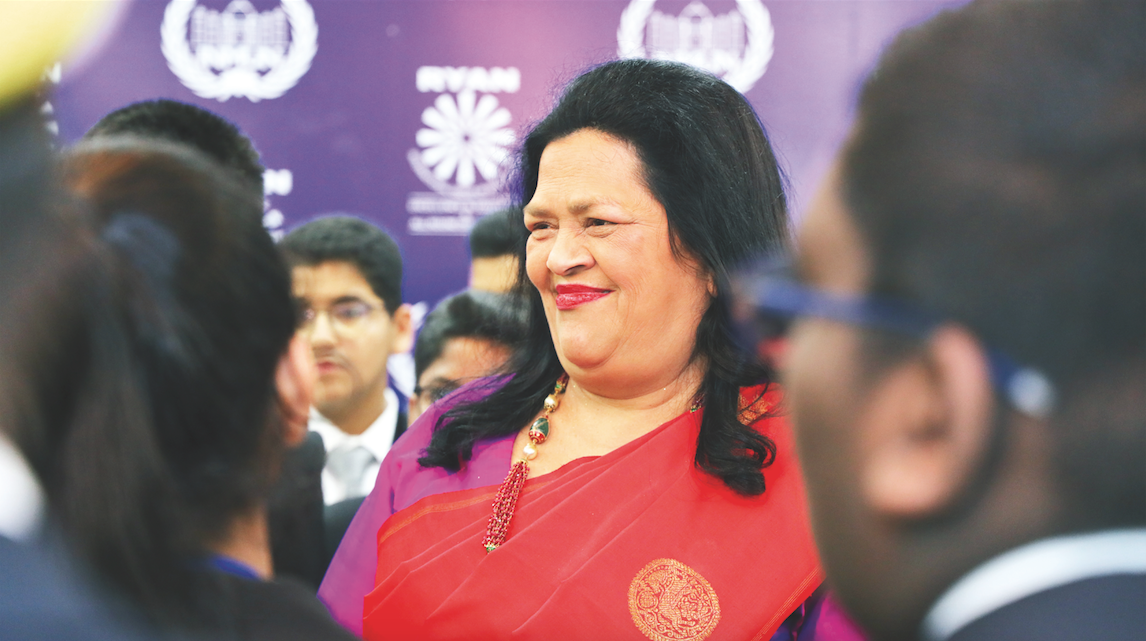 “The students were provided learning opportunities both online and offline consistently across different socioeconomic backgrounds.” Opportunities for holistic development and growth are embedded in the Ryan Group learning process, Dr Grace reveals.

“Through our student exchange and study abroad programs, we offer our pupils an opportunity to become confident global citizen leaders. They are encouraged to develop a global perspective, 21st century skills and a lasting passion for learning in order to be prepared and relevant in the changing world.”

Ryan Group’s growth plans within India involve expanding in smaller cities with between 20,000 and 100,000 residents, referred to as Tier-2 and Tier-3 cities. At the same time, the Group will consolidate its presence in larger Tier-1 cities and continue to expand in the UAE. The Ryan Group’s use of digital learning has rapidly accelerated amid the COVID-19 pandemic, and Dr Grace believes the new technologies are here to stay.

Through our student exchange and study abroad programs, we offer our pupils an opportunity to become confident global citizen leaders.

“We would like to leverage technology in offering quality education to inaccessible parts of India,” she says. “We will continue to focus on ensuring that children are engaged in an immersive learning experience.”

Dr Grace believes hybrid learning with face-to-face classrooms and virtual lessons will be the future of education. “Our focus will be to enhance it further,” she adds. To deliver these new digital services, as well as the resources required to run schools, Ryan Group depends on its partnership network. The Group’s aim is to develop consistent and long-lasting relationships with competent, trusted suppliers. In recent years, vendors and suppliers have stood the test of time and remained committed to providing their services throughout, Dr Grace confirms.

“It has been a pleasure working with them, and we’ll continue strengthening our relationship,” she says. Dr Grace believes in nurturing lifelong learners, and in the idea that education should go beyond classroom walls and textbooks into arts, culture and international relations.

To that end, she has worked with her team to pioneer a number of national and international events to develop different life skills among students. Ryan Group was the first school in India to organise the International Theatre Festival and the Indian Model United Nations, as well as the prestigious World Scholars Cup, which had record-breaking participation. International Cultural Exchange programs facilitate trips for students to the US, Italy, Switzerland, Australia, Germany, Eastern Europe and the UK, with a focus on developing a greater appreciation of arts, culture and a global world view.

On occasion, students have had the chance to visit NASA for educational programs that allow them to interact with astronauts and hone their scientific temperament. Ryan Group schools also place a strong emphasis on sport and media skills, collaborating with athletes and media personnel to provide world-class coaching in these fields.

They offer courses in media studies and filmmaking, and are the only schools in India that have fully equipped in-house media studios. The Ryan Group is well known for its charity work, and has even earned several Guinness World Records in recognition of the scale of its efforts.

In 2019, one of its schools set the record for the world’s largest charitable donation in terms of clothing to the needy. Thus, giving back to the community is fundamental to the experience of attending a Ryan Group school.

“In order to inculcate a sense of social responsibility, our schools undertake initiatives to reach out to the underprivileged and less fortunate,” Dr Grace says. Students run environmental awareness programs, as well as tree planting and cleanliness drives, throughout the academic year as part of the curriculum. 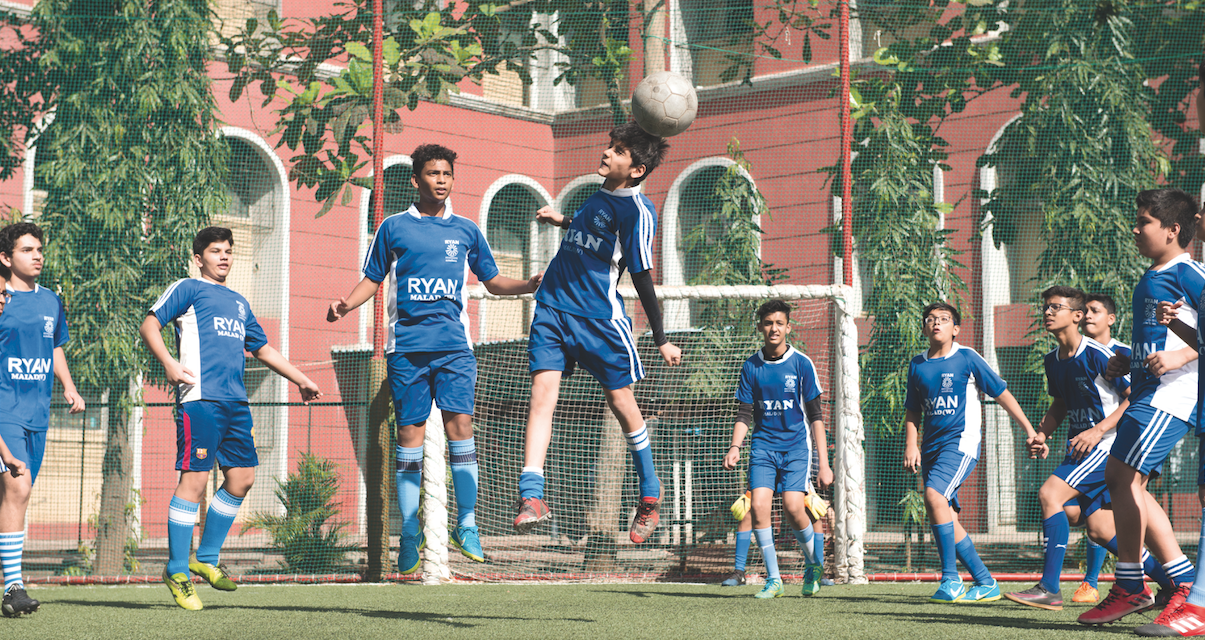 “Our contribution in education and social service has also been recognised with innumerable national and international awards, honours and recognitions,” she shares. “This is humbling, as it validates our work and motivates and encourages us to achieve greater milestones.”

While Dr Grace has been in a senior position at Ryan Group since its founding, she says she does not take credit for the Group’s achievements. “It is because of the grace of our Lord Jesus Christ that we have achieved so much in the field of education,” she says.

“As a Group, we draw our strength from Jesus Christ and attribute our journey to him alone. It is our faith in God that helps us continue our effort to make a worthwhile contribution to the lives of thousands of children and staff across the nation every single day.”

With the largest young population in the world, there is a growing demand in India for more educational institutions that can meet the country’s changing demographic needs. “There are rapid changes taking place in the education sector, and it’s becoming increasingly important to innovate and be creative and progressive in our approach,” Dr Grace reflects. A new National Education Policy introduced last year sets out a blueprint for a huge overhaul in the way institutions operate in the country. Among other things, the policy aims to increase access to education for disabled and underprivileged children, to encourage a shift away from rote learning, to boost research in higher education and increase university enrolment.

With its emphasis on holistic learning and educational excellence, many of Ryan Group’s practices already align with the policy, Dr Grace points out.

“We at Ryan remain committed to fostering industryacademia partnerships to impart 21st century skills and provide new avenues to our students for ‘learning by doing’ and to upskill, reskill and reinvent themselves to keep up with an ever-changing world,” she says.

As Ryan Group plays its part in rising to that challenge, Dr Grace’s advice to those who are thinking of becoming teachers is to focus on the importance of education that endures after children have left the classroom.

Roopam Sharma – scientist and inventor Roopam is just 26 years old, but he has already won a host of awards for his pioneering work on technology to assist people with impaired vision. He developed Manovue, an intelligent personal assistance system that reads text, allows users to control their phones with their voices and helps them navigate spaces by providing haptic feedback. The innovation won the Microsoft Imagine Cup in 2015. Roopam was named on MIT Technology Review’s Innovators Under 35 list in 2016. His research interests include wearable computing, artificial intelligence cognitive science, and human-centred design.

Karman Thandi – tennis player Karman, 23, has won four doubles titles and one singles title in International Tennis Federation matches. She first picked up a racket at the age of eight and is now ranked 196th by the Women’s Tennis Association in singles and 180th in doubles.

Arjun Vajpai – mountaineer Given that Arjun, 28, went to school at Ryan, which prides itself on having set a number of world records, it is unsurprising that he went on to set one of his own. In 2010, he became the youngest person to climb Mount Everest at the age of 16 years, 11 months and 18 days. The next year, he set another record, becoming the youngest person ever to climb Lhotse, the world’s fourth-highest mountain. During one expedition in Tibet in 2012, he almost died amid extremely cold temperatures and high winds, but he was rescued by the Swiss adventurer Olivier Racine.

“As educators, what we need to do is to develop lifelong learners,” she insists. “Those who are attempting to enter this field have a massive responsibility to empower young learners with the right attitude and a hunger for learning. In this age of technology, teachers and educators need to add a much-needed human touch and nurture values that will last for generations to come.” 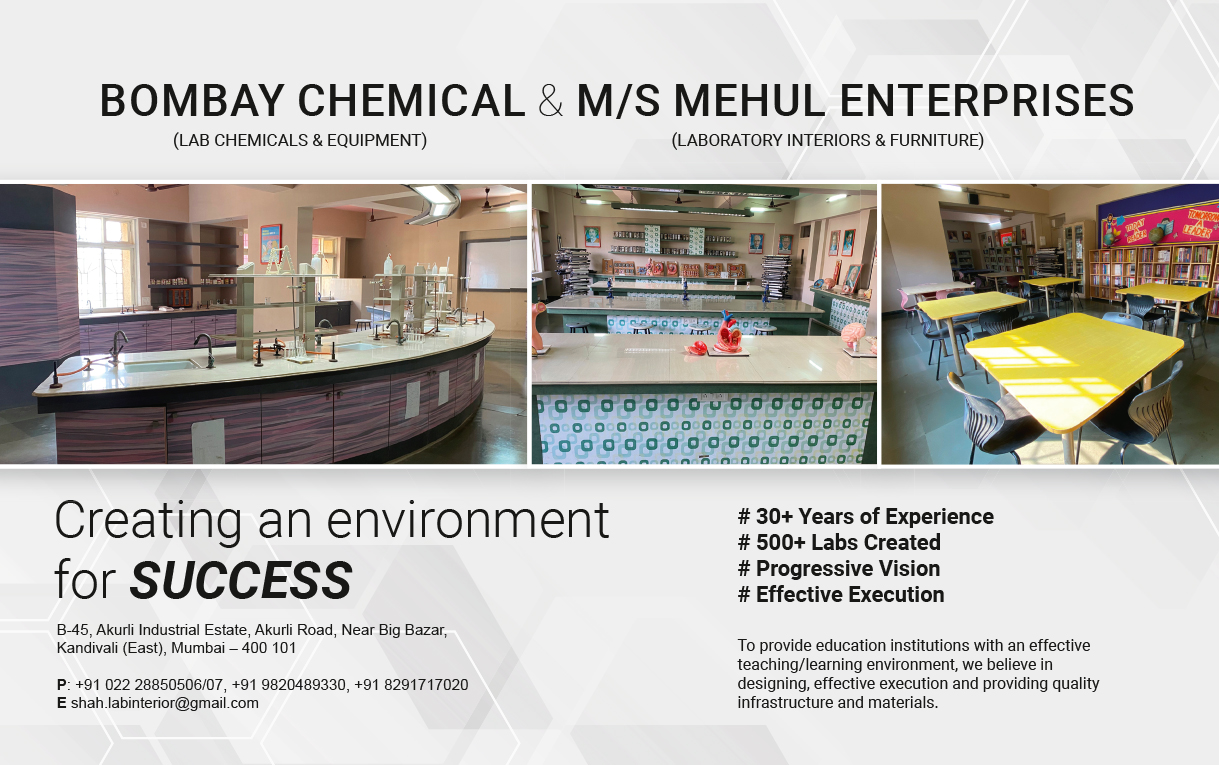 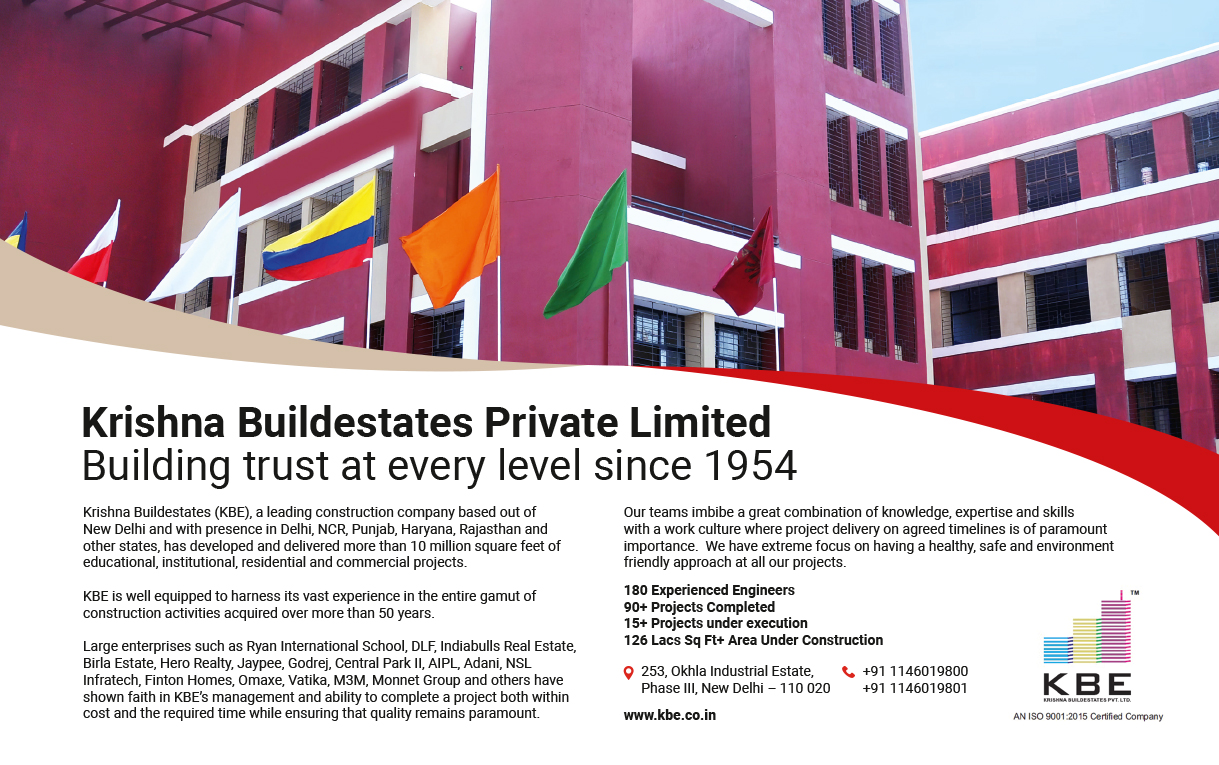 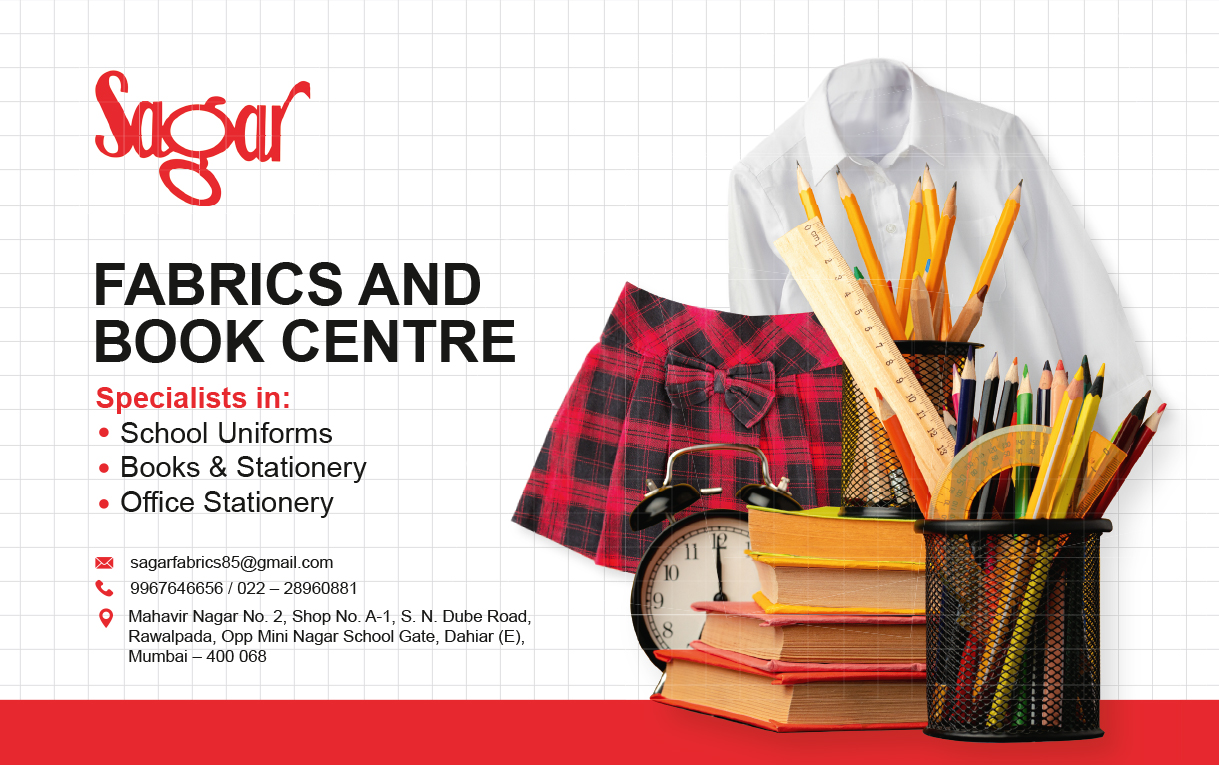 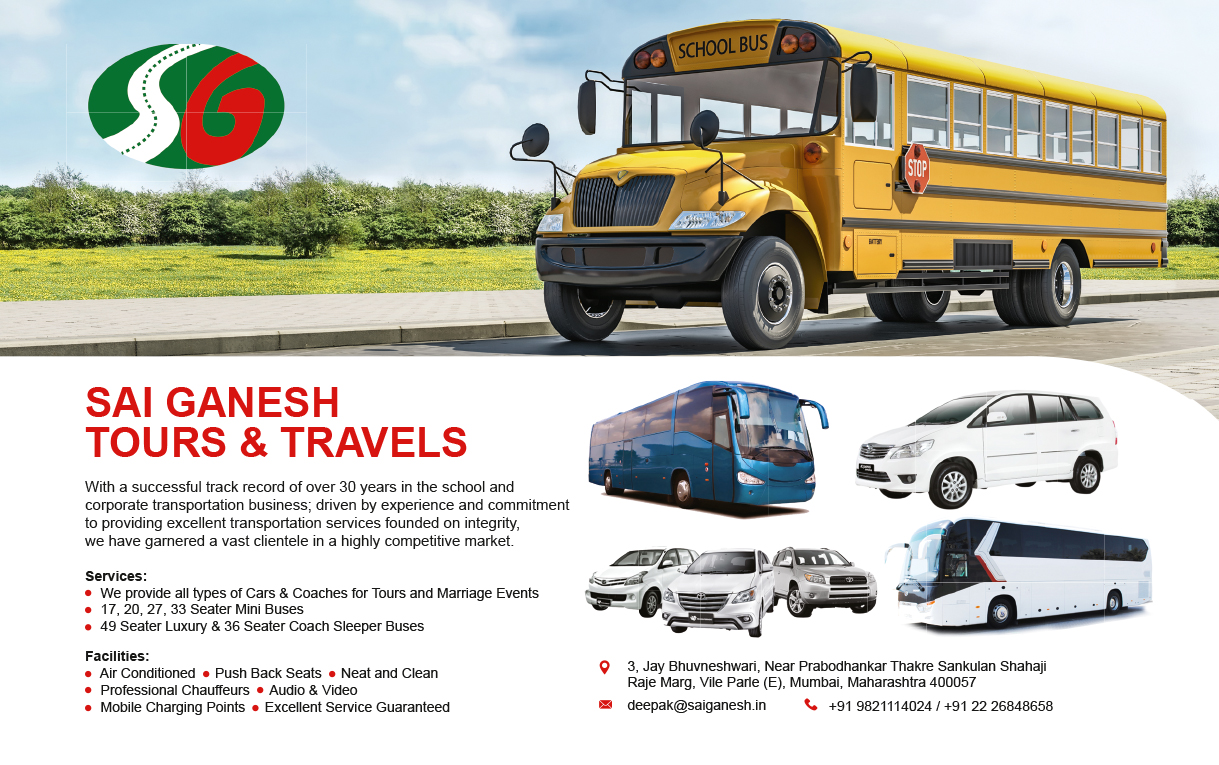 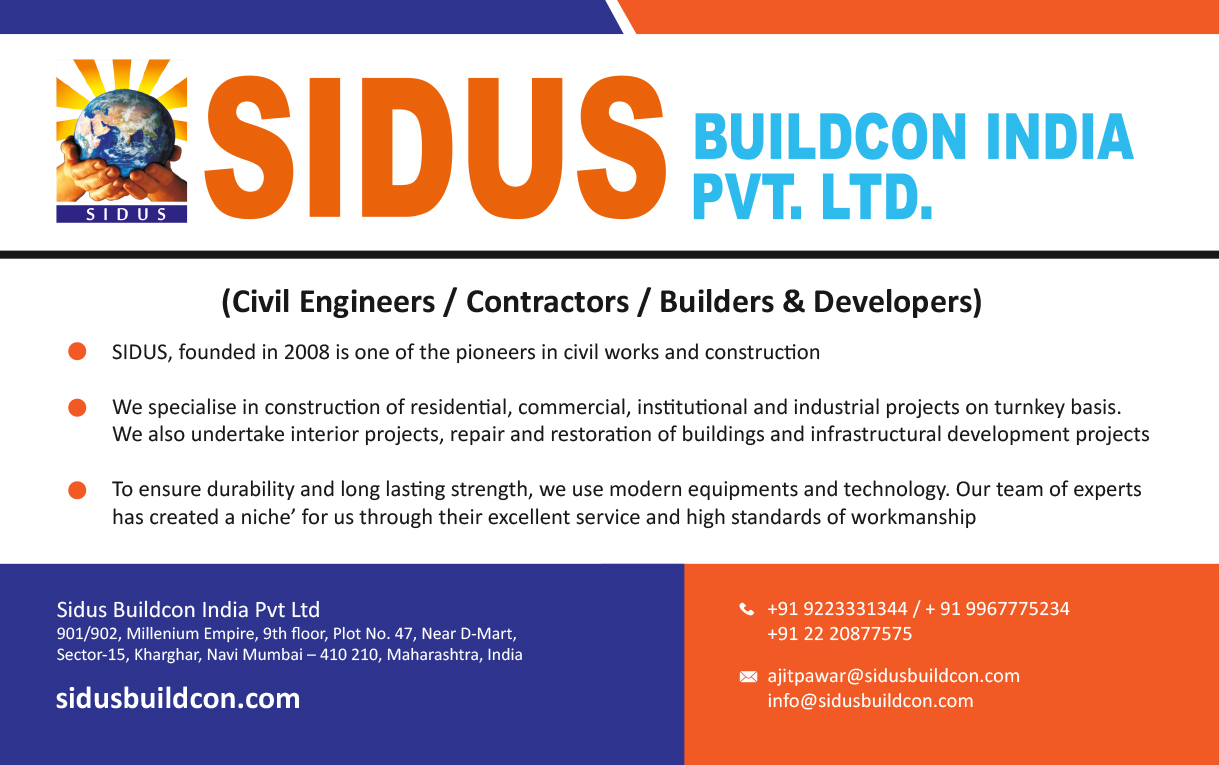