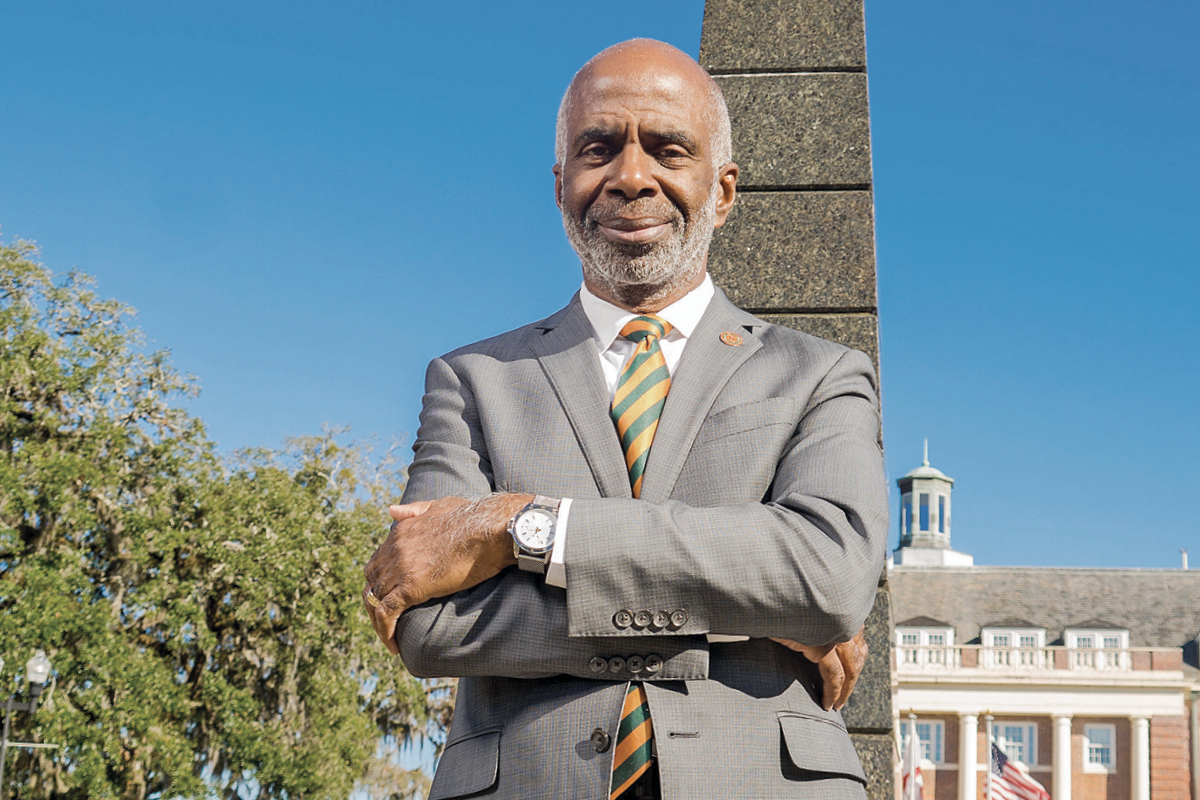 He also reminisces about another memorable moment, when he received his doctorate in nuclear chemistry from Washington University in St. Louis. “My mother wasn’t able to be there but coming back home and sharing it with her was a very proud moment.”

Throughout Larry’s life, his mother and grandparents encouraged him to pursue his dreams and that’s something that never left him. “I think it’s important for every student – and any person – to hear: you can be anything you want to be or, more importantly, you can do anything that you’ve worked hard enough for. I heard that and it stuck with me,” he says.

“Having people believe in you and your ability to achieve things, even things you might not ever have imagined, is extremely important. I personally might never have dreamed that this was possible if it wasn’t for that advice,” he continues.

“Having people believe in you and your ability to achieve things, even things you might not ever have imagined, is extremely important.”

“I was also advised by my family that it wasn’t about me. It wasn’t about doing things that might benefit me directly, it was the understanding that my life would be unfulfilled if I didn’t spend part of my existence on this planet doing things to help others who may not have been as fortunate as I have been. My success isn’t just defined by how well I do but also by how good a job I do of helping others.”

In 2017, Larry’s appointment as FAMU’s 12th president was what he calls “a very special moment for me”. At the inauguration, the faculty surprised Larry with a dusted-off video of him receiving his bachelor’s degree in 1979. It was a moment of “all the things coming together that made it possible”, he says.

Looking back over the two decades since he first joined FAMU – when he served as director of the Environmental Sciences Institute, provost and vice president for academic affairs, vice president for research and interim president several times – he says, “It will always be the highlight of my career, no matter what happens next.” 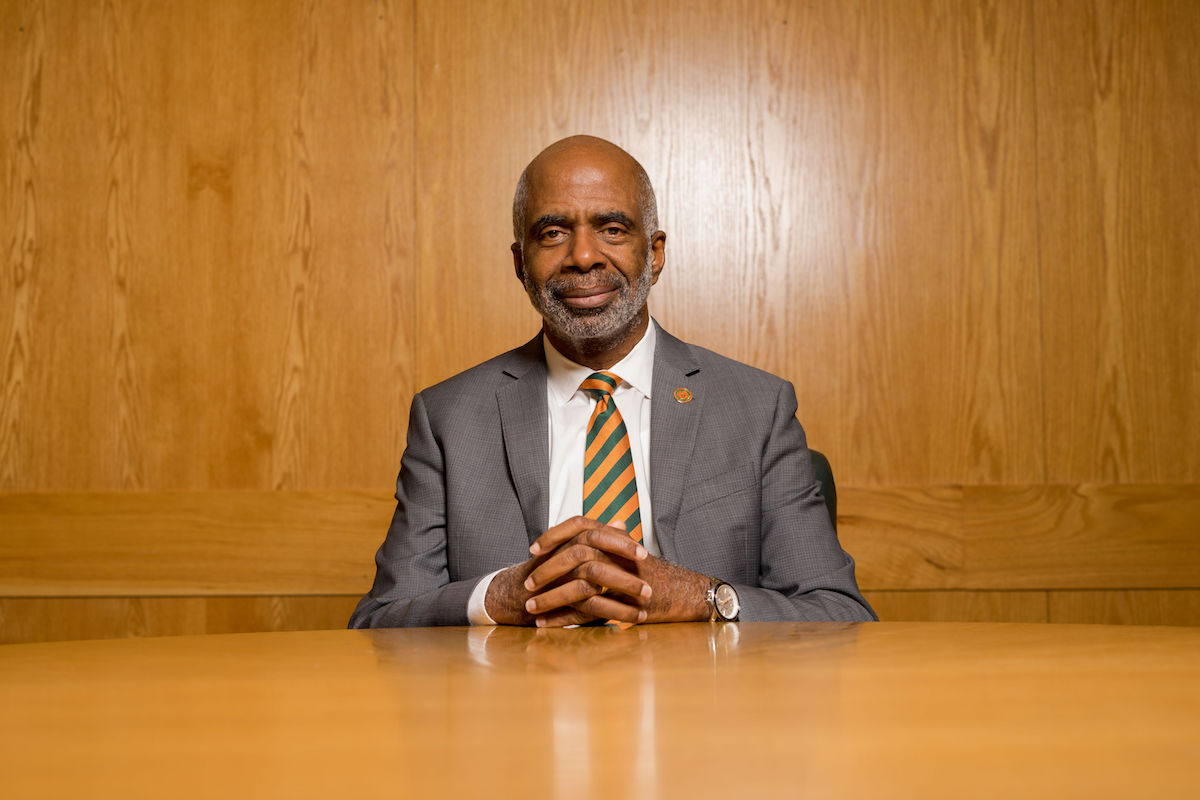 It’s not only the “fantastic array of outstanding academic degree programs” that defines the university, Larry explains, but also that “we expect every student to succeed”. “Believing in the fundamental ability to be anything they come here to be and, in some instances, beyond what they might even think of themselves, is really what sets us apart,” he says.

“Believing in the fundamental ability to be anything they come here to be and, in some instances, beyond what they might even think of themselves, is really what sets us apart.”

“It’s important, in any environment, to appreciate and respect the diversity of cultures we have in students at this institution,” Larry says. “We don’t want anybody to try to be like anybody else. People come to us from 30 states and 70 countries, with different religions and ethnicities. It’s this type of diversity that, as a nation, we need to continue to promote because that’s where innovation lies.”

Larry isn’t shy about pointing out the university’s “fairly unique student demographic”, with “an average annual household income of less than US$50,000, probably closer to US$45,000”. With this in mind, FAMU provides services in and out of the classroom to promote students’ success, making college affordability a top priority.

He’s quick to acknowledge the hardships many of the students have experienced, which is reflected in the support the university provides. “We have a great appreciation for the number and types of problems out there in the world that need a unique perspective, and the preparation we provide students at FAMU gets them ready for that,” Larry says.

“It’s about providing an environment that has a genuine appreciation for the diversity of experiences and cultures that students bring with them, and being willing and able to celebrate all that together.” 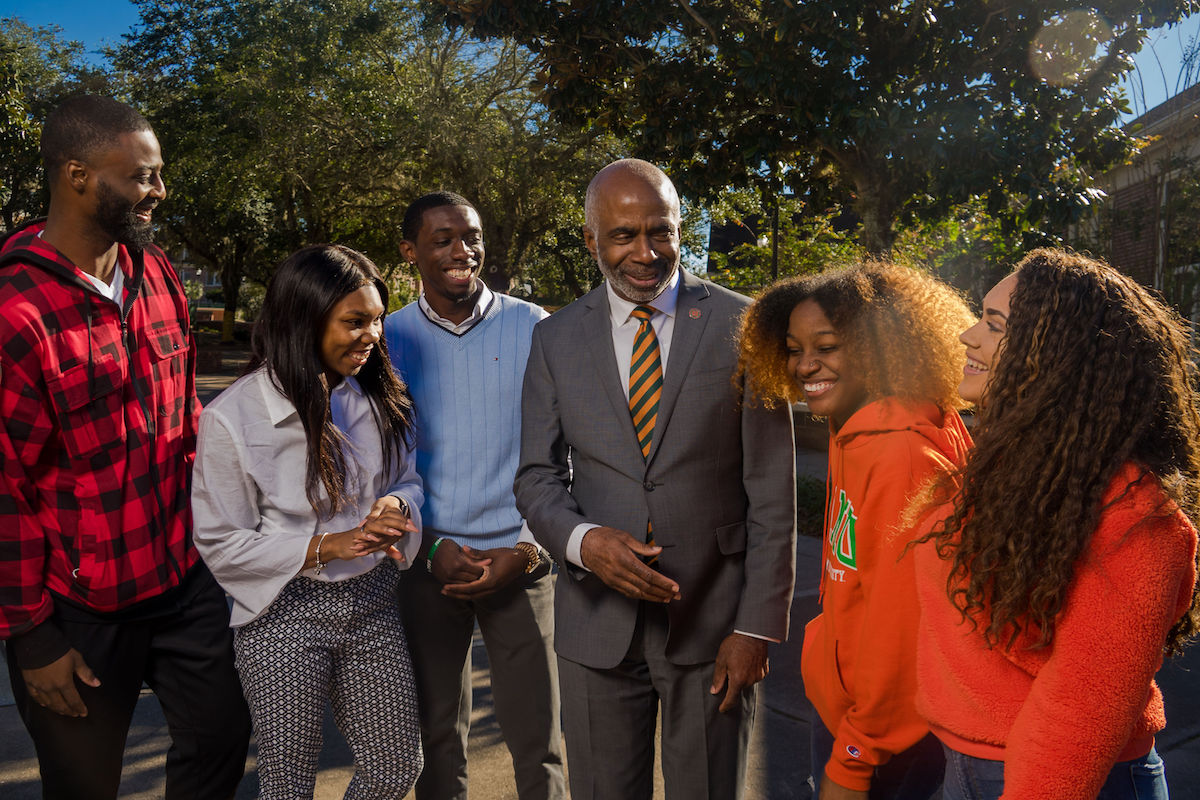 Recognizing the financial difficulties that many of the students face, the university has not increased its tuition fees for several years. “We’re very sensitive to any charges or expenses, from housing and food to tuition fees,” Larry explains. “Beyond holding the line on those expenses, we provide funds to support the student experience, to make up for what they might not have received from their families alone.”

FAMU works on identifying and encouraging students to participate in funded research and internships arranged through corporate partners, such as the Dow Chemical Company and Eunice Health. These opportunities offer students participation in co-op and STEM programs, giving “real support and mentoring, and the possibility of graduate employment”.

The university’s ‘Save Our Students’ program provides unique support, from the students’ first year to graduation and beyond. “It is a specific fundraising effort that assists students in that transition period, trying to keep them in school after their first year so they finish their academic experience,” Larry explains.

“It’s critical to keeping students on track, allowing them to focus on working on scholarships rather than working in a part-time job that doesn’t necessarily promote their academic progress.”

The scholarships range from rewarding academic excellence to providing needs-based opportunities, with the aim of minimizing students’ out-of-pocket expenses – a key metric for FAMU and the state university system performance model as a whole.

“It’s a metric that we do pretty well in,” Larry explains, mainly due to FAMU’s combination of needs-based aid and opportunities. “It’s extremely important to us, knowing what the students’ financial backgrounds are as that has nothing to do with their intellectual capabilities.”

Even after the students graduate, the support continues. Larry says that he is in “constant communication” with the alumni as well as the President of the National Alumni Association and the Director of Alumni Affairs, and he speaks at alumni events, fundraisers and student send-offs. “A month – sometimes a week – rarely goes by where I’m not engaged in some activity, some conversation involving members of the alumni,” he says.

Larry explains that for students, alumni, the faculty and himself, it goes beyond personal interests; it’s about looking outward and carrying an “essence of caring to do things to enrich the lives of others”.

“Students come here understanding that it’s not enough for them to just graduate and go out into the world and do well on their own behalf,” Larry explains. “It’s ingrained in the FAMU culture that students get involved in things in their community that help make the lives of others better. 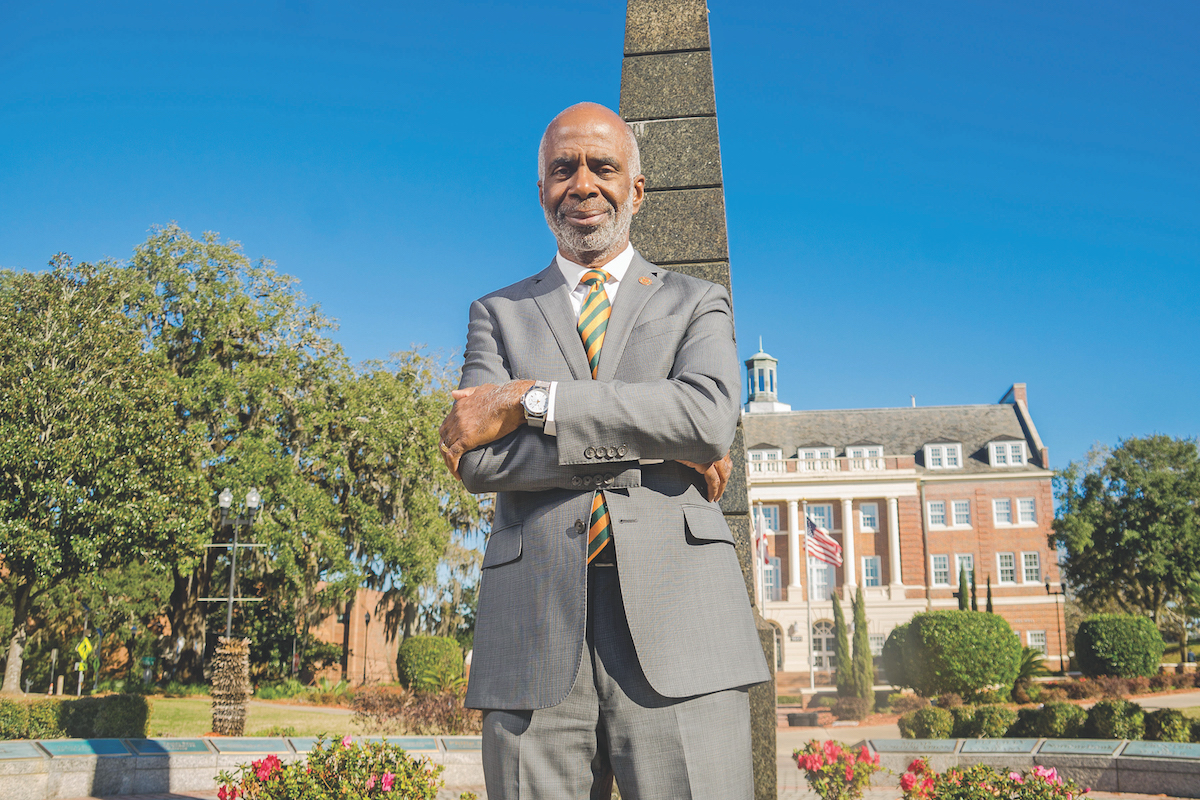 “Plus, they don’t always wait until they graduate to be engaged in those types of things; and they shouldn’t have to wait,” he continues. “Data shows that a more engaged student is much more likely to be a successful student in a number of ways.”

The students at FAMU have a long history of advocating for equal rights, which, Larry observes, has “been with us from the very beginning”. “We were born in an era where everything isn’t perfect, but it was certainly a lot less perfect on October 3 1887, when FAMU was founded,” Larry explains.

“The founding fathers, the instructors and students of that period knew that in order for things to get better, they had to pursue a world-class education.” 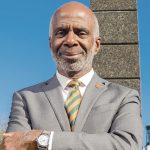