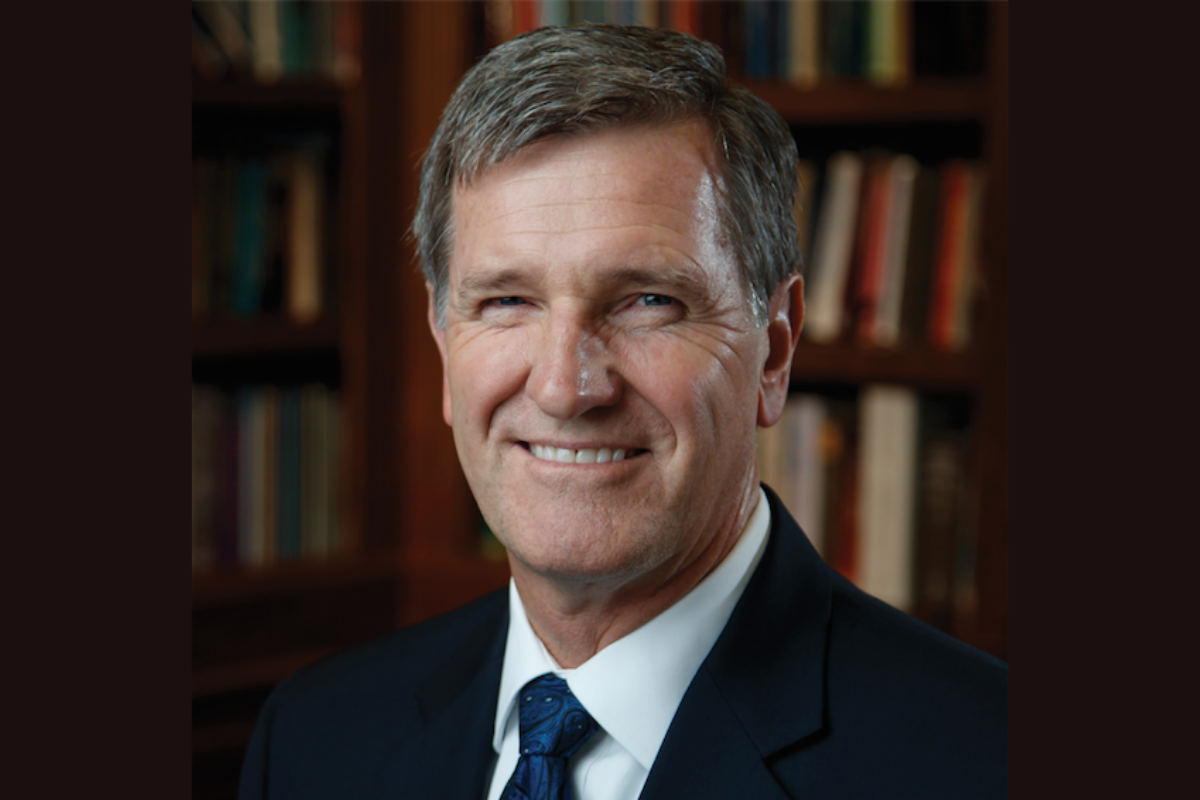 The need for more accessible higher education in the US is already evident, but the pandemic certainly drove the point home. That is why more and more people are looking to Kentucky’s Berea College, which has not charged tuition fees since 1892.

Berea’s unique No-Tuition Promise has long made it an appealing option for those who cannot afford the hefty price tag of a college education. But recently, heightened economic difficulties as a result of the pandemic have placed its inclusive model more firmly in the spotlight.

“People who were getting by in the lower half of the middle class may find themselves now completely unable to think about sending their children to college,” President Lyle Roelofs tells The CEO Magazine.

“So the idea that there is a place that doesn’t charge tuition, that seeks out talented students who should have that opportunity, and then provides it to them in a way that is accessible so they can graduate without any debt – I think that has become even more important as we’ve watched the financial turmoil of the past year and a half.”

The way the college tackled the challenges presented by the pandemic is also a great testament to its strengths. “I’ve never seen a school do something that quickly, but it worked out well,” Lyle says of Berea’s swift implementation of an entirely new way of teaching.

By giving people a choice and expecting them to adapt to the situation as best they can, we have been able to continue our mission with undiminished success.

“Most of our students continued their academic progress. Even though we couldn’t hold a commencement, the typical number of students earned their degrees and received them by mail.”

Over the summer break, Lyle and his team spent time planning their approach for the next semester and decided it would be best to adopt a “choice” model. “For some students, it was difficult to learn at home, so they were welcome to return and live in the residence hall, following very strict guidelines,” he explains. 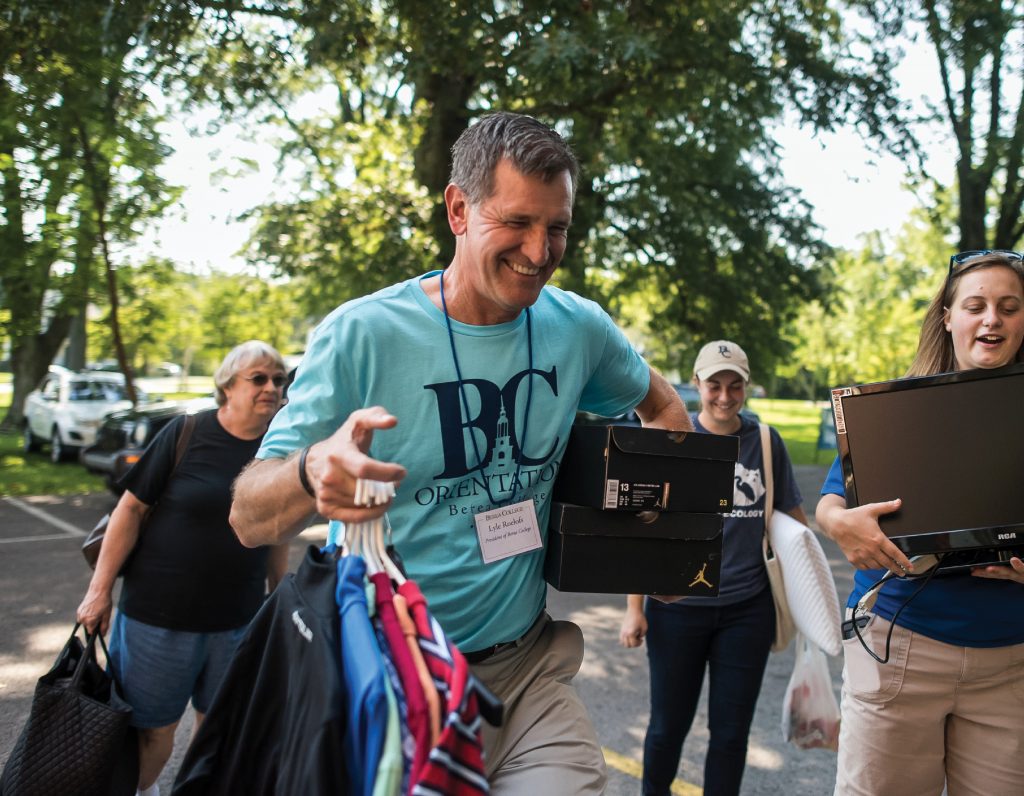 Faculty also had a choice to make: if they could teach their classes online, then they should; but if not, they were permitted to teach in person. In the end, around 60% of classes were taught online with the remaining 40% in person.

There were only three COVID-19 cases among the students, all due to off-campus travel, and 25 among staff, again, due to community interactions. But as the spring semester approached, vaccines were still not available and case numbers were surging. So Lyle and his team made the decision to cancel the January return date.

“We normally would have started on 6 January, but we pushed our start date back to 3 February, eliminating spring break so students wouldn’t have an impetus to go off campus and then come back,” he shares.

When it did return, Berea continued to operate on the choice model, with 70% of classes online and 30% in person. “But roughly half the students are here and half are learning from home again,” Lyle points out.

“So the 60,000-foot view is that by giving people a choice and expecting them to adapt to the situation as best they can, we have been able to continue our mission with undiminished success.”

We’re getting more attention now than we’ve ever had in the past.

Lyle is aware that the college experience for the affected students has not been anywhere near as enjoyable as usual, something that could have implications for the college in the long run.

“Maybe 20 years from now, it may be harder to raise money from those alumni,” he admits. “But overall, it’s a success and I’m very proud of the faculty, the staff, the students and the leadership team here.”

A positive effect of the pandemic fall-out, Lyle says, is that the faculty have learned new skills. Even as Berea returns to a predominantly face-to-face method of teaching, he believes they will continue to employ some of what they have learned teaching online to make their classes even better.

“I believe we’ve learned something about ourselves as a community and as an institution,” he reveals. “We’ve had financial challenges before like during the Great Recession, but since 1918, there hasn’t been a challenge that has affected every member of the community, putting them all in danger of severe illness, while forcing us to come up with new ways of interacting with one another in order to preserve community and keep the institution going forward.” 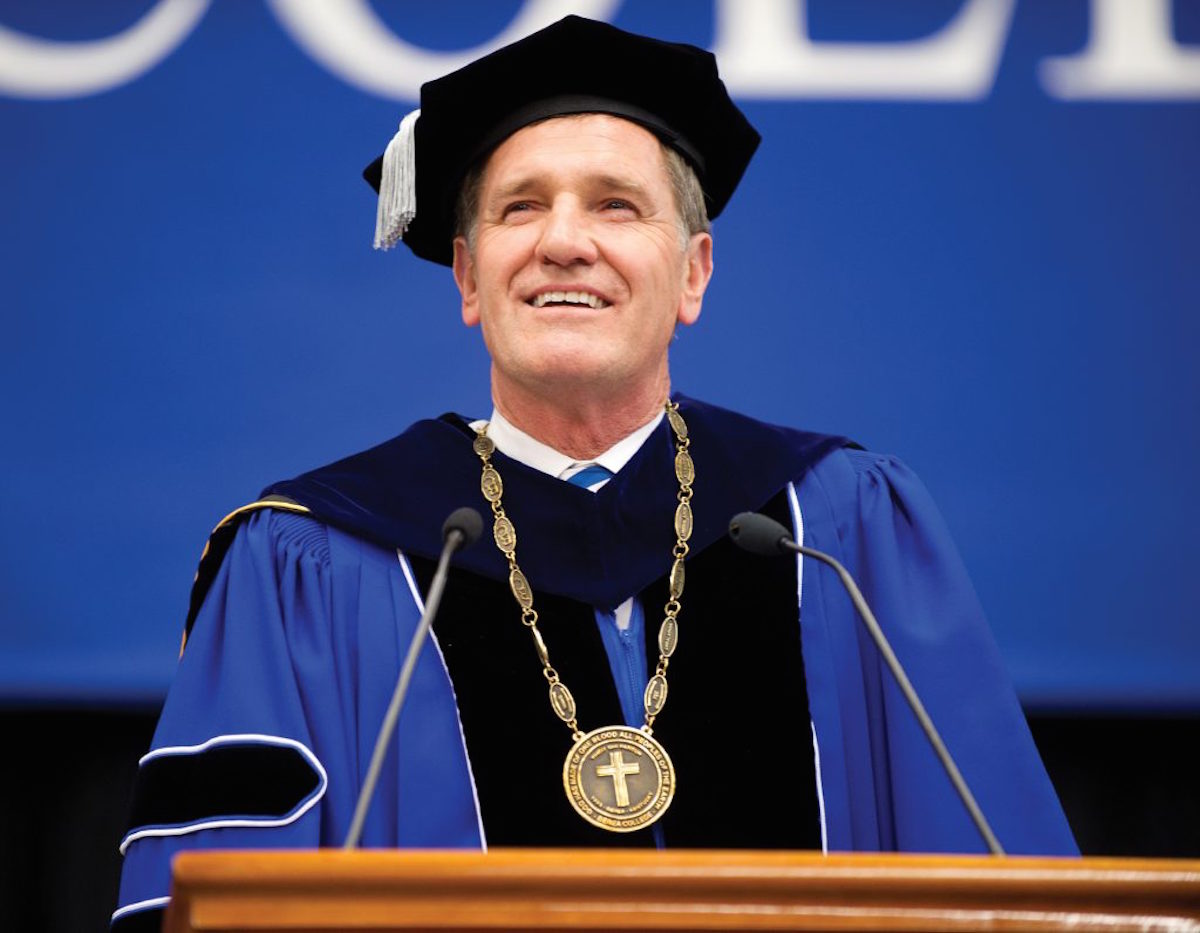 The COVID-19 experience has forced all at Berea to be more confident in their own resilience and more prepared to consider a broader set of solutions. “I think it has loosened us up a bit, made us more agile and more willing to trust ourselves to make some changes,” he says.

“Time will tell on that because culture is robust everywhere, but in liberal arts colleges, culture is extremely robust and resistant to change.”

Meanwhile, Lyle is excited about the opportunities as interest in Berea’s model grows, particularly within the world of higher education. “We’re getting more attention now than we’ve ever had in the past,” he shares.

The institution is also climbing various rankings for higher education. “We’ve shown that we can manage a situation like the past 18 months, and society is realizing even more pointedly than they were before that another model for providing access to higher education is urgently needed in our country,” Lyle stresses.

“There should be colleges everywhere that are looking at Berea and asking, ‘What can we learn from this, so that we can serve the bottom fifth of the demographic of the country more effectively?’”