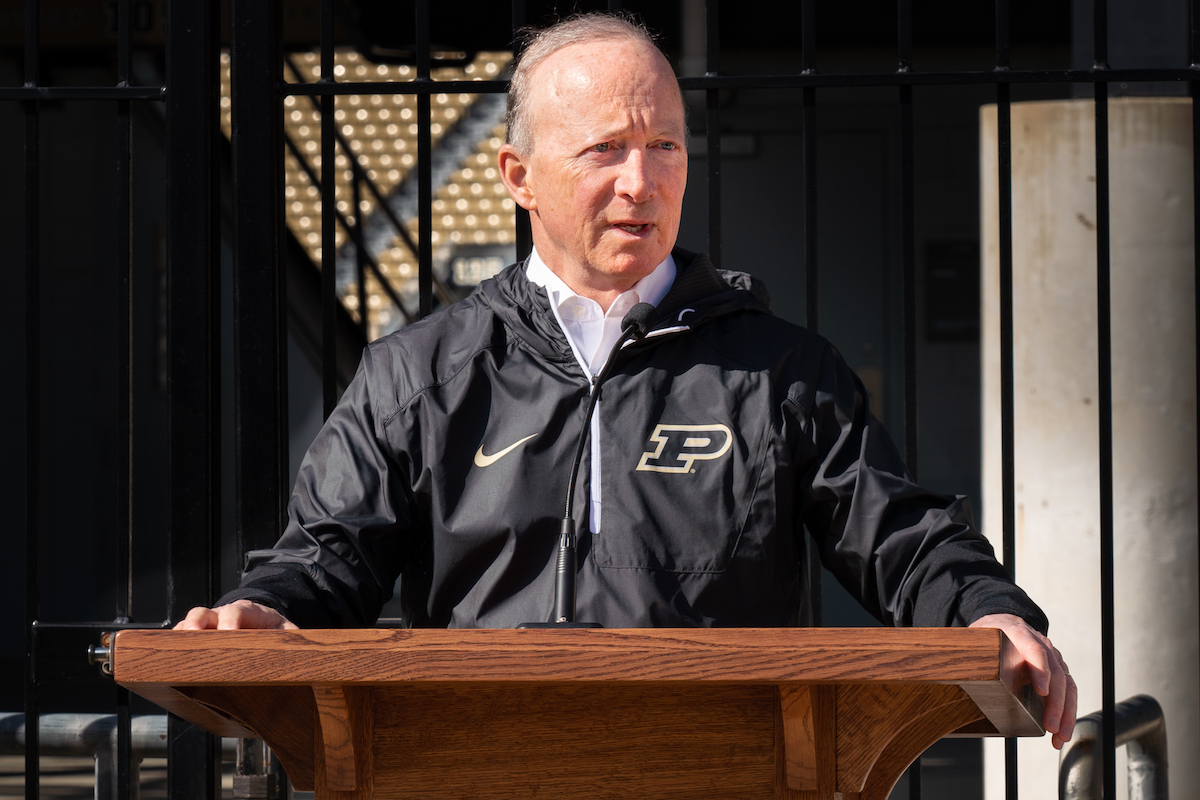 When first offered the position of President at Purdue University in Indiana, Mitch Daniels wasn’t sure he wanted the job. However, an influential friend, Norm Augustine, was leading a national commission at the time. “He believed the most important thing for our country’s competitiveness was to employ 10,000 more engineers a year,” Mitch says. 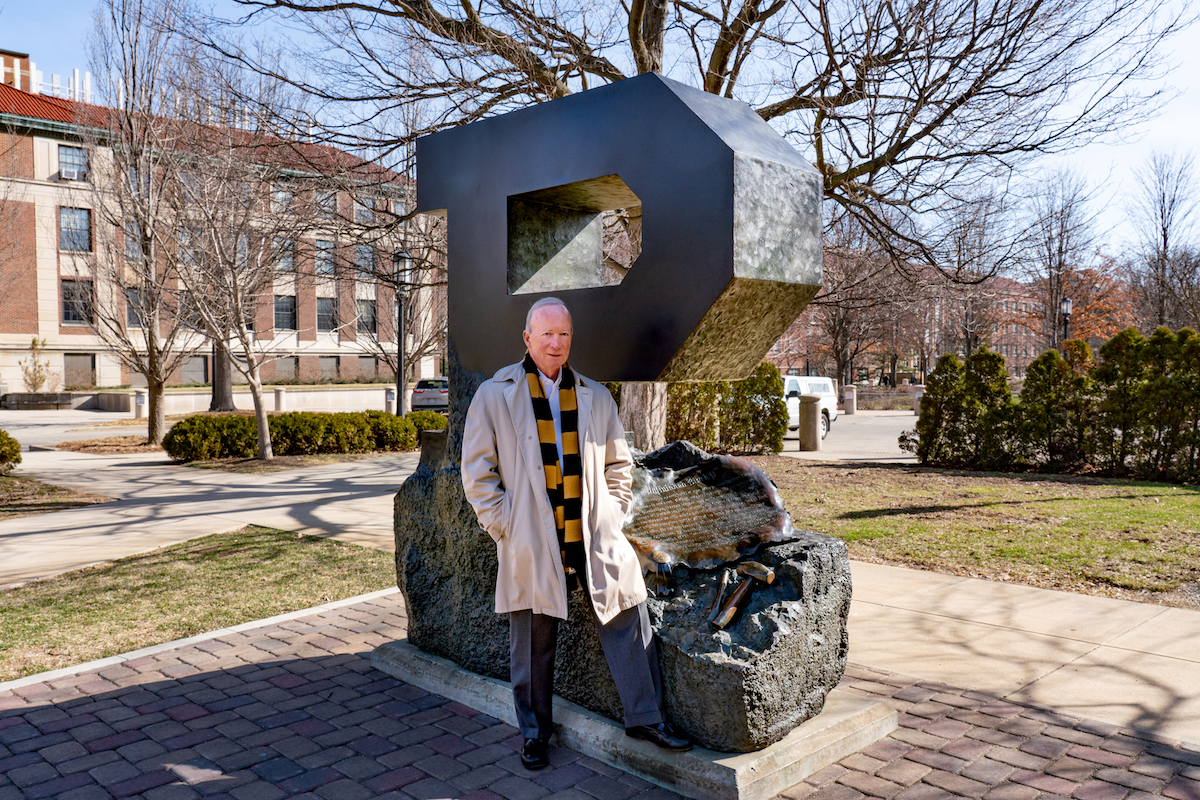 “I felt I could make a direct contribution to that goal in this position.” So, after three or four approaches by the university, he finally said yes. “It was a rare opportunity to enter an executive position and lead an institution of great importance to the state I care most about.”

A graduate of Princeton University and recipient of a Juris Doctor degree from Georgetown University Law Center, Mitch holds several prestigious academic awards. As the former governor of Indiana, he also has invaluable expertise to offer. Despite receiving job offers from organizations around the country, however, he decided to accept the Purdue role.

“There were some offers from businesses and not-for-profits elsewhere. I had appealing opportunities but, to be honest, I wanted to stay in Indiana. I’m so glad I convinced myself to take this job.”

Mitch emphasizes the importance of tertiary education in a knowledge-based economy. “The United States has the finest network of tertiary institutions in the world and we don’t want to lose that,” he says. “We’re living in a world where cognition and academic preparation are more determinative of success than ever.

Rigor and accessibility are two of Purdue’s core values, summed up under the catchphrase, “higher education at the highest proven value”. “Value encompasses the quality of education we believe we’re providing along with accessibility,” he explains.

“Given its academic reputation, past Noble Prize winners and proud history, many people don’t realize we’re a public, or land grant, university. In the information age, a school like this is instrumental in producing talent for a high-tech world, with original research. We have given birth to more than 200 new companies in the past five years.” 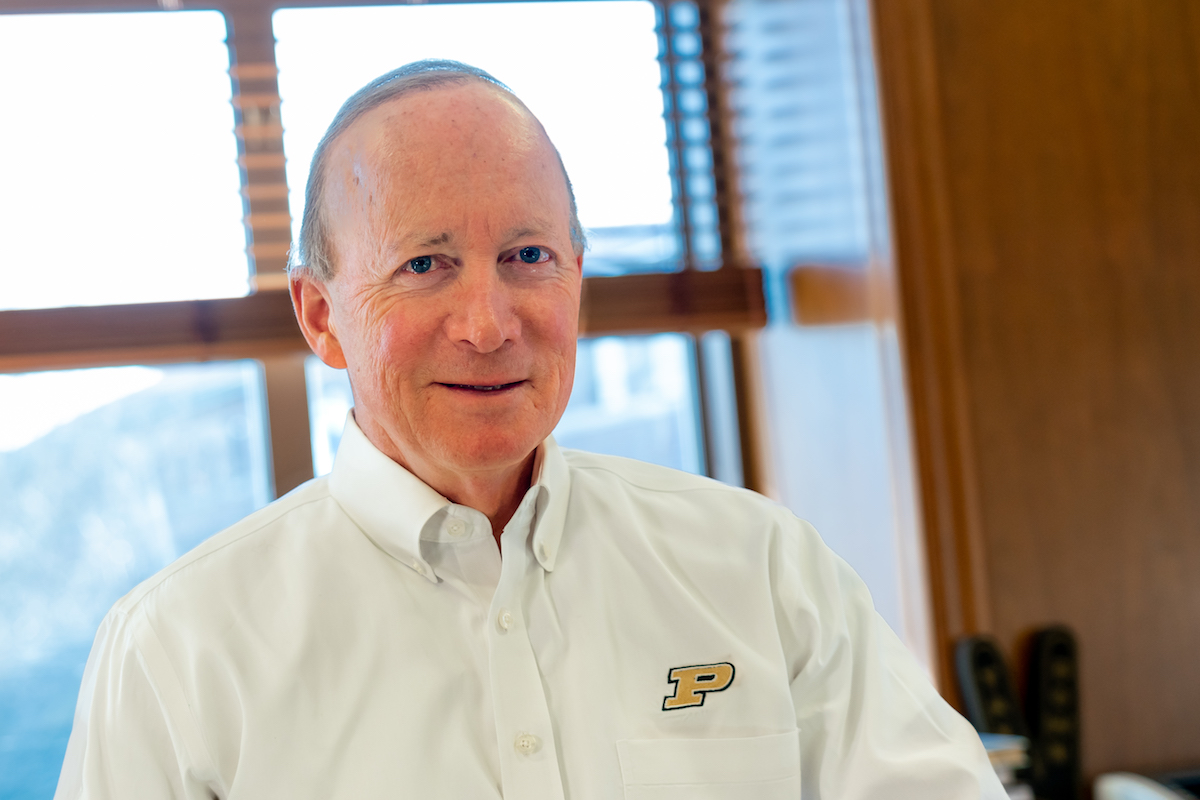 It is a university that leads the way in affordability. Breaking a 36-year string of increases, Purdue commenced a series of tuition fee freezes in 2013 that will last through at least the 2019–20 academic year.

The university is also at the forefront of the sector when it comes to new ideas; for example, its recent Income Share Agreement initiative, where students can receive funding while in school. “It’s equity, not debt,” Mitch says. “When the student graduates, they will pay a fixed percentage of their income for a fixed number of years.”

Purdue Moves is an online program aimed at adults who haven’t finished college. Mitch spent the first few months of his role formulating a plan of strategic action. “I delved into the finances enough to know we had flexibility,” he recalls. “The question was, ‘what actions, investments and strategic moves could we make to move forward?’ STEM became the core of it, along with a focus on our research and investments.”

Mitch applies countless lessons he learned in business to the university. “The company went through difficult years that I’ll always be grateful for,” he says. “We had to deliver results without the benefit of new products. I learned about improving efficiency, maximizing sales, asset utilization and new revenue streams.

It was a reformative experience, which I’ll always draw upon. Every great enterprise I’ve seen has a clear purpose. Pick your buzzword; have a vision and a mission. These lessons can be applied to all sectors.”

Results motivate his work. When young people ask him about leadership, he encourages them to think beyond habitual answers. “Everything must be results-oriented,” he says.

“I usually say you must first know why, without answering with ‘I’. It should be about the results you hope to deliver, making the enterprise stronger and those who rely on the institution better off. I’m only restless when I don’t have something new, effective or innovative to work on.”

Mitch says reaching optimal productivity means setting the bar high. “High bars, fair measurement, big rewards,” he explains. “I learned this from my time in business.” He adds he likes to be productive with spare time, so he either heads to the gym or focuses on reports and strategic initiatives. “What I don’t do, is ‘lunch’,” he states.

Mitch’s people-first personality shines through in his words. He explains that as governor, he stayed in people’s homes rather than hotels. His communal attitude carries over to his current role with Purdue University, where he aims to make people feel noticed and appreciated.

“It all starts with approachability.”

“It all starts with approachability. I try to be open, visible and available. I’ll spend time in the gym, full of students and faculty. I wander the campus and eat dinner with students many nights. I don’t know any other way to do it.” 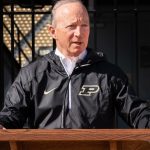