All in the family: Peter Coffey 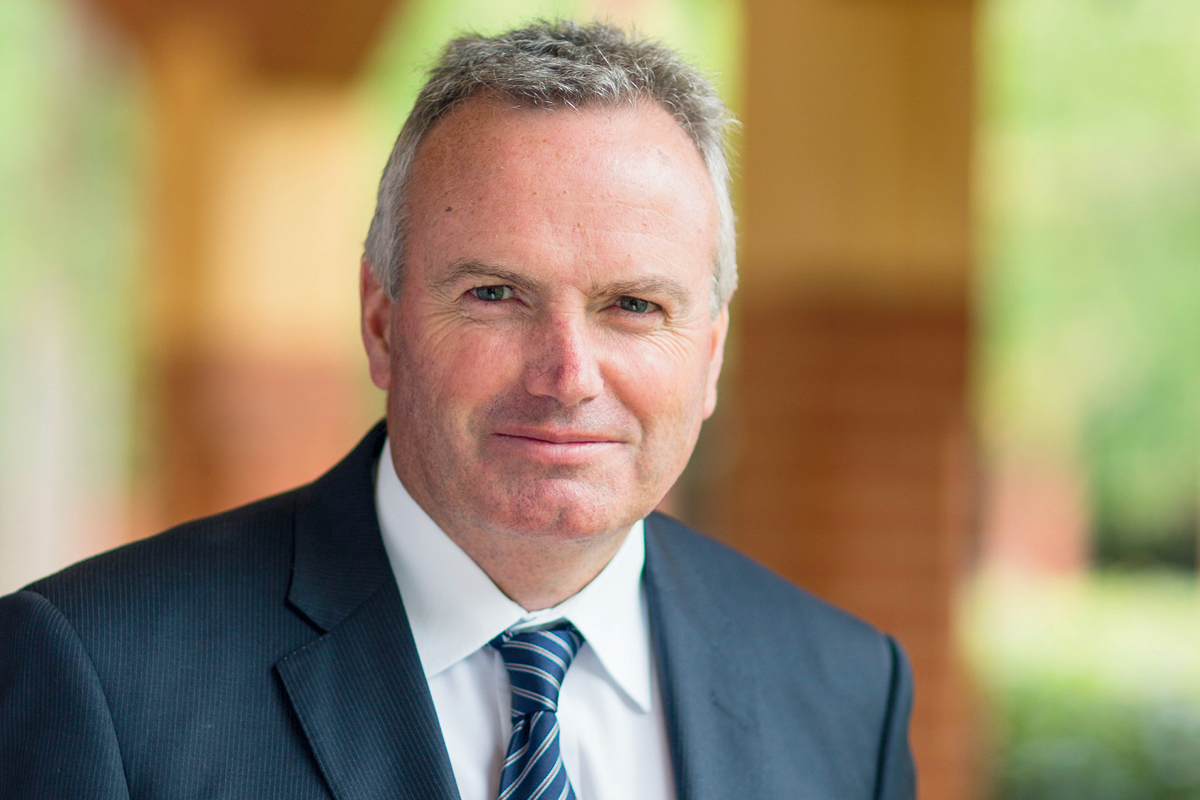 Peter Coffey has very strong, not to mention very fond, memories of his first schoolteacher at his local Catholic parish school. In fact, it’s probably fair to say Mrs Coffey, now aged 95, had a huge influence on the little boy who grew up to become Principal of Adelaide’s Saint Ignatius’ College.

“Yes, my first teacher was my mum,” he laughs. “I was in Year 1 in the local parish school in Henley South with Mum as the teacher. I wasn’t allowed to call her Mum, I had to call her Mrs Coffey.

“And yes, she’s still around, frail, but mentally she’s terribly sharp. We have the same conversations we’ve always had. I’m very lucky.” Peter is the first lay principal to head Saint Ignatius’ College, a Catholic school founded on the Ignatian tradition by Jesuit priests in 1951, and lead the 1,365 students across senior and junior school campuses.

The Senior School, from Years 7–12, is located in Athelstone while the Junior School, from reception to Year 6, is in Norwood, next door to Ignatius Early Years where an additional 100 families send their preschoolers.

At enrolment interviews, we talk about the fact that we don’t actually enrol students, we enrol families.

It’s a relatively young school, turning just 70 next year, with Peter having shared half those years as a student for a decade and a member of staff for 25 years. His deep connection with Saint Ignatius’ College undoubtedly benefited his application to become Principal in 2018 and help break the tradition of appointing Jesuit priests.

It was a rigorous process and a position attracting numerous applicants, but Peter clearly had an edge with his experience in multiple roles at the school including Year Level Coordinator, Dean of Students, Dean of Administration and Head of Senior School. 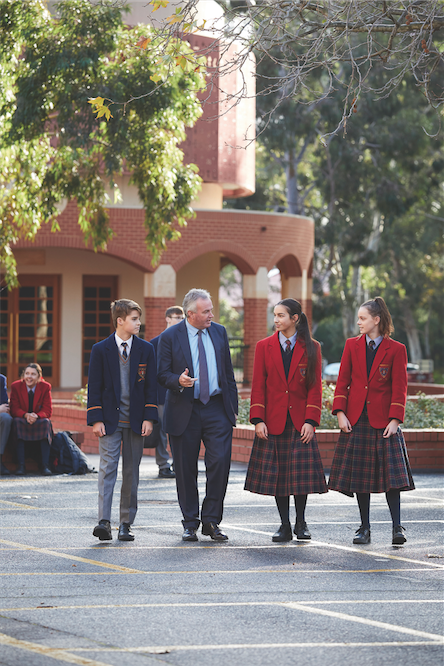 As Principal he shares duties with Jesuit Rector, Fr Peter Hosking. “I’m responsible for the conduct of the college, while Fr Hosking as Rector contributes to the mission and identity of the school, our faithfulness to our Ignatian charism and spirituality.

“This journey has meant an awful lot to me, starting all the way back in 1970 in Year 4 and continuing nearly 50 years later to become the school’s first lay principal,” he reflects.

“Why did I get the job? Perhaps because I was so well-versed and well-formed in Ignatian spirituality. I’d been in so many different roles, not just in curriculum, but also in pastoral positions. Other than grounds and maintenance, there’s pretty much not been a role I haven’t had some experience in.

“I also have a very strong connection to the community,” he adds. “I may have been seen as a logical bridge from having a priest, a religious head, lead the school to somebody well-known in the community who also understood Saint Ignatius’ College in its context really, really well.”

Peter admits he was always attracted to teaching, even as a young boy, but influenced by an older brother and a curiosity to explore other avenues he went on to study economics at the University of Adelaide.

However, with his passion to teach still niggling, he added a Diploma of Education to his skills. “You know how it is in adolescence when you think you should try other things,” he explains.

“It was like that with me so I went into economics, not really knowing what I was going to do, nor where I was going to finish up. But I still liked the idea of teaching so I decided to do a Diploma of Education just to give it a try. I’ve never looked back.

Saint Ignatius’ College acted quickly when COVID-19 emerged. While some families kept their children at school, many others opted to access online learning via https://ignatius.sa.edu.au/student-life/online-learningduring-covid-19/. Meanwhile, fee concessions were provided according to need and capacity to assist families financially impacted by COVID-19.

“Teaching is a vocation. If you find something that you’re really passionate about and you really enjoy, and are probably good at, then it doesn’t feel like work. It feels like it’s life, it’s energy, it’s meaning.”

Before returning to Saint Ignatius’ College as Religious Education Coordinator in 1995, Peter taught at St Michael’s College and spent a year in Papua New Guinea teaching at a remote mission school accessible only by a dirt track and attended by students who also ran the local family farms.

It was a tough year, dogged even further when he became seriously ill from malaria, but it’s a period in his life he regards as crucial for teaching him the practicalities of economic development and the relationship between rich and poor countries.

“I’d taught economics and I actually wanted to experience its impact on a developing country,” he explains. “I wanted to see the way the world was for the haves and the have-nots.

“We pumped our own water and generated our own electricity and while the kids weren’t nearly as sophisticated as Australian schoolkids – they were quite innocent in a way – in many aspects, they were just the same. They loved their friends, they loved learning, they loved being involved in what was going on. Naturally, there were some rascals and there were some good ones. But it was largely relational and very much about community, a tight one at that because it was so self-contained and remote.”

At Saint Ignatius’ College, Peter, just like his mum, is Mr Coffey to all his students, including those related to him. And there are a lot of them. His son Sebastian is in Year 10, there are 10 nieces and nephews scattered throughout other years and Peter’s wife, Miriam, is on staff.

One can only imagine the challenge for Miriam’s father, John Doyle, a former scholar and Chief Justice, when it comes to choosing between weekend sports with 11 grandchildren at the school. With his family completely “surrounded” by Saint Ignatius, Peter values and appreciates the contribution the parents offer to the school.

“At enrolment interviews, we talk about the fact that we don’t actually enrol students, we enrol families. I love the community I’m a part of, we’re part of a grand endeavour, really engaged in something that is quite extraordinary. Young people are the future of our world. They are idealistic and they’re passionate with all these gifts and graces they’re growing into and developing. And the staff I work with are fantastic.” 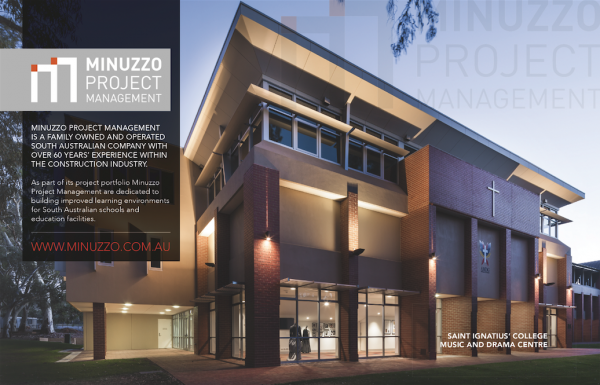