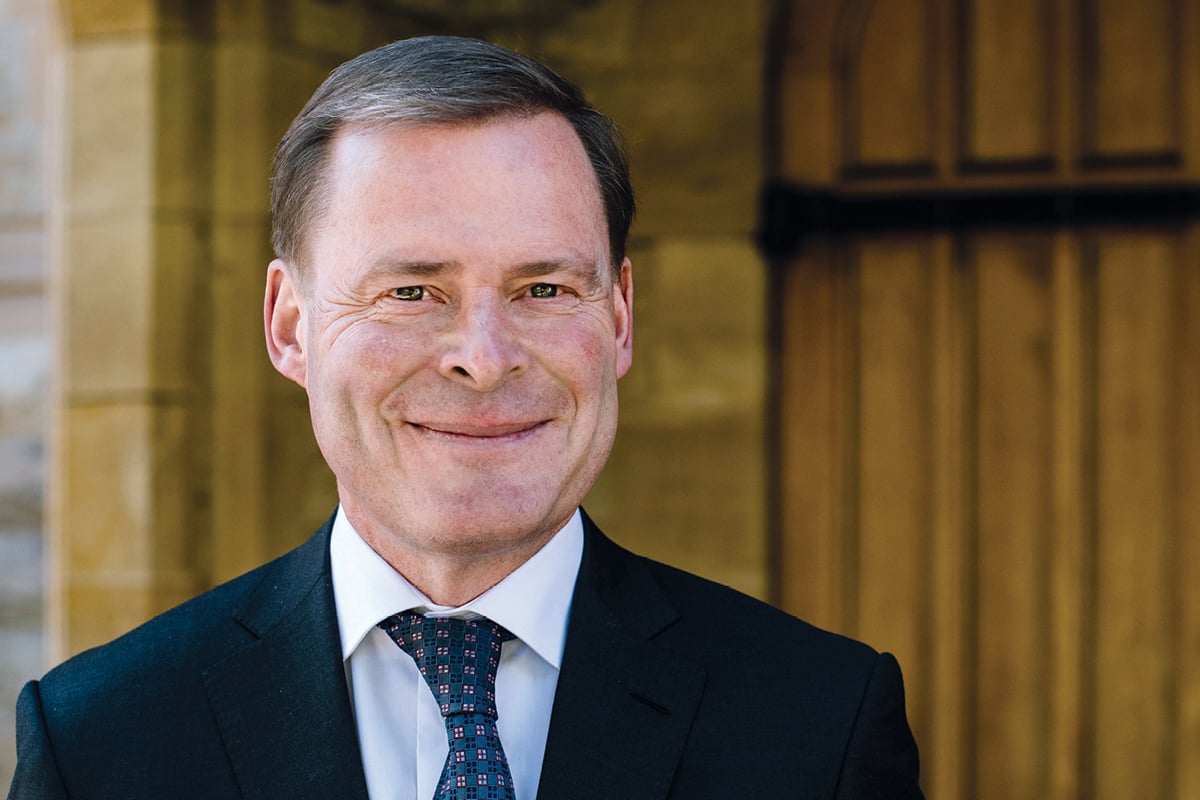 Peter Rathjen, Vice-Chancellor of the University of Adelaide, was probably destined to end up in academia. He spent his life – even his early childhood – around the South Australian university, since both his parents had studied and worked there from when Peter was very young.

With such a deep connection to the state of South Australia and the University of Adelaide, consistently ranked among Australia’s best, it seems only natural that Peter became an academic himself.

In fact, he and his four siblings all graduated from biological sciences and married other graduates in the same field. Small wonder then that Peter credits the university with shaping his life and family.

That said, he never intended to move into leadership, into a role as Vice-Chancellor. It happened organically, after the completion of his post-doctoral research at Oxford University.

Moving across several leadership roles in Adelaide’s science departments, he eventually took up similar positions with the University of Melbourne.

In 2011, he accepted his first Vice-Chancellorship – not with Adelaide, but with the University of Tasmania. The university’s necessity for a modern society became clearer than ever to Peter and, along with the media and the government, he pushed for its growth and evolution. 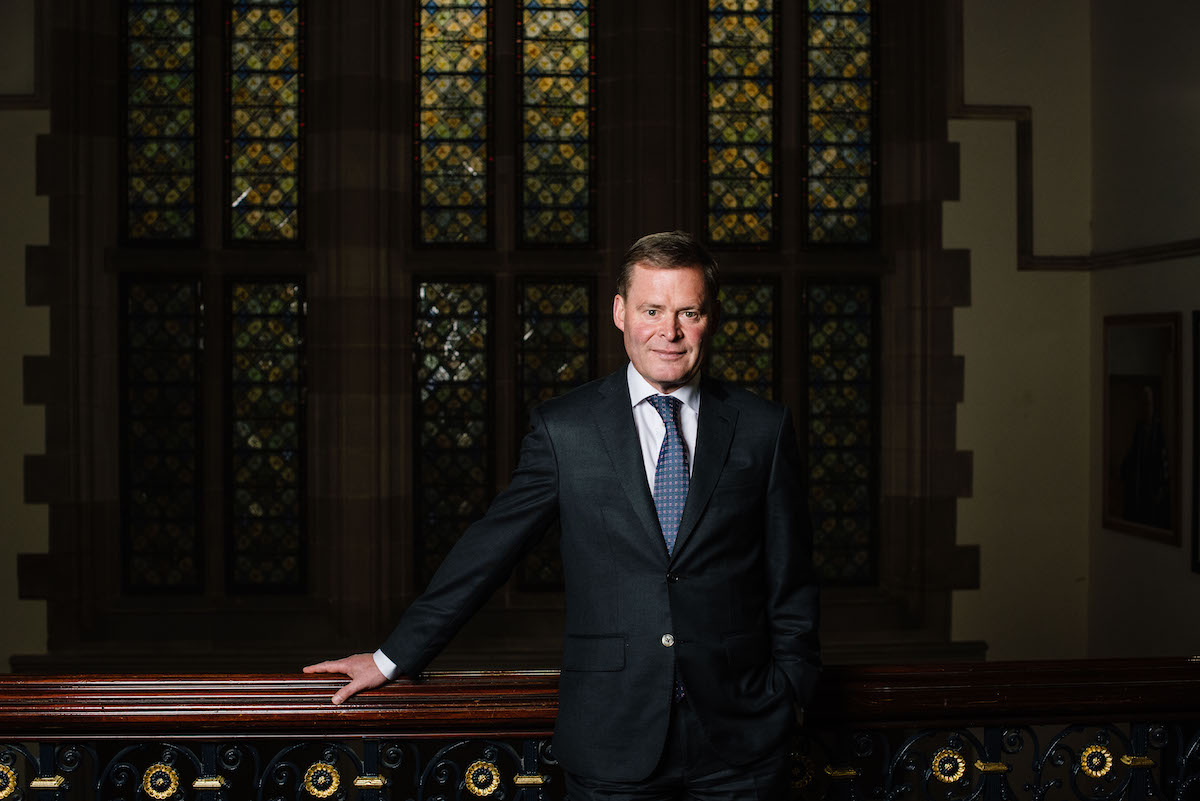 “We managed to get a broad consensus about the evolution of education in an island that hadn’t thought much about it, or about the value of research and innovation, in an economy that needed reinvention,” he says.

“The idea that we were of the community, with the community, for the community – that was a new piece of thinking. It’s something I’ve found to be equally true as I come back to South Australia, another state that needs socio-economic reinvigoration, and suffers from a drain of young people interstate. We need to create futures for them here. The idea that we’re a powerful arm of society that can enable the drive towards the future – that’s what I learned in Tasmania, and brought to Adelaide.”

This effort has materialised in the form of growing global connections, and not just with more international students, who introduce new cultures and ways of thinking.

Partnerships with companies such as BAE Systems and Lockheed Martin have led such groups to set up operations in Adelaide, boosting not just the university’s capabilities, but also the city’s economy.

Better internship opportunities can be offered to students too; in Peter’s words, it’s about becoming a “participant” in society, rather than a “commentator”.

“It’s that idea of seeing Adelaide and South Australia as part of the entire world,” Peter explains, “with the university as a bridge, to help ideas move back and forth. The university is something that can bring the world to Adelaide and Adelaide to the world. It’s that piece of thinking that sits within the global world of ideas.”

“Money is not the shortcoming; it’s either the idea, or the ability to execute on the idea.”

At the heart of this growing global network are the university’s students and academics. Even with this global outlook, Peter remains passionate about Adelaide’s capacity to enrich the lives and careers of young people, to “realise their talent and express their creativity”.

Though he’s moved into senior administration, he draws pride from the chance to engage with academics, who he describes as “the best and brightest”; even just conversing with them is enough to inspire him towards building a better future for the University of Adelaide.

Challenges still lie ahead; in recent years, funding cuts have been a fact of Australia’s academic landscape, but Peter perseveres. “As an academic, one of the things I’ve learned through my time is that great ideas almost always inspire support,” he says.

“If you talk to the venture capital community, they’ll say the same thing. Money is not the shortcoming; it’s either the idea, or the ability to execute on the idea.” 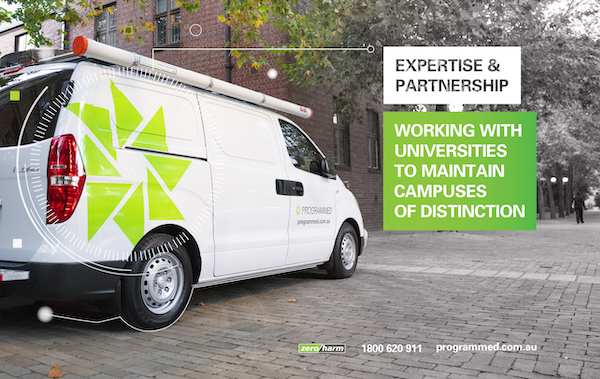 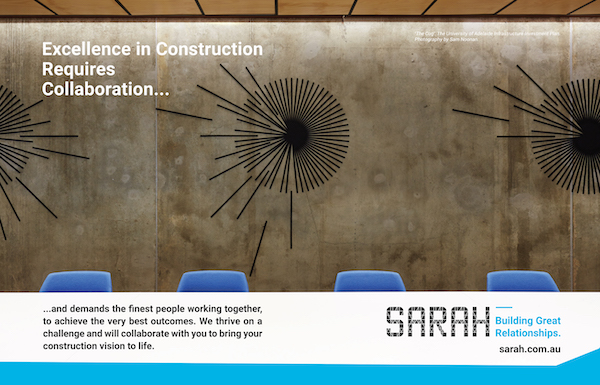