“I am doing what I was born to do.”: Phillip Heath Every school morning, Phillip Heath writes a birthday card. Or two. Or 10. It’s a ritual the Head of Barker College performs without interruption so he can deliver the cards personally to each student celebrating their special day.

“I visit up to 10 classrooms,” he says. “It gives me a chance to connect personally with the kids and the opportunity to do a pulse check on our culture. It’s incredibly important.”

It is this gesture that sums up the dedication and commitment Phillip has for his students at the private Sydney school – all 2,420 of them from pre-kindergarten through to Year 12. It’s also a delicious irony, considering Phillip didn’t enjoy school himself and he freely admits his remarkable 30-plus years in teaching were launched more by accident than design.

A critical thinker who loves to learn, he was heading towards a life of study and research in academia when offered a job at Trinity Grammar School. “As soon as I got into the school environment, I found something deeply fulfilling,” he remembers.

“Being a teacher offered me the chance to build relationships, connect with minds and develop human growth. It was an extraordinary privilege that I’ve never ceased to find miraculous.

“However, as a boy I found school reasonably tough. I enjoyed the learning, but not the environment. I was a sensitive personality who took things seriously and to heart, and that made me vulnerable to bullying.”

Phillip was Head of St Andrew’s Cathedral School and Principal of Radford College before being appointed the ninth Head of Barker in 2014.

He’s also an Honorary Fellow of the Teachers’ Guild of NSW and a Fellow of the ACT Branch, Australian Council of Educational Leaders. His years of experience and love for the job have led him to two conclusions. 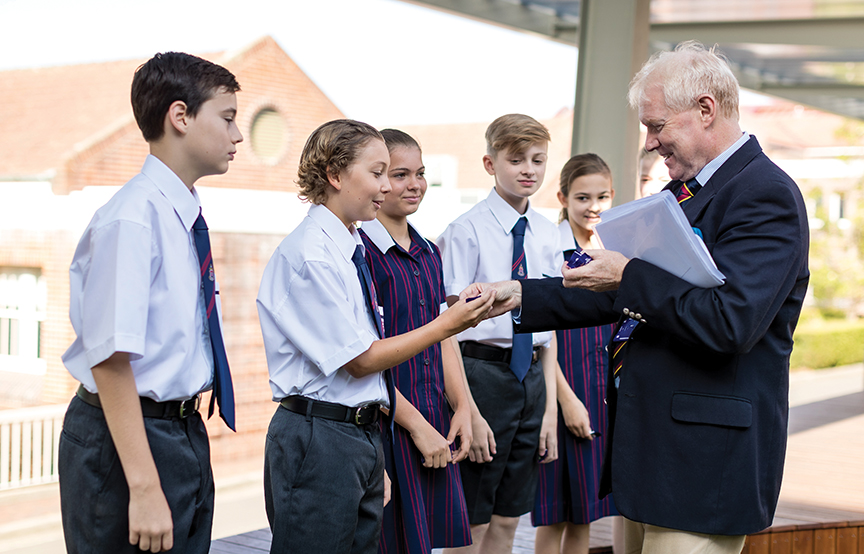 The first is that people should love kids as they are and not as they want them to be. The second? “I think I am doing what I was born to do.”

In 2018, his enormous contribution was recognised when he was awarded a Member (AM) in the general division of the Order of Australia in the Queen’s Birthday Honours list for his service to education and commitment to creating greater opportunities for Indigenous students.

Founded in 1890 in Kurrajong Heights, Barker was single sex until girls were introduced in Years 11 and 12 in 1975, and it will be fully co-educational by 2022.

While academic excellence and extraordinary choices in sport and extracurricular activities are key, the school focuses heavily on preparing its students for life beyond the school gates, particularly for the realities of a world outside the privileged bubble of an elite private school.

“I want the lens to be broader,” Phillip reflects. “We need to think bigger than the ‘mint gates’, which stand like sentinels to our school here on the upper North Shore. We can’t ignore the concerns of the rest of the world around us and we need to build a greater diversity of acceptance of difference.”

Being a teacher offered me the chance to build relationships, connect with minds and develop human growth. It was an extraordinary privilege that I’ve never ceased to find miraculous.

This lesson in diversity is exemplified by the Indigenous primary schools Phillip has founded, launching the first, Gawura School for Aboriginal and Torres Strait Islander children in 2007 while head of St Andrew’s.

Darkinjung Barker on the NSW Central Coast was opened in 2016 and Ngarralingayil Barker at Wollombi opened last year. Both were empty government primary schools reactivated by fundraising, and students are transported to and from school in Barker buses.

The children also visit the Hornsby campus regularly, attending classes and sporting activities, and their peers reciprocate with visits to their schools. Once they graduate in Year 6, the students are offered the opportunity to continue their education at Barker, supported by bursaries.

“We have nearly 70 students from 10 different Aboriginal nations attending our school at the moment,” Phillip says. “So, when we acknowledge country, it’s not just an abstraction, it’s acknowledging our own school community.”

Another junior school, Dhupuma Barker, in partnership with the Yothu Yindi Foundation, is opening in April in Gunyangara, East Arnhem, home to the Yolngu people. “Dhupuma is a Yolngu word meaning to look up and out,” Phillip says.

“We’re pretty excited about this one, to be working with the local community in the Top End.” Providing educational opportunities to Indigenous Australians is a very personal responsibility for Phillip, who drawing on his own experience understands all too well how success can often be determined by pure chance.

“Coming from a very humble background, I have succeeded in ways I shouldn’t have,” he admits. “I drew from the benefit of having years of free university education offered in the 70s. Australia has given me much, so I wanted to be a part of a new way of reconciliation, to make good the gap between Aboriginal and non-Aboriginal Australians.”

While Phillip is working on a manuscript, One Life at a Time, an “attempt” to chronicle his experience, it’s perhaps just two words that best sum up his achievements. “A former colleague told me he wanted ‘He tried’ written on his tombstone. If you develop a vision or have an insight into something, you’ve got to try. That’s enough.” 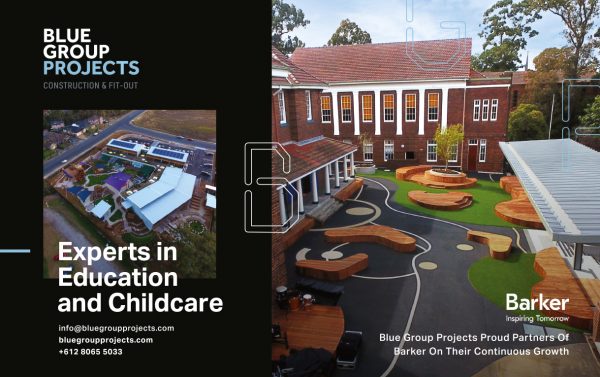 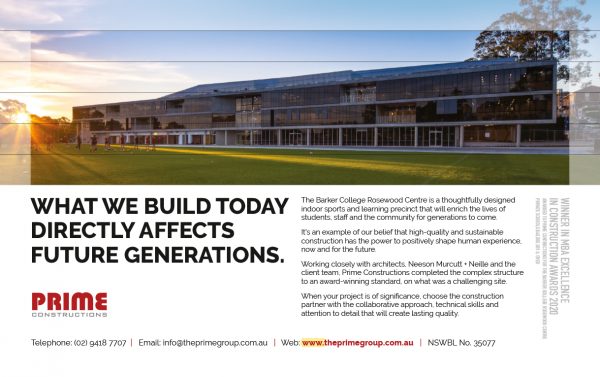