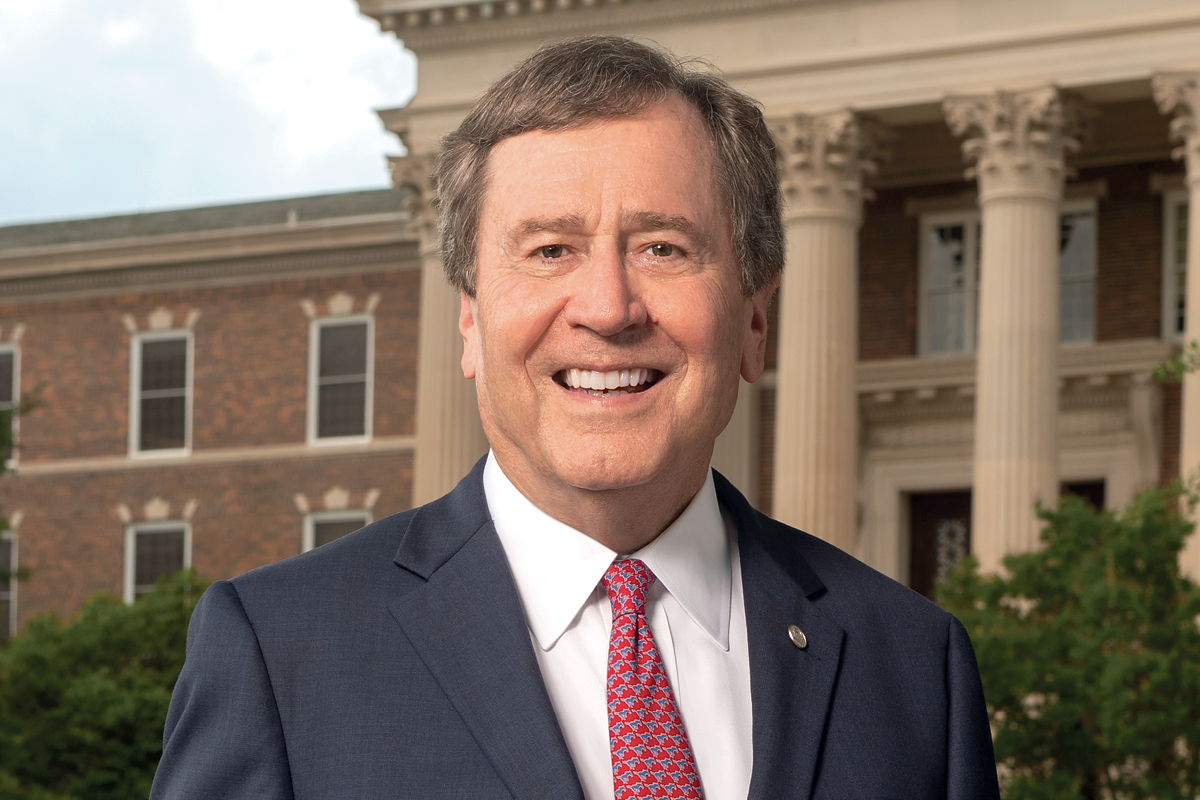 There’s probably no college president more dedicated to his university’s future than R. Gerald Turner. He’s a native of Texas and studied at three of the state’s universities, but Turner really cemented his place in Texas when he became the President of SMU – Southern Methodist University, in Dallas.

When he joined in 1995, SMU was already recognized as one of the most beautiful places to study – students happily carry their books across vast lawns while tree-lined boulevards and neo-Georgian architecture give it an air of solid grandeur.

But its academic reputation has also soared, with The Wall Street Journal/Times Higher Education putting it within range of the top 10% of US universities. SMU is recognized as one of America’s best graduate schools for digital game design and is building an emphasis on data analytics across its broad curriculum. Further, it’s one of only seven schools to offer a degree in human rights, and its music and dance programs have been ranked among the best in the nation.

During Turner’s tenure as president, SMU has undergone a major transformation. It has raised more than US$1.6 billion for student scholarships and other priorities, has reinvigorated its engineering school, created an education school, and poured cash into new sports arenas and training facilities that support Division 1 athletics, including football, basketball and championship swimming. But as an organization improves, there’s a temptation to also grow bigger. According to Turner, the two aren’t compatible. “That’s what I told the board when I joined. So, we’re still at nearly 12,000 students, just as we were in 1995. SMU is still big enough to have 18 doctoral programs, yet small enough to have an average class size of 11. That makes it a great place to be.”

Turner isn’t a boastful man, but one project for which he does demonstrate justifiable pride is the opening of SMU’s George W. Bush Presidential Center in 2013, something he knew would cause some controversy.

There were concerns from some faculty and members of the United Methodist Church, which, although providing very little financial support to the non-sectarian university, approves the board of trustees, half of whom are United Methodists. In addition, there were problems acquiring the necessary land. On top of that, George W. Bush had so many people wanting his library, and so many community ties around the state, that the location was decided by a competition of proposals, making the decision to locate it at SMU that much more gratifying.

President Bush had lived in Dallas and his wife, Laura, is an alumnus of the university, so Turner was determined to make the library happen and regarded the controversy as a bonus. “Frankly, if supporters are going to the effort of raising US$500 million to build and endow a library, you want one that generates a lot of interest,” he says.

“If supporters are going to the effort of raising US$500 million to build and endow a library, you want one that generates a lot of interest.”

“When it opened, to have all five living presidents, people from all around the world and media here was fantastic. It was a great celebration and well worth all the effort. Now everyone’s delighted it’s here at SMU.

“President Bush and Laura both lecture on campus and people who come to visit them are usually involved in things here too. It’s been very beneficial.”

While Turner may not shy away from controversy, he takes great pains to emphasize to his students the importance of civil debate. “If it can’t be done within an academic institution I don’t know where it can,” he says. “SMU is a very open university and has a great history of acceptance and cooperation.”

“SMU is a very open university and has a great history of acceptance and cooperation.”

Turner has two psychology degrees that surely help manage all different views and mindsets, but it’s his disarming, straight-talking ways that have won the most friends. About a third of SMU donors are not alumni but simply like being involved in this Dallas center of excellence.

“They see the fruits of their labor. They see that if they help us with scholarship support, we get better students. If they give an endowed chair, the university can attract an outstanding faculty member. I really do think people have enjoyed the dramatic increase in national visibility and quality of the programs at SMU. We try to reflect the ‘up and at ’em’, very positive, can-do attitude that defines Dallas. Our students are generally the kind of people who want to get things done.”