Sandra Harding must have been a very busy child. After all, according to the Vice-Chancellor of Townsville’s James Cook University (JCU), busy children make busy adults. And Sandra is very busy.

“It wouldn’t matter what you were doing, you’d be busy at it,” she muses. “Now as an adult, I do think time expands, or contracts, to fill the demands required of you. Sometimes it’s very testing, while at others you feel like you’ve got a bit more breathing space.

“I have an enormous capacity for work, I always have had. I like to think I work efficiently and effectively and I am supported by excellent teams, all of whom step up and are highly competent.”Sandra’s day job is running a university comprising 22,000 students from 108 countries across three campuses in Townsville, Cairns and Singapore. Hundreds more study JCU courses available in Brisbane, Mackay, Mount Isa and Thursday Island.

Meanwhile, her external roles include Project Convener, State of the Tropics project; Commissioner, Australian Centre for International Agricultural Research; Director of the North Queensland NRL club; and Governor of the Committee for Economic Development of Australia. She also sits on the Board of Citizens of the Great Barrier Reef.

“The university is my priority,” she says. “First and foremost, I’m the Vice-Chancellor and President of James Cook University. All the other external things I do touch the university in some way, whether it’s research, education or policy development. Otherwise I won’t be involved. Yes, there are quite a few of them. But some involve just four meetings a year or are highly intense for a short period.”

JCU is unique in its focus. Its 403 degrees and diplomas centre on four themes relevant to tropical regions around the world: people in societies; industries and economies; environments and ecosystems; and health medicine and bio security. It’s a broad footprint resulting from remarkable insight.

“After World War II, with an understanding of what happened in the islands, the federal and state governments recognised that Australia wasn’t just a European outpost, that the nations in the tropics were going to become more important to us, not less.

“In the late 1950s, it was also agreed that Queensland needed a second university to provide education and research on issues of importance to the people of the north. Then they decided, and I find this breathtakingly foresightful that people were thinking about this in the late 1950s and 1960s, that this new institution would focus on education and research on the important issues affecting the tropics worldwide.”

On 29 June 2014, James Cook University launched the landmark State of the Tropics report simultaneously in Myanmar, Singapore and Australia. The report was an international collaboration by leading research institutions from the world’s tropical zone, recognising the region as a geopolitical and environmental entity in its own right, and highlighting the global implications of its immense social, economic and environmental changes.

The university opened in 1961 as the University College of Townsville under the stewardship of the University of Queensland in Brisbane. It was another nine years before JCU became independent on 20 April 1970, at a ceremony in Townsville, 200 years to the day after Captain James Cook first caught glimpse of Australia, with Queen Elizabeth II giving her personal assent to the Act of Parliament that established James Cook University.

“That huge demographic dividend is significant,” Sandra says. “You need to make sure those children are growing up to live a life rich with meaning, on their own terms, in their own country. Or else we can’t be surprised if there are further mass movements of people, and further radicalism and extremism born out of dire poverty and disadvantage.

“This is a global community issue and JCU is leading the research into it. We don’t look south. We look north, east and west. What happens in the tropics over the next 30 years will fundamentally affect the trajectory of the world. It’s that important. It’s why I wanted this job.”

“What happens in the tropics over the next 30 years will fundamentally affect the trajectory of the world. It’s that important.”

Celebrating her 12th year at JCU, Sandra, an economic sociologist, has academia deeply imprinted in her DNA. Before taking on her role at JCU, she was deputy vice-chancellor of the Queensland University of Technology and has held other executive positions in academia for two decades.

“I’ve seen a lot happen over that time,” she says. “It’s important to have an embedded understanding of universities; how they work, how public policy works, the history of it, and how we might like it to be.

“I believe in the collegial nature of universities. People need to feel comfortable to raise issues and suggest innovations. I spend a lot of time, although it’s never enough, going to all areas of the university and speaking to smaller groups, directorates, colleges or offices to hear their thoughts and ideas.”

Sandra remembers one of the best moments of her career as sitting up in bed at home in the early hours of a 2016 June morning, live streaming the United Nations General Assembly. On the strength of JCU’s 2014 State of the Tropics report, the Permanent Representative of Australia to the United Nations, Gillian Bird, was advocating the recognition of 29 June as the International Day of the Tropics.

“The UN’s General Assembly passed the resolution without dissent and I shut my laptop and thought ‘Goodness me, what’s just happened!’ There was Gillian Bird talking about the importance of the tropics and the work being done by us,” she says. “JCU was mentioned, our report was mentioned, from the same podium where Martin Luther King and Nelson Mandela had stood. That was a spine-tingling moment. Just amazing.”

The home country of the largest group of JCU international students studying in tropical Australia is the US, and it’s easy to see the attraction. Apart from northern Queensland’s affordable housing, the Australian Institute of Tropical Health and Medicine, and global recognition for JCU’s prowess in marine, earth and environmental sciences, the university lies right next to one of the seven wonders of the natural world – the Great Barrier Reef.

“Yes, it’s a stunning environment, a great place to learn,” Sandra concedes. “Our students want to do the things we’re very good at. They want to make a difference to a major part of the world. Those are the people we attract, including 4,700 staff from all over the world. 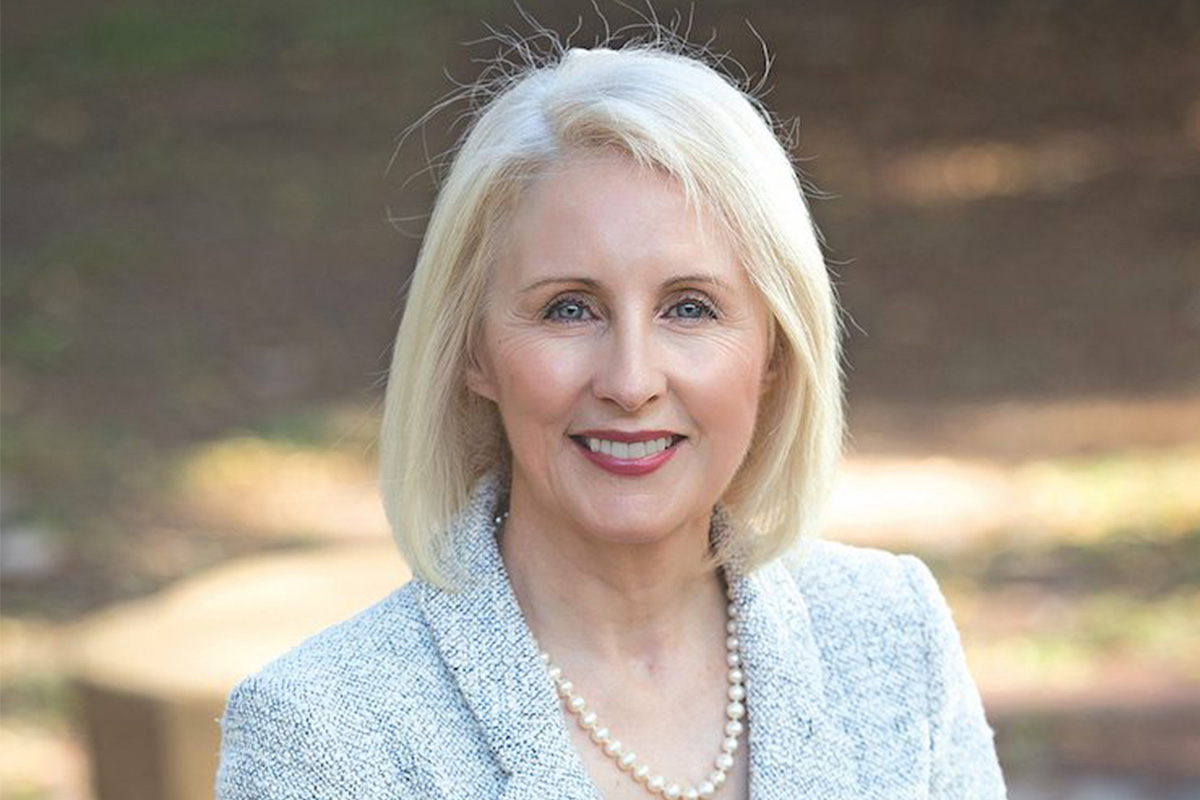 “Townsville and Cairns would be very different without the university here. There is a vibe to these university cities that wouldn’t be here without the students and staff. We are one of the biggest employers in the north and contribute millions of dollars to the regional economy. Everything we do has an impact on the local community.”Sandra is well aware of the criticism sometimes directed at the hefty salaries commanded by university vice-chancellors and agrees the perception of the role is often distorted. No-one, after all, would question the salary of a top-performing CEO running a global company engaging more than 27,000 people.

“We’re a billion-dollar enterprise operating internationally and the buck stops with me,” Sandra says. “Universities are extremely large, highly complex organisations. Not only are they a business operation, but the special nature of education and research engages collegiality, involving contestation and challenge, and this does not always correlate within the operations of large private enterprises. That collegiality is part of what breathes life into universities.”

Another aspect of Sandra’s job, unique to universities, is the reliance on government support and policy. Governments come and go, policies change, and so does public opinion. However, Sandra says she’s never confused by government, nor by its role in the support of universities.

“I’m not an elected representative and universities are not the government,” she explains. “Governments are elected on a policy platform and they form public policy consistent with their own intent. Our job as universities is to help governments and oppositions understand what good public policy looks like from our perspective. In the end, the government is the government, and if it chooses to pursue a policy agenda not aligned with ours, we simply crack on and do the very best we can with what we have, and continue to inform as best we can. If it happens in our favour, fantastic!”

Outside of school and when not sitting on boards or councils, Sandra relaxes with her husband, daughters and their families, including grandchildren. She also enjoys bushwalking, skiing and the occasional holiday which, she admits, is always very busy. Just how she likes it.

“I always have a crack, I like to have a go. Say yes more than you ever say no and follow your passion, because that will always lead you to a satisfying life.” 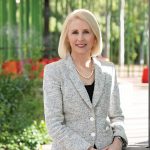