As the managing director of group colleges Australia, Alan Manly is bringing a passion for customer service to the education sector.

As the managing director of group colleges Australia, Alan Manly is bringing a passion for customer service to the education sector.

You’d be forgiven for thinking Alan Manly might be a little bitter. The author of When There are Too Many Lawyers … There is No Justice, a book chronicling the decade-long fallout from a lawsuit over A$115 in printing fees, Alan’s public image has been haunted by the events in his Kafkaesque memoir. Detailing a series of bad legal decisions and escalating court cases, Alan says the events in the book left him traumatised. 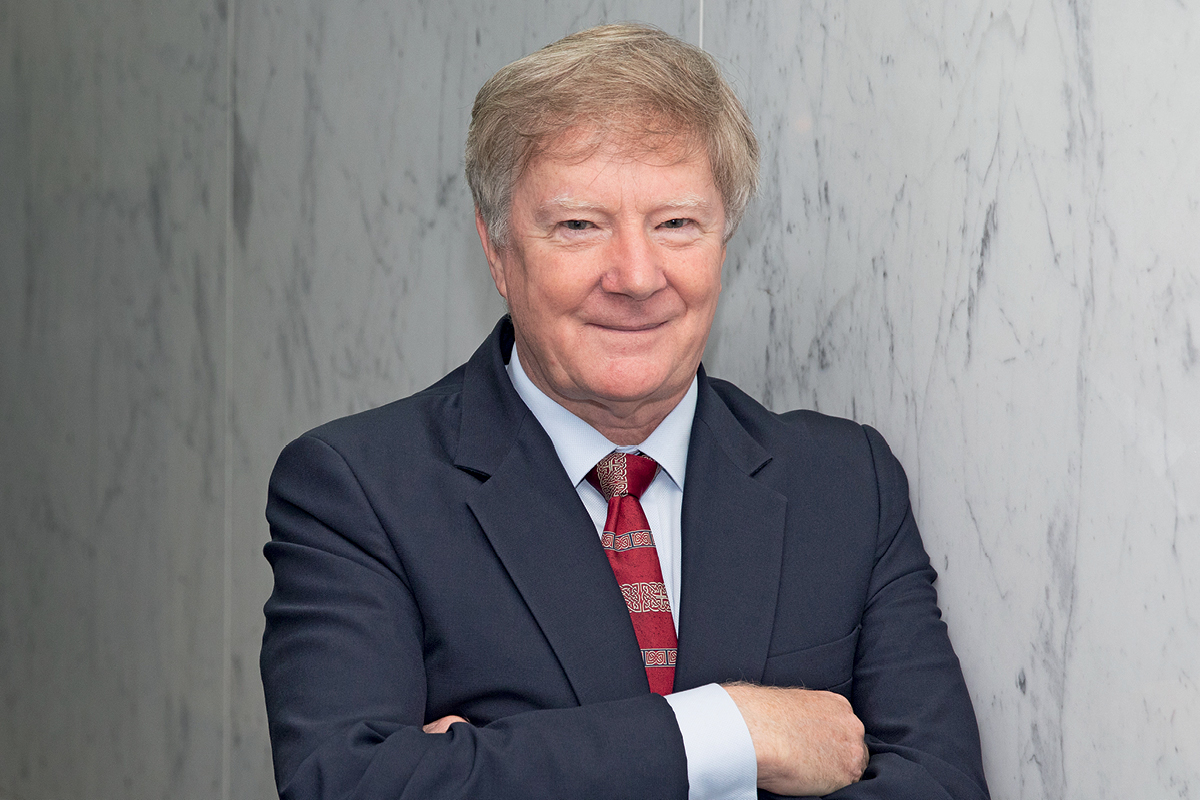 He doesn’t let on, though; he’s jovial, cracking jokes and bantering about the ups and downs of his career. Still, is there a chance that the events influenced his professional journey?

“Do you think a decade of being locked in vexatious litigation that took me from the lowest to the highest court in Australia would influence my life? How many volumes do you want to write?” he chuckles. “I’ll try to summarise it; the legal system is a battleground. It’s adversarial. The odds of the litigant winning in every court in the land is slim. Much like in business, success in the courts is hard.”

He pauses and starts to giggle. “Is that emotional enough? Would you like me to say that I hate them? Because I don’t hate them.”

With time, Alan says he’s learned to put the experience behind him. Although he does add that, looking back, he’s unsure how he mustered the will to carry on. “It started as a dispute over A$115 and my adversary ramped that dispute up to A$1.2 million.

I didn’t have that much money; if he had won, I’d have gone bankrupt and I never would’ve become an entrepreneur.”

Although Alan won in the courts, the victory was bittersweet; he was unemployed for four out of the 10 years that the case dragged on for. Receiving his legal documents on Thursdays, he’d study them on Fridays, Saturdays and Sundays, appearing before the court on Wednesdays. “You don’t earn much money doing that.”

Alan’s wry sense of humour about what happened is a defining personal trait. Despite his current success as Managing Director of Group Colleges Australia (GCA), a private higher education institution, he calls himself an “unlikely entrepreneur”, the protagonist of his second novel. Why is that?

“Part of the image of an entrepreneur is someone who is an expert with technology or money,” he explains. “I had a modest beginning, which isn’t unusual, but I took the long road to entrepreneurship. I was competent in the technical and education fields but I had a decade tied up in legal battles. It was a very unlikely, long and slow path to entrepreneurship.”

Reflecting on those “modest beginnings”, Alan shares how he left school in year nine to work as a postman. “My mother thought that a government job was terrific. It meant stability and, let’s not forget, a uniform. It was the most clothing I’d ever seen in my life at the time. A grey uniform and thick, black socks; it was the best wardrobe enhancement I ever had.”

Alas, Alan didn’t stick with the job. Against his mother’s wishes, he left the comfort of the public sector, taking a pay cut to work as an apprentice computer engineer. “She thought that was a sure sign of stupidity.” He survived, though, emerging as a computer engineer years later.

Working for a large, US-based company, Alan says his experience at a programming college motivated him to start thinking about automating education services. 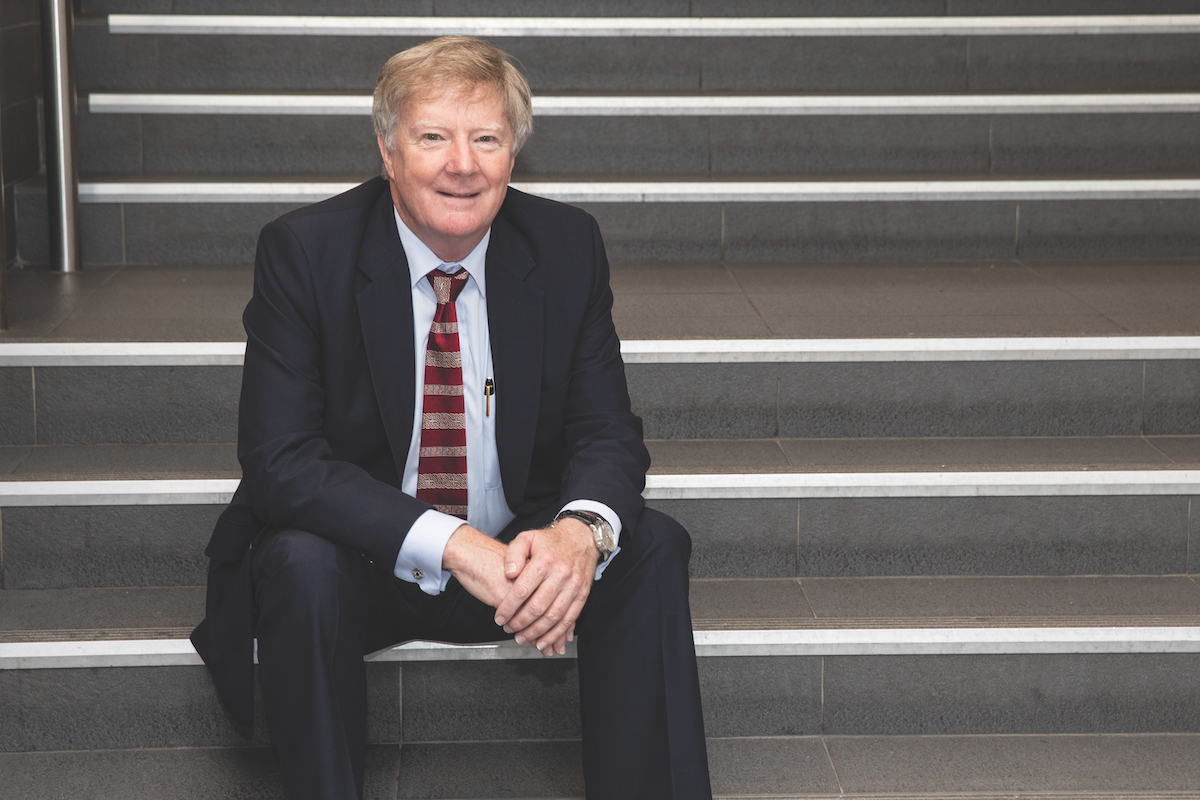 “I knew the basic concepts and I knew the industry because I’d been working in it. I started drifting away from the work and became interested in programming administrative tasks. I had been a business analyst at one stage, so I loved working out how to meet the goal of better customer service. That’s what led me to think I could start something like GCA.”

That was the origin of GCA, a group of higher education providers that would deliver easy-to-access and efficient coursework. In opposition to public universities, which Alan believes are overly “large and bureaucratic”, GCA benefits from being a smaller, private education institution run by someone who has actually seen success in business.

“I was working for a company that was obsessed with customer service and it taught me that the essence of service was respect. That’s why we treat our students as customers. I don’t like it when people talk about students as if they’re an inconvenience; they’re people. They are paying for a service and, in my view, they’re entitled to it,” he points out.

“When we recruit staff, we tell them that this is a customer service business for students. If this were an airline, the customers would be called passengers; when you have that mentality, queues start shortening and people are treated with respect.”

On top of its service mentality, Alan says GCA’s “blended learning” program sets it apart from the competition. “It consists of intense workshops, and quick and easy online pre-registration. You take a weekend off, and you sit in on the workshops, in person. That addresses ‘lonely learning’, which I think is the reason people drop out of online courses.

“Most people are social creatures and the high dropout rate for online learners is addressed with blended learning. Online sounds like you’re connected, but often you’re just sitting in a room by yourself doing an online course.

“You have to ask people, ‘Why would you pay to be a lonely learner?’”

It’s a bit like solitary confinement with a learning schedule for added stress. You have to ask people, ‘Why would you pay to be a lonely learner?’”

Alan makes the case that GCA addresses the need to educate people specifically in entrepreneurship. “Only a few generations ago, your ancestors were probably illiterate. Every generation wants to improve their lives and if they own a business, they’re probably at a stage where they want to take it to the rest of the world. Hence, the need for an MBA in entrepreneurship.

“Every generation wants to improve their lives, and if they have a business, they’re probably at a stage where they want to take it to the rest of the world.”

“I think the average university feels embarrassed using words such as ‘private enterprise’ or ‘entrepreneur’ in public, and it’s because of the culture. GCA is independent and is owned by an entrepreneur. The results of the 2017 Quality Indicators for Learning and Teaching survey says it all; our Universal Business School of Sydney (UBSS) ranked in the top 25 for undergraduate and postgraduate degree satisfaction. It outclassed the major universities in learner engagement, teacher quality, student support and school development. Need I say more?”

For a man who started off delivering mail and spent a decade fighting court battles, Alan doesn’t seem affected by his past. Unassuming and polite, he shares with The CEO Magazine his excitement for GCA’s future. As UBSS is “on a high”, he enthuses that now is “the perfect time” for the business.

“We’ve seen a boom in enrolment of international students, doubled our growth rate and worked on our product of entrepreneurship. We’re giving people the chance to escape from lonely learning and, so far, we’ve been successful.”