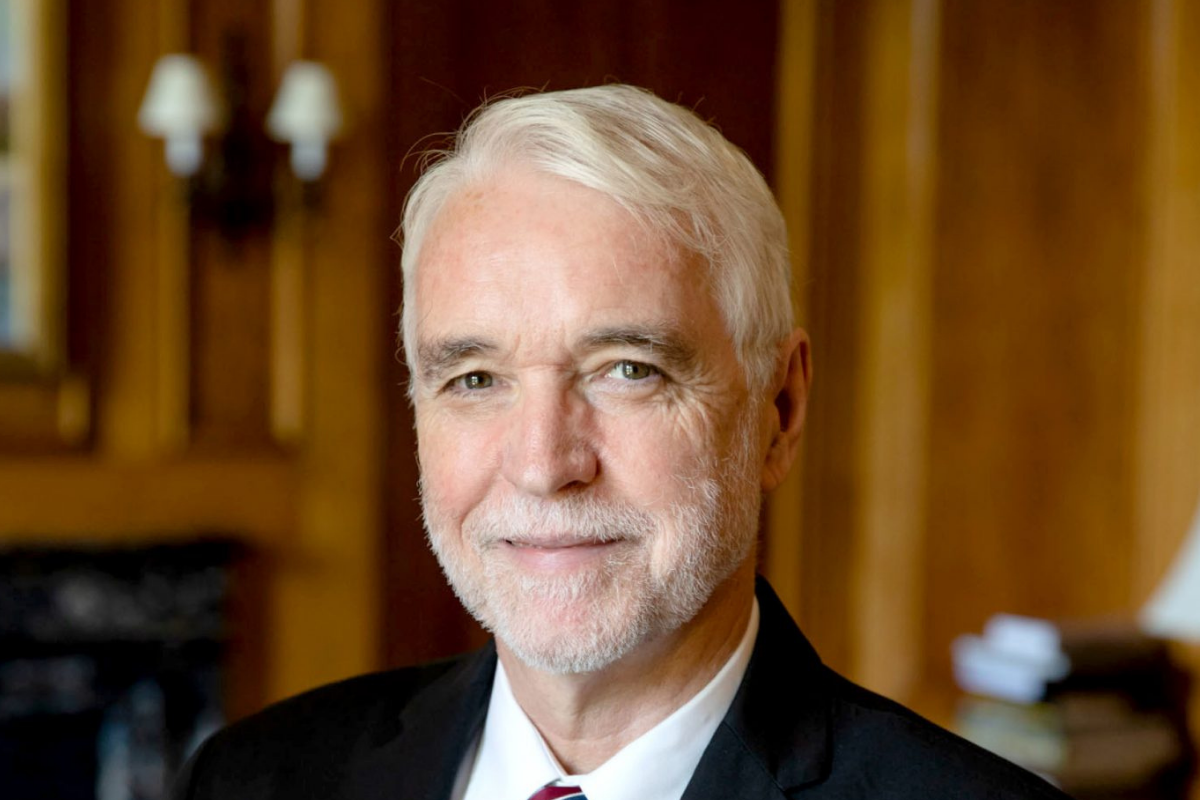 Actually, there are dozens of other inventions that could be added to the list, but it’d take forever to plough through every one. The answer is that all of them were devised by students or former students of the University of Illinois. The full list is extraordinary, and a testament to the incredible research and clinical trials that have made it one of the most illustrious and high-performing educational establishments in the US for more than 150 years.

Admittedly its alumni also includes the less-heralded men who brought the world whipped cream in a can and computer-generated music, but both are arguably still game-changers in their own right. “We’ve been incredibly influential in the digital revolution,” President Tim Killeen tells The CEO Magazine. “We are an amazing innovation hive with a tremendous legacy.” 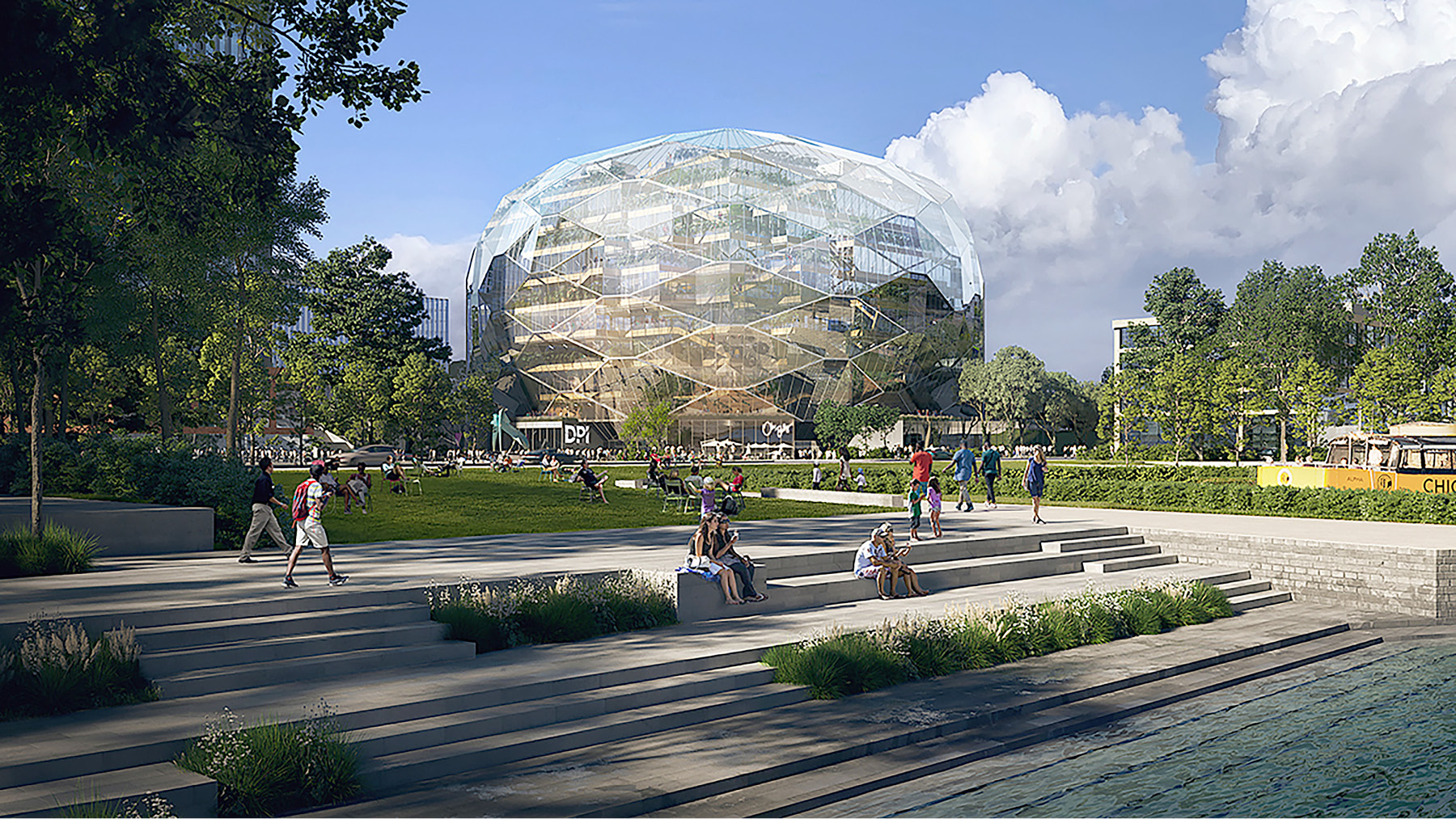 The establishment’s formal title is actually the ‘University of Illinois System’ as it encompasses three separate universities in Chicago, Springfield and Urbana-Champaign, with a combined student population of more than 90,000 and an annual budget of around US$7 billion.

Tim has been President for six years and has overseen a rapid rise in both the number and quality of courses. “We’re really on a roll – we’ve grown in scale, in excellence and in impact,” he says. “The main thing I’ve focused on is optimizing the work we do for the public good, so we’re not chasing any specific ranking or rating. We want the positive effects we have on society to be writ large through our research and education.

“Some universities are pulling back on going after talent, but we’re actually a poacher rather than a poachee right now, I like to say. And we’re not worried about becoming large scale; in fact, we aspire to be large scale. We don’t want to be small and excellent, we want to be excellent at scale.”

Enrollment is at an all-time high, as are diversity and research volume. A recent US$3.1 billion fundraising campaign is on track to reach its target well ahead of schedule, thanks in no small part to the 800,000 living alumni.

The recent Big Ten basketball tournament championship certainly didn’t hinder the amount of money coming in either. “The Illini did amazingly well, and these things are looked at by the alumni as a point of pride. So having just under a million people paying attention to us is certainly a plus,” he grins.

It was the collaborative culture and reputation for excellence, built up over many years, that attracted Tim to the job. 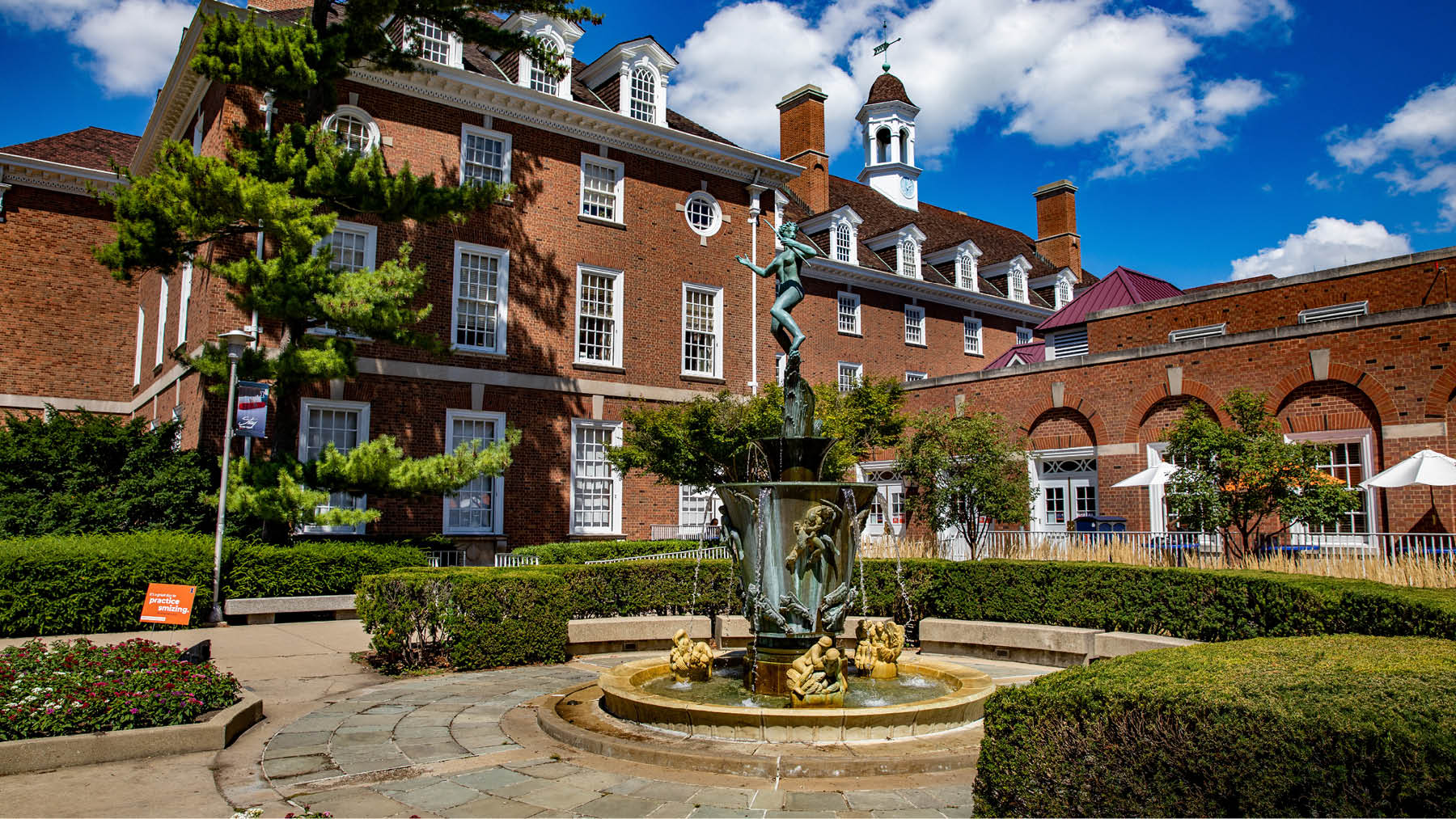 Illini Union on the Urbana-Champaign campus

“I’ve been at other universities, but I always really admired this one for its hard work, excellent ethos and tremendous legacy, so I was both humbled and flattered to be approached,” he says. “I felt I could contribute by bringing people together, creating a shared vision and steering us out of any problematic areas that waste energy. And, frankly, we’ve been able to inculcate a shared vision in a wonderful, wonderful manner.”

We’re a heavyweight, but we’ve been fighting in the welterweight division, so we need to stand up and stretch.

But there was one pressing problem – not unique to Illinois – that had to be urgently addressed. “Public trust and confidence in higher education has eroded over the decades, partly due to the cost of tuition,” Tim explains. “We needed to be an antidote to that and provide affordability, so a diverse set of talented young people could gain access to a world-class education at scale.

“The role of a public, research-intensive university is more important than ever as it’s where solutions for the problems that face society are going to flow from.”

For Tim, that can only happen if developing radical new approaches to those challenges is prioritized. To that end, he has implemented and championed an innovation agenda across every department.

One initiative is called the Discovery Partners Institute, and has been supported by the state to the tune of a half a billion dollars.

“It’ll provide a fluid, innovative ecosystem to enable people to gain skilled competencies, raise a family and have satisfying careers that solve the issues of our time, whether they’re related to energy, water, air quality, healthcare delivery or agricultural productivity,” Tim says. “We can contribute in a leadership fashion in all of these.”

He commissioned an analysis of the economic impact the university has on the state and found it to be US$17.5 billion a year. “We’re a heavyweight, but we’ve been fighting in the welterweight division, so we need to stand up and stretch, and really influence society to regain public trust and build a clear value proposition,” he says. 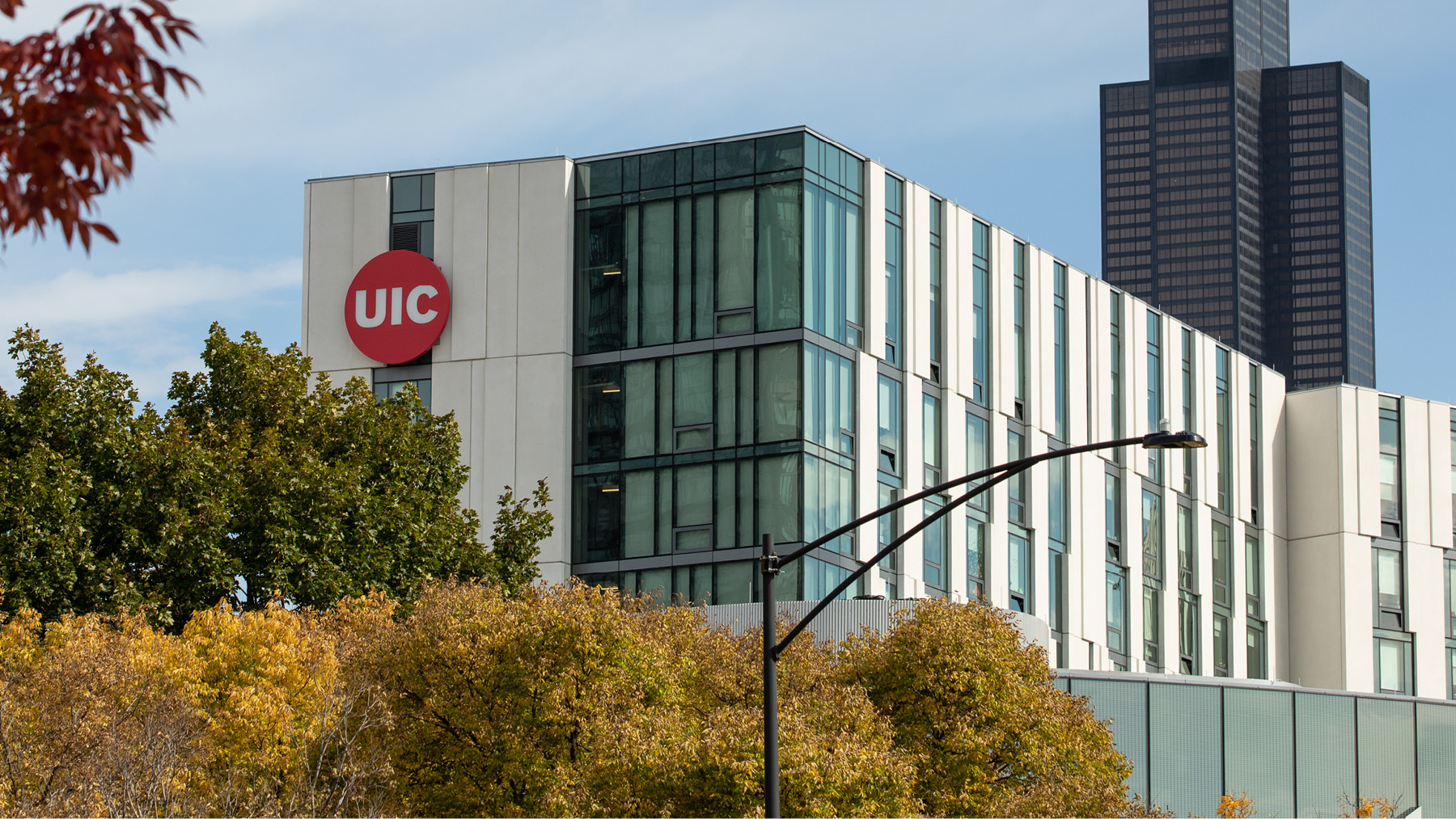 “Our standing has markedly improved, and we’re developing legislation, working closely with the Governor and Illinois lawmakers to influence public policy on many fronts and support communities around the state.

“The innovation agenda is important because we have to find solutions where the haves aren’t so far ahead of the have-nots.”

“This could be the region that really demonstrates how innovation should be done, where it’s not just about billionaires and uber-wealth creation, but lifting society up at the same time. I think that’s a fascinating vision, and we’re working towards it,” Tim explains.

Our standing has markedly improved, and we’re developing legislation, working closely with the Governor and Illinois lawmakers to influence public policy on many fronts and support communities around the state.

“It really is an extraordinary university in a state that’s the size of the Netherlands. It’s got a major world city, plus it’s the breadbasket of the food and agricultural sectors, so we have a bit of everything on the scale of a nation state.”

In the past, significant inventions, including nearly all those discussed earlier, were made in the towns and cities scattered south of the Great Lakes, but then taken to either the east or west coast to be developed because that’s inevitably where the venture capital is. 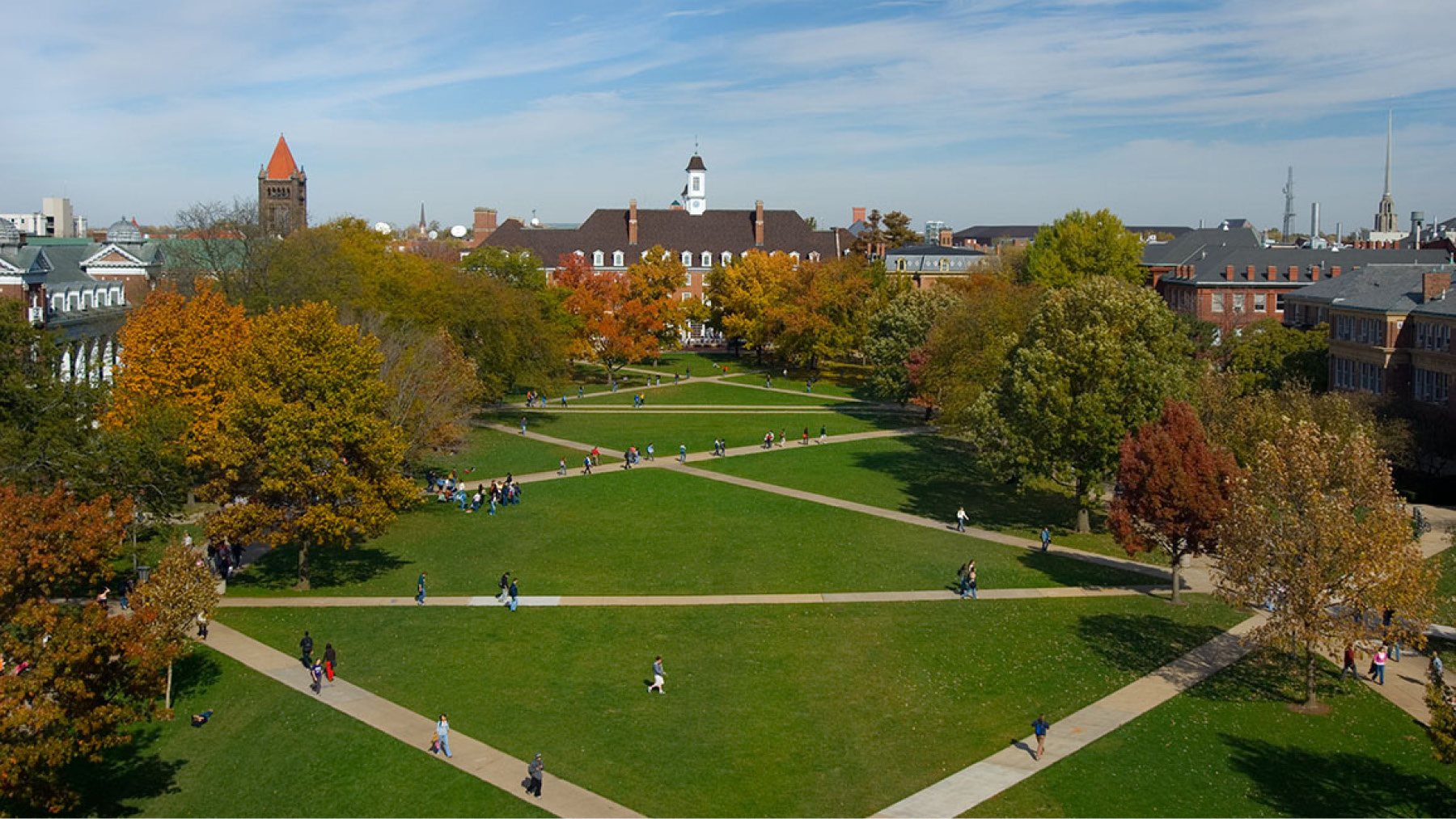 “I’m trying to create a third option where you have an east coast, a west coast and then, a third option,” Tim shares. “After all, we have Chicago where there is tremendous bandwidth. Think about that for a second. Everything’s going to artificial intelligence and machine learning, so bandwidth is power, right?

“We want to do it for our towns and our campuses, but also for the Midwest as a whole. It’s peppered with amazing institutions and world-class universities. If we can work together, we can take the word ‘rust’ out of the Rust Belt.”