The power of ‘We’: Tony Allen 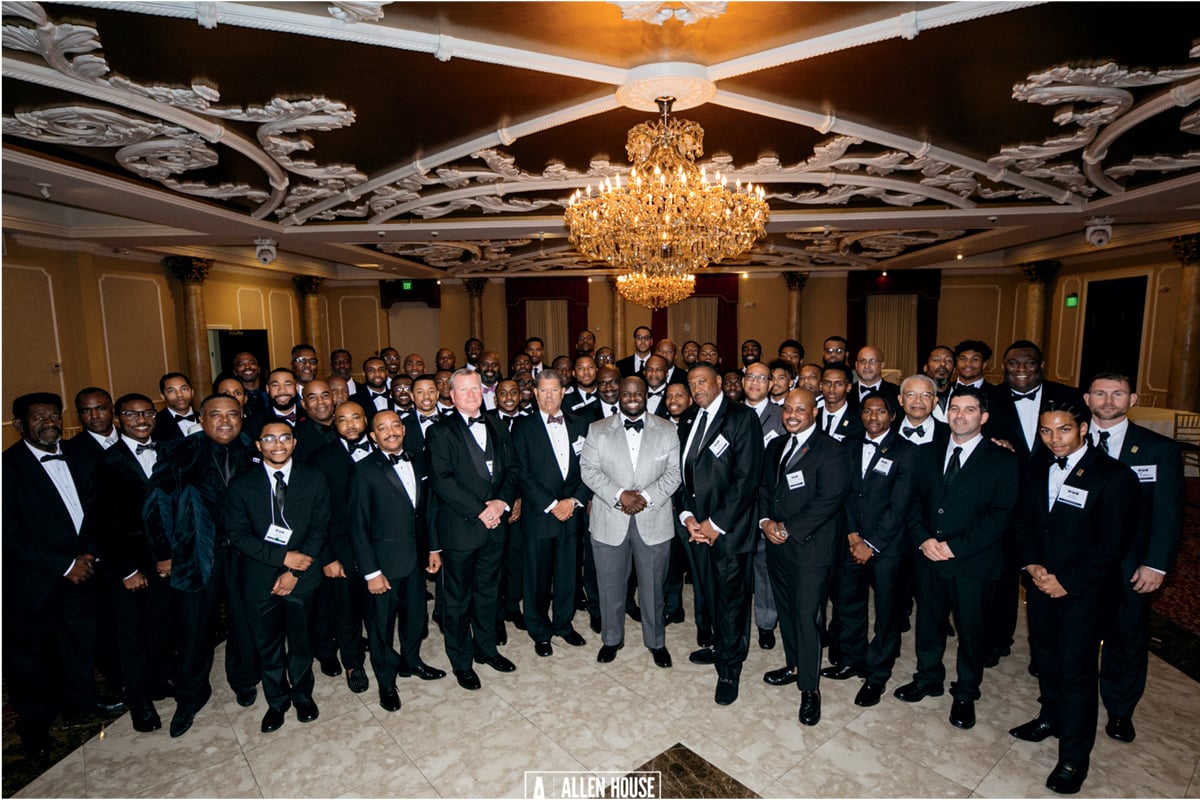 It could be argued that the timing couldn’t have been worse. For Dr Tony Allen, it was simply a challenge that had to be met head on and overcome. After over two decades of notable public service, Tony commenced his position as President of Delaware State University (DSU) on New Year’s Day.

Just two months into his tenure, he and the staff had to deal with a monumental setback to the lives of everyone in the university and the community that surrounds it – a global pandemic. “Since Governor John Carney’s first declaration of a State of Emergency on 12 March, the university has responded quickly,” Tony points out.

“Our priorities have been to ensure the safety of the campus community, maintain academic continuity for our students, and communicate regularly and transparently with internal and external stakeholders what we know and how we are responding in real time.”

A huge task, and the university did indeed respond quickly. It converted its entire academic offering to a completely digital curriculum, putting 1,447 courses online in just five days, reduced the campus’s footprint of students and employees by 95%, maintained residential care for 200 students who had nowhere to go, developed a COVID-19 emergency relief fund in the University Foundation, and provided equipment to students so they could continue studying at home.

A weekly online forum to update stakeholders was also initiated. DSU’s immediate and comprehensive response to the crisis under Tony’s direction is indicative of the commitment he brings to his new role.

His academic qualifications and awards speak to his commitment to social justice more broadly. Tony has a bachelor’s degree in political science, a master’s degree in public administration and a PhD in urban affairs and public policy, and has been honored with the Whitney M Young Award for Advancing Racial Equality, the Excellence in Education Award from the Delaware Barristers Association, and Lifetime Achievement Awards from Public Allies and the National Urban Fellows.

“I have a lifelong commitment to the power of education, but a career in both corporate America as well as working with socially committed non-profits like the Metropolitan Wilmington Urban League and Public Allies Delaware,” he says.

“While I’m a classically trained academic, my administrative experience has largely been in corporate and non-profit sectors. This gives me a unique perspective on the Presidency, and the ability to communicate effectively across many sectors.”

This stood him in good stead when he was noticed by Senator Joe Biden at the end of his studies in the late 1990s, and taken on as a speechwriter and advisor. This was, declares Tony, a life-changing period that gave him a clear vision of his future. 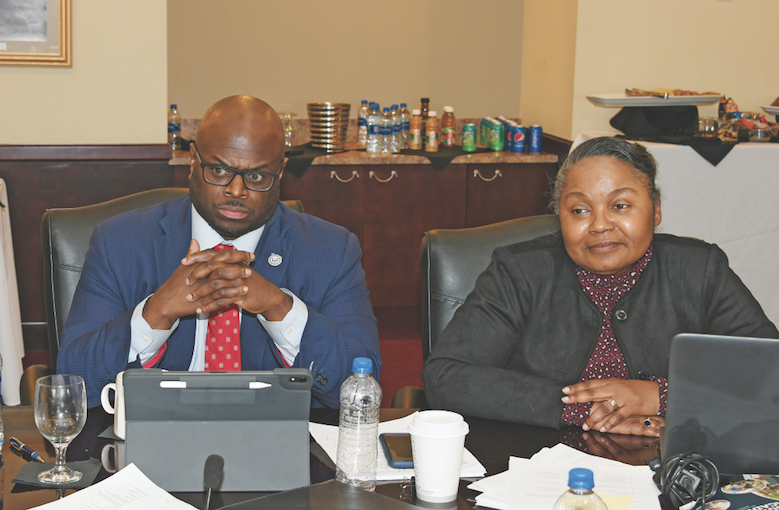 “More than 20 years ago, I worked for Joe Biden. He was one of the central catalysts to my life in public service, and by sheer example he gave me both the confidence and the conviction to serve as I have been served, to love as I have been loved. Today, he is an exceptional mentor and friend but, for all of us, he represents the soul of our nation.”

DSU has a responsibility to educate a new generation of citizens, and others who have no real access to quality education through a lack of opportunity. It has another just as important, adds Tony.

“Our second charge is to be ‘of service’ to the people and communities around us. These twin responsibilities are the hallmark of our mission to produce capable and productive leaders who contribute to the sustainability and economic development of the global community.”

Tony deflects personal kudos for any success so far in his brief tenure. It should go, he says, to his colleagues, who form the backbone of the institution. “I believe in the power of ‘We’. To be successful in any complex enterprise, you have to surround yourself with talented people; give them clear, overarching directives and as many resources as possible, and then set them to work.

Delaware State University at a glance:

Delaware State University was founded 129 years ago as a land-grant institution. It now has 5,000 students enrolled, with a full-time staff of 750. DSU is among the top premier Historically Black Colleges and Universities (HBCUs) in the country and boasts international partnerships with similar institutions in 23 countries. It operates on a budget of US$140 million and works with a research portfolio measure at US$23 million.

Initiative and innovation are rewarded, and accountability is essential. Without an environment of mutual personal and professional respect, you can achieve little. I’m blessed with an exceptional team at this university at all levels, and sometimes my biggest challenge is to make sure they make time to take care of themselves and their families,” he explains.

Civil rights activist and best friend, James H Gilliam Sr, suggested, “Don’t miss your moment.” Tony certainly did not. “I am a pretty spiritually centered person, and I have one constant prayer: ‘More of you and less of me until there is only you and none of me.’

To me, that means put my ego aside and walk in my purpose, boldly and without excuses. If I can do that, I believe that we will be what we have always been, and more,” he suggests.

“For us, that means a university that remembers its primary purpose, grows dramatically to support that purpose, and defines why HBCUs [Historically Black Colleges and Universities] continue to be among the most important institutions in a smaller, more connected world.” 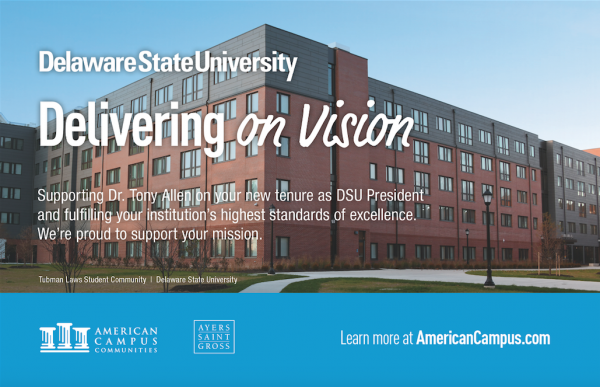 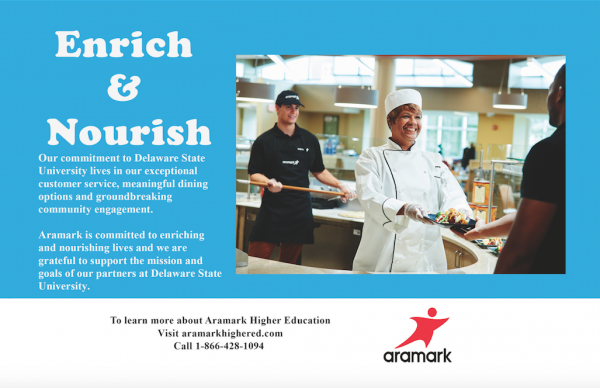