Made in China: Andrew Dahlgren 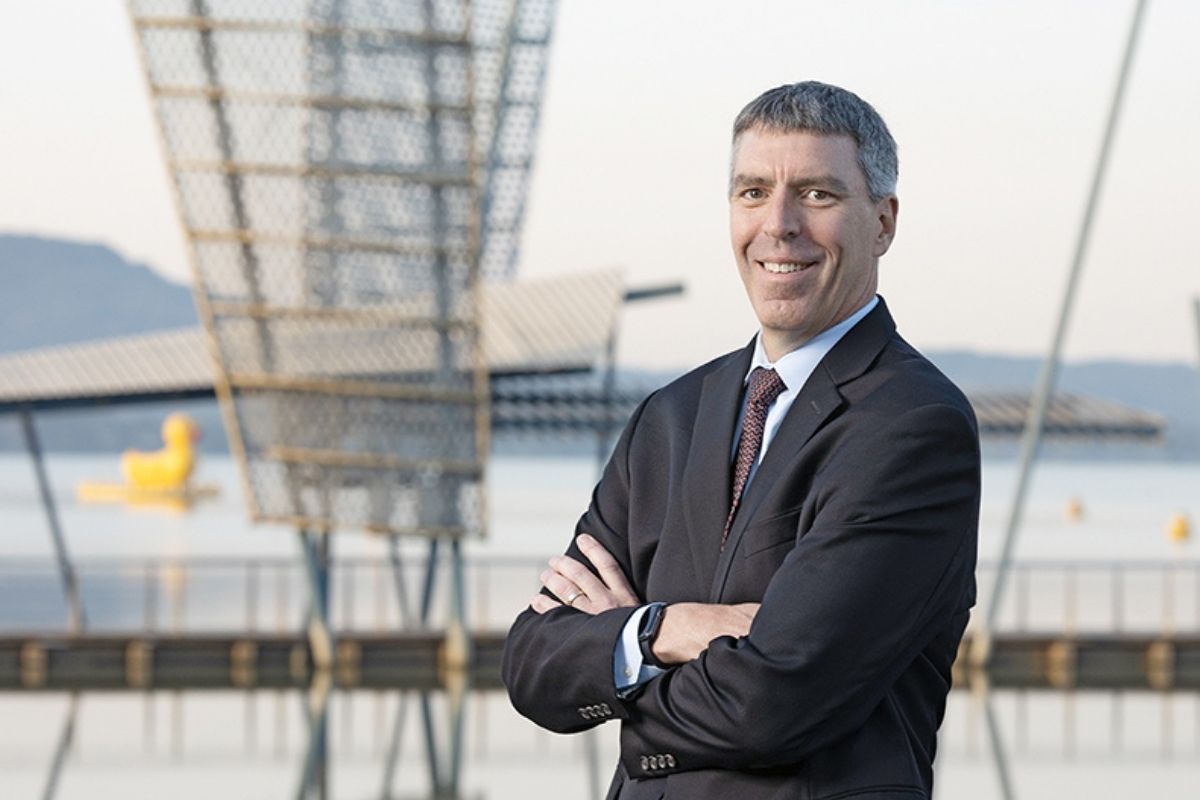 Just a little more than a year ago, Andrew Dahlgren stepped into the role of Vice President Asia–Pacific at Donaldson. That’s one year since he assumed responsibility for all aspects of the US$550 million group of businesses, including 2,900 employees across 10 countries. It’s also been a year since normalcy.

“We had a staff meeting in December 2019 and everything was great,” he says from the Donaldson AsiaPacific office in Shanghai. “I already knew a number of the staff so we had a good mid-financial year update. Then I went home for the holidays.” When he returned in midJanuary, staff were called to an emergency meeting.

“It was about a mysterious virus about 800 kilometres up the Yangtze River. We decided to shut down early for Chinese New Year.” Donaldson’s China operations would remain closed for the next three weeks as the virus ushered in a new reality. For Andrew, the year to come proved to be a blessing in disguise.

“I certainly wouldn’t wish it on anybody, but I think having gone through that accelerated my interactions with my team,” he says. “Anybody can sail a ship with calm seas and a tailwind, but you learn a whole lot more when your ship’s getting battered by a typhoon. My team did a phenomenal job.”

As Donaldson’s front line of response to the COVID-19 pandemic, Andrew and his team were charged with developing new systems and tools to help assess the situation and determine the right course of action. 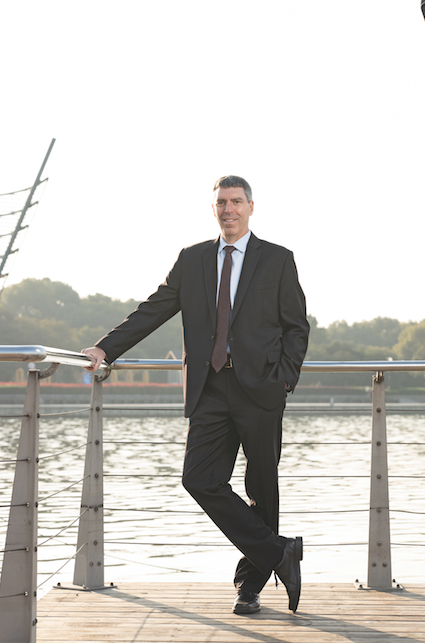 “We used active case counts in a given region as our guide to what to do with travel and office openings or countermeasures like face masks and temperature screening. It was a great exercise in crisis management and I’m really proud of how the team responded to the challenge,” he smiles.

Donaldson, a global leader and innovator in the air filtration industry, agrees. As the virus spread around the world, the pandemic response systems developed by Andrew’s team were implemented around Donaldson as a whole.

“Tod Carpenter, our Chairman, President and CEO, set the tone early on by establishing our pandemic priorities: number one is the health and safety of our employees, two is fulfilling our commitments to our customers, and three is playing our part in reducing the spread of coronavirus,” Andrew explains. 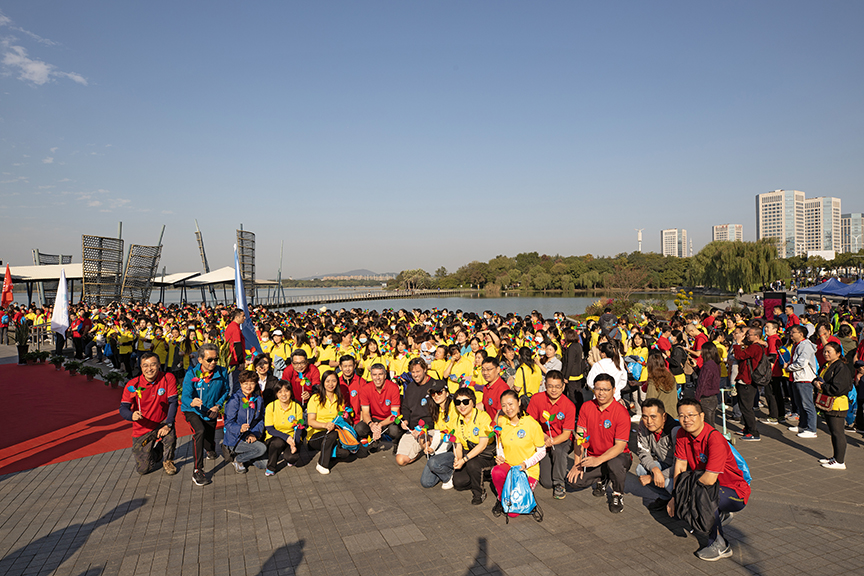 “Those principles have guided every decision made across the whole company since February 2020, and I really appreciate Tod’s leadership and support throughout this challenging period for the company.”

While Andrew maintains Donaldson has always been a great place to work, much has changed since he started his professional career in the company’s Disk Drive group in 1994. “I was a newly graduated Mechanical Engineer from the University of Minnesota with an industrial and environmental emphasis. Working for a filtration company was a great fit,” he recalls.

When your company is facing significant challenges, you realise just how important company culture is.

Andrew did his research on Donaldson and found it was a company that was just as positive about the people – investing in long-term employees who really cared about supporting each other – as it was at helping its customers be successful.

“That spirit lives on. It’s just a great company, and I’m glad I made that decision so many years ago,” he says. Today, Andrew is one of those long-term employees, but at a company six times bigger than when he joined it.

“We’ve really matured,” he reflects. “We’ve gone from a US$500 million business to a US$2.6 billion one in our last fiscal year, a totally different animal, and we’ve had to grow up to match that, all the while taking care of our customers and expanding geographically with them.”

Throughout that expansion, Andrew has travelled the world for Donaldson. Over the years, he’s been stationed in the US, Hong Kong and now, China. “Actually, early on in 1998, I was responsible for getting our customers to approve Donaldson’s then-new facility in Wuxi,” he says.

“That was my first exposure to China. We now have 1,200 employees in this area, so it’s cool to have been on the ground floor, when we were just getting started here.” China is something of an emerging market in the eyes of the filtration industry.

One of the reasons you won’t see donaldson on billboards is because we do a lot of our work directly with clients.

High-level emissions regulations long since adopted by the US and Europe forced many Donaldson customers to re-evaluate their filtration systems. Those standards are currently being adopted in China.

“That usually means the equipment manufacturer has to redesign their whole machine,” Andrew says. “We can solve those problems a little better than most and we win a lot of business as a result. China is a great opportunity for us.”

The filtration industry is nothing if not progressive. As the push for renewables introduced solar and wind options to the market, Donaldson was forced to restructure away from traditional power generation solutions.

“We have a saying at Donaldson: ‘It’s a one-Donaldson approach,’” Andrew tells. “Once that market changed, a quarter of our gas turbine workforce was reassigned without letting anybody go. That was quite an achievement.”

With such a long career immersed in Donaldson’s culture, Andrew’s style of leadership has come to exemplify the Donaldson way. “The way I enjoy leading and being led is to work collaboratively with the team. The teamwork is phenomenal across Donaldson, and a team focused on helping our customers be successful is, I think, the essence of our culture,” he says.

“As leader, you have to reinforce that every chance you get. Hiring for it is important, as is making sure your development programs for up-and-comers deliver it. Whether it’s an individual interaction at the coffee machine or a group meeting, your company’s culture has to be in everything you do.”

With Donaldson technology at the heart of so much everyday machinery and gadgetry, from agribusiness vehicles to hard drives, you’d expect Donaldson to be a household name. That’s not part of the plan, Andrew admits.

“One of the reasons you won’t see Donaldson on billboards is because we do a lot of our work directly with clients. There’s a lot of interaction on a daily basis with our customers to make sure we’re delivering the right product in the right quantities at the highest quality and performance we can deliver. We try to be present and help our customers when they need it – it’s about them. Same thing with our suppliers.” 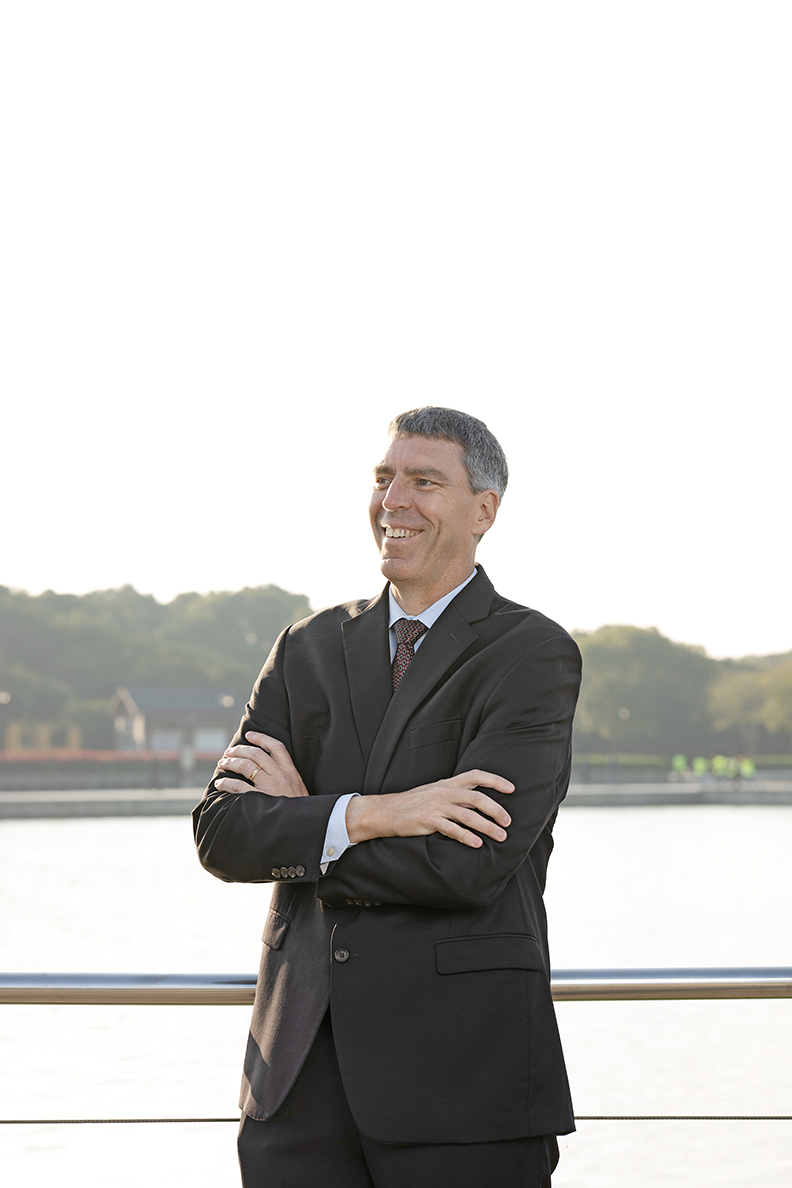 On top of everything else, the COVID-19 pandemic offered Andrew a learning experience as Donaldson and its partners were forced to huddle under the same umbrella. “You learn a lot about your partners during a crisis, especially in China where things were initially so severe,” he suggests.

“Our supply chains, our logistics partners and our customers are at the core of everything we do. It’s been really important, particularly in the last few months, to be close to them and make sure they’ve got the parts they need. Our key suppliers – that’s filtration media, plastics, urethanes, steel – make that possible. Those relationships are crucial and our suppliers performed very well during the pandemic.”

Back in Shanghai, things have settled down somewhat. “We’re in a form of recovery across Asia–Pacific, although India remains a concern,” he admits. “We track cases to be sure, but in many regions it’s basically all systems go.” As Asia–Pacific operations return to a form of normal, so too does daily life for Andrew.

“My wife finally got here a few weeks ago after quarantine,” he says. “We were apart for about eight months, and I was incomplete without her. When I’m here by myself and I’m not working, I like to play golf. Of course, that won’t be happening now that my wife is here, but it’s a trade I’ll take.”

For the Donaldson Asia–Pacific team, operations may have changed forever, but Andrew says they’ll make the best of it.

“When your company is facing significant challenges, you realise just how important company culture is. Donaldson’s culture puts the customer and teamwork first, so it’s been our rock. During the crisis, my team did a fantastic job. They were always resilient, worked seemingly endless hours and kept everyone safe. That’s a testament to the Donaldson culture.”

As much as his team inspires him, Andrew credits a piece of advice from his former boss Jeff Spethmann, now Senior Vice President of Donaldson’s Industrial Group, as an integral part of what he does and how he does it.

In a company as large as Donaldson, with so many different industries, business units, regional interests and global business leader interests, collaboration is crucial. Andrew says Jeff’s words have helped him scale those heights.

“The way Jeff would put it is, ‘Every interaction is an opportunity to deepen a relationship.’ You can go a long way if you keep that in mind, and I’ve taken it to heart.” 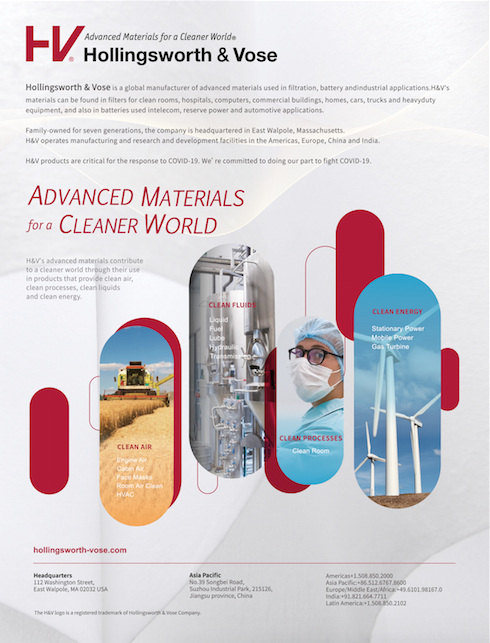 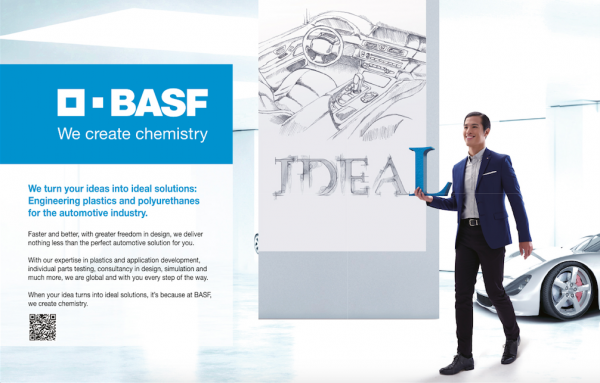