Bilal Al-Hattab wants companies to stop announcing flying cars – or any other concept that is not yet reality. He says that the reality of the current situation is that flying taxis and passenger drones are going to be products in the near future, but they are not something that has already been launched.

They are innovative ideas that have been developed and will be launched after proper regulations are in place. While the Founder and CEO of Dubai-based robotics and artificial intelligence (AI) firm DGWorld may not be able to promise a flying car in the near future, his team has created a whole product category that is poised to take off – autonomous vehicles.

Always crowd pleasers at trade shows where they make appearances, these unmanned automobiles are – unlike flying cars – only one step away from being put to real use.

“This year in Dubai, we are launching autonomous taxis in some public areas and have some big industrial projects in the pipeline. In addition, we will be putting autonomous trucks in the seaport in various parts of the world,” Bilal reveals. 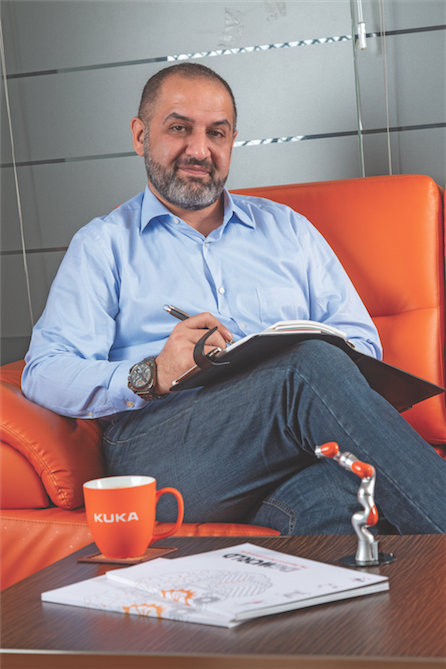 The beauty of DGWorld’s Autonomous Driving Technologies and System is that they can be integrated into any regular vehicle to turn it into an automated one, offering lower barriers to adoption and plenty of flexibility.

BiGO, for example, isn’t one particular vehicle model manufactured by DGWorld, but any minibus or van that can run unmanned with the help of the firm’s Autonomous Driving Software.

The CabGO is similar, but for private cars. Cutting-edge AI software that can be easily integrated into existing vehicles may be convenient, but for customers who prefer more complete solutions, the firm also manufactures a number of finished vehicles.

To name just two, the e-BiGO is a bright orange electric shuttle bus that looks like it came right out of a digital animation. It can be configured to sit 12 or 24 passengers and has a top speed of 25 kilometres an hour.

One application for use is in sprawling indoor environments, such as malls or convention centres. In contrast to the e-BiGO, the SelfieCAR is a two-seater designed for people who need help with everyday mobility.

It has a unique screen interface that allows the user to communicate with the vehicle in a number of ways, including through voice commands, hand signs and even braille.

As for industry applications, DGWorld has countless offerings including TruGO, a container terminal truck that can be configured to be fully automated, remotely driven, or human-operated, and the ForkBOT, an eco-friendly fully autonomous forklift for loading and unloading goods in warehouses.

Bilal credits part of DGWorld’s success to the culture of innovation the Government of Dubai has created. “The government has our back,” he shares.

“They encourage us to develop things and always support us when we do so. Twenty years ago, Dubai was a trading hub with the export and import industries dominating. Ten years ago, we shifted to real estate and tourism. Now, the authorities are aiming for Dubai to become one of the international hubs for robotic technology and AI. In fact, there’s already an initiative in place to have 25% of all public transport here be automated by 2030. We have projects that are competing with those from cities such as Singapore and Hong Kong, the traditional heavyweights when it comes to innovation, and even Silicon Valley.”

Dubai’s geographical position has also proven to be an asset. “We are about a six-hour flight either way from Europe or Asia, which makes handling our concurrent projects in Singapore, Hong Kong and Europe much easier. If we were in Europe, Asia wouldn’t be as accessible for us,” Bilal points out.

One day, we will be working and living beside robots and AI.

“Dubai is also a very welcoming place for people of all nationalities. Our company has more than 120 employees of 21 different nationalities from at least 40 different universities. We are collecting worldwide experiences through our employees.”

Despite all the advantages DGWorld enjoys, it’s not always a bed of roses for the firm. Bilal has encountered his share of naysayers from whom the most common comment is that robots and AI will displace people from their employment and cause widespread job losses.

To that, he has this to say, “The landscape of the job market is changing, but we are not cutting jobs. Instead, we are creating new ones. AI requires humans to run. It’s simply shifting the demand in the job market from unskilled, manual labourers to more technically oriented people, such as engineers.”

For its part, the firm is working with universities and the authorities in the UAE to promote degree programs for automation engineers and AI specialists.

“Of course, some people may be made redundant during the transition period, but compared to having manual labourers working long hours, AI will result in better working conditions for all in the long run,” Bilal says. While the above relates to the casual observer, he acknowledges that scepticism is also rife among those who are potential adopters of the technology. “It is difficult to convince people that one robot can do the work of 10 or 15 people and do it equally well with better efficiency. But that’s why we need to increase awareness of the possibilities AI offers among end users.

“Another big obstacle to firms taking up our products is the cost,” he continues. “Instead of monthly salaries that are paid over three years, investing in robots and AI means a one-time, upfront cost that has to be paid in full immediately. Not only that, but it may take five years before they see any returns on investment, affecting their overhead costs and capital allocation.”

Overall, there remains much convincing to do for Bilal and his team. “Unfortunately, the private banking system in Dubai has yet to catch up with businesses like ours,” he reveals.

It is difficult to convince people that one robot can do the work of 10 or 15 people and do it equally well with better efficiency.

“They are used to the trading and real estate industries and evaluating companies or businesses the traditional way. However, when it comes to AI, we require a very strong R&D department – which takes a lot of funding and financial support – in order to continue developing the technology before we can even commercialise or sell it.”

Nevertheless, Bilal believes that the future for AI looks bright. If the attitude that the younger generation appears to have towards technology is anything to go by, the obstacles that exist today will be quickly torn down.

Besides humanoid robots and retrofitting of vehicles and boats to make them autonomous, DGWorld has also developed prototype unmanned drones – the UAD M20 and the UAD M470. These will hopefully be developed as full-scale working units in the future.The M20 is the smaller drone – although ‘smaller’ here is only relative to the M470, since it still has a higher payload capacity than the common drones available on the market today. The unique way it is built allows it to take off without a runway and climb to further heights than most drones. Safety features such as a return-home function and parachute ensure that it will always come back from its missions safely. Applications for use include cleaning building facades, fire fighting, delivery of packages and cartography.The M470 is powerful enough to carry human passengers. Running on six motors and nearly 400kW of power, it can fly in a steady hover like a helicopter and has the ability to automatically communicate with aircraft near it in the air space for maximum safety.

“My mother has never accepted using a smartphone, but my son is the complete opposite – he will not use anything that isn’t the latest iPhone or Samsung Galaxy. He uses these gadgets better than me, even though he is only 10 years old.

This is the perfect analogy for people in the workforce; those who have been in it for a long time will always be resistant to major changes in the way they work.

“But the psychology of the consumer is gradually changing. During the era of Nokia, we could use the same mobile phone for three or four years; now, there’s a new model every year. Consumers are learning to accept change and this will be reflected in the business cycle, which will become shorter as well.”

And once mindsets have changed and the difficult transition period is over, there will be no stopping DGWorld and other players in the robotics and AI industry.

Bilal attests, “One day, we will be working and living beside robots and AI. Autonomous vehicles are coming soon to industrial areas like airports, seaports and big warehouses. Soon, their presence will also expand into the public domain, although it may take a little more time due to rules and regulations. But when it happens, we will see humanoid robots serving in malls and restaurants, and possibly even working as helpers in hospitals, hotels and homes.” 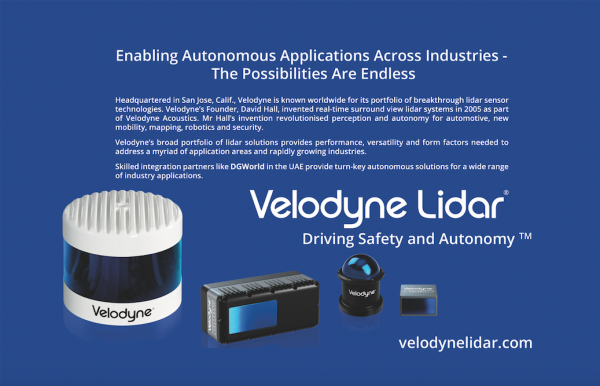 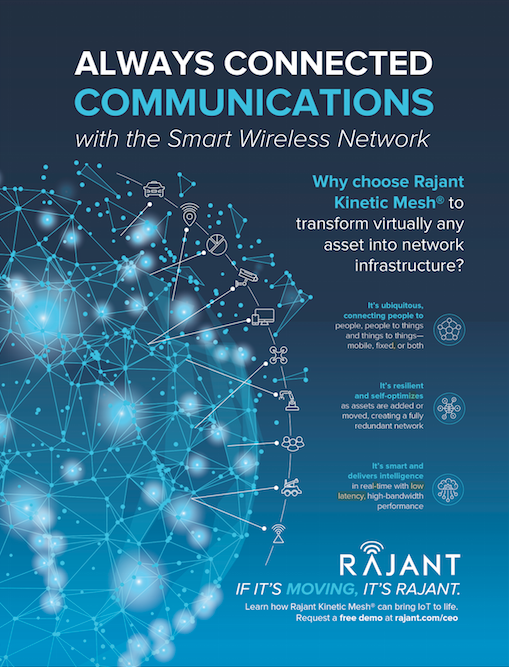