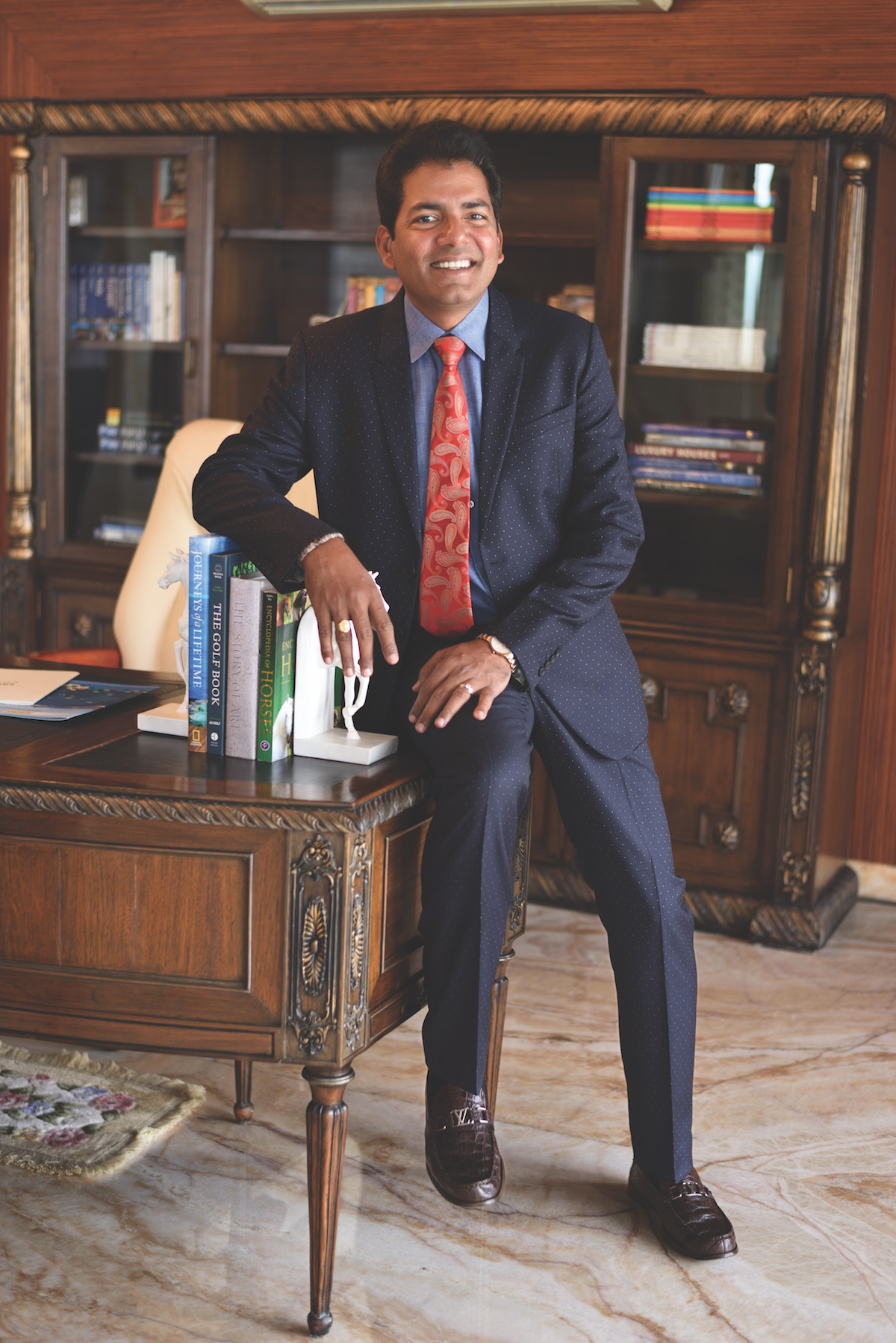 Establishing itself as a world-class maritime trade organisation, the advanced and sustainable working model of Krishnapatnam Port Company Limited (KPCL) ranges from unrivalled efficiency and vast, ongoing community development to sustainable work practices and even plans to build a port-based industrial smart city. Indeed, its futuristic infrastructure — used to service large, deep water vessels — appears as a modern landmark, towering over the eastern coast. Managing Director for KPCL, Chinta Sasidhar, shares the company’s key accomplishments, his role in driving its impressive growth over the past 10 years, and what’s next for the historic port.

The CEO Magazine: Tell us about your professional background up to and including your current position at KPCL?

Chinta: I’m a civil engineer with a management degree and a hunger for ease of doing business. After completing my management studies in the UK, I came back and took up the challenge of turning around an ailing company, Navayuga Infotech, which was almost at closing stage in 1998. I built that company back up in 3 years and in the fourth year, I gave it back to the Board with a good profit. To finetune my civil engineering skills I started a new division of tunnel engineering and lift irrigation at the parent company, Navayuga Engineering Company Ltd (NECL), which was an expert in foundation and bridge construction. I had a chance to take these new divisions to international standards by introducing new methodologies in building and tunnel engineering. By successfully broadening NECL’s portfolio, the Group could increase its profit and turnover by 300 per cent within 3 years.

In no time, NECL became one of the fastest tunnelling experts in the country and we soon became leaders in these 2 divisions, where I’ve led the NECL team to even achieve a world record in tunnelling by excavating a 4-kilometre tunnel in 11 months and a 1.6-kilometre tunnel in 5 months manually — faster than a tunnel boring machine (TBM) could have achieved. As we started pursuing new avenues, Krishnapatnam Port came our way; it was a great challenge and an opportunity for me to steer it from the start. I initially shared leadership responsibility with one other person, then became the sole managing director in 2006. Since then I’ve worked relentlessly on the project and completed phase one work, including breakwaters, dredging, berths and storage, in a record 18 months. I also started a container terminal in 2008.

What key learnings from your past experiences help you today?

Turning around a struggling company at an early stage in my career was the best learning experience for me. I had to face various challenges — risk, stress, diminishing motivation in the team, and a lot of uncertainty. When I set out to head up the company, we had only one work order, which was likely to be cancelled. Taking the reins of the situation and motivating the team back to their optimum levels amid low market confidence eventually paid off. We had studied IT trends around the world and equipped ourselves to better meet market needs, thereby bagging new projects and getting back on track. My perseverance kept me going and is keeping me in good stead still today. 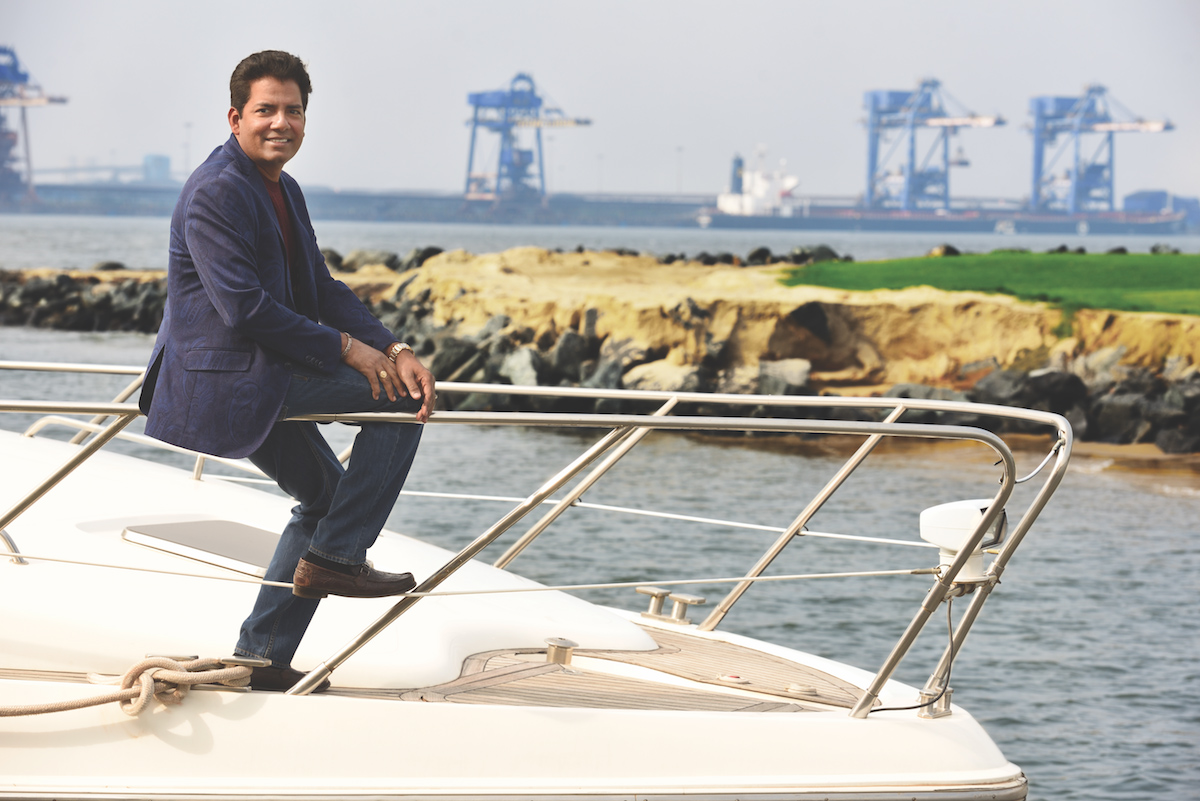 “We’d like to successfully position ourselves and show that doing business with Krishnapatnam Port or utilising the services of our container terminal helps in saving costs and time.” – Chinta Sasidhar

How is the industry, and India in general, changing and how is KPCL adapting to suit this?

A massive investment in India’s ports and roads sector that was announced by the government is likely to boost the country’s economy, coupled with several measures to improve operational efficiency through mechanisation, deepening the draft and speedy evacuations. Besides giving high priority to port connectivity projects, the Sagarmala project is another promising and strategically customer-oriented initiative of the Union Government, focused on modernising India’s ports. It will help immensely in generating new employment opportunities and putting the country on a high growth trajectory, through port modernisation and development.

With an innovative model of port development, Krishnapatnam is the only transhipment hub on the east coast of India equipped with deep draft, multi-cargo berths, marine channels and a turning circle, terminal equipment such as super-post-Panamax quay cranes, yard space and multimodal connectivity by land and sea to inland and neighbouring ports. We’ve also acquired the land corridor between the road and rail line along the 25-kilometre stretch connecting the port highway. We plan to increase the road to 16 lanes and the rail to 6 tracks so we can handle 250 million tonnes of cargo in the future. Innovative port community systems and technologies are all in place. We are proud to be one of the only ports in India to conceive innovative promotional strategies such as widely recognised advertisements on TV, the covetable golf tournament Golden Eagles Golf Championship, a periodic newsletter Portfolio about the new developments and achievements at
our port and social media initiatives to reach out and interact with our customers and prospective clients.

What is your main area of focus right now?

The success of any port project depends largely on the location of the port, its connectivity to the hinterland, and the volume of cargo being generated in the hinterland. Customer acquisition by a new port is broadly based on this. By building infrastructure around the needs of the customer and efficient handling of cargo, Krishnapatnam Port stands as the ‘port of promise’ today. We’ve been in constant pursuit to position ourselves as being both cost- and time-efficient. We’d like to successfully position ourselves and show that doing business with Krishnapatnam Port or utilising the services of our container terminal helps in saving costs and time. What puts KPCL ahead of its competitors?

We’re the first port in Indian history to achieve handling capacity of 9 million tonnes from a single berth compared to the average of 3 million tonnes. As per the potential of our master plan, we can build 42 berths to meet the future cargo capacity. Our high productivity is possible by using state-of-the-art equipment which we understand can be scalable in the next decade to 10 million tonnes per berth. It’s a similar scenario in the container terminal. The 5 super-post-Panamax cranes have an optimum 48 moves per hour capacity as against the average 30 moves per hour in other terminals. Our capacity is therefore not comparable to other ports as we believe in efficiency and building an efficient business model around that. Our expansion plans are based on being the hub for multi-cargoes. In line with our vision for future expansion, we have secured an extensive area of 6,800 acres for port development and an additional 12,000 acres for multiproduct industrial development, to be able to provide world-class services without any congestion and space deficiency hurdles.

Having profound experience in marine construction and development in India also sets us ahead of the rest. In terms of ‘ease of doing business’, Krishnapatnam Port is the first and the only port to implement a single-window system for business facilitation, to enable customers to submit all documents at a single location or approach a single authority for cargo clearance. We’ve created the Trade and Transport Terminal to provide working space for multiple port users and help them avoid the inconvenience of going through multiple interfaces. By owning and operating services like warehousing, security, railways and dredging under one roof we’ve added efficiency to the entire port operations.

How important is sustainable development to KPCL? How do you ensure you’re growing but still helping the local community?

Krishnapatnam Port has always believed in a balanced and sustainable development in harmony with the surrounding environment. Setting an example, the port has encouraged the surrounding areas and societies to adopt environmentally friendly and sustainable operations, thus achieving a healthy balance between environment protection and development. As part of its commitment to society, the company undertakes several socio-economic growth initiatives through the CVR Foundation, which was developed by me and created a lot of faith. We built 500 houses for the nearby community, completed well before the inauguration of the port. That gave me great satisfaction and made the people in the surrounding communities very happy.

As part of our unique ‘Go Green’ initiative, we have planted 2.8 million trees within our port premises and are relentlessy working towards our goal to plant 10 million trees. We
are not only adding to the already ecologically-blessed environment in the port area, but are also ensuring preservation of the existing flora by anchoring the trees in order to protect them during cyclones. 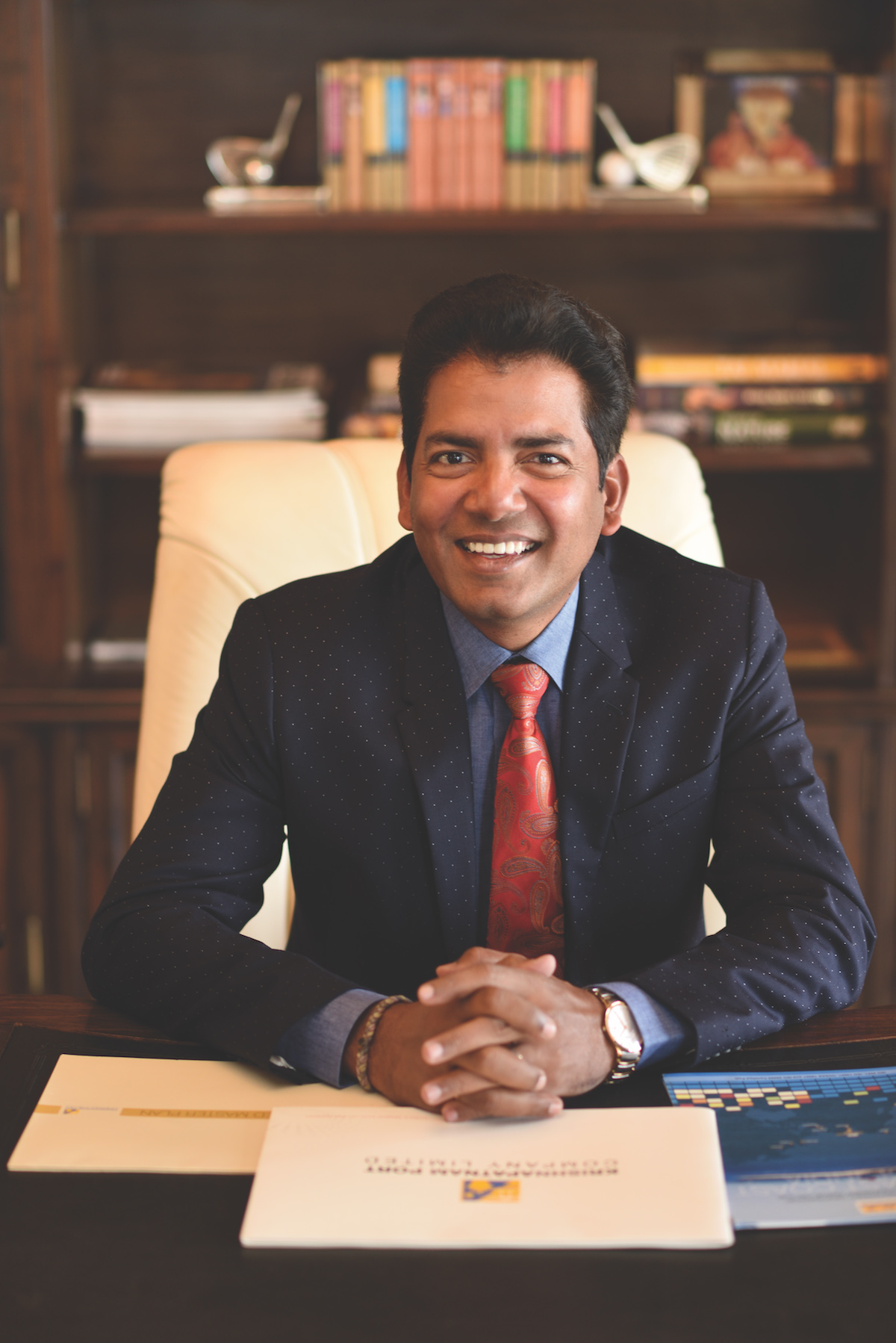 Our ecological sustainability efforts have been recognised by the Government of India and we were conferred with the Golden Peacock Award for Environment Management in 2015, which we dearly cherish. We have also initiated several community welfare programs too, generating immense direct and indirect employment opportunities. In sync with my dream and heart’s wish to provide world-class education to even the most impoverished sections of society, Krishnapatnam Port has instituted the Navaneeta Public School (NPS), a fully-fledged residential English-medium school which was named in loving memory of my late mother.

The world-class boarding school stands as an exemplary CSR initiative by offering cost-free education to bright children hailing from underprivileged communities around the port. I would like to take this opportunity to call other corporates to follow this idea. I saw a great result but I alone can only reach a limited number of children in this vast country. If other corporates followed this residential school concept, we can reach a significant number and make an impactful change. 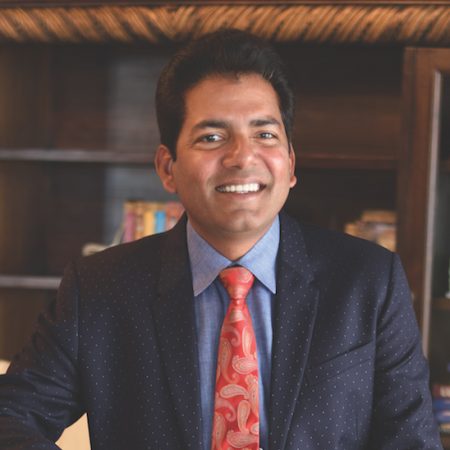