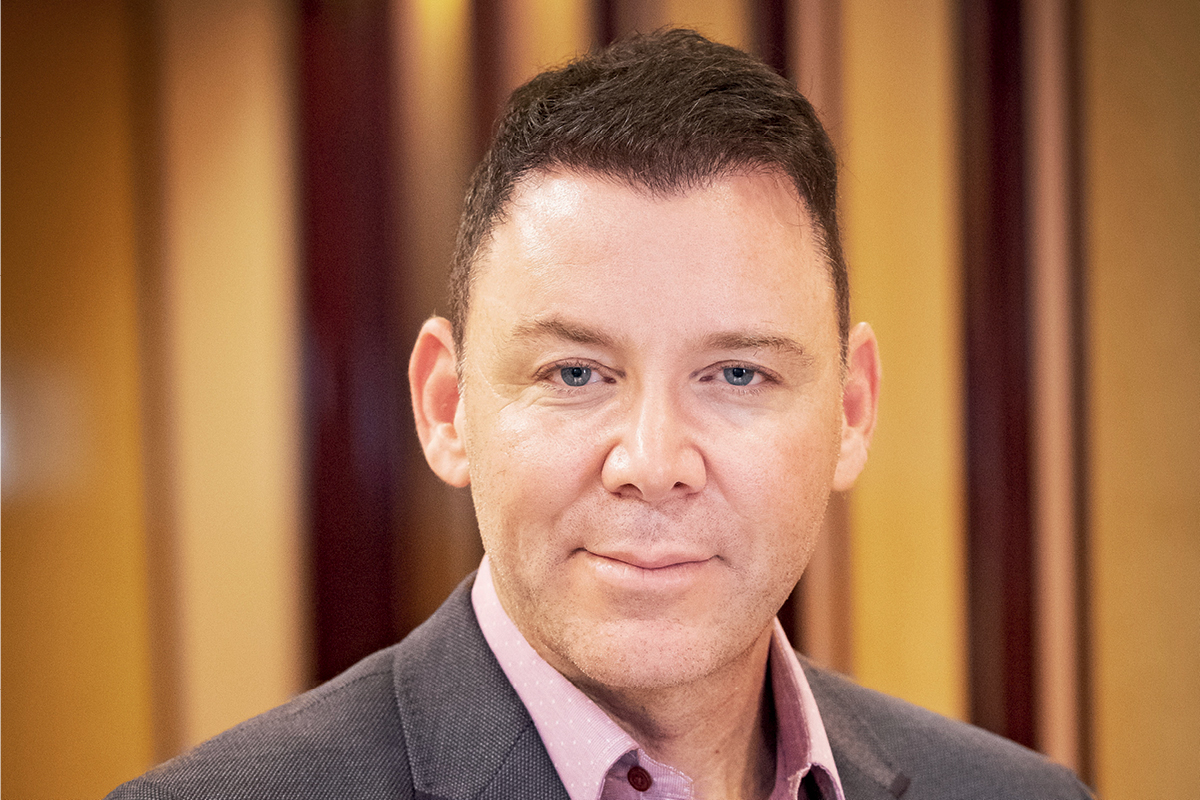 Eric Donsky, CEO and Co-Founder of Bodi Energy, sees the broad adoption of clean energy as an incredible commercial opportunity. But, at the same time, he says innovations like electric vehicles and solar panels remain prohibitively expensive; something still limited to the privileged.

“This is not going to change our world,” he says. “This is clean energy for the very few. If we can’t deliver clean energy to the mass consumer, then we won’t realize the tremendous economic growth and job creation that a move to clean energy could stimulate. Global sales of clean energy products and services are projected to reach US$1 trillion in 2019 and we are only in the bottom of the first inning.”

Over his career, Eric has gravitated to revolutionary technologies and supply chain disruption. He founded one of the world’s first synthetic biology companies focused on the manufacturing of chemicals and plastics from carbohydrates instead of oil, using genetically engineered bacteria and yeast as catalysts.

Eric also built a company that launched the first FDA approved, nanofluidic laboratory-on-a-chip platform to test various biomarkers in tears for the diagnosis and management of eye diseases. He is now committed to taking on the challenges facing the clean energy industry.

Eric believes that the micron-scale materials used in conventional lithium-ion batteries are holding back the broad adoption of electric vehicles and grid scale energy storage. Eric says the technology hasn’t evolved substantially since the launch of the first lithium-ion battery in 1991, and numerous issues have not been addressed.

Lithium-ion batteries don’t store enough energy for their cost, take too long to recharge and have received a lot of negative publicity for their tendency to overheat, from exploding Teslas to self-combusting Samsung Note 7s. As far as Eric is concerned, we need more innovation in battery materials science and with Bodi Energy, he believes he’s found a viable path to real disruption.

“It’s not the materials science of today, it’s that of tomorrow – nanoscale. So, I went looking for manufacturing technologies that would enable the precision engineering and mass production of highly tunable nanoscale materials.

I read over 2,400 technical papers and I visited many universities and government labs looking for scalable nanomanufacturing. I found what I was looking for at Cornell University. At that time, the processes were at an early stage, but I just knew this was it. I knew this was the technology we needed.”

Following his moment of inspiration, he raised US$25 million to develop a breakthrough material that could greatly improve the safety and performance of a lithium-ion battery and to also pilot manufacturing.

Bodi Energy has recently received favorable reports from tier one automotive companies that validate its first commercial battery material in its pipeline. In battery testing, Bodi’s material proved its ability to increase the battery’s energy storage capacity by 30% and its rate of recharge by three times. Moreover, the flammability of the battery was dramatically reduced, thus improving consumer safety.

“There are so many companies in the battery industry making audacious claims about their materials and they can’t seem to back them up in independent testing with major companies in the supply chain,” Eric says. “This validation is critical to our ability to raise capital and scale our business”.

Bodi Energy has been developing an expansive pipeline of battery materials that enable even further improvements to energy storage capacity, recharge rates, unit economics and safety.

The company has developed a continuous, low-cost process to reproducibly fabricate graphene, a nanoscale version of graphite that is 200 times stronger than steel and 15 times more conductive than copper.

The ability to mass-produce tunable graphene unlocks the possibility of commercializing next-generation battery chemistries, such as lithium sulfur, that replace the lithium-ion battery and enable a profitable, mass consumer electric vehicle (EV).

Bodi Energy and its research partner Cornell University won the only cell level grant under the Department of Energy’s Battery 500 Seedings, a program calling for a battery that stores at least twice as much energy as a conventional lithium-ion battery. Bodi’s lithium-sulfur battery would extend the driving of an EV to 600 miles, increase recharge rates by four times, and lower the sticker price of an EV to less than US$30,000.

The ethics of this new technology also represent an improvement. Commercial lithium-ion batteries rely on cobalt to manufacture the positive electrode material. Cobalt is a rare earth metal that is primarily sourced using child labor in the Democratic Republic of the Congo. Bodi’s lithium-sulfur battery only requires elemental sulfur and other abundant materials.

Cobalt-based electrodes are also the source of thermal runaway reactions that lead to explosions and fatalities. Bodi’s lithium-sulfur battery greatly mitigates the likelihood of an explosion, which is quite critical to consumer safety; as Eric says, “It’s not very comforting to know that you’re putting your life at risk to take a stand for clean energy.”

Eric can’t stress enough the importance of Bodi Energy’s work – lithium sulfur is the next generation battery chemistry and major automotive manufacturers are moving in this direction because they are well aware that commercial lithium-ion batteries are not good enough to enable a profitable, mass consumer EV.

“A breakthrough battery chemistry like lithium sulfur could generate over US$500 billion a year in revenue as low-cost, high-performance EVs reach the market.”

Bodi Energy will initially launch materials that improve the safety and performance of lithium-ion batteries to establish revenues and build its relationships with battery manufacturers and automotive companies. This strategy will establish the company’s presence in the supply chain as it works towards the roll out of the advanced materials for its lithium-sulfur battery. 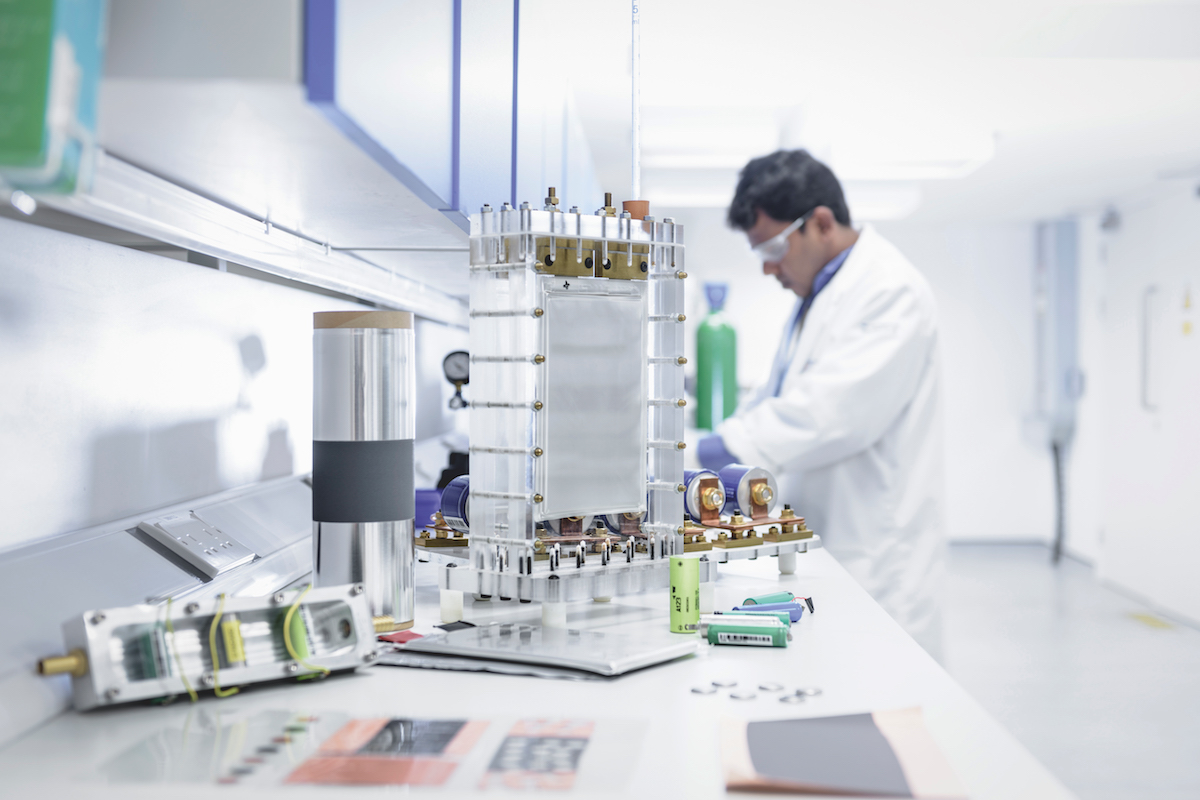 “When I started this company eight years ago, I wanted to make a contribution that could impact the way society produces and stores energy. I could see that nanoengineering of materials science would enable the possibility of building the core components we needed to transition our global economies to more abundant, renewables resources.

The semiconductor industry has figured out how to mass manufacture low-cost wafers with nanoscale control. We needed to bring the same paradigm shift to the materials industry to establish a Moore’s Law in battery energy storage.”

The concept behind the company’s name and logo is a testament to the profundity and necessity of this mission. The name itself derives from the Sanskrit word bodhi, which in the West is translated as ‘enlightenment’, a spiritual awakening and more specifically, the attainment of buddhahood – and that awakening, that awareness of reality, is what Eric’s trying to propagate.

The logo incorporates two infinity symbols (between the ‘B’ and the ‘O’, and the ‘O’ and the ‘D’), representing abundance. “Being bodhi is pretty similar to self-actualization in Maslow’s Hierarchy of Needs. Being the best version of self. We have to build a society that aspires to abundance and being extraordinary.

“We have to build a society that aspires to transcend to abundance and being extraordinary.”

The way we’re killing off our animals and plant life so that we can eat cows and polluting our environment by burning coal – rather than commercializing technologies that sustain our biosphere – seems very ordinary. When do we take responsibility for our choices, and commit to sustaining our biosphere and the little biodiversity we have left?”

Through his previous ventures, three successful companies revolving around biology and medical technology, Eric has touched millions of lives. But with Bodi Energy, he believes he now has the potential to touch billions. 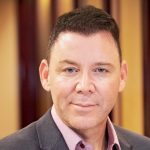