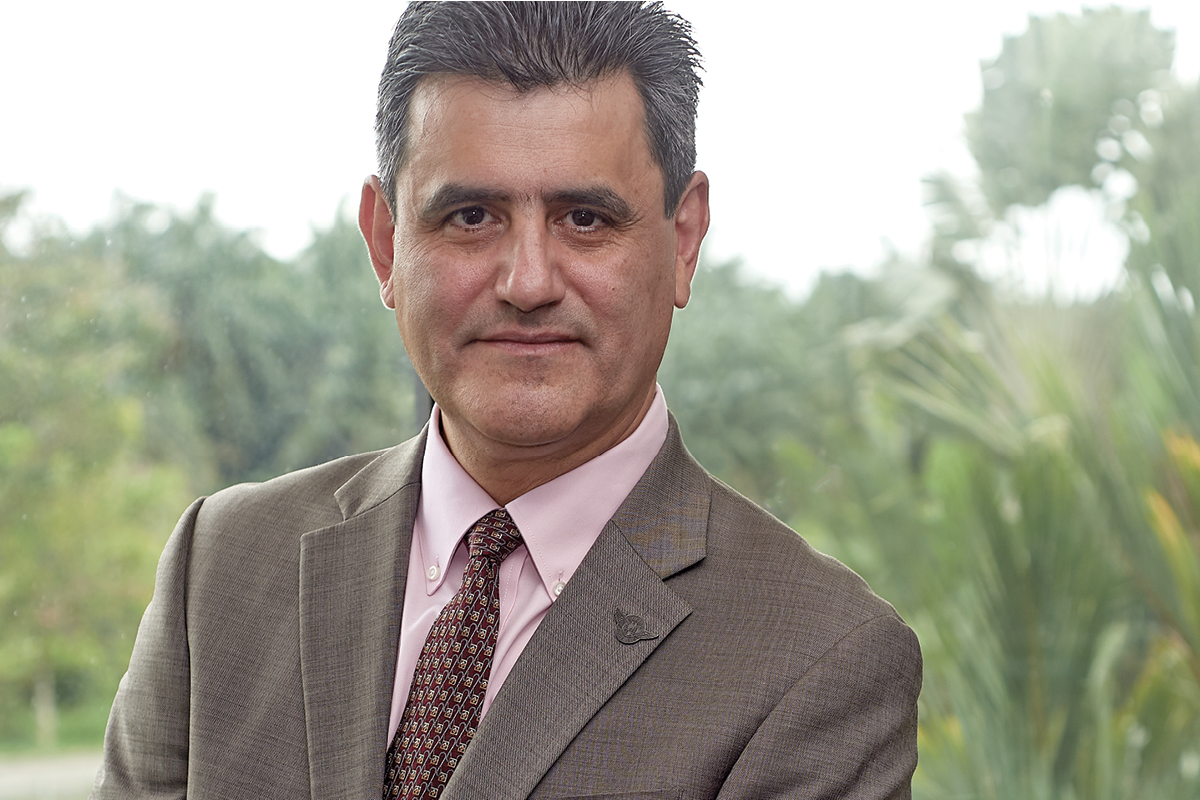 No matter how well a company implements efficient procedures, things can still go wrong, and they may not always be as obvious as operational issues. Aerospace Composites Malaysia (ACM), for example, once had an employee who had lost a limb in an accident outside of work.

The employee was offered rehabilitation and a position within the factory that better allowed for their condition. Similarly, ACM has provided support to employees who had been robbed, allowing them time to get back on their feet.

For ACM’s Managing Director, Jose Garza, such occurrences are a reminder that life can always present new, unexpected challenges to the business. Any successful leader, he says, needs to learn to be humble enough to adapt to these situations.

“We don’t know everything, and we’ve got to be open to learning from the lessons the factory is going to teach us,” he says. 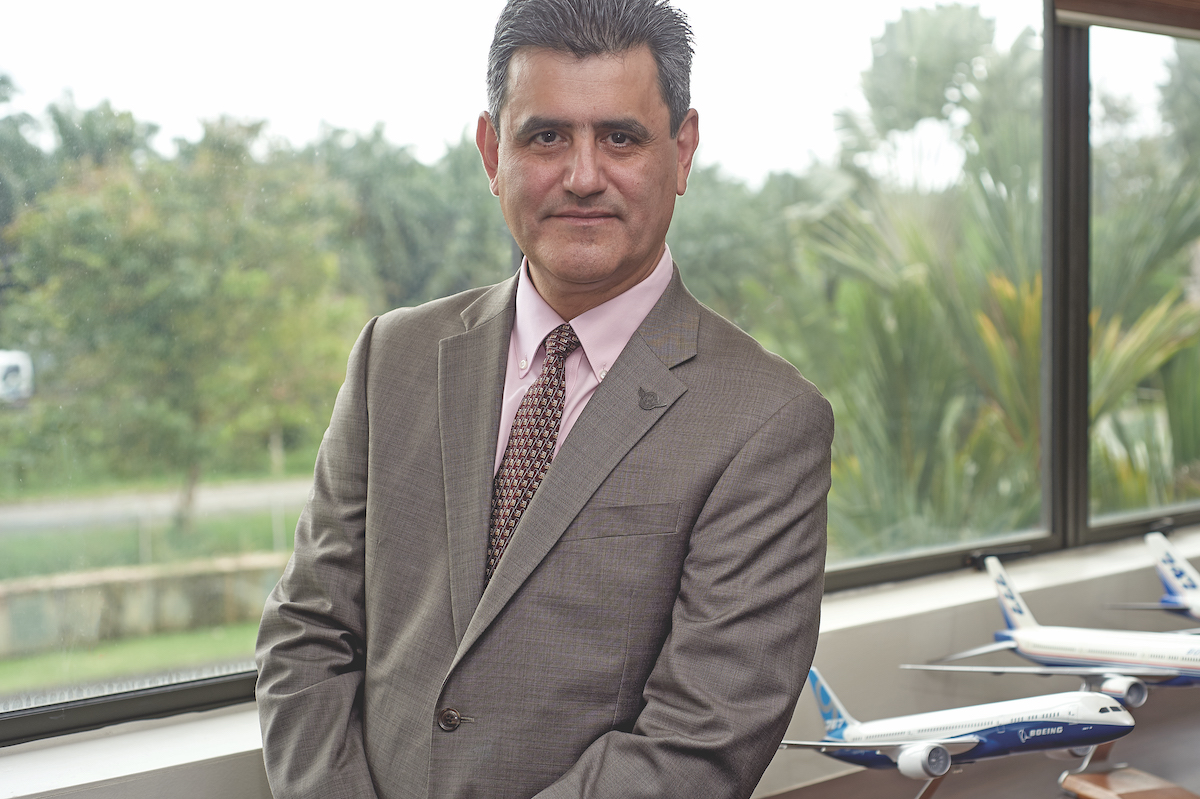 “Throughout my career, the one thing I remind myself each morning is to stay humble; not to let the position get the better of me, but to rely on the team. I don’t have any problems going to some of my teammates, and saying, ‘I don’t know this; you’re the expert so I’m looking for your advice,’ and asking my team to help me be a better leader.”

ACM manufactures composite products for the global aerospace industry and is a joint venture between two US companies – the world’s largest aerospace company, Boeing, and composites material manufacturer, Hexcel Corporation.

Jose came to lead ACM by way of Boeing, having spent the past 20 years with the company. Before joining ACM in April 2017, he’d overseen Boeing Tianjin Composites (BTC), another joint venture, and his success in growing that company led Boeing to see Jose as the right person for a similar role with ACM.

His role with BTC was based in China so the move to Malaysia necessitated some adjustment. But the transition was eased by the atmosphere in ACM, for which Jose has nothing but praise.

“Not that it wasn’t the same in China, but in Malaysia the culture and the team are welcoming,” he says. “They’re responsive to the new strategies I’ve been implementing. They seem excited about some of the things we’re doing and are getting behind them.”

Jose’s new strategies revolve around ensuring ACM stays at the frontline of aerospace engineering. The most obvious of these is automation; mere days before Jose spoke with The CEO Magazine, ACM had installed an automated spray-painting system.

Two other processes have been automated during Jose’s tenure and he plans to extend this to other hazardous, manual processes. To head off concerns that automation leads to unemployment, ACM is upskilling employees whose roles have been automated. “Instead of being a painter, they can now be computer operators,” Jose explains.

“We’re already starting to see the savings and improvements in quality materialise. At the same time, there’s greater employee satisfaction, since they now see a better career path. Rather than being a blue-collar, practically skilled worker, they can develop the skills necessary for performing better jobs along with better salaries.” 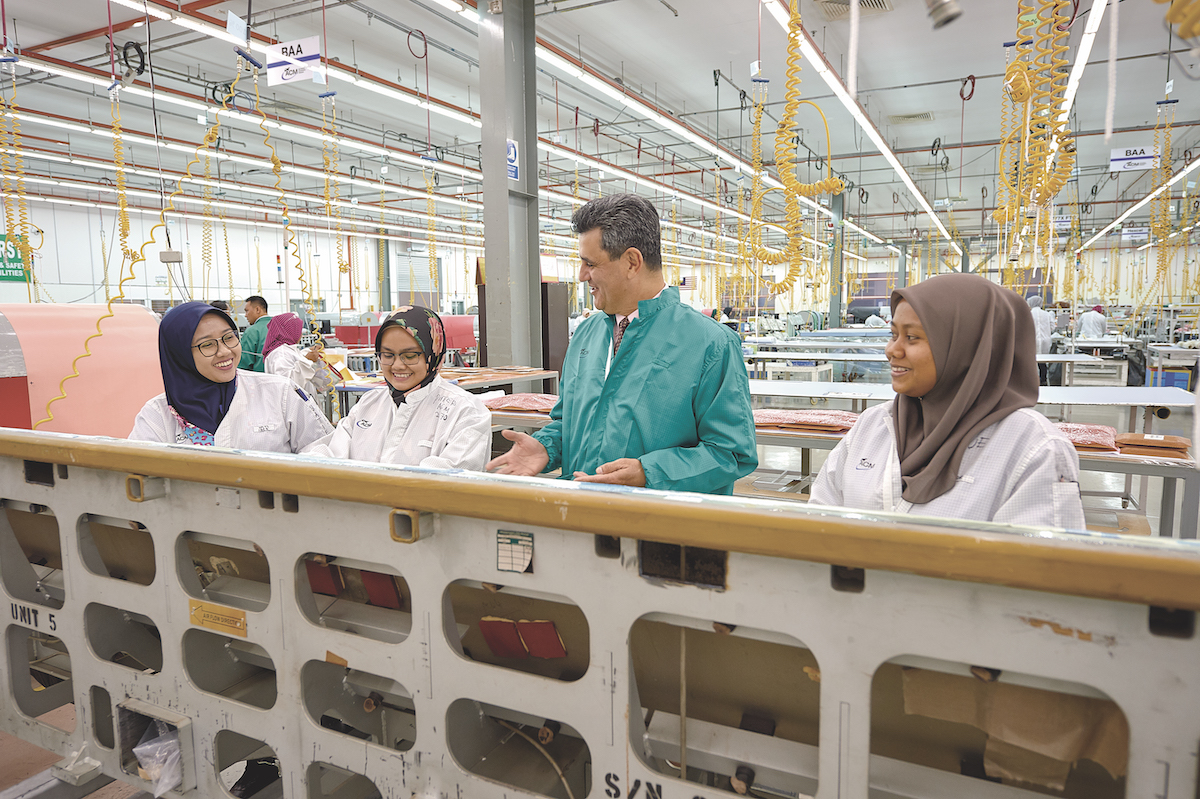 One of the crucial benefits of automation is, of course, the reduced need for humans to be exposed to dangerous work. It’s no wonder, then, that ACM has invested in the technology, given how close safety is to Jose’s heart.

This is particularly important in an industry that is dependent on machinery and complicated manufacturing processes – the effort to reduce the risk of harm is crucial. “We value human life above everything else,” he says.

“We value human life above everything else.”

“Here in Malaysia, not all factories are as safe as ours. I like to end my messages with a safety reminder, for people to be safe not just on the job but to take that culture with them and make sure that they’re also safe back home. I always tell visitors, ‘Make sure you’re safe out there. Whether you’re driving or walking, stay safe.’”

In 2017, ACM hosted a disaster preparedness exercise in the facility, as a collaborative initiative between the manufacturer and the governments of Malaysia and Thailand.

Its success saw local agencies keen to implement similar practices throughout Malaysia, setting the company’s safety program as a benchmark, while employees have been gifted first-aid kits and smoke detectors to celebrate ACM’s safety successes.

These efforts speak volumes for Jose’s dedication to safety in the workplace and beyond. “Our performance right now is close to 70 months, without a lost-time injury,” he says.

“That’s nearly 12 million manufacturing hours for 980 staff, since we had an accident where a worker was let go. Training starts with the safety culture. As we continue to onboard new employees, they’re able to adapt quickly to our culture.”

Jose maintains a strong familiarity with the ACM factory floor rather than overseeing things from his office, which no doubt makes it easy to embed this culture of safety.

Though his time can be taken up by travel, meetings and phone calls, he blocks out time to tour a section of the factory each day. He chats with mechanics, examines safety protocols and ensures operations are kept lean, ingraining a shared culture from top to bottom.

“It’s a benefit to my employees as much as it is to me,” he says. “I want to be able to show them that anybody can reach out to me and tell me their concerns. That helps me create a culture of transparency. When employees feel the leadership understands and is actively addressing their concerns, they tend to be better performers.”

“When employees feel the leadership understands and is actively addressing their concerns, they tend to be better performers.”

Given that ACM is growing rapidly, Jose is focused on maintaining the same cohesive culture and strategic direction. With US$49 million invested to date, the facility was most recently expanded to twice its size in 2013, with empty space yet to fill.

Jose wants to use that space to build on ACM’s capabilities and, at the same time, he hopes the company will be able to take on more contracts, having won nine during Jose’s short tenure.

Meanwhile, ACM’s workforce has seen substantial expansion, with another 11 added in 2018. Many of the new employees were hired locally, from universities that ACM has partnered with.

These academic partnerships have numerous manifestations, such as ACM assisting with university curriculums (the automated spray painter was developed with UniMAP robotics students, for example). 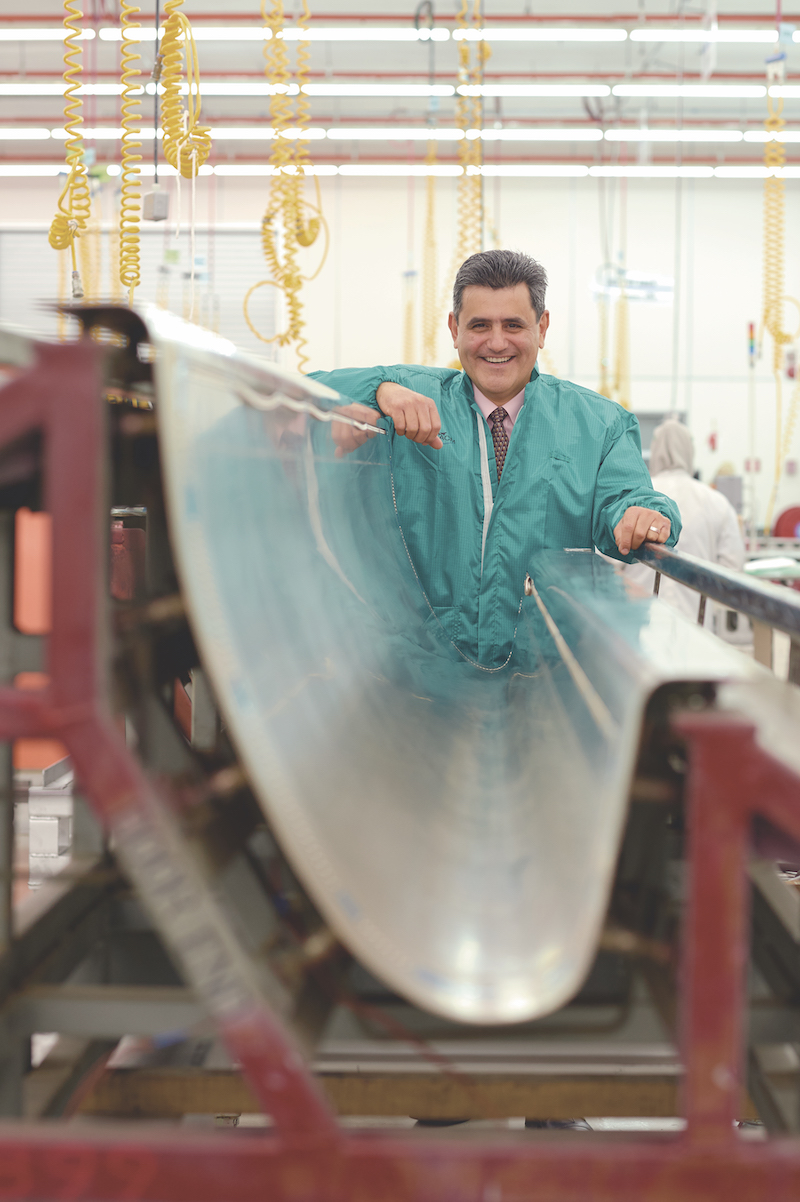 “It’s one of the advantages Malaysia offers to the aerospace community,” says Jose. “As we work with the local universities, we can continue to generate adequate skilled labour. They have the technical, language and computing skills necessary for factory employees. We don’t see any challenges in terms of access to human capital.”

Another local economic boost will be provided by a state government initiative to bring other aerospace players to the state of Kedah. The intent is to encourage an expanded industry there and Jose says the government investment is welcome.

For one thing, a proposed cargo airport will improve the manufacturer’s already-comprehensive logistics solutions and Jose is keen for ACM to operate within a robust industry ecosystem, incentivising partners to establish a local presence.

“Right now, most of our supply chain resides outside Malaysia,” Jose explains.

“We are working to localise some of the supplier base. If we get the assistance of the government of Kedah to give some incentives and we’re able to relocate more suppliers to be closer to us, it will only improve our ability to perform. It would also reduce our costs and our lag time, since we would have access to supplies faster.”

With these future developments, Jose will be better able to pursue his three-pronged strategy for success. “First, we’ve got to deliver a quality product upfront,” says Jose.

“We have a good quality record – we call it ‘silver performance’. Our quality performance is at about 99.7%. I want to improve on that. I have plans to ‘get to gold’. I want to reach 100% quality.”

“Second, we’re at about 99.9% on-time delivery to our customers. We want to be 100% on time. Finally, we need to retain our cost advantage. Keeping our operations lean enables us to figure out how to reduce the internal cost of manufacturing the parts so we can pass some of the savings onto customers. It gives us a greater ability to win new contracts. In aerospace nowadays, the name of the game is being cost-competitive.”