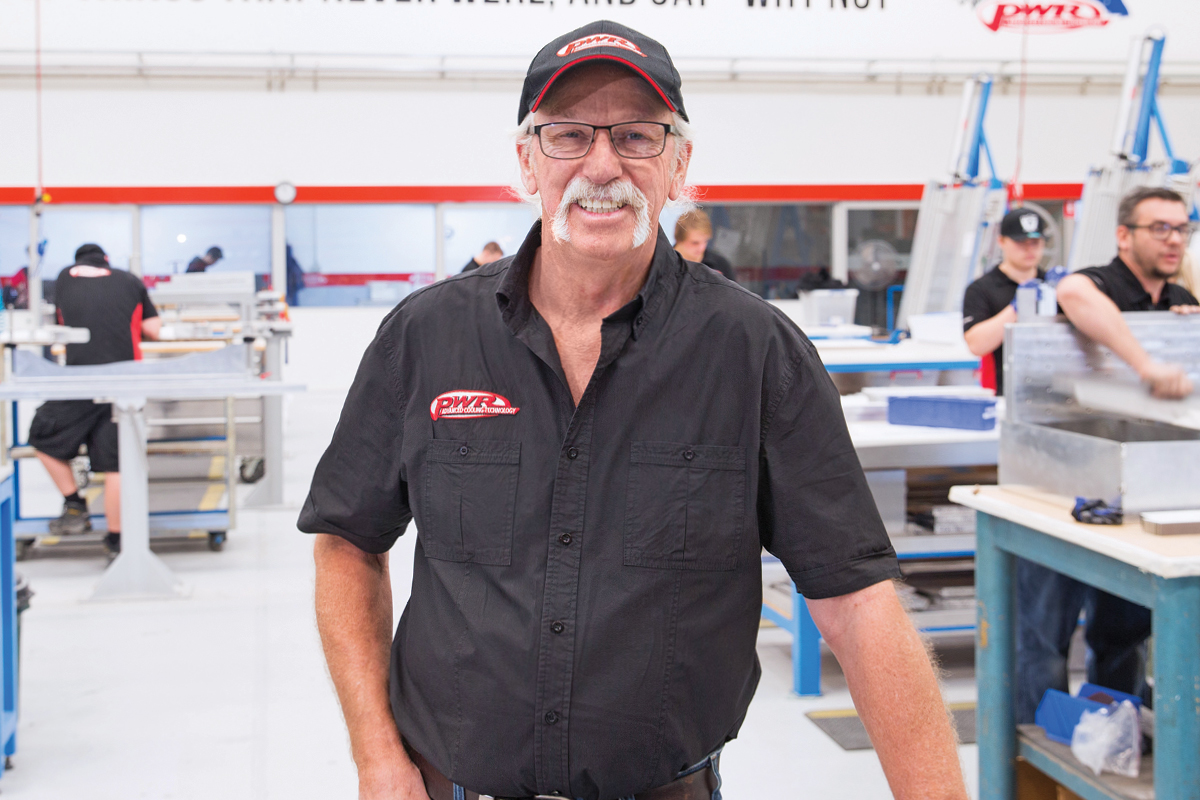 Maybe it’s because he’s one of 11 kids or perhaps it’s his Dutch heritage and pure Aussie spirit, but nothing seems to faze Kees Weel, a self-described “kid from Warrnambool”.

“I didn’t finish school; it wasn’t working for me. One day, I walked into a car dealership just outside Timboon, Victoria, and asked for an apprenticeship. Luckily, I got it,” Kees explains.

“From there, I went to Papua New Guinea to earn some money and learn about a different culture. One day, after I got back, I was looking at a radiator and thought, ‘I could make one of these’, and that was how K & J Thermal Products started.”

K & J Thermal Products based itself in Victoria and started to manufacture a small number of radiators. Then, Kees and his family moved to the Gold Coast. “I was ready for a change, mainly because Warrnambool only has about 30,000 people,” he says.

“So, we decided to make the move. Long story short, business boomed as soon as we got there. Then we decided to put in our first aluminium furnace so we could start to manufacture aluminium radiators, which was pretty ahead of the curve for Australia, and we’ve never looked back.”

Outside the business, Kees’s son Paul was finishing off his fitting and manufacturing apprenticeship and spending his free time competing in motocross and supercross.

“Paul has always been passionate about motorsport so, when I decided to put in an aluminium furnace, I suggested he go to TAFE and learn how to weld aluminium so we could supply the V8 Supercar category in Australia with aluminium radiators,” Kees says.

“I suggested he do it because I’d heard that they were buying these radiators overseas, cutting them down and making them fit. We were the first to put in a furnace of this kind in Australia.”

What happened next was a perfect example of two worlds colliding. “In 1997, Paul raced one of our cars at Bathurst. And through the connections he made, began to manufacture radiators for the Holden Racing Team and Stone Brothers. I reckon it was at this point that Paul Weel Radiators (PWR) was born,” he says.

“He started it out the back of my business and once business picked up, he bought a factory. In 2003, I decided to sell K & J and suggested that I put a bit of money behind PWR. That’s when we built the factory in Ormeau, Queensland, where we still are today.” Fifteen years later, and Kees and his team are now a global business who run their entire operation from PWR’s Gold Coast HQ. And while they also have a factory in Indianapolis, US, and a sales team and warehouse in the UK, Kees is proud that it’s an Australian business.

A passion for cars had always been part of his DNA, with Kees quick to describe himself as a bit of a revhead and so, in 2009, with a NASCAR deal in the bag, he, and a young engineer called Matthew Bryson (now PWR’s chief engineer), had the opportunity to set up a booth at a motorsport show in Cologne, Germany.

“We didn’t know whether anyone would stop by our little booth but Pat Symonds, who was the technical director of Renault F1 at the time, came past and asked us if we thought we could build an F1 radiator. I was saying to him, ‘I don’t know!’, while Matthew was saying, ‘Yes, sir. Of course we can make it.’ So, we decided to have a go.”

Kees describes this attitude of having a go as being as Australian as it gets. And he’s right. However, he’s also downplaying just how hard he and his team worked to have a go and get it done.

The hard work paid off and just two weeks later, he got a call from Red Bull F1 saying they’d heard the company had built a “magnificent radiator” and asked PWR to build some for them.

“They explained they’d just signed a ‘new kid’ who they thought had a fair shot at things. That kid was Sebastian Vettel,” Kees laughs.

“They signed him in 2009, he started racing in 2010, which was the year we started supplying them. He then won four championships in a row. They said it was their driver, but I keep telling them that it’s our coolers!”

PWR now supplies nine out of the 10 F1 teams, but the business is bigger than Formula 1. “Over the next three to four years we’ve got a very big pipeline of really expensive cars,” Kees says.

“There’s an Aston Martin Red Bull car coming out called the Valkyrie, which will cost about A$4.5 million. That’s coming out next year and we’re doing 100% of the cooling. It’s virtually an F1 car with number plates on it.” So, would he drive one? “I’m more into muscle cars. I actually drive a Toyota Tundra. I call it the farm truck. I’m really more of a Ute guy.”

“It’s why we’re successful. We treat people well and we spend the money as if it’s our own.”

Having a so-called farm truck is right up Kees’s alley and not just because of his Aussie attitude. He owns a farm. With 600 cattle. Not quite a full-time farmer, he has people working the farm for him, but he says that the best piece of business advice he’s ever received came from a farmer – his father.

“My dad once said, ‘Look after your pennies and the pounds will look after themselves.’ You say that now and people think you’re nuts – the younger generation just live for today,” Kees says.

“But I still live by this advice. Although we’re a public company, we still operate like a private company. I run it like it’s my own money and, I hate to say it, but it’s why we’re successful. We treat people well and we spend the money as if it’s our own.”