Hopping aboard steam-powered stalwart Spirax-Sarco Engineering eight years ago would have been a daunting enough task for CEO Nicholas Anderson without his predecessor departing the role after nearly half a century.

“When I joined the business in 2011, I was replacing a board member who was stepping down after 48 years,” Nicholas, who became CEO three years later, says. “He began as an apprentice at 16 and was retiring as a director at 64. So that tells you something about the long tenure of employees that we have – and also the rich history of Spirax-Sarco. We can trace our origins back 130 years to 1888.

“The thing about our industry is that people look at us and say, ‘Steam – how boring is that? So old fashioned’, ‘It resembles the industrial revolution’ or ‘It’s an old technology’,” Nicholas says. “But what most wouldn’t know is that steam is still the most efficient way of transferring heat energy into an industrial process.”

Born and raised in South America (to British parents) and having lived and worked in countries as diverse as Brazil, Argentina, the US, Singapore and the UK, Nicholas is fluent in four languages. He also holds a degree in engineering and an MBA in marketing and finance. Unsurprisingly, it didn’t take the astute businessman long to zero in on the challenges facing a long-term success story such as Spirax-Sarco.

“I think the biggest trap I could have fallen into was thinking, ‘We’re doing very well, we’ve got great performance, we’ve been going for 130 years, therefore let’s just keep things as they are,’” he explains. “But the world will continue to change, so we’ve got to stay fresh and we’ve got to stay modern with what on the surface might look like a stale and old-fashioned kind of business.” 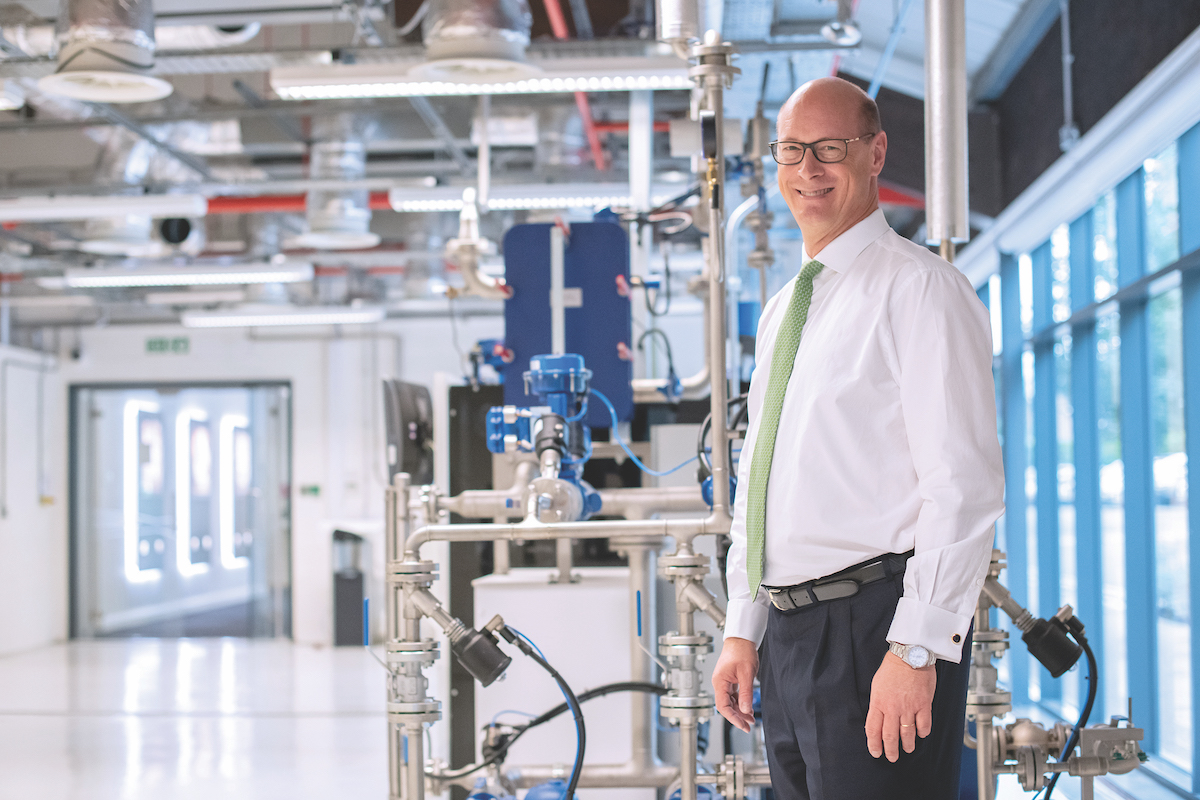 The group, whose headquarters are in Cheltenham, UK, has manufacturing plants located in 14 countries and employs almost 8,000 people. Its shares have been listed on the London Stock Exchange since 1959 and in December 2018 it joined the FTSE 100 index.

Becoming part of the Spirax-Sarco team in September 2011, Nicholas took on a reshuffle of Europe, the Middle East and Africa as his first task before moving on to the group as a whole. “January 2014 saw us kick off a full review of the business,” he says.

“It was clear to me where we had the strengths that we could build upon. And where there were areas in which maybe we weren’t as developed or as strong as we should be. And so those were the areas that I focused on, breaking the review down into two parts – reviewing the strategies that drive the organic growth of the company and those driving the M&A or inorganic growth.”

“The business has been advancing for 130 years and I think our mindset has to be to continually renew ourselves, to refresh ourselves, to stay dynamic and to continue growing in a sustainable way.”

This meant waiting over two years for the right acquisitions to materialise. By which time three came along at once – “a bit like London buses.” “In November 2016, we acquired a company in the UK called Aflex Hose for Watson-Marlow (Fluid Technology Group),” he explains.

“Then, four months later, we announced the acquisition of a German competitor of the steam business called Gestra. And two months after that, we acquired a company called Chromalox which was a true expansion of our addressable market in thermal energy management. Within a six-month period, we completed three major acquisitions, which rescaled the size and complexity of the group.

“Last year was, for me, a gratifying time in the sense that we can now track to see how those strategies have improved our performance with an organic sales growth of 7.4% against the global industrial production growth rate of 3.1%. On the organic side, we got to see the results of the hard work of so many people around the world in underpinning and then strengthening our business, and on the inorganic side, the acquisitions have come on board and integrated well and are beginning to deliver and grow in line with what we projected.”

And while ‘sustainability’ has become an overused buzzword in recent years, perhaps a company with such a lengthy pedigree can rightfully lay claim to the concept. After all, they have lasted the distance and sustained growth for more than a century. 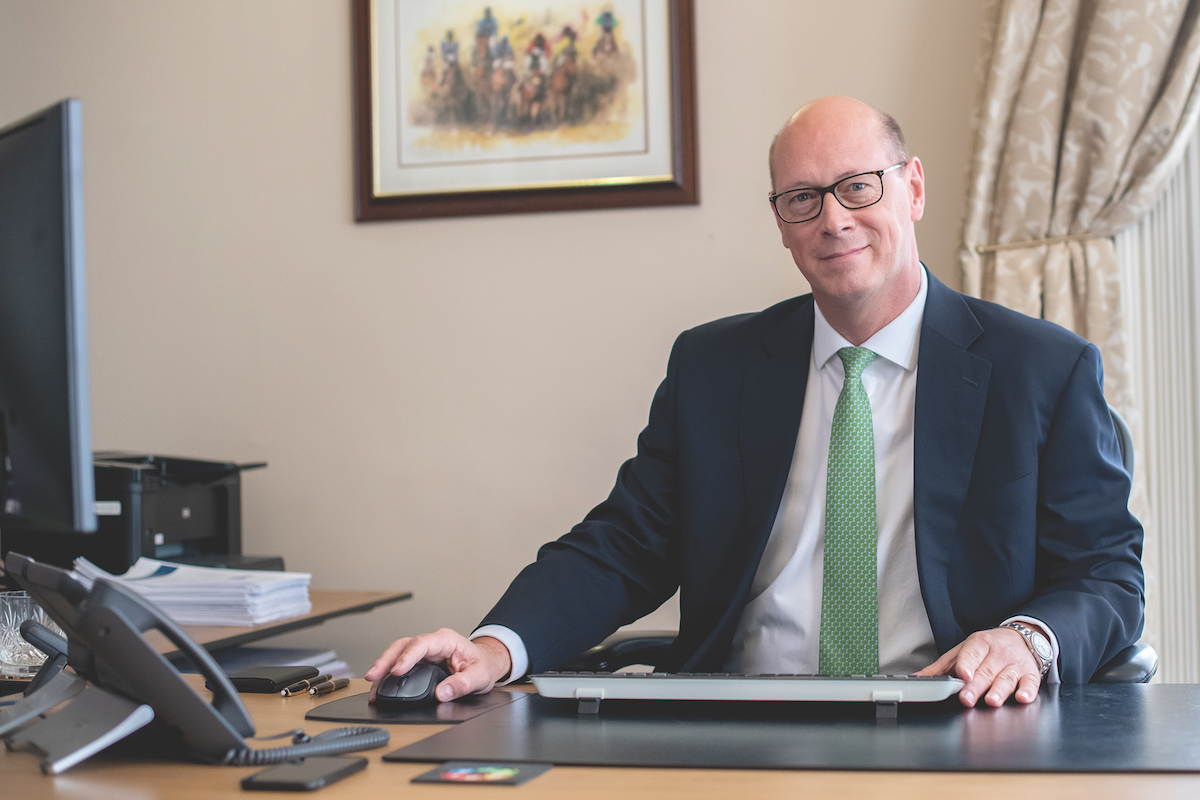 “For Spirax-Sarco, sustainability is truly at the heart of everything we do,” Nicholas says. “But what differentiates us from the typical industrial company
is not only are we manufacturers, but we are also vertically integrated in the sense that our own sales engineers are responsible for three-quarters of what we sell around the world.

Spirax-Sarco, Nicholas says, manufactures 85% of everything that it sells in its international network of manufacturing plants – on top of that it has a system of sales and distribution operations. “Of our almost 8,000 employees, 1,600 are actually customer-facing salesmen,” he notes.

“And it’s that direct contact with the users of our products that allows us to create solutions and identify opportunities to improve the customer’s processes via the use of those products. Things that a customer might not have realised they needed before.

“The way we’ve been able to sustain that level of growth above global industrial production growth rate is by driving demand through bespoke engineered solutions for our customers. And then we aspire to have excellence in our manufacturing cycles so we can make those with high quality, safety and cost efficiency. The profit margin is a combination of profits created at both ends of the cycle. When we talk about sustainability, that concept is key to understanding Spirax-Sarco – all of the strategies we employ are around sustainability of that business model.”

Ever since taking the hot seat in this growing engineering business, Nicholas has had a clear focus. So, what are his goals going forward? “You’ve got to have a mindset of not thinking that good is good enough,” he says.

“No matter how well you’re performing, you’ve got to keep looking for ways of innovating and improving. And remain flexible, because the world around you changes all the time.”

“We strive for excellence in everything that we do. The pursuit of excellence is one of our values at Spirax-Sarco, so we try to ingrain it into our DNA. No matter how well you’re performing, you’ve got to keep looking for ways of innovating and improving. And remain flexible, because the world around you changes all the time. I think you’ve got to build that into the culture – into the fabric of the organisation – so that you don’t sit still.”

Nicholas believes the key to success lies in always looking forward. “Business is like riding a bike; if you stop moving, you fall off,” he explains. “The company has been advancing for 130 years, so our mindset has to be to continually renew and refresh ourselves, to stay dynamic and continue growing in a sustainable way, and contributing to society in the process.

“It can’t be just for the benefit of ourselves – it has to be for the benefit of all our stakeholders. We can’t get complacent, we have to keep on looking forward and continuing on that trajectory so that we can hand over something to the next generation that’s been improved upon by this generation.” 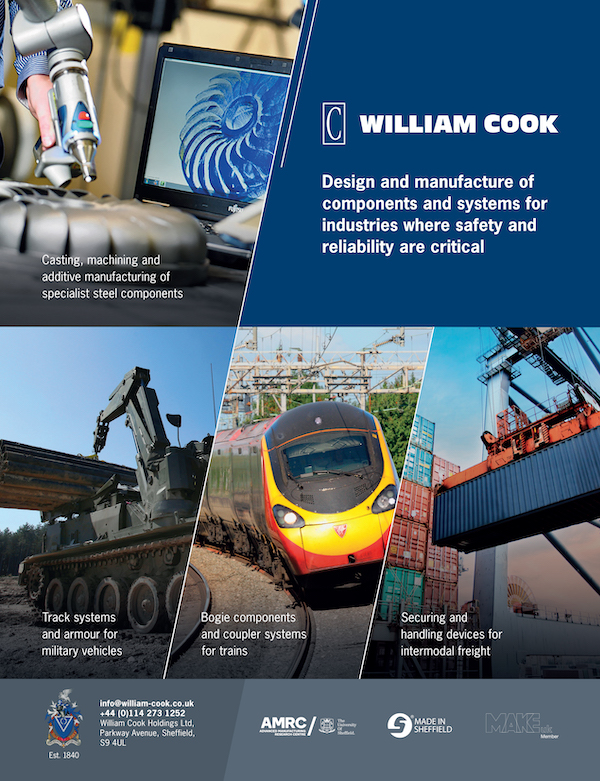 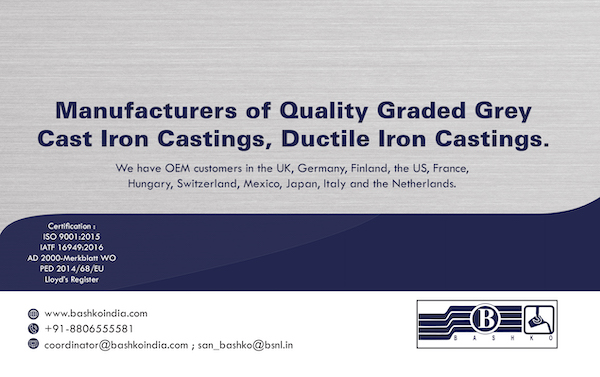 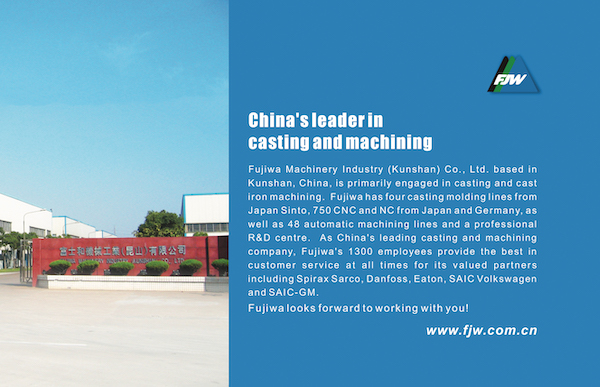