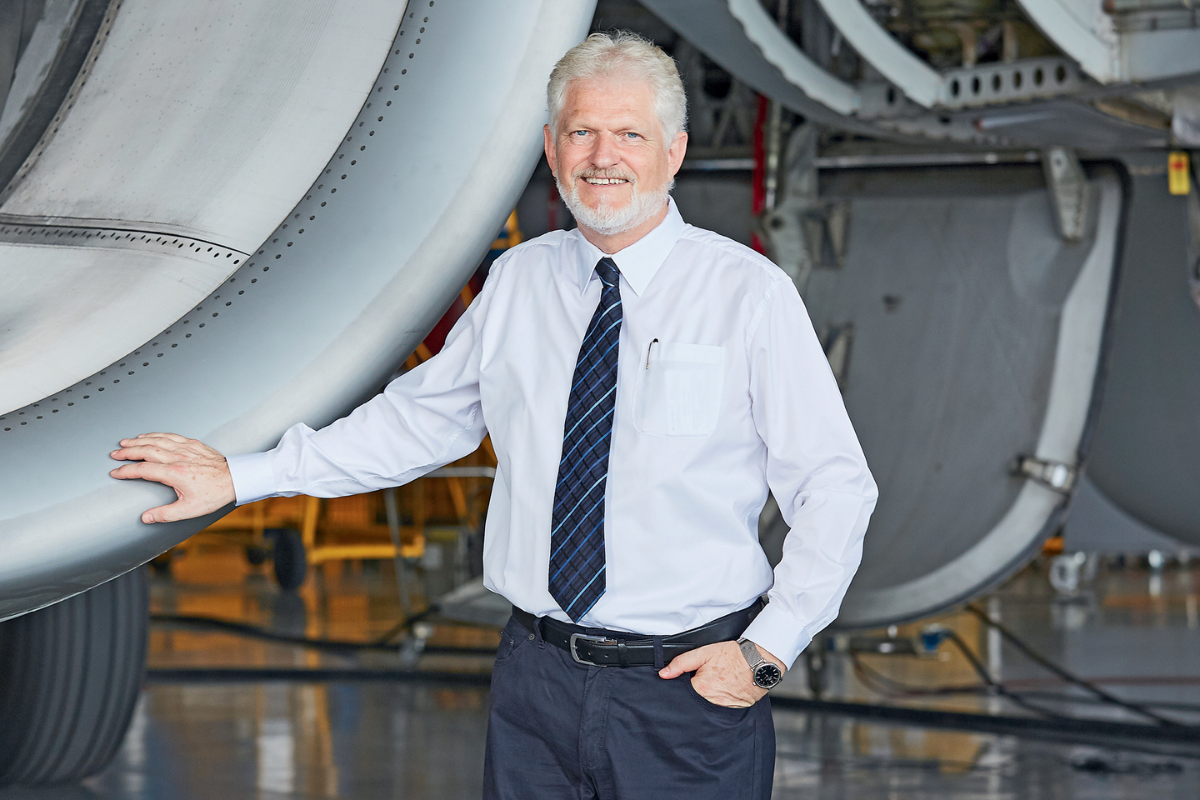 For an industry like aircraft maintenance, it can be easy to forget that success isn’t all about infrastructure and equipment. “To build a hangar is one thing. That’s not the difficult part,” says Norbert Marx, CEO of Guangzhou Aircraft Maintenance Engineering Company (GAMECO).

“To make money with it, it really depends on the people you have. We have different trades – mechanics, avionics, electricians, painters and structural repair mechanics – and they all have to work together as a team. It’s not a single shining performance we need; we need a team performance. Keeping a team together is key for us.”

It’s a culture that Norbert compares to friendship, like a family, and one based on mutual respect. The aircraft maintenance and engineering company offers more than 70 activity groups, covering sports, but also pursuits like photography or calligraphy, designed to encourage team bonding.

New additions to the team go through a boot camp, a practice that’s been in place since before Norbert joined. Its purpose is twofold – one, to integrate them into GAMECO and instil discipline, and two, to give them a place in a team.

“It’s about bonding,” Norbert explains. “New hires enter the company at the same time. They build a team together. They share experiences and make friends. They see others in the same situation and they can help each other. They understand the company better because even if they’re joining different departments, they still have a chance to do things together. So it gives them a home, it takes away the pressure, helps them transition from being a student to being part of a professional organisation. I think this integration is very important for our culture.”

Norbert says some new team members may tend to be individualists, but it’s essential in this industry for employees to work in a team, with discipline and professionalism. As a result, GAMECO boasts a 2.5% staff turnover, a beneficial statistic in such a dynamic market.

And this culture is no doubt why Norbert’s been with the company for nearly 10 years, in an industry where expat leaders may leave after three to five years. Of course, a compelling organisational mission can also be a boon to culture.

“If you and your family go to the airport and you want to go on a vacation, or attend a wedding or an important meeting somewhere, you expect the aircraft to be there on time and expect it to be safe,” Norbert says.

“You shouldn’t have to worry about it; it should be clean and reliable, and it should be on time. This is our mission, this is what our organisation is for, and people can relate to that mission.”

And it’s a mission that the company has now pursued for some 31 years, since it was established in October 1989. As a joint venture between China Southern Airlines and Hutchison Whampoa, GAMECO is capable of providing services including maintenance, repair, engineering and overhaul of aircraft and their components.

GAMECO has an impressive array of maintenance capabilities, covering aircraft from Airbus (300, 310, 320, 330 and 380), Boeing (737, 747, 757, 767, 777 and 787) and Embraer (145 and 190). The company also provides components across a wide variety of aircraft parts, including avionics, emergency equipment, brakes and wheels, as well as composite, hydraulic and interior components. Additionally, GAMECO handles landing gears for several Boeing and Airbus aircraft.

Norbert himself has extensive experience in the industry too, although before GAMECO he was working in the helicopter business in Vancouver. Previous positions had seen him work in locations as diverse as Basel, Tulsa and Beijing.

Even before he embarked on this career, Norbert served as a captain in the German Air Force, an experience he says was valuable in his later roles as leader. But after some time working with helicopters, he decided it wasn’t quite the right industry for him. 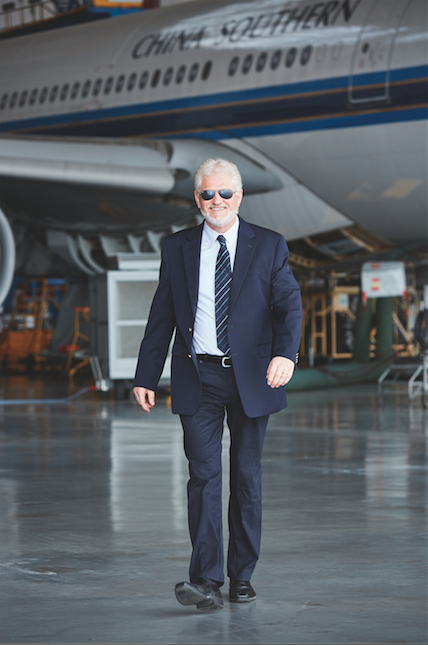 “I liked working in Vancouver, but I was in the helicopter industry and the rotary industry, which is very interesting from the technical side and has a very different network to the fixed-wing aircraft industry,” he recalls.

“When this opportunity came up with GAMECO, I’d enjoyed working in China previously so I was happy to go for the interview and have a look. I found a very well-positioned company with a great culture, a good leadership team, good facilities and good shareholders. China Southern is actually the biggest airline outside of the US, in terms of fleet and passengers. It’s a great opportunity to work for them and our international customer airlines.”

This year, the company’s mission of safe, efficient air travel has seen some interruption; the lockdown hit just before China’s Spring Festival, which is peak travel season. GAMECO was preparing to support thousands of flights in a very short period, but the sudden crisis forced the company to respond quickly, establishing an emergency response team led by management.

From January, staff were trained and educated, protective equipment was provided and social distancing regulations put in place. Even the psychological factor was considered, with GAMECO offering a helpline for employees to maintain what Norbert calls the “human factor”.

He’s pleased to say that (with the requisite knock on wood) not one of the company’s 6,500 employees has so far tested positive to the coronavirus, even while transporting emergency medical equipment or stranded tourists. 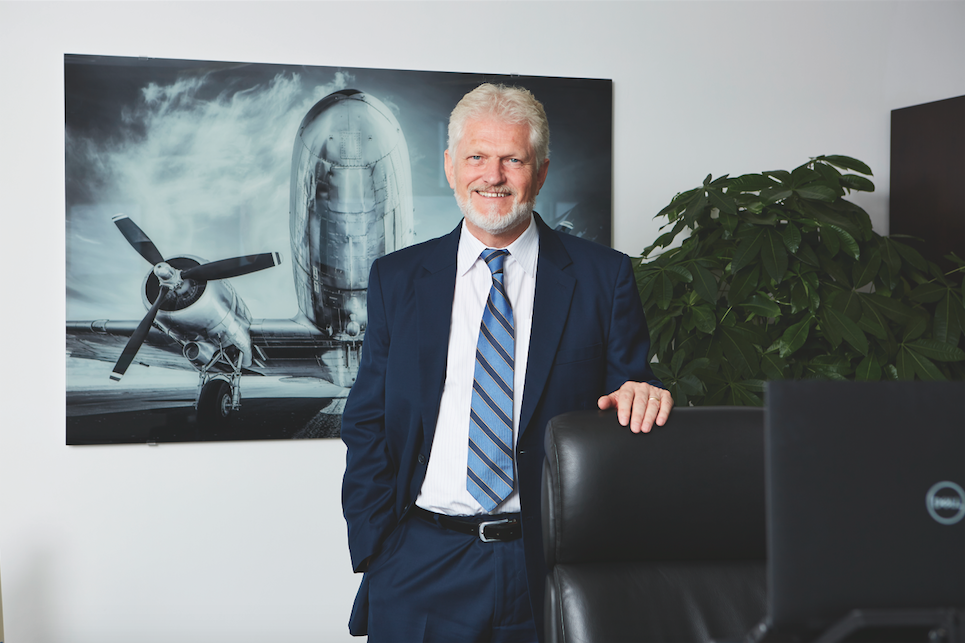 “In our industry, human factor means that, if a mistake happens, it can be because people are tired or distracted,” he says. “Even if they have the right tools and the right instructions, they can still make a mistake due to the human factor. We’ve trained on that and raised awareness with our people, and with their team leaders and supervisors.”

The business has also remained committed to avoiding any lay-offs due to the pandemic, and made employees aware that this was the case. It also meant the company could make it clear to the airlines that they could continue to rely on GAMECO.

Equally, it means it can maintain valuable relationships with partners that provide essential equipment to the company’s ambitious ongoing projects. With a new composite repair centre, a new component business centre and a 93,000-square-metre hangar underway, it’s key that GAMECO has the assistance of skilled and technologically advanced partners.

Our mission is very clear. The mission is we want to deliver safe and reliable aircraft, on time, ready for flight.

On the maintenance side, says Norbert, GAMECO works with companies such as Airbus, Boeing and suppliers like GE and Honeywell. On the other side, the company works with suppliers for infrastructure and equipment.

One example, CTI Systems, is a Luxembourg-based teleplatforms specialist, and Norbert has put a lot of thought into the way GAMECO works alongside such organisations. “How do we work with them?” he says.

“I think on one side we let them know our requirements, our experiences. We can help them to make their product better. We integrate their product in our facilities, like a showcase, so they can bring in other customers later. We help them with maintenance on this. It’s a promotion of their products.”

Also on the infrastructure side is Baotong Door, a provider of large lifting doors, designed for facilities such as hangars; so far, they’ve supplied 18 doors to this huge new hangar.

To build a hangar is one thing. That’s not the difficult part. To make money with it, it really depends on the people you have.

Norbert is enthusiastic about the opportunity to collaborate with such bodies in what he describes as a state-of-the-art project. He views it as a relationship that helps both sides evolve and improve, since its partners can garner experience from the application of their products as much as GAMECO itself does.

Evolving technology is invaluable to a business as essential as GAMECO, and the company is actively taking part in the next stage of aircraft technologies. “For the past year, our facility has been completely 5G-equipped,” Norbert explains.

Advanced data management is proving a huge boon to aircraft maintenance. The process of aircraft safety has been optimised by the advent of technology that continues to automatically monitor aircraft systems.

Such systems can now identify problems before they’ve even manifested, without significant interruption to operations. Just 20 years ago, Norbert says, aircraft received annual inspections and were only repaired after something broke.

Now, it’s possible to take a proactive approach to repair, predicting when components will fail and planning for timely repairs – no longer do repairs require grounding aircraft for extended durations. 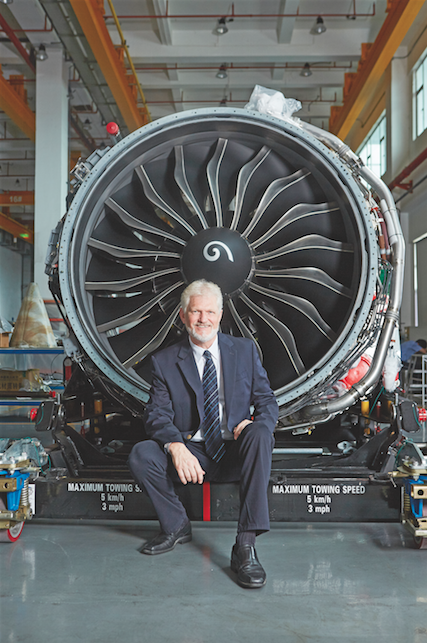 It’s evidence of how much the industry is being transformed – and in a field as critical as ensuring the safety of aircraft passengers, it means Norbert and GAMECO are much better equipped to strive for that mission.

“Our mission is very clear,” he declares. “The mission is we want to deliver safe and reliable aircraft, on time, ready for flight.” In line with his talk about GAMECO’s ethos of teamwork, Norbert works alongside the company’s leadership to achieve this mission. Along with the board, shareholders and executive team, he forms just one part of GAMECO’s leadership.

“The communication and alignment in this team is my responsibility, to lead this team through the challenges ahead,” he says. “As CEO, I cannot run the whole company like a dictator. I have to share leadership, especially because I’m a foreigner. I don’t speak Chinese, so communication is a big part of leadership.

“We also have many relationships inside China – Chinese customers and government authorities, for example. This is where I have to rely on my counterparts to have these relationships maintained and align all our interests there. In my situation, a shared, situational approach is what I find to be successful. It’s different from what might work in Europe or the US, but I find it very effective here.” 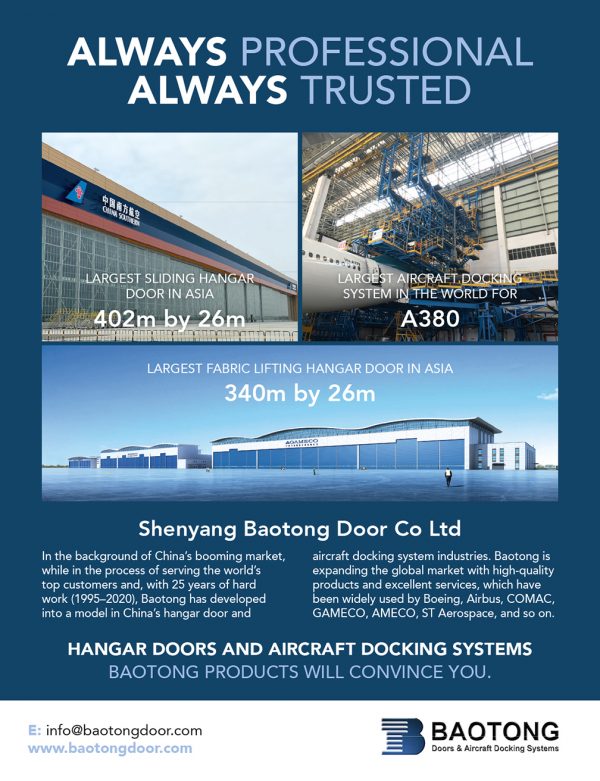