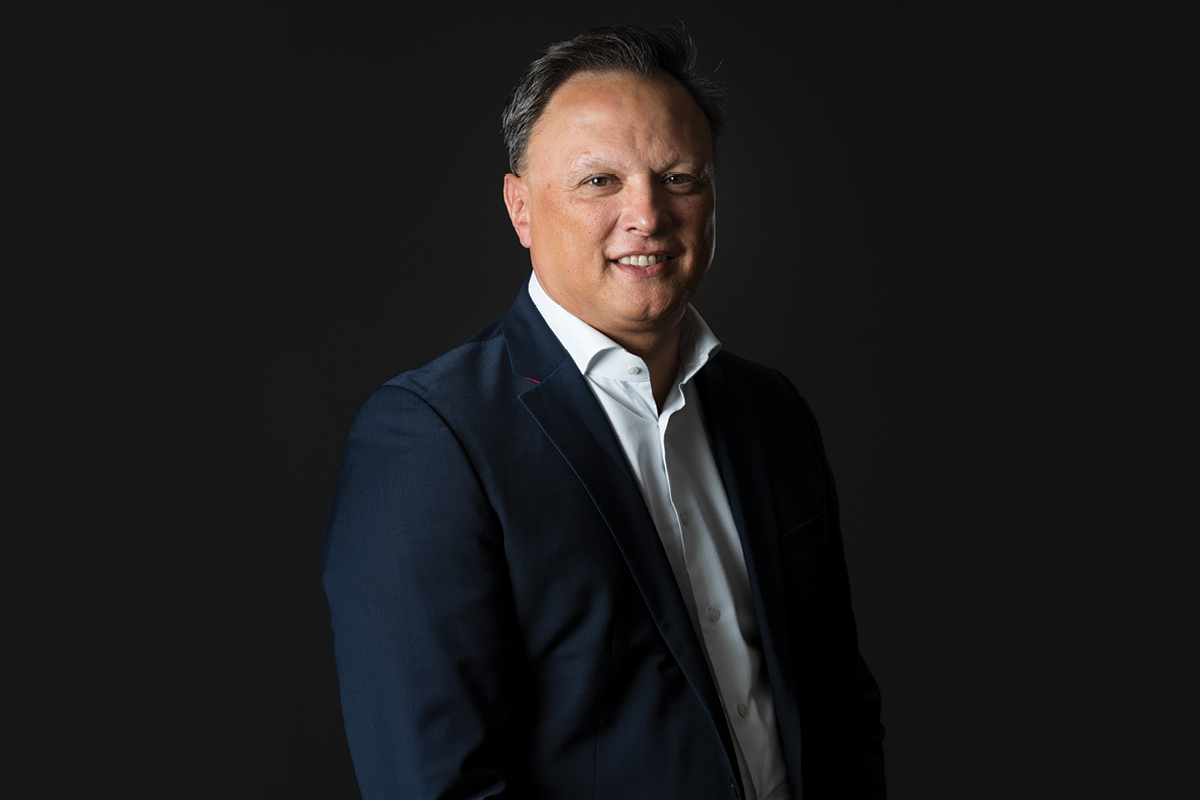 When it comes to his job, Roddy Lafontaine considers himself a no-nonsense guy. “In Rotterdam, we have a saying that goes, ‘niet lullen maar poetsen’, which means ‘stop talking, start working’,” he says. And that’s exactly what Roddy has been doing for the past three decades.

His first job fresh out of university was with Dutch maritime industry leader Heerema Marine Contractors, which turned into an extended tenure lasting an impressive 24 years. This was followed by his current position with Jumbo Offshore, which began six years ago.

Even after so many years, Roddy retains his enthusiasm for his work. “I think a small, or maybe a big part of it, is the boys’ toys stereotype,” he explains. “I like ships, I like big tools, I like working with big machines to accomplish and construct something even bigger.”

Jumbo Offshore is an arm of the Netherlands-based heavy-lift shipping and installation contractor, Jumbo. As the ‘offshore’ part of its name indicates, it handles the company’s offshore projects.

Given the division’s specialisation in heavy-lift vessels with capacities of up to 3,000 tonnes, Roddy has had many opportunities to indulge his love for big machines. His latest project is developing Stella Synergy, a new heavy-lift crane vessel powered by liquefied natural gas (LNG).

Designed in collaboration with shipbuilding firm Ulstein Design & Solutions BV, it is due to be delivered in the first quarter of 2022. The vessel will have a depth rating of 3,000 metres, a main crane that can take up to 2,500 tonnes in weight, and will measure 185 metres in length and 36 metres in width.

However, this project is not about being the biggest but “the best in efficiency and quality, what we refer to internally as being smarter, safer, greener” says Roddy. To opt for Stella Synergy to run on LNG fuel was an easy decision for Jumbo as, today, minimising the impact on the environment during offshore construction activities is the norm.

With governments pushing for the adoption of cleaner energy sources and a climate of increased environmental awareness, the ship represents part of Jumbo Offshore’s future-proofing strategies. Roddy believes that the additional investment required will be worth it in the end. “The industry today is no longer oil driven, unlike in the old days,” he points out. “If we’re talking about fossil fuels, gas is the new buzzword and considered the transition fuel.”

In addition to gas/LNG, Roddy has also highlighted another area of focus for the firm – offshore wind energy, particularly the construction of wind turbine foundations.

“Offshore wind farm development is a fairly new sector in comparison to oil and gas,” he explains. “Many of them today are subsidised by local governments, but I believe that the subsidies will stop in the future. That’s when it will be important for the harvesting of wind energy to become as efficient as that of oil and gas.

“Ships are the hardware, and the people and systems are the software. They should always be in balance.

“Another market challenge today is that accessible shallow water locations are becoming scarce. The first wind farms were located in shallow water areas with high wind energy, where development was simpler and cheaper. But these areas are all taken up now. In the future, wind farms will have to be moved into deeper waters. This process will entail technological developments.”

With Jumbo Offshore’s extensive know-how in deep-water offshore installation gained from oil and gas deep-water moorings, it would have no trouble leading the charge in developing deep-water wind farms.

In preparing the company for a future that will inevitably be dominated by LNG and offshore wind energy, Roddy believes that the key lies in developing talent. “We need to make sure that our people remain on top in an increasingly complex offshore world,” he says.

“For the past few years, the company has been occupied with not just designing ships, but also maturing our organisation. To me, ships are the hardware, and the people and systems are the software. They should always be in balance with each other and the environment.”