“My passion is about building solutions.”: Roland Keller 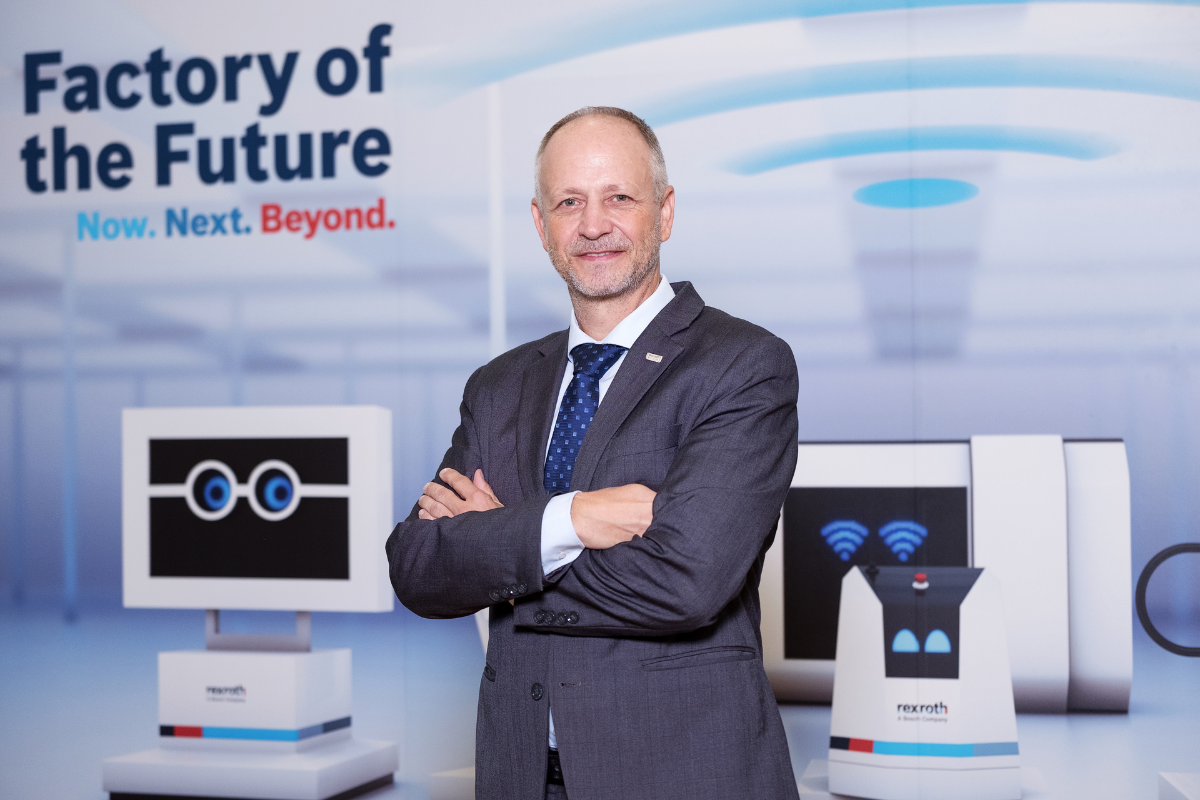 Today, Roland Keller’s career with Bosch Rexroth has spanned four continents over more than three decades. “I literally grew up with Rexroth,” he laughs.

“I first started working for Bosch Rexroth in 1987, while I was still in school and doing a summer program there. After completing my compulsory military service in Germany, I started in a dual corporate education program, where the company partnered with a university. I’ve had so many opportunities through Bosch Rexroth, working abroad and in different cultures, really intrinsically experiencing and graduating from this school of life – that’s all made me a man rich in experiences.”

Roland officially joined the team in 1995 as an electrical engineer with a focus on automation, climbing the ranks in a variety of roles across the company, including as Machine Tool Application Manager, Senior Director Excavator Center, Deputy CEO of the Hytec Group branch, with time spent in Germany, the US, China and South Africa.

In 2017, he moved to Singapore, where he was appointed Regional President of Bosch Rexroth ASEAN and Oceania. Now, even after more than three decades, Roland says his drive and passion are stronger than ever, and he’s still proud to be part of a company that enacts such tangible change.

“At home, if something is broken, I love fixing it,” he shares. “To this day, I’m still an engineer through and through. My passion is building solutions – whether it’s making a paper mill more efficient or increasing the productivity of machines for other industries, no matter where we go, there’s always this drive to make things better.

It’s about adapting to your circumstances and operating with all your senses, not just with your brain.

“When you’re providing flood barriers for Da Nang, providing hydropower to the area here in Asia or helping a recycling service plant in Australia recycle scrap metal more efficiently, everything gets an even bigger meaning. It’s incredibly meaningful to me, and makes me proud to be doing what we do. I don’t see many other companies that offer such a broad spectrum of solutions.”

Roland explains that while innovation has always been the number one priority for Bosch Rexroth, refining its ideas and culture a few years ago was a necessary step towards building a better future.

In particular, when Rolf Najork joined the company, he set in motion a number of initiatives that transformed the entire operation. “He revitalised the whole organisation when he came on board with the statement that he wanted to make this diamond shine again,” Roland says. “We had record profits last year across the whole company, with US$6.2 billion turnover – before, we were below US$5 billion, so he’s done a fantastic job. He also changed the culture. Our slogan used to be ‘We move everything’, but he changed that to ‘We move. You win.’ He distilled it down to a digestible level and ensured there was a clear vision, for us as well as for the customers. He sent a very simple message to the whole organisation and everybody all of a sudden was moving in the same direction. It’s about being innovative, agile, excellent and bold.”

Today, Bosch Rexroth employs roughly 31,000 people worldwide, and has garnered a reputation as a leading producer of mechanical and plant engineering solutions globally, providing cutting-edge engineering technology to create safe, efficient, intelligent and powerful products. As a leader, Roland is a firm believer in the benefits of a transparent discourse and the power of ensuring a sense of self-ownership within employees to drive productivity.

“It’s about adapting to your circumstances and operating with all your senses, not just with your brain,” he says. “For me, that also includes the gut – know and understand your gut feeling. Be authentic, don’t work for yourself, work for the greater good of the company. Be compassionate and support your team. When I go back to China and see colleagues that I hired, and they’re running everything today, really, that’s my reward.”

By speaking with employees across every level of the company, Roland guarantees that he has a comprehensive understanding of what’s going on within the company and can find solutions to any problem, regardless of the scale.

“I see myself as the person who goes in, rolls up the sleeves, understands the problem and is able to fix it,” he says. “Don’t stay on the surface, don’t be superficial – it’s important to be pragmatic without driving an academic approach. Being hands-on is so much more effective.”

Roland explains that without an efficient and unified team, Bosch Rexroth would cease to exist. So for many years now, the company has been particularly focused on the cultivation of a company culture that sees communication and collaboration as the core values driving each decision.

“The basis of our company is passion and collaboration,” he says. “That’s what makes a winning team. I’m a team player through and through. I make sure that my kids do team sports, because that’s what life, and the workforce, is really about – building the spirit to fight together. That’s what unleashes the power.”

By nurturing vital supplier relationships and seeing its competitors as collaborators rather than rivals, Bosch Rexroth has ensured that there is ongoing growth across the industry. “My CEO in South Africa used to say, ‘You will never have 100% of the market,’ and it’s something I still remember,” Roland shares.

“Because it’s important to work with partners, but also with competitors. Competition is healthy – it gets the best result out of everything. So whether you collaborate as a partner or you compete in the same market, it all has to do with not working alone, not having a monopoly. It’s the most sustainable thing that you can do to drive prosperity in the long-term.”

Roland is sure that Bosch Rexroth will endure as the industry leader, thanks to its prioritisation of innovation and with the knowledge that by supporting employees, not only will the company flourish, but the entire industry too. “Our endeavour is to help shape the factories of the future, to industrialise construction and build more efficiently,” he says.

“The future is about collaboration, and when people feel empowered, everybody is more likely to contribute and therefore guarantee prosperity on a sustainable level. Even during this tough period, this drive to be competitive, to be aggressive, to be bold, and go out and capture market share is what’s keeping us afloat. It’s still inspiring.” 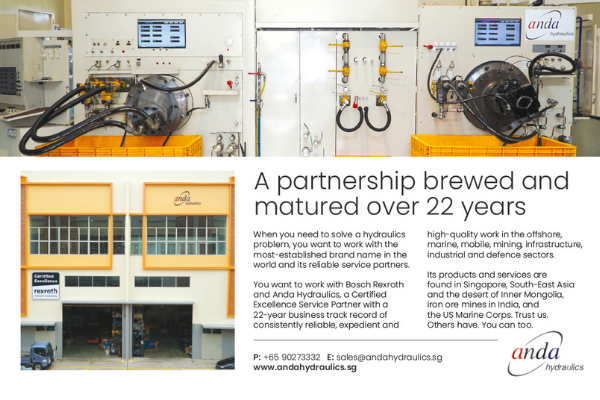